BMW Group Won the Sales War with Daimler for 2018

Sales figures for the 2018 year have just been published and it looks like the BMW Group managed to overtake Daimler in the non-official but totally real ‘sales war’ we’re dealing with today. The BMW Group sold a total of 2,490,664 (+1.1%) BMW, MINI and Rolls-Royce models worldwide in 2019 while Daimler (Mercedes-Benz and smart brands included) added up to 2,438,987 units (+0.6%). When it comes to the BMW and Mercedes-Benz brands, the company with the three-pointed star claims the win with 2,310,185 units vs 2,125,026 for the Bavarian brand.

Nevertheless, BMW’s year was a record breaker for the eight time in a row. Sales of the BMW-brand vehicles went up by 1.8 percent compared to 2017 and the Munich-based giant is expecting even better numbers in 2019: “While we expect market conditions to remain challenging this year, new models like the all-new BMW X7 and the seventh generation of the BMW 3 Series, combined with an ever-greater focus on our customers and their needs, mean we at the BMW Group expect to grow sales slightly in 2019, while maintaining our clear focus on profitability,” said Pieter Nota, BMW AG responsible for sales and brand BMW. 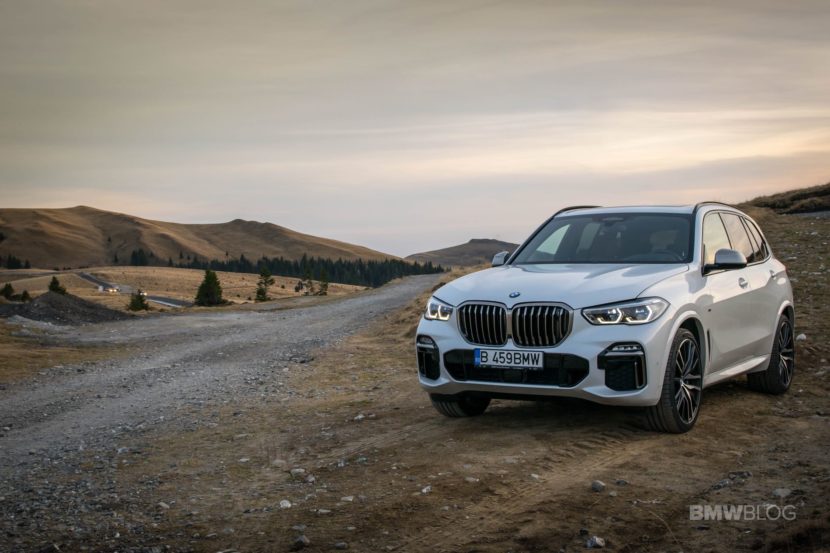 Of course, the best-selling models in the range were SUVs, as expected. Sales of X family models went up by 12.1 percent to 792,590 units or 37.3% of all BMW sales. The BMW 5 Series was also quite popular, sales of the sedan going up by 12.7 percent in 2018, a total of 328,997 units being delivered to customers last year. The biggest increase, percentage-wise was in the electrified field though, where sales have gone up by 38.4 percent.

In total, 142,617 electrified BMW and MINI vehicles were sold around the world in 2018. The plug-in hybrid BMW 530e was the company’s top-selling electrified vehicle in 2018. In total, 40,260 were sold around the world, accounting for 12.2% of global BMW 5 Series sedan sales. The MINI Countryman Cooper S E ALL4 also proved to be quite successful, adding up to 13,219 units, accounting for 13.3% of all MINI Countryman sales. The BMW i3 posted a sales increase of 10.6 percent, despite being 5 years old, 34,829 units being sold worldwide.

As for what region bought the most cars, it’s pretty obvious that Asia claimed the biggest chunk, thanks to the world’s biggest car market, China. The Chinese market recorded an increase of 7.7 percent last year, buying 639,953 BMW cars. The US market came in second with 354,698 units (+0.5%) while Germany claimed the third place with 319,134 units (+2.5 percent). The EU market once again was the biggest customer as a whole buying 1,097,654 units overall.

bmw-salesMercedes-Benz sales
Previous post LEAKED: Toyota Supra leaks ahead of Detroit reveal
Next post How Alex Zanardi’s driver changes will work at the 24 Hours of Daytona