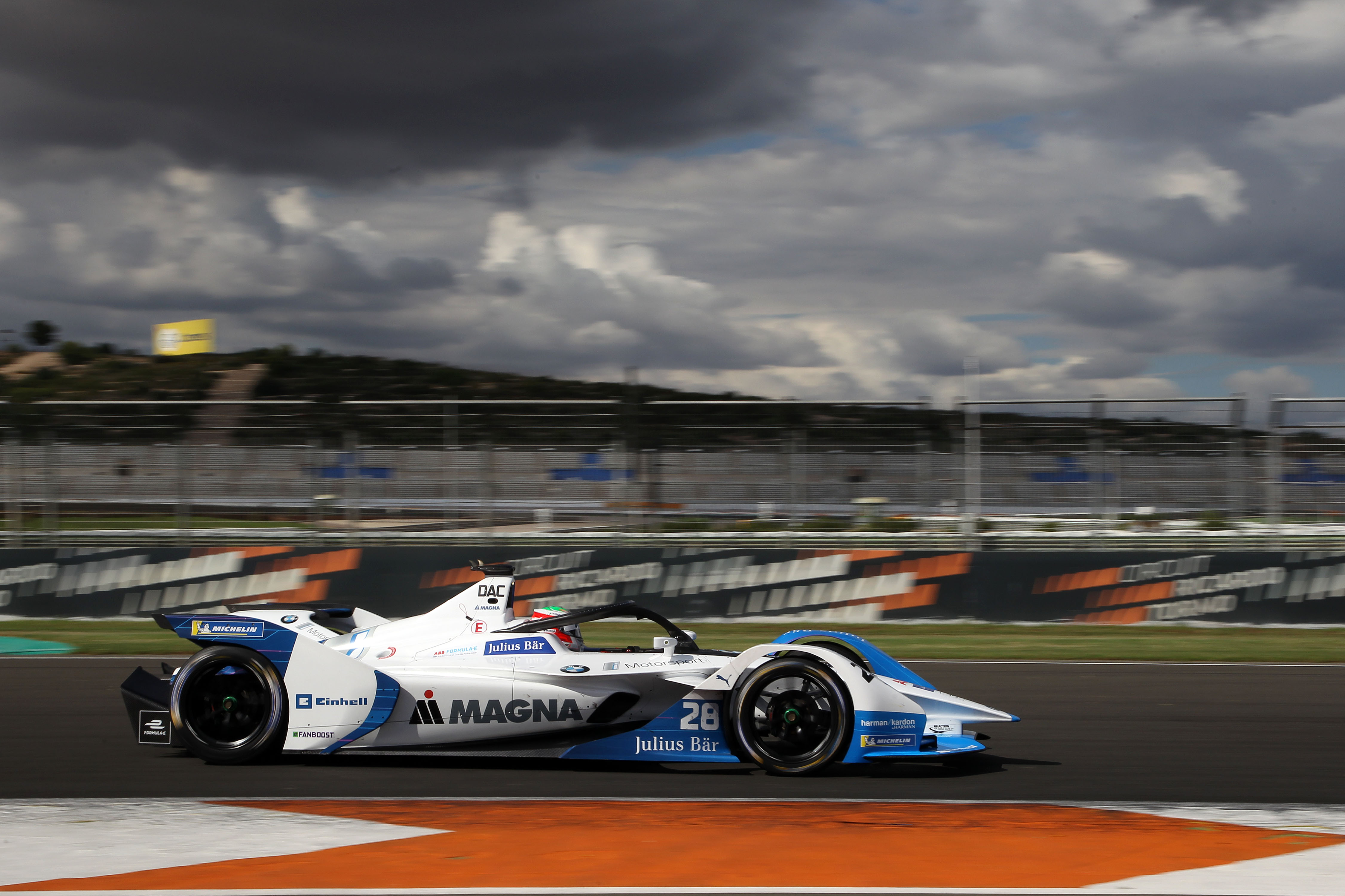 BMW i Motorsport gives us an overview of the in-house development of the BMW iFE.18 Formula E racing car which has just won its first race in Saudi Arabia.

As well as the drivetrain, the rear-end and the rear suspension are the two areas where the BMW i Motorsport engineers had the greatest leeway for their own developments. While the chassis, battery and tyres are standard Formula E parts, in order to keep a lid on costs, the engineers at BMW i Motorsport designed the rear axle, including suspension and shock absorbers, themselves and integrated the drivetrain in the rear part of the car. As each drivetrain has its own individual properties, each team is responsible for integrating the drivetrain into the rear-end structure of the cars and finding a cooling set-up that suits these properties. 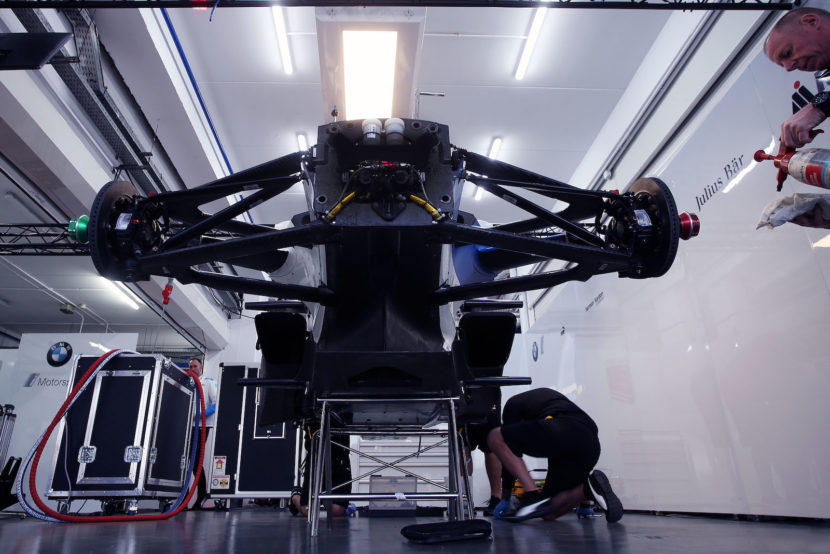 The team can configure typical set-up parameters on the chassis of the BMW iFE.18, such as spring rates, anti-roll bars, ride height, toe and camber. The chassis set-up plays an important role in achieving maximum mechanical grip on the tarmac surfaces of the street circuits, some of which are very uneven compared to permanent racetracks. It is also important that both the chassis and the rear-end structure are robust enough to cope with driving over aggressive kerbs and light contact with the barriers on the street circuits used in Formula E.

The so-called Generative Design process was used when developing various components. This made it possible to directly derive the design of the components from the load cases, with the assistance of computers, to incorporate the experience and expertise of the BMW i Motorsport engineers, and then to produce the components from aluminium using a 3D printing procedure. In the case of other components, this combination of know-how and technology has made it possible to very efficiently integrate various functions, such as in the cooling circuits, in very few parts.

The many years of experience possessed by BMW i Motorsport engineers in the development and production of fibre-reinforced plastics really came into its own in the design of the rear-end structure. The structure is not only very light, but a wide range of functions have also been integrated directly into the structure. The crash load requirements of the sporting authorities were also met in full and without any problems at the first attempt.

Another major in-house BMW development is the electronic, brake-by-wire braking system. The introduction of this system represents a big technological step for Formula E and, in this regard, takes it to the same level as Formula 1 and the LMP1 category in the FIA World Endurance Championship. As of Season 5, brake-by-wire controls the relationship between mechanical braking force, when the driver pushes the brake pedal, and the braking effect generated by energy harvested during deceleration and braking. When the motor recovers energy from the braking process during the race, it basically functions as an additional brake on the rear axle of the car. Previously, drivers had to manually adjust the brake balance to balance the additional braking effect. The electronics on the BMW iFE.18 now perform this balance.

The integration of the brake-by-wire system and, above all, the software logic developed by the BMW i Motorsport engineers, significantly increases the regeneration potential – the maximum amount of energy that can be fed back into the battery when braking. Finding the best possible configuration of this software is crucial to be able to contest the entire race distance with maximum power from the battery, whilst complying with the amount of energy permitted by the regulations. In practice, overcoming this challenge requires the engineers to achieve the best possible relationship between speed and energy management. Their task is to calculate a race time optimisation with the limited amount of energy. It is important to keep sight of all the race action – to read the data and to anticipate what may be coming – to then decide, together with the driver, in which phases of the race it is better to save energy and when to attack, to make up positions or open a gap to the cars behind.

An overview of standard parts and in-house BMW developments on the BMW iFE.18: