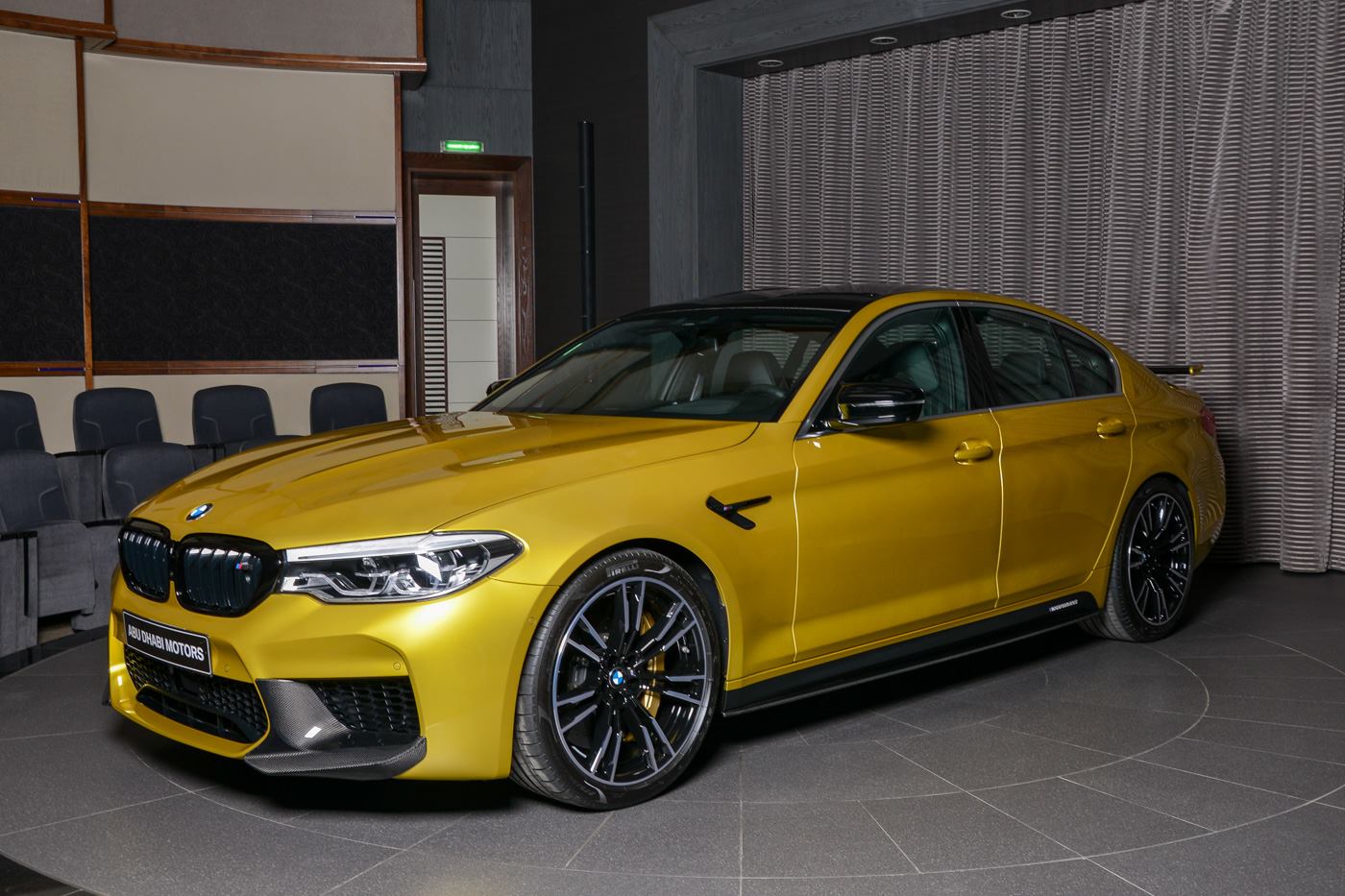 In typical Abu Dhabi fashion, the guys from probably the most well-known dealership in the Middle East brought out a brand new BMW F90 M5 wearing some of our favorite tuning bits on the market today. The car itself is stunning already as it is wearing a paint that’s normally reserved for the BMW M4: Austin Yellow. Developed specifically for the F82 M4, the flashy color seems to fit the M5 as well, making it stand out in the crowd.

But that’s not the only thing that makes this M5 special. First of all, it left the factory in Competition guise, which means it’s more of a supercar than a fast sedan. It has 625 HP and 750 Nm (553 lb-ft) of torque to rely on and a couple of well-thought-of changes done to the suspension to offer even better performance on the road. It will do 0-62 mph in 3.3 seconds and it is known to be even faster than that in independent tests. 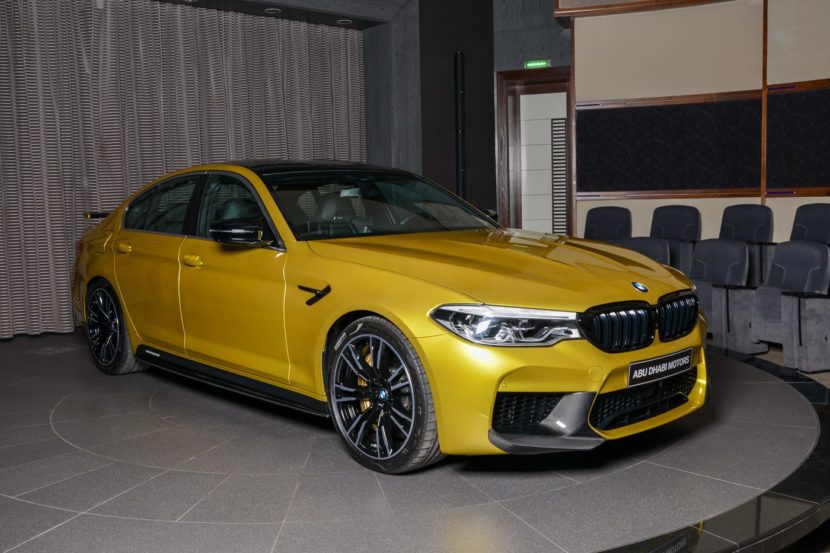 On top of that the M5 is also decked with goodies from AC Schnitzer. The German tuner has been on a roll lately, creating beautiful, functional add-ons for a range of BMW models, the most striking being the one for the M850i which basically transforms the M Performance model into a real-life M8. Getting back to the car at hand here, you’ll notice the carbon fiber goodies up front, on the sides and in the back.

The front bumper has new trims for the air intakes on the sides, the side sills are now wearing carbon fiber as well while the rear bumper has a new diffuser right in the middle, between the Akrapovic quad exhaust pipes. There’s also a massive AC Schnitzer wing on the boot, to keep the air pushing on the rear axle at higher speeds. All in all, this is a supercar – especially if it got the power bump kit from AC Schnitzer as well – that can carry four people in absolute comfort. What more can you wish for? 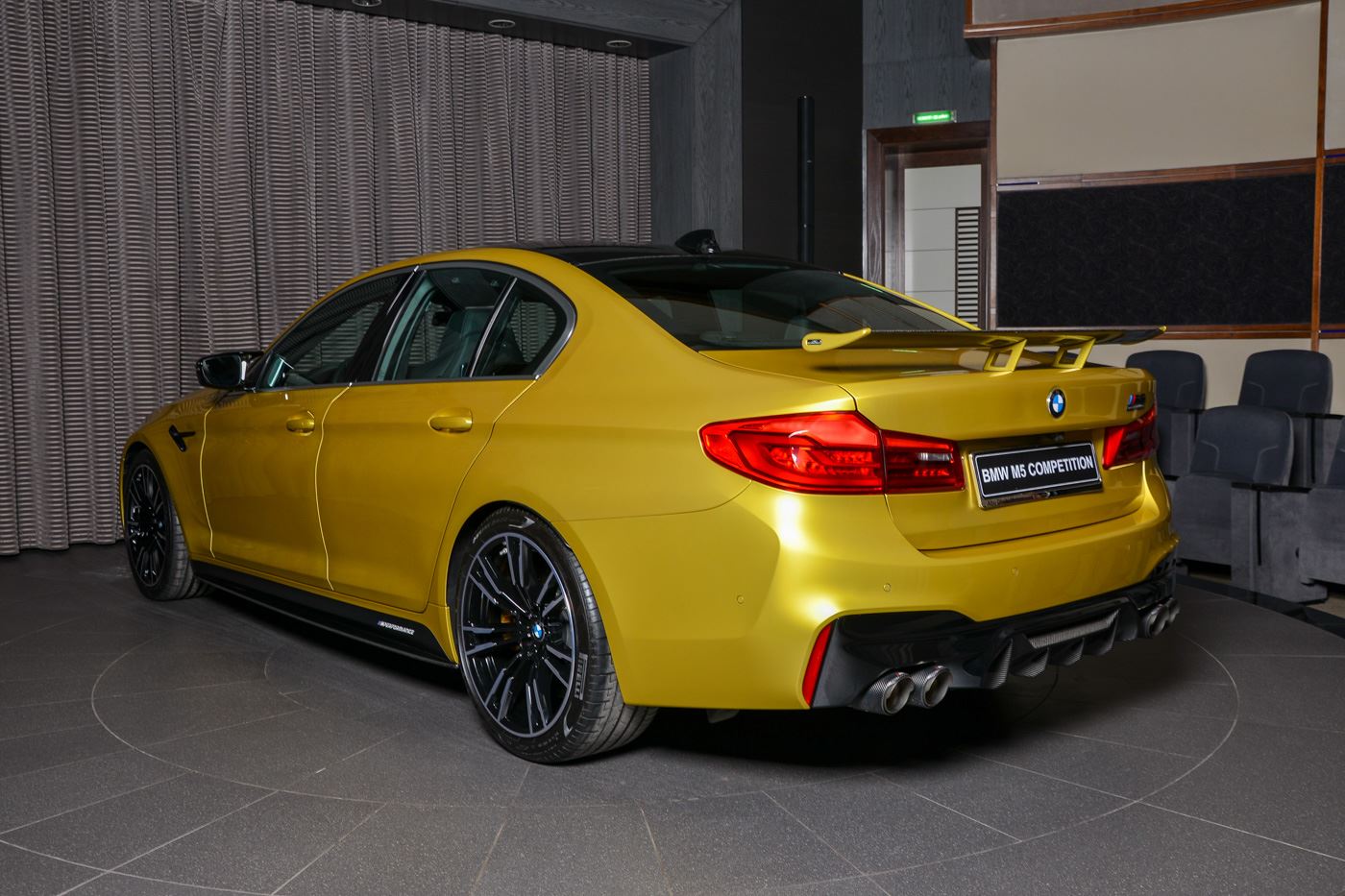 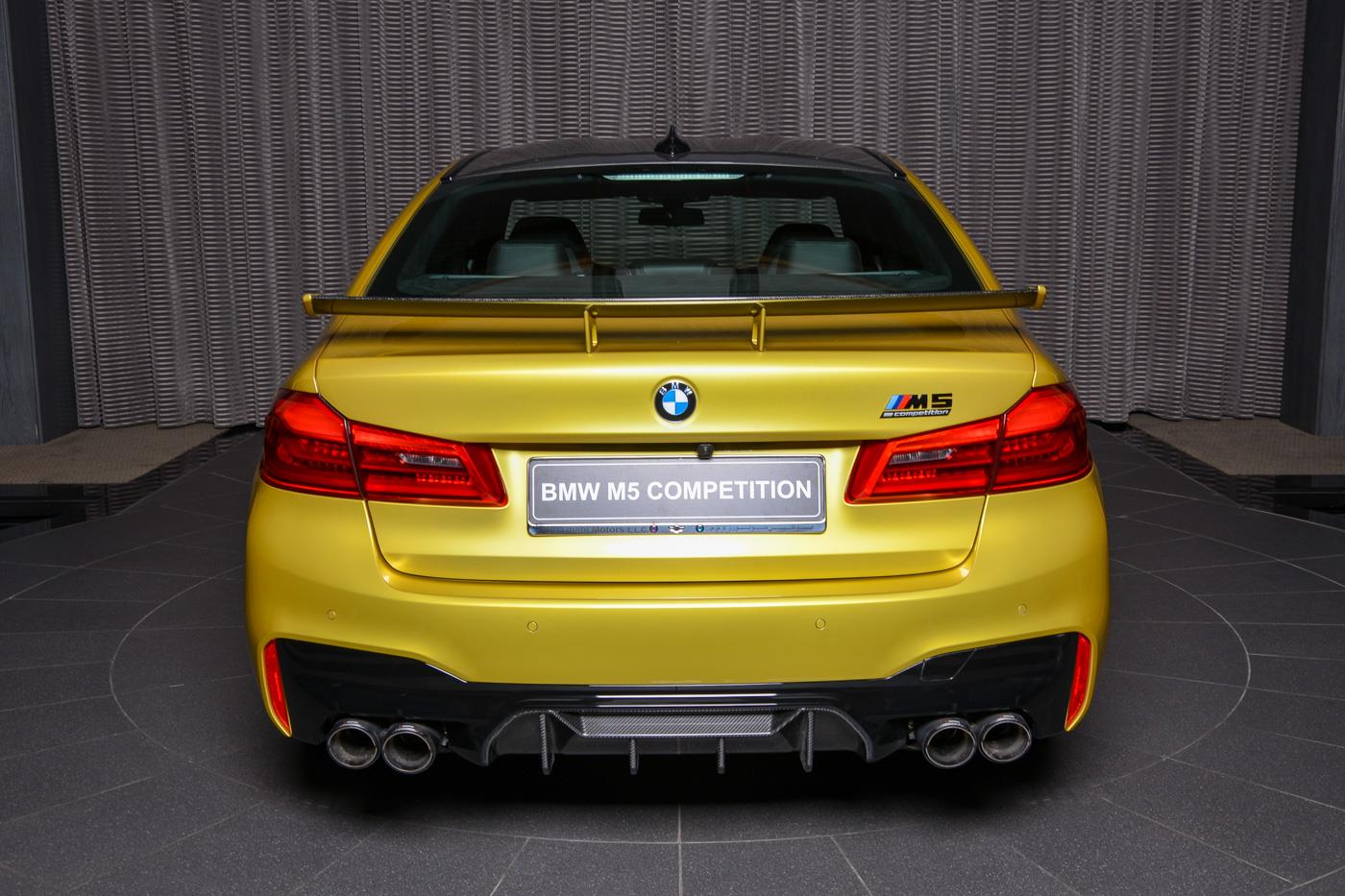 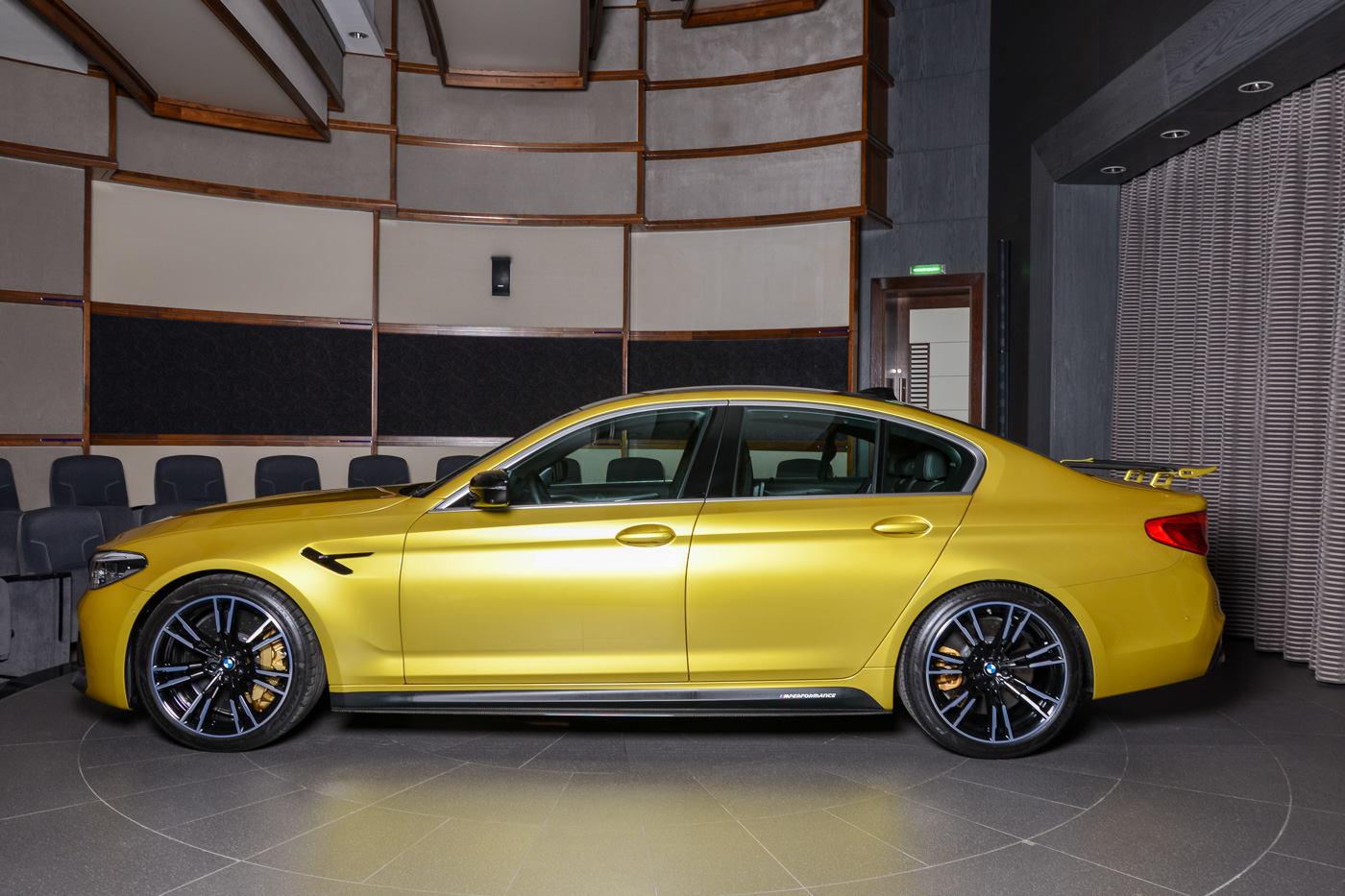 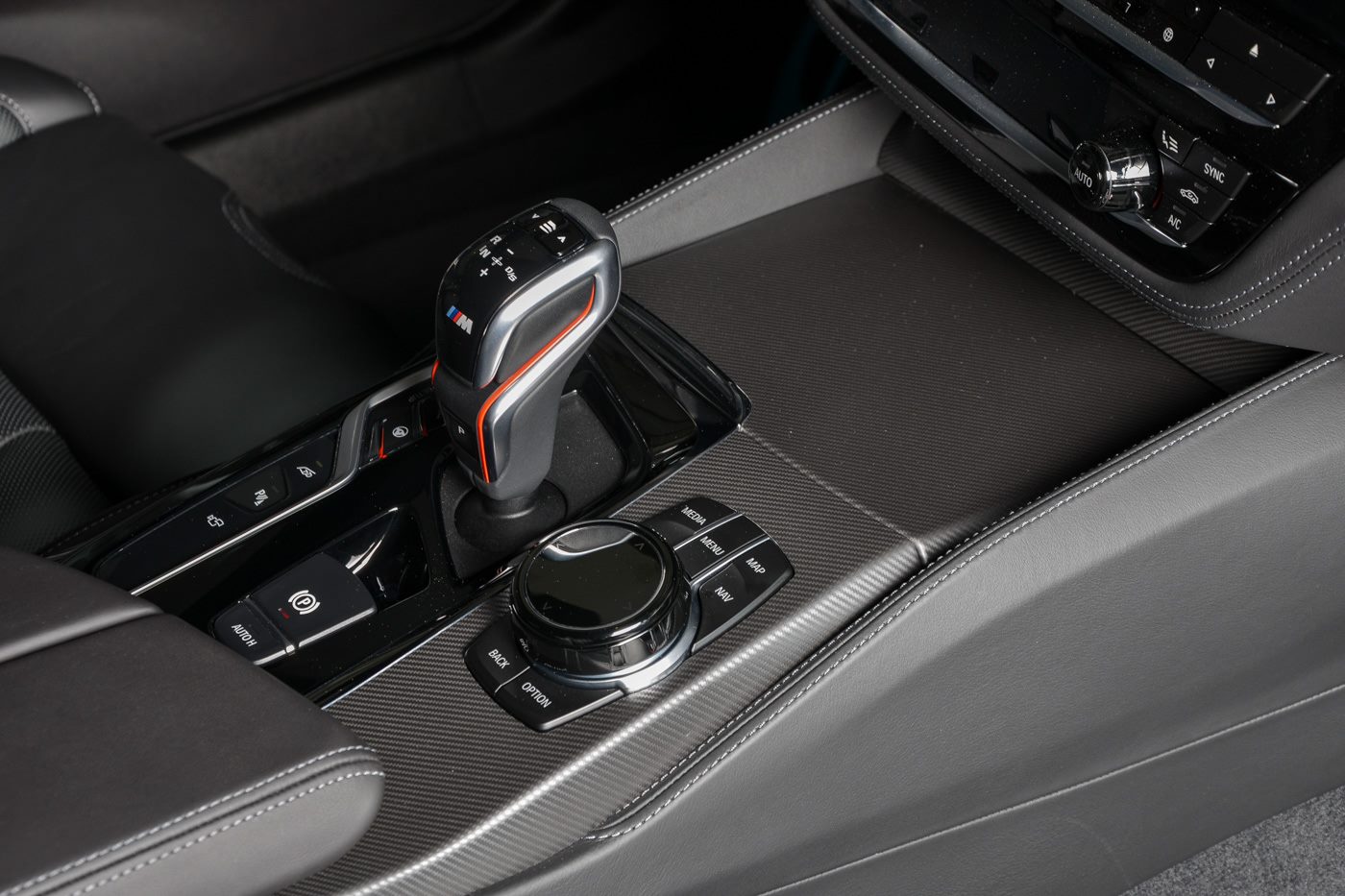 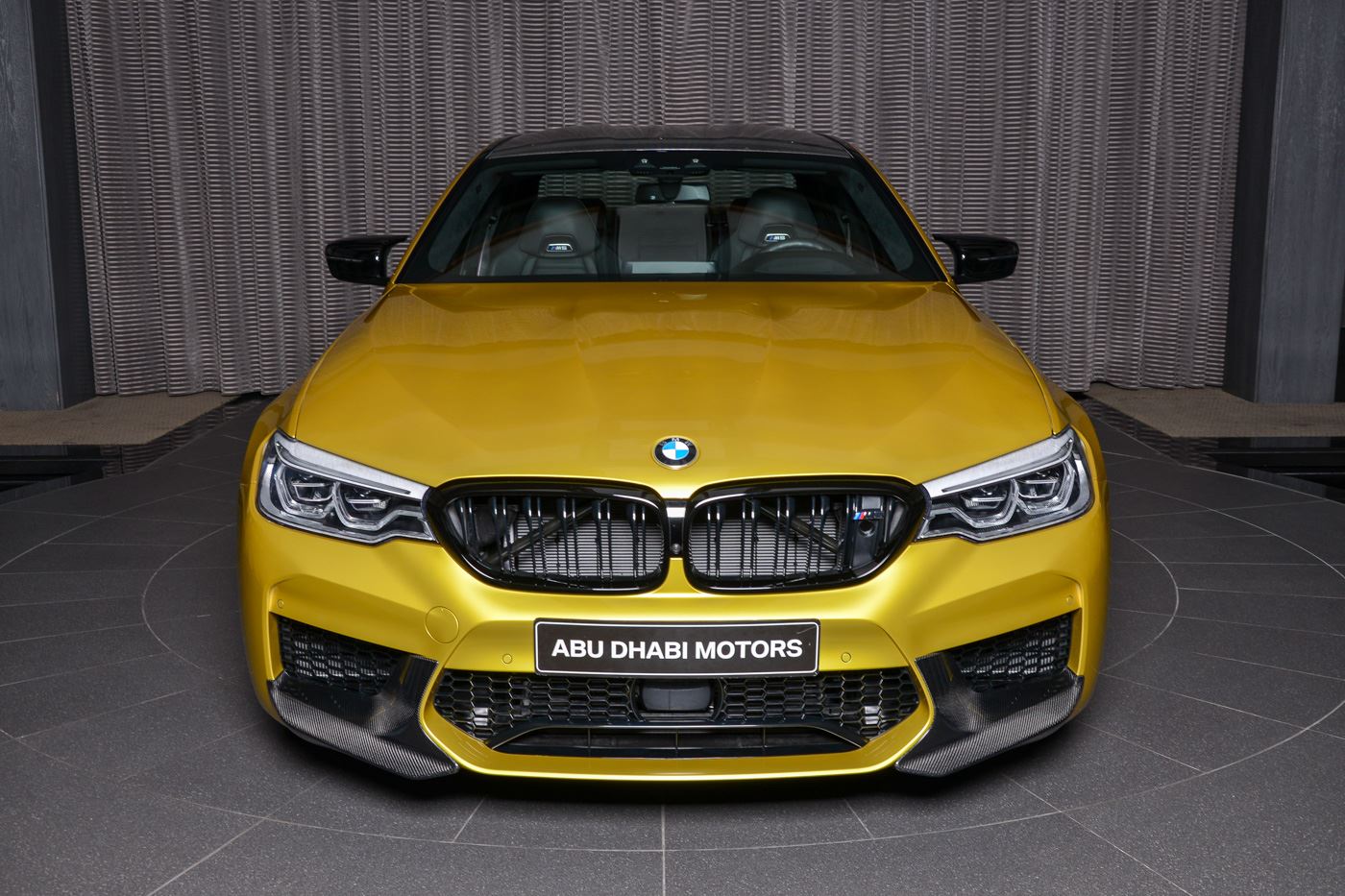 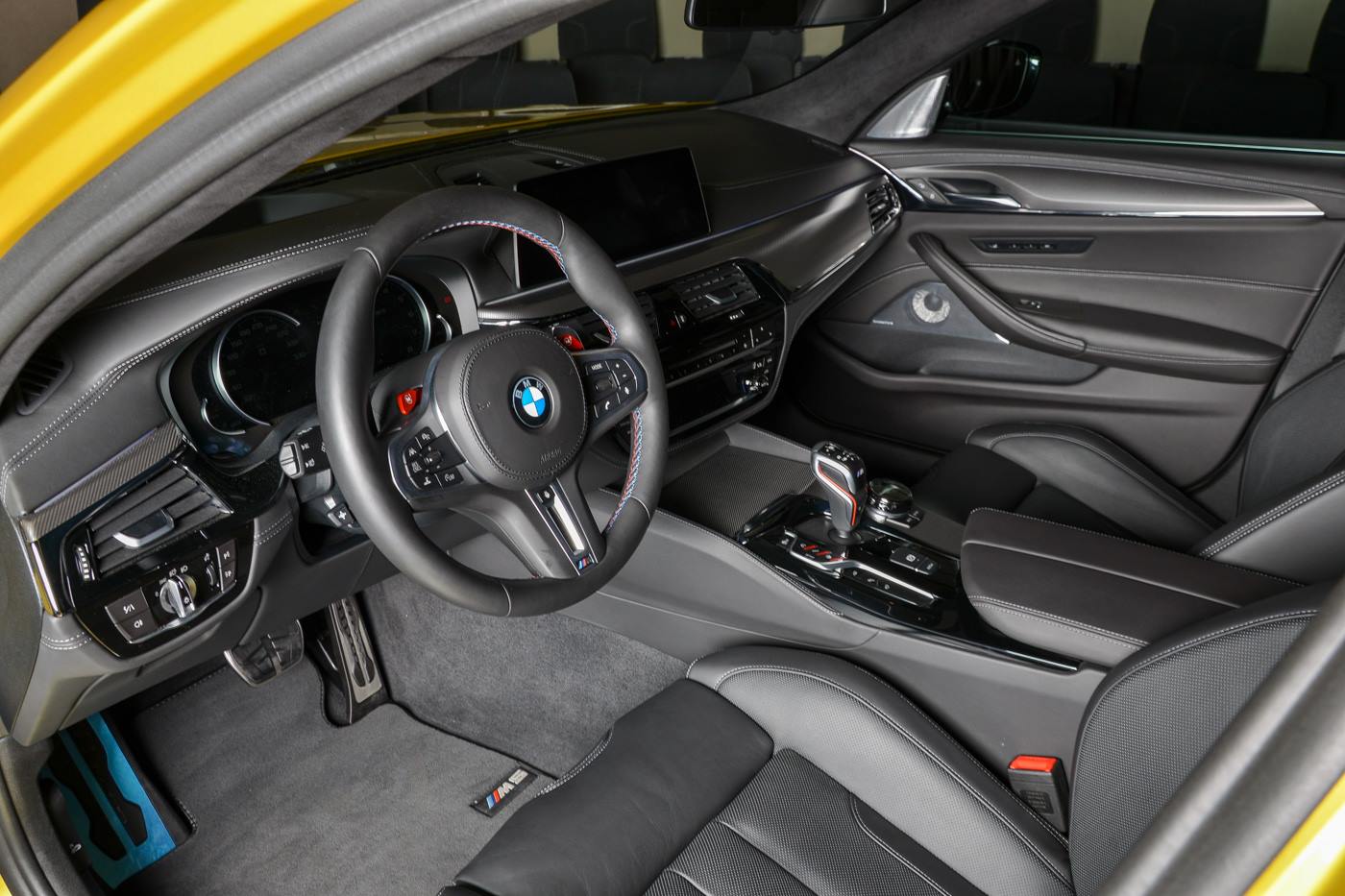 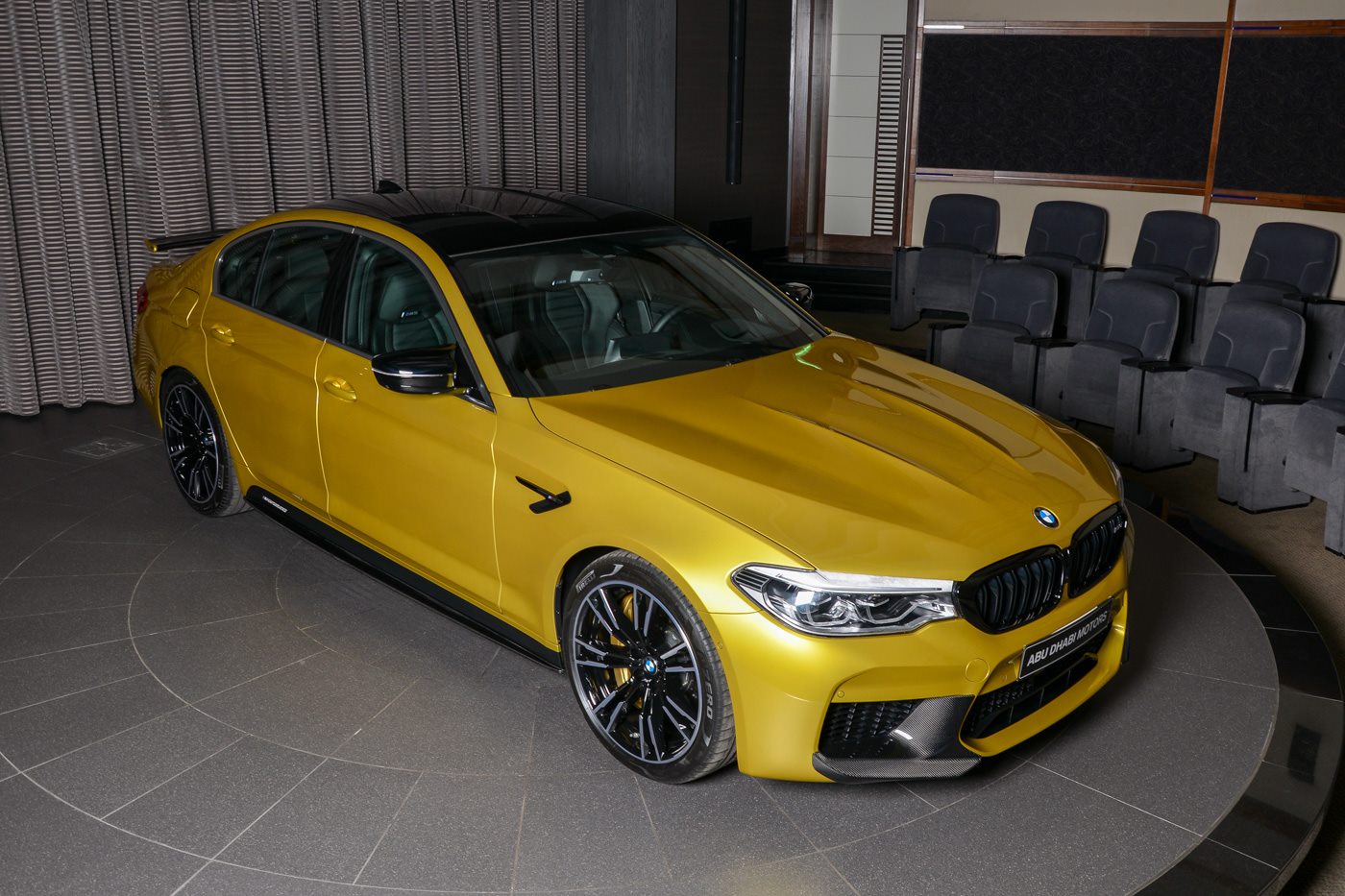 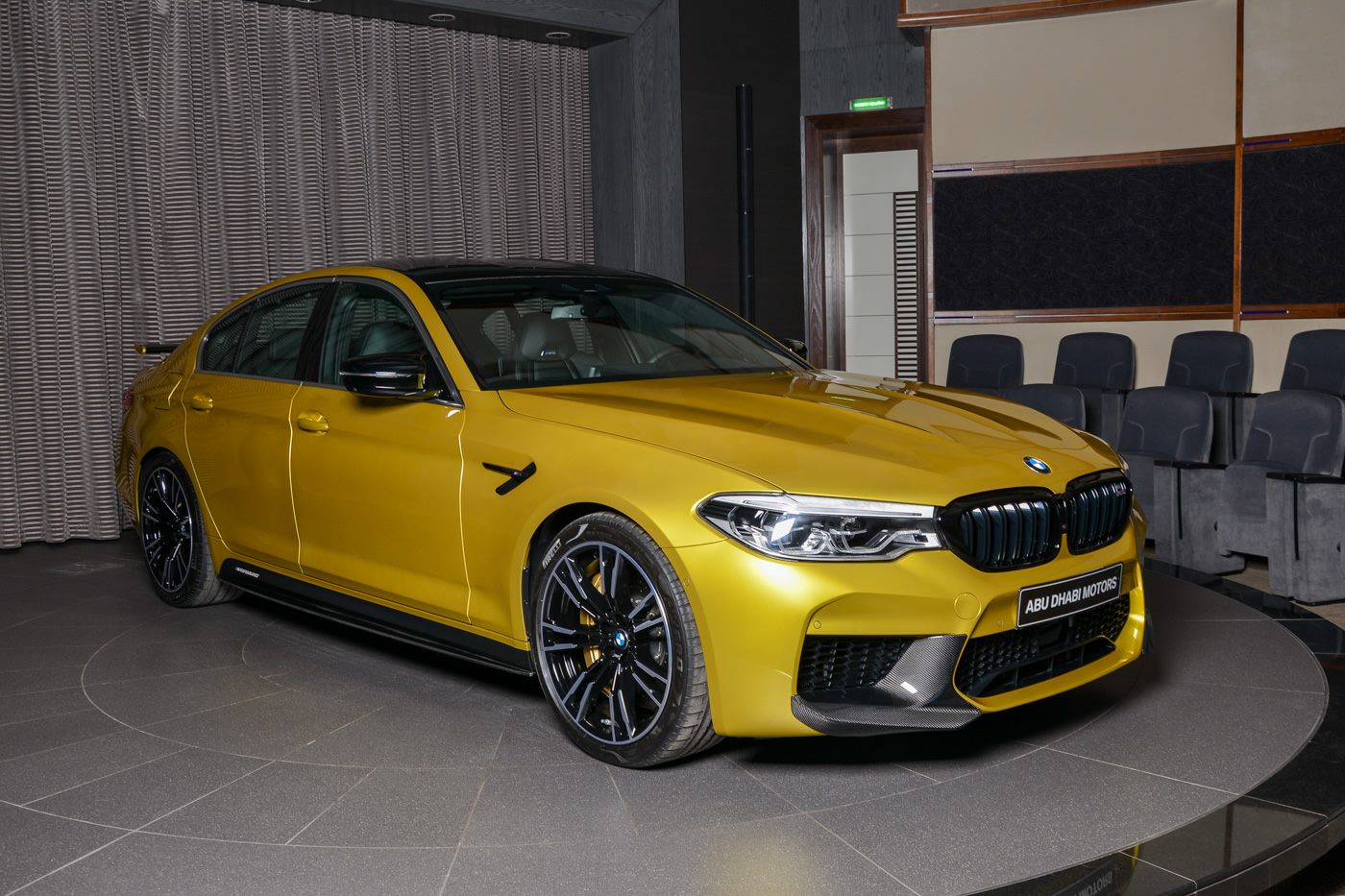 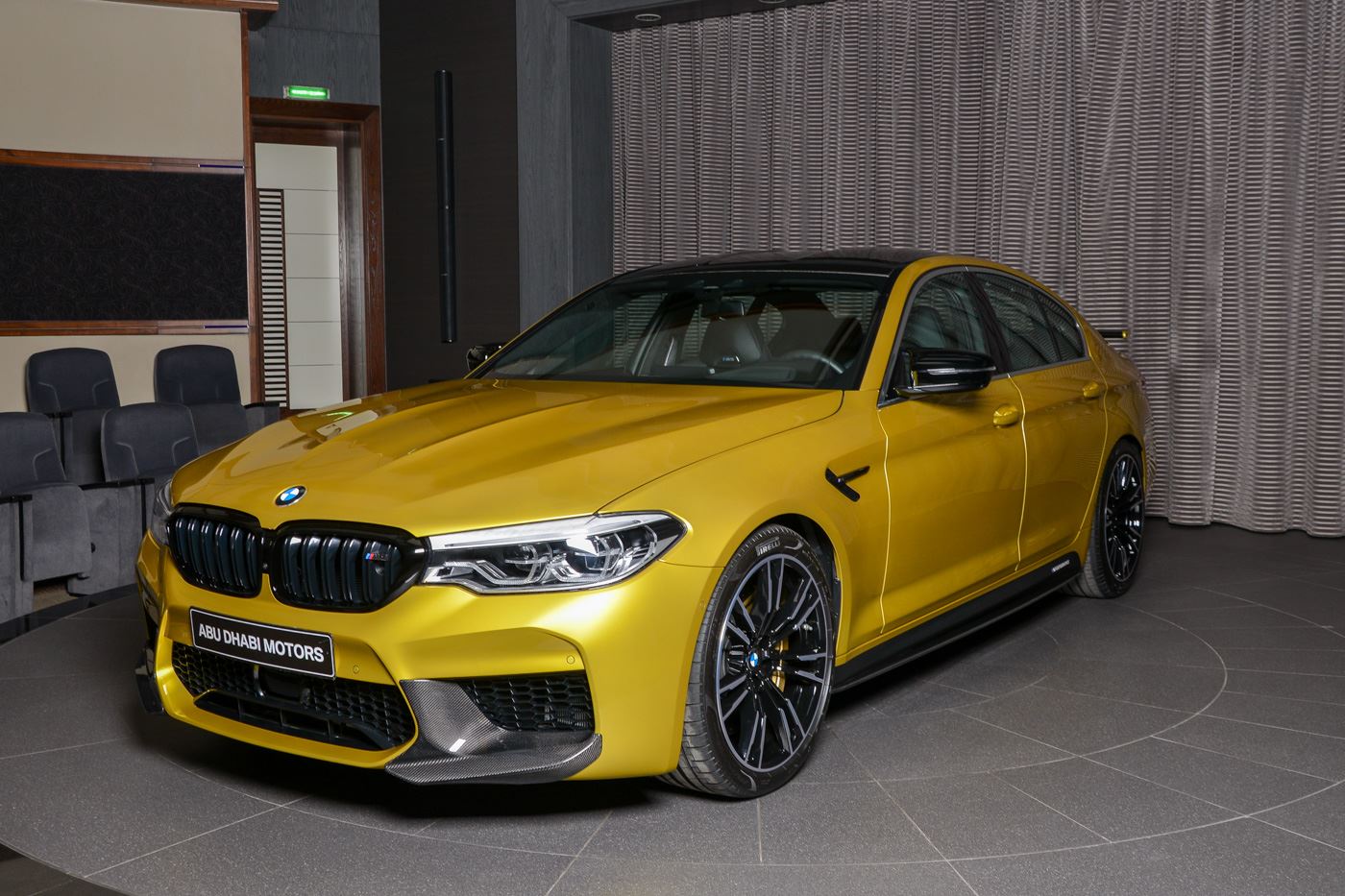 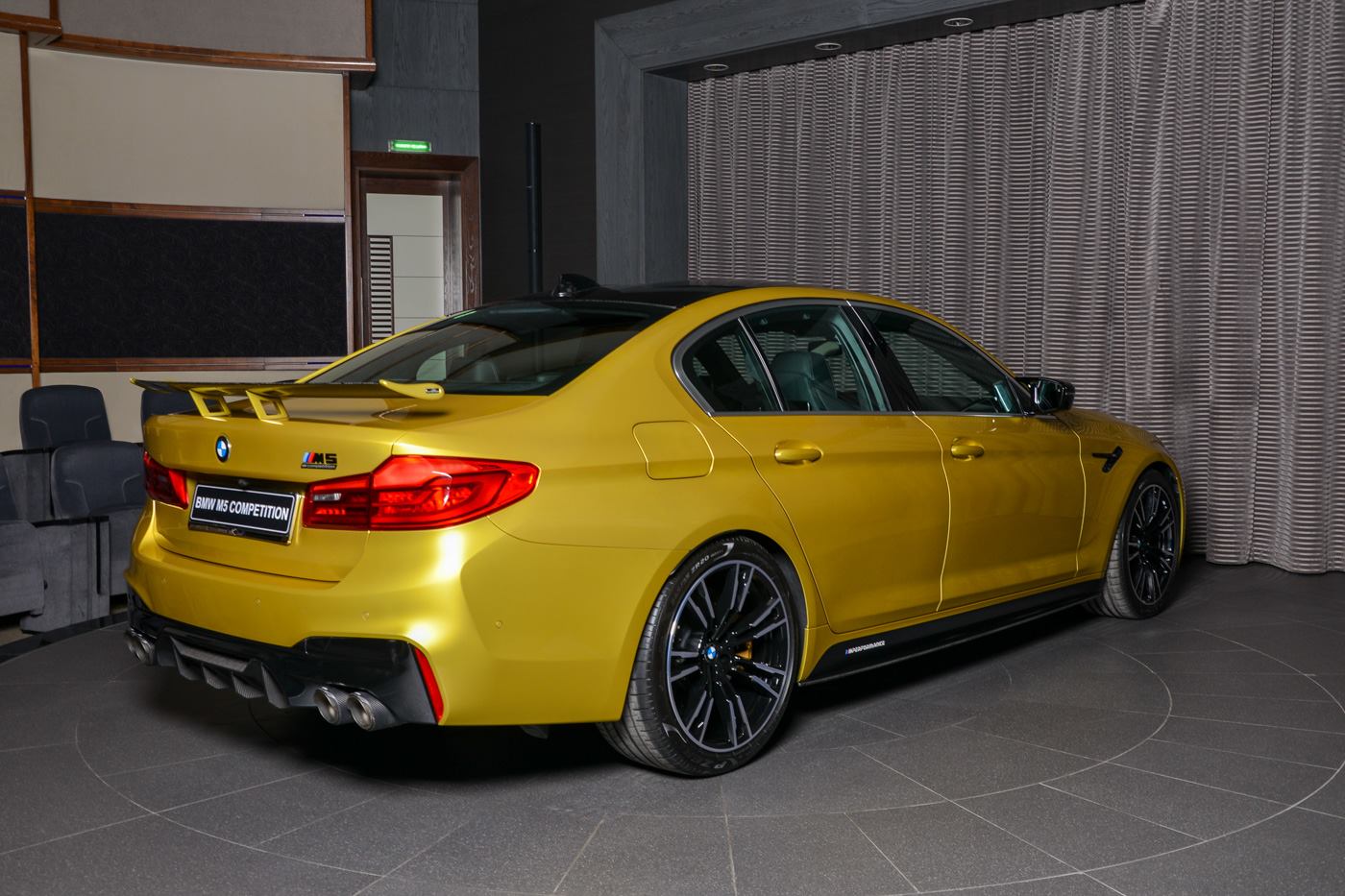 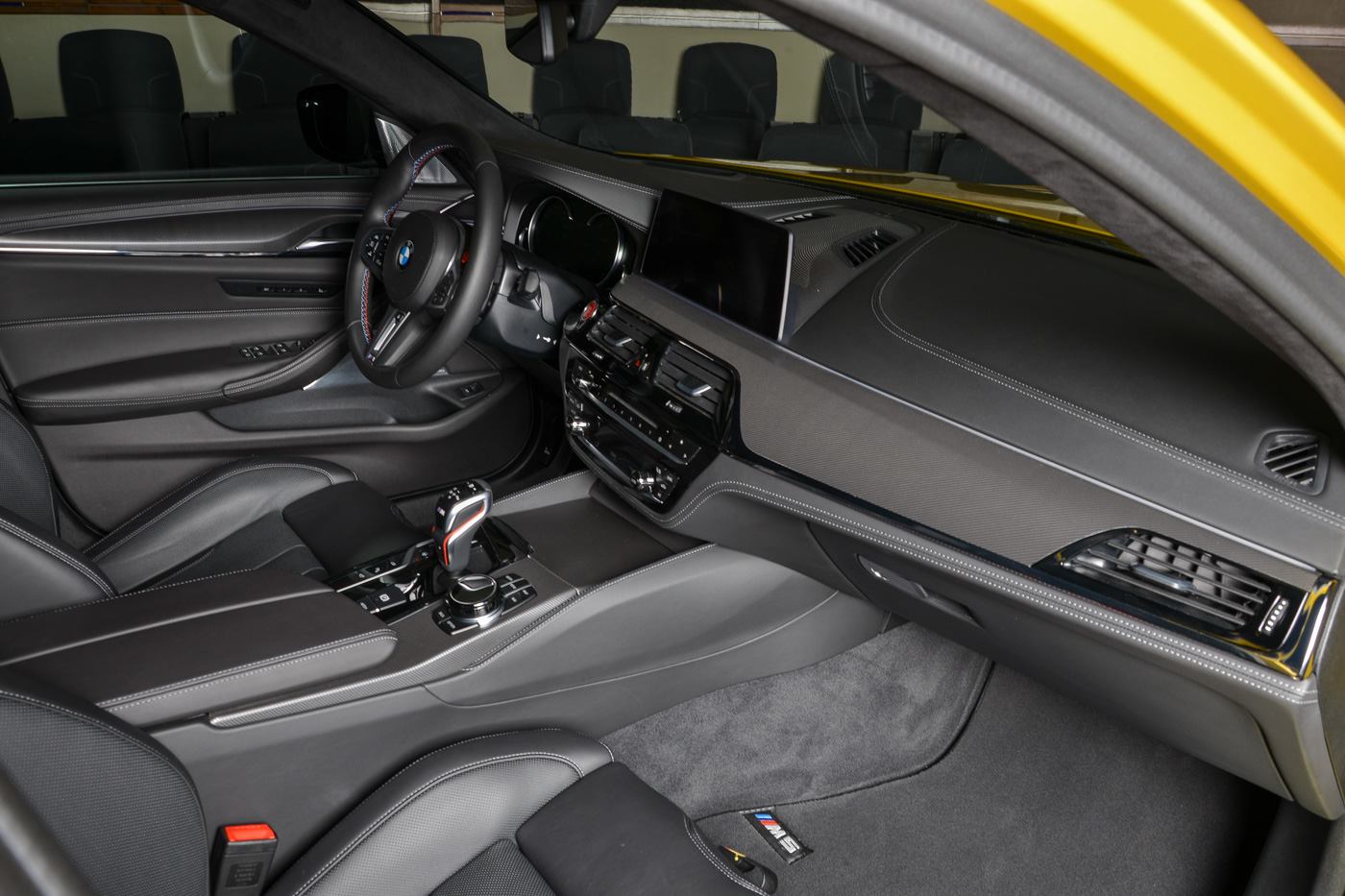