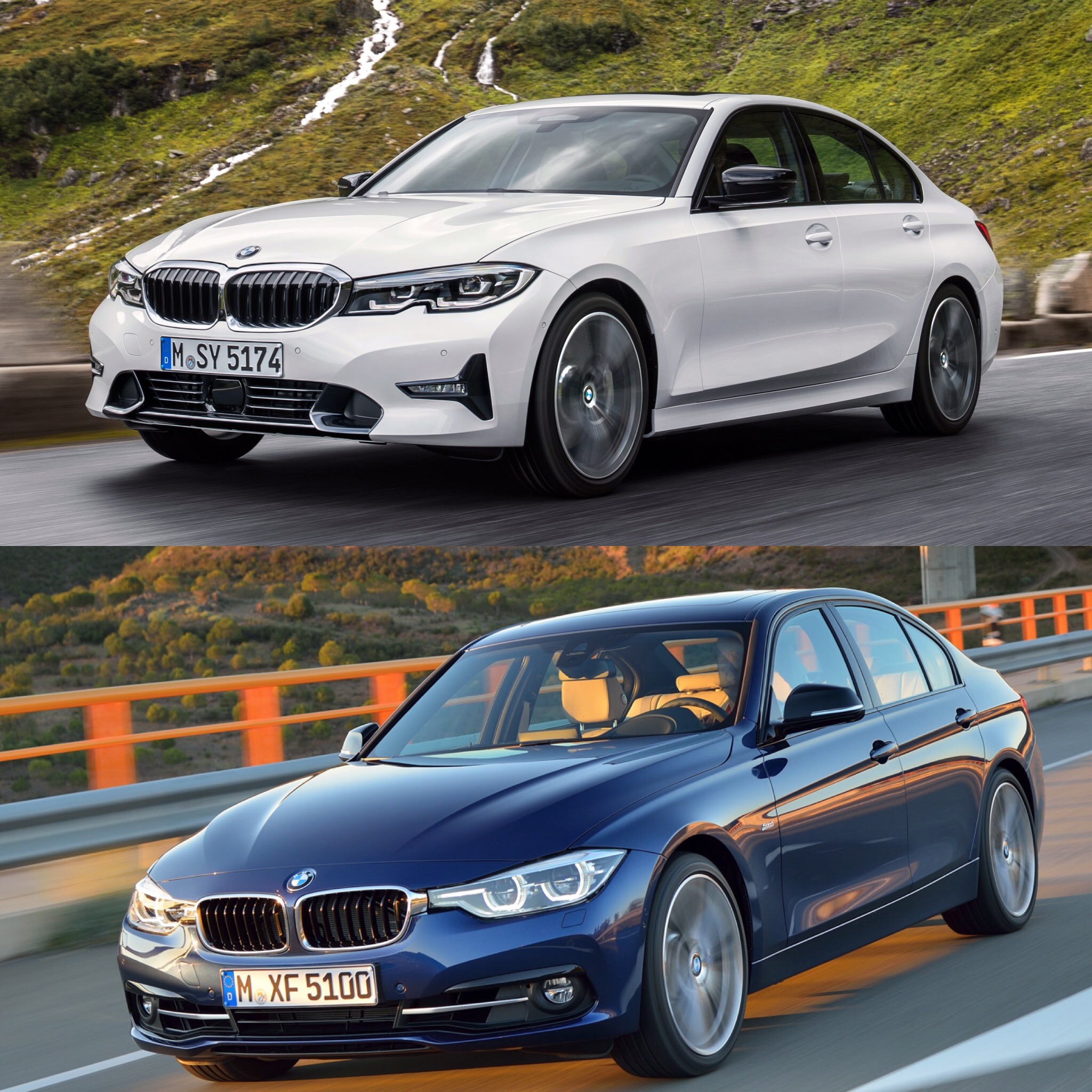 We already took a look at a how the new G20 3 Series stacks up against the outgoing F30-gen 3 Series when both cars have their M Sport packages equipped. In those photos, we saw that the new car is sleeker, sportier and more premium looking. But, let’s face it, most buyers won’t be buying the M Sport variants. Instead, most buyers will just be leasing the standard 3er that comes with the advertised lease deal. So we though we’d take a look at how the old and new 3ers look in their standard guises.

While it might be a bit unfair to call the F30 dated looking, as it is quite old now and every one of its competitors when it was released have gained new models, it looks ancient when compared to the new G20, especially on the inside. 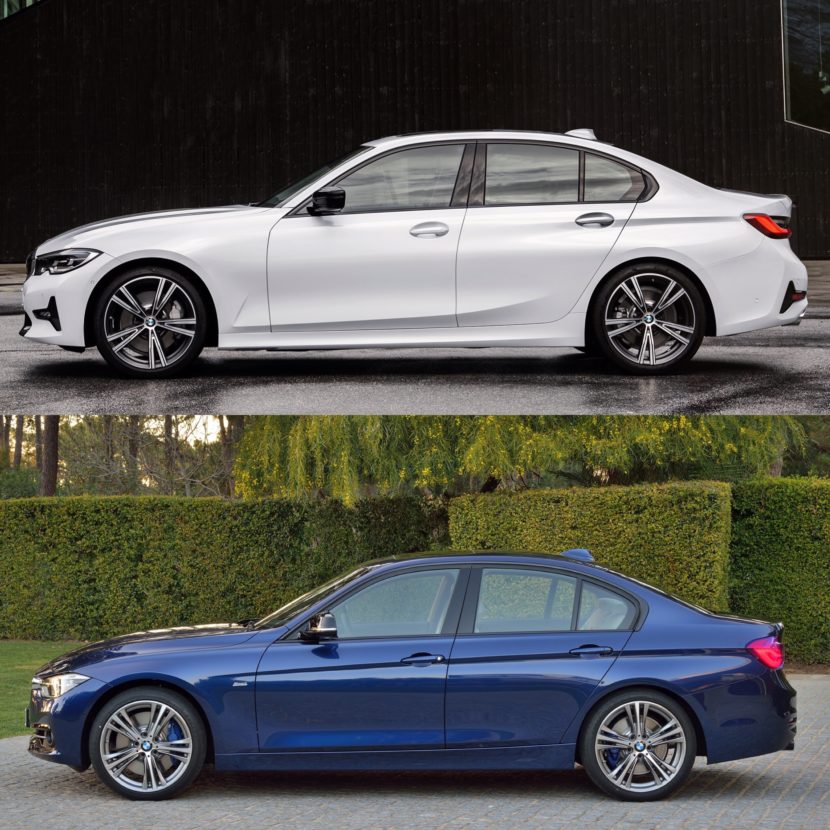 When I first saw the standard G20 3 Series from the front, I really didn’t like it. I though those weird “T” shaped foglight surrounds looked odd and its lower front fascia was boring. However, when I see it back-to-back with its predecessor, I realize that I actually like the new car quite a bit. Looks are subjective, so maybe that’s just me, but this new one looks fresh, modern, slick and expensive, while the old on looks, well, old. And that isn’t really fair, admittedly, because the F30 is older but it really feels it now.

Out back, the new G20 3 Series is sportier looking, with a bit of a built-in decklid spoiler, further spread-out exhausts and flared wheel arches. Its new taillights are also a bit more modern looking, as they’re wider and feature turn signals within the gap of the “L” shape, which squares them off and makes them looks more expensive. However, at least the F30 3 Series looks more unique, while the new G20 seems a bit like a Lexus IS from the back. 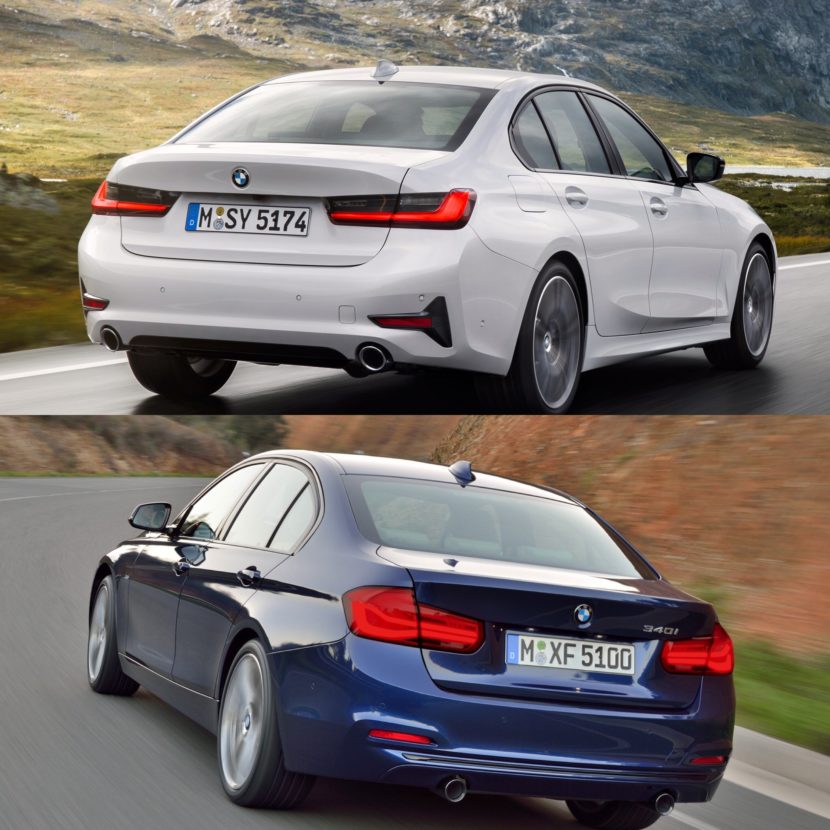 In profile, the new G20 looks much sportier than the old F30, with the difference between the two being more noticeable here than at either the front or the back. On the G20, its shoulder line is soft until it reaches the rear wheel arch, which accentuates the flared rear wheels more and makes it seem more muscular. Then the body line toward the bottom of the car sweeps upward toward the rear, which kind of makes it look fast while standing still. While the new G20 is actually 1mm taller than the F30, it looks lower and seems to have a lower roofline, which also seems a bit more steeply raked, making it look more athletic.

Inside the two cars, the differences are night and day. The new G20-gen 3 Series is a far more modern than the car it replaces, with more premium materials and better technology. Obviously, the new car is going to look more modern and have better tech but it’s the more upscale look that surprises. The G20 looks like it’s more expensive than the F30, on top of looking newer and that’s important. 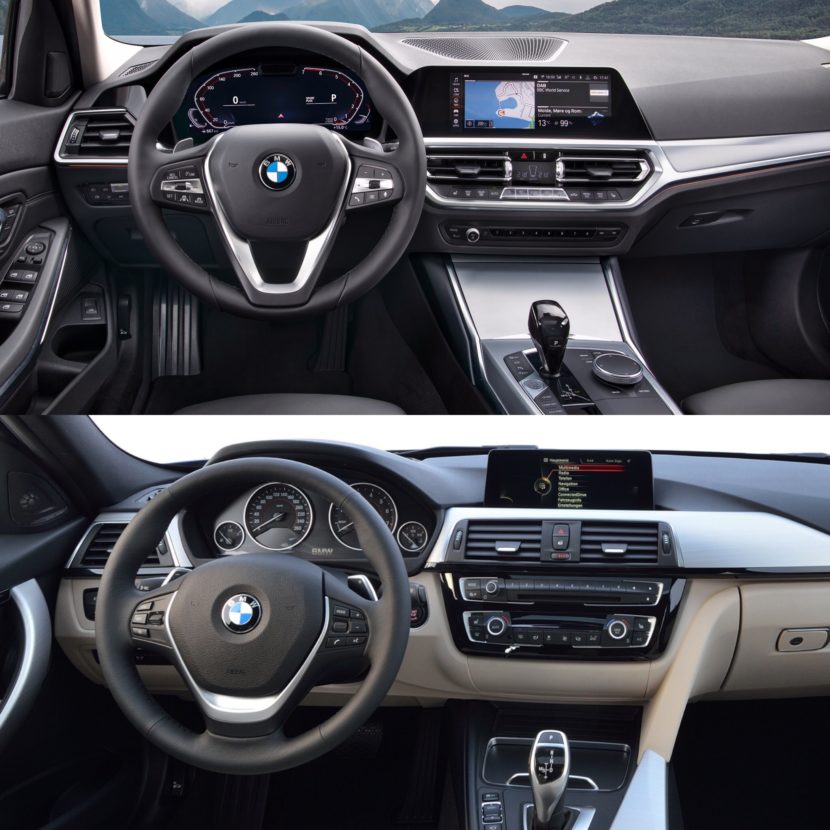 While, personally, I really wasn’t thrilled with the look of the non M Sport G20, after seeing the back-t0-back comparisons I’ve really started to warm to it. It seems like it’s going to be a very handsome car on the road and the interior, even without the M Sport steering wheel and trim touches, looks excellent. We can’t wait to see it on the road and get behind the wheel. 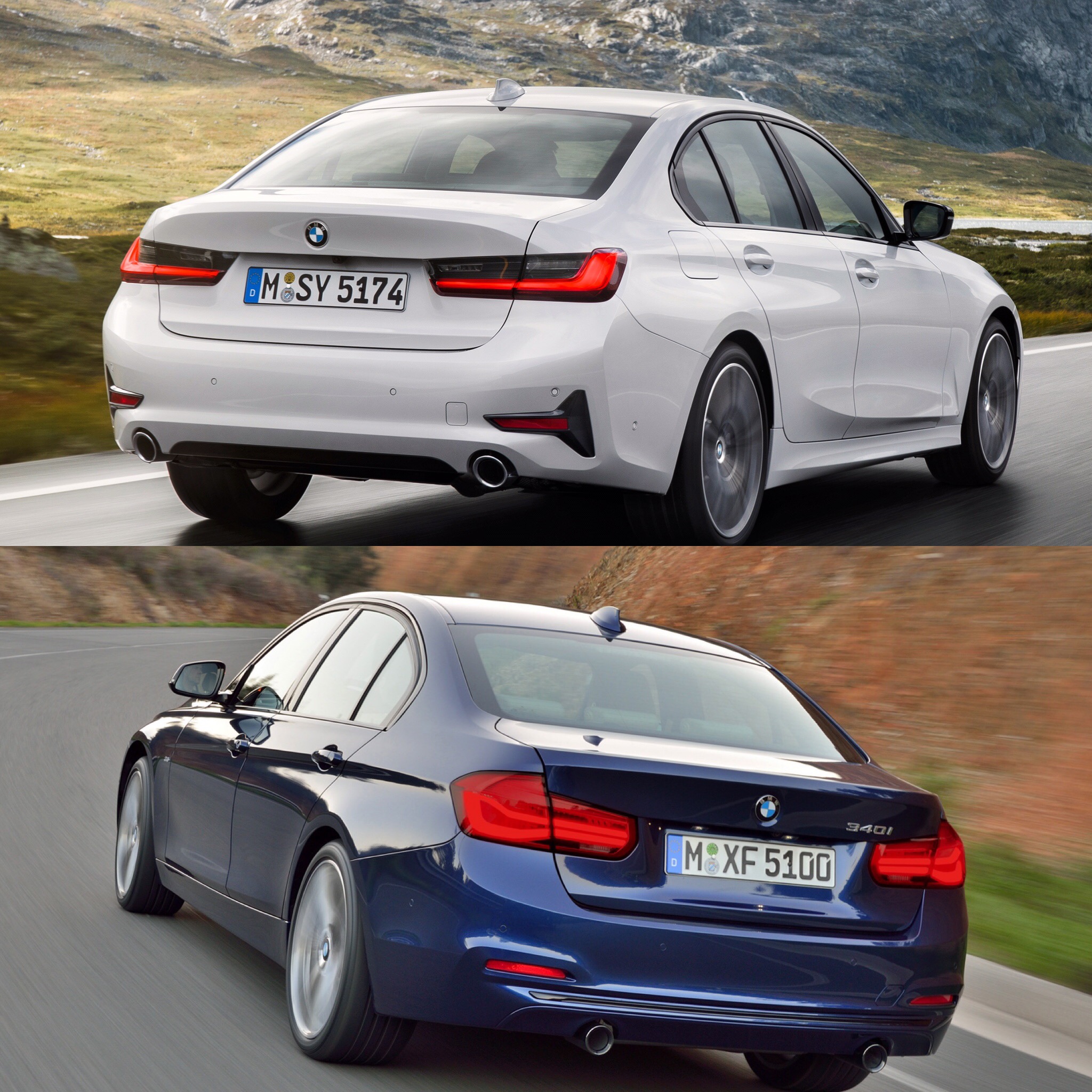 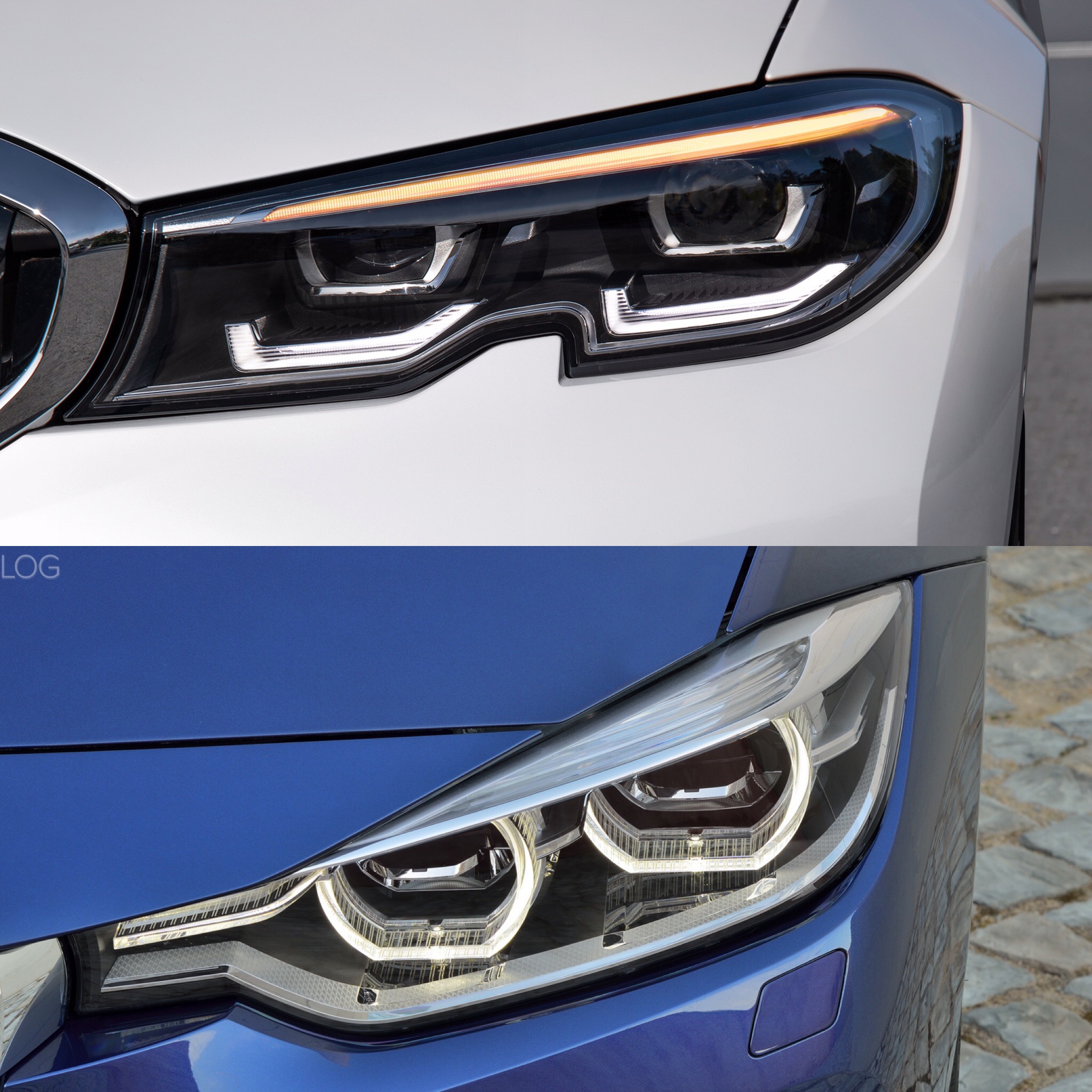 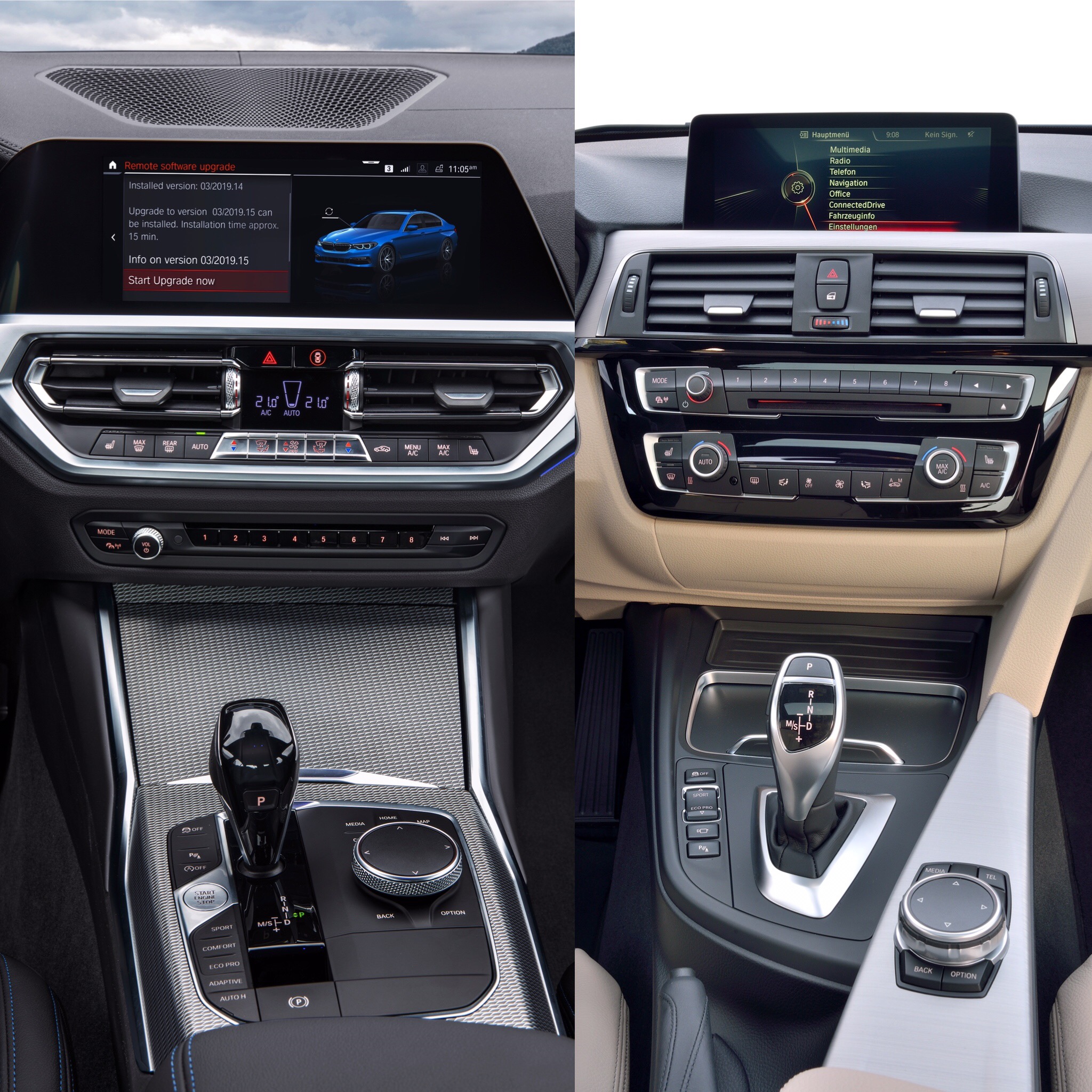 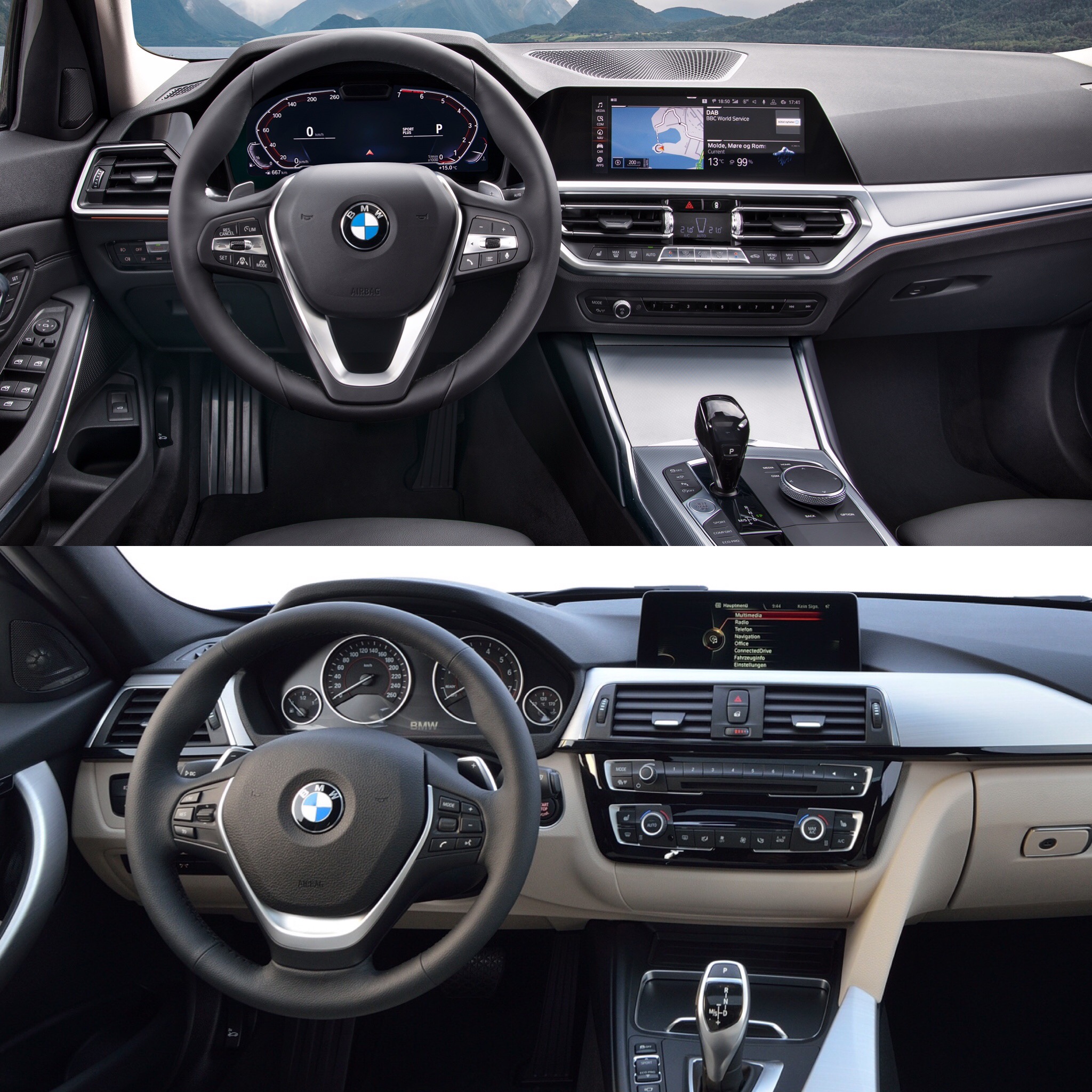 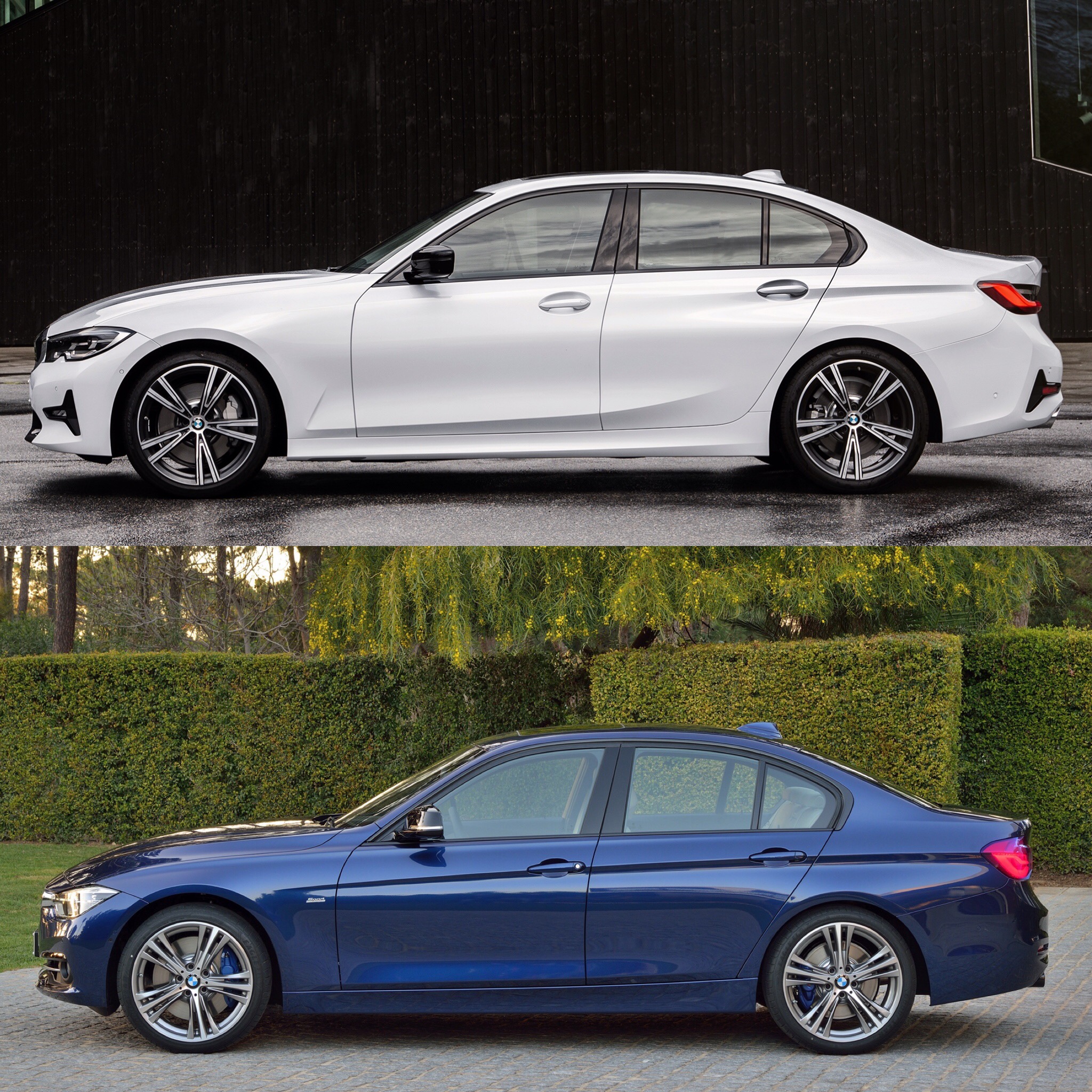