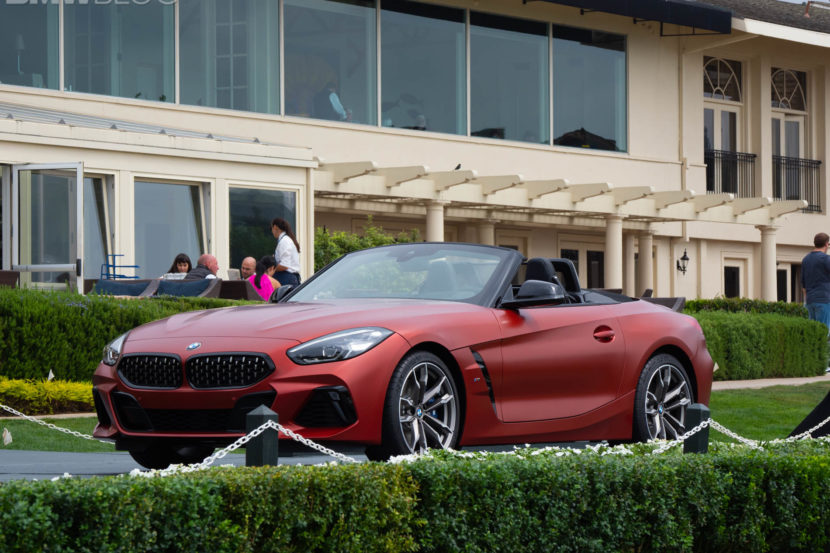 Now that we’ve seen the official debut of the BMW Z4 M40i, it’s time to see some live photos from its actual worldwide reveal. We’re live at the 2018 Pebble Beach Concours d’Elegance with the new 2019 BMW Z4 and it looks even better in person.

This latest BMW Z4 is the third generation of its model name (or fifth generation of BMW ‘Z’ cars) and it’s one of the best looking. It’s short, low and wide, with a punchy stance and aggressive looks. While the previous-gen Z4 was a very pretty car, it lacked the sort of sporty feel we’d come to expect from a BMW Z roadster. This new one brings that sportiness back, way back. 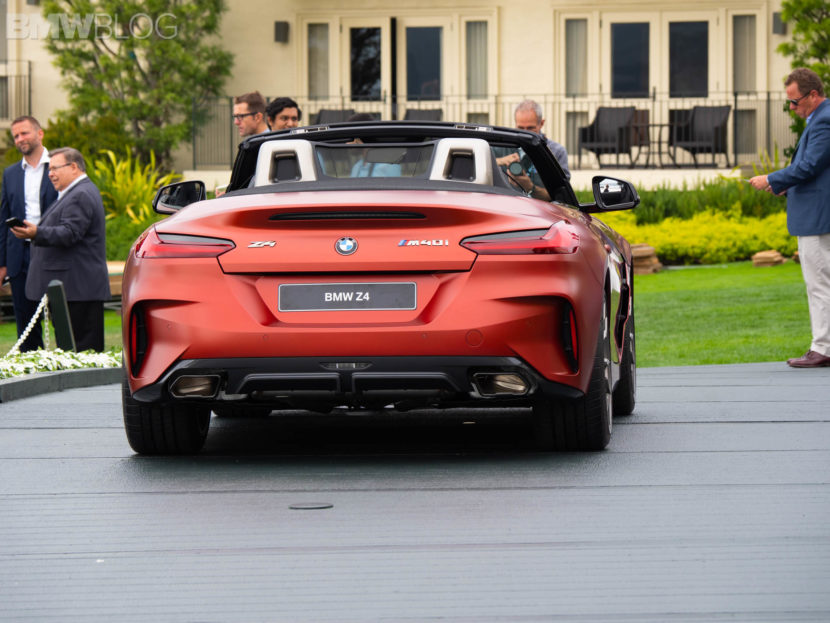 In person, it looks even smaller and tighter than it does in official photos on the interwebs. It also looks like more fun and we can’t wait to jump behind the wheel, although that won’t happen for awhile.

There are also a couple of firsts for BMW with this new Z4. For starters, its new Kidney Grilles feature a repeating ‘Y’-shape design inside of them, rather than the usual verticle slats. This is a new and bold look for BMW but it’s one we think works well for the Z4. It also gets new vertically-aligned headlights. Rather than the typical horizontally-laid out twin halos in almost every single BMW in history, the new BMW Z4’s are vertical. This looks odd at first but we’ve really come to like it, especially considering they look plucked right from the Z4 Concept. 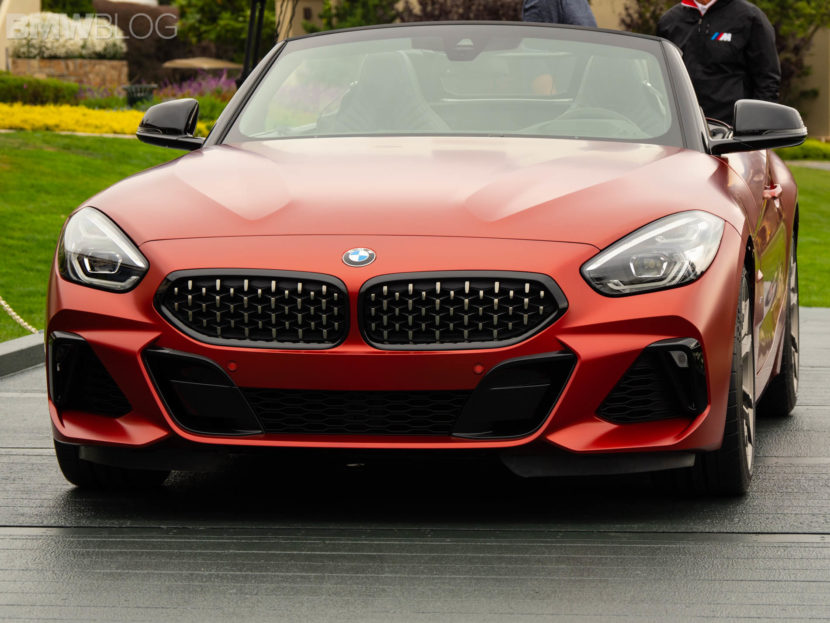 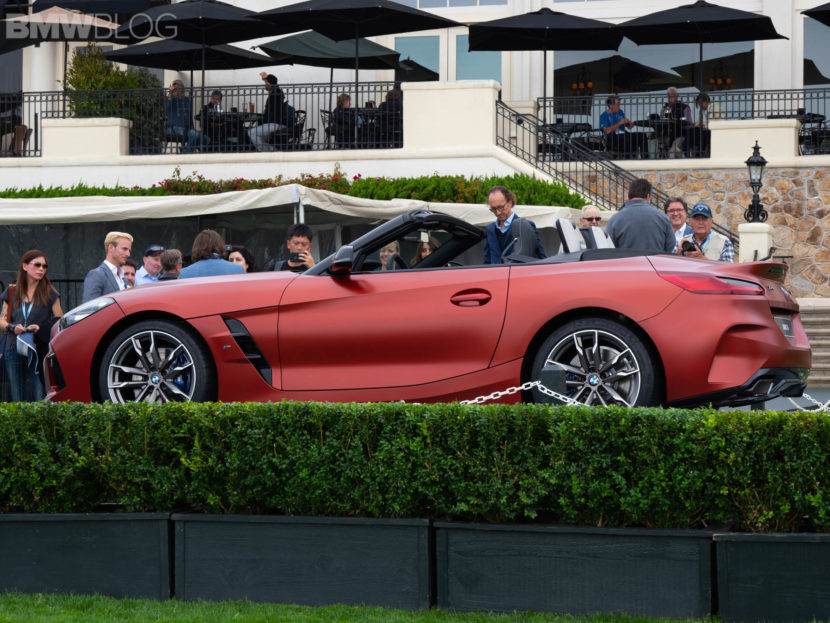 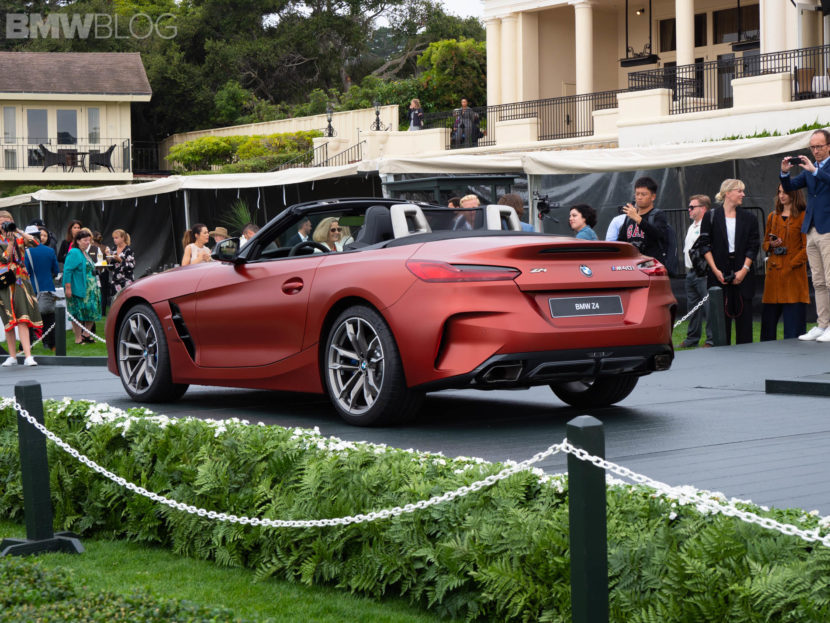 This new BMW Z4 is a bit controversial, to be honest, as we’ve seen a lot of fans and enthusiasts claim it to be either beautiful or hideous. It’s certainly a bit different than any other BMW in the current lineup but that’s not necessarily a bad thing. In fact, we like the direction BMW is going with this new Z4 and we can’t wait to see what’s in store for the future. 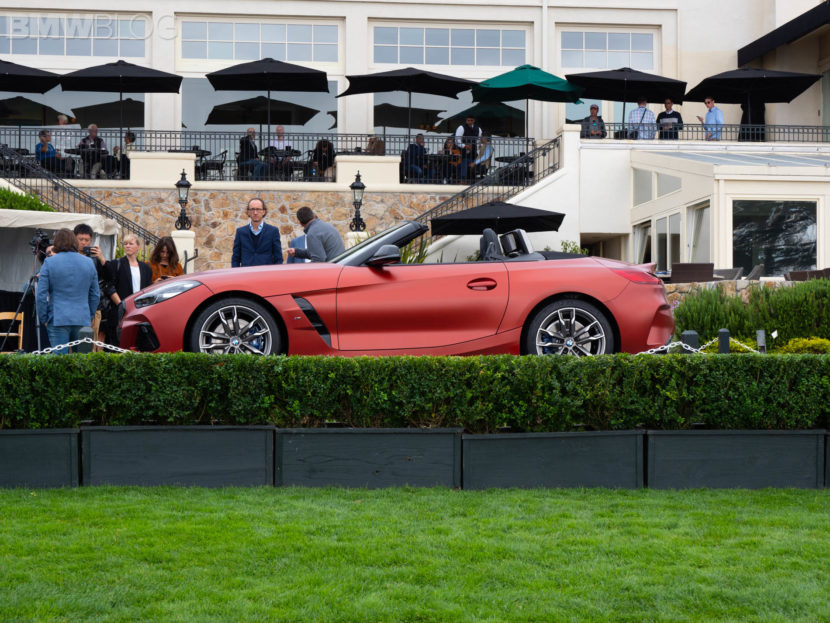