DTM: Marco Wittmann and Philipp Eng in the points at Brands Hatch

Home » DTM: Marco Wittmann and Philipp Eng in the points at Brands Hatch 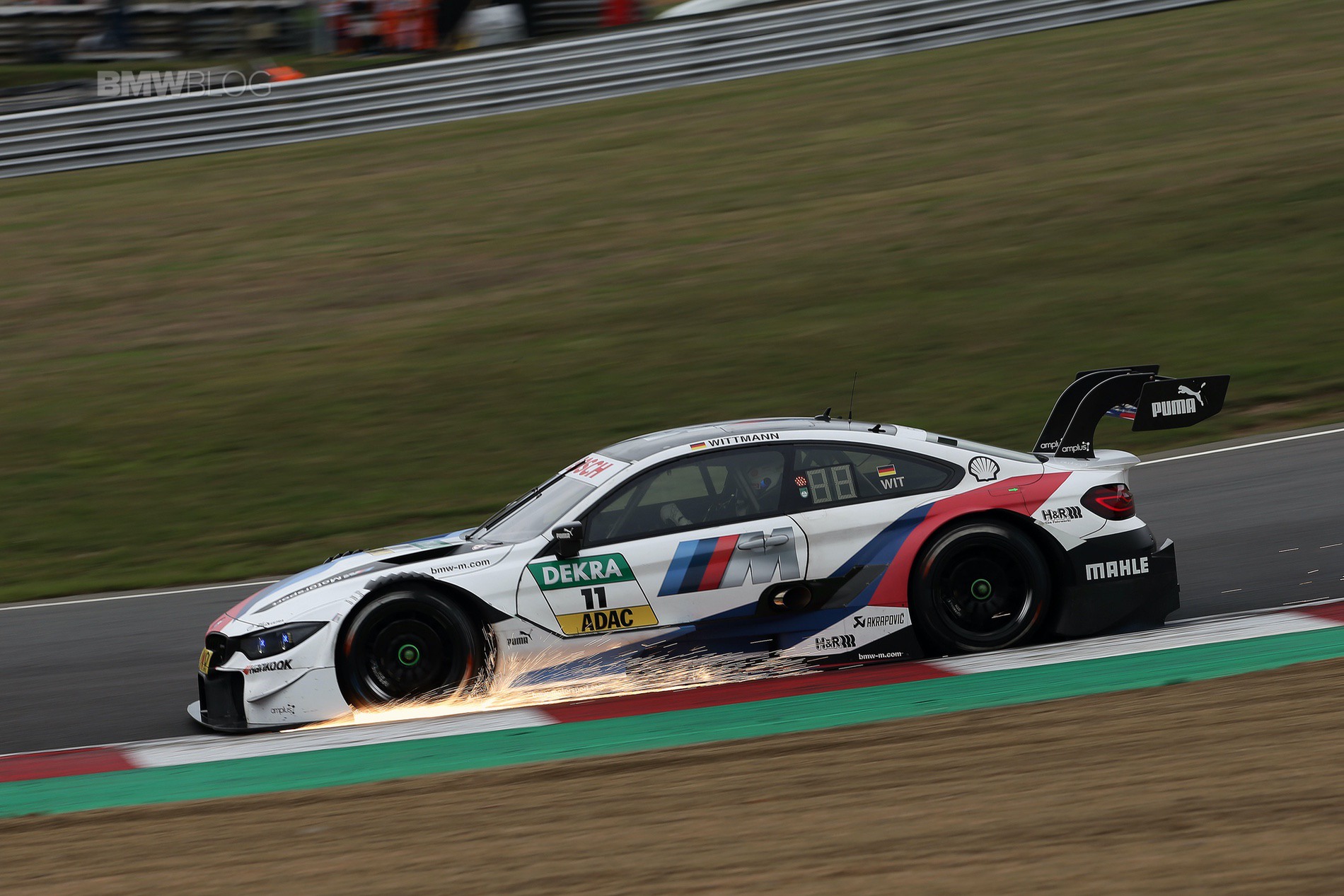 The final race of the DTM weekend at Brands Hatch (GBR) saw Marco Wittmann (GER) finish fifth and Philipp Eng (AUT) claim seventh place as both drivers scored points for BMW M Motorsport. Wittmann had started the race from ninth in the BMW Driving Experience M4 DTM and used his good race pace to move up through the field. Eng started from tenth place and was also able to move up a few positions. The BMW M4 GTS DTM Safety Car was called into action after an incident on the first lap. Victory in the second Brands Hatch race went to Paul Di Resta (GBR) in the Mercedes. 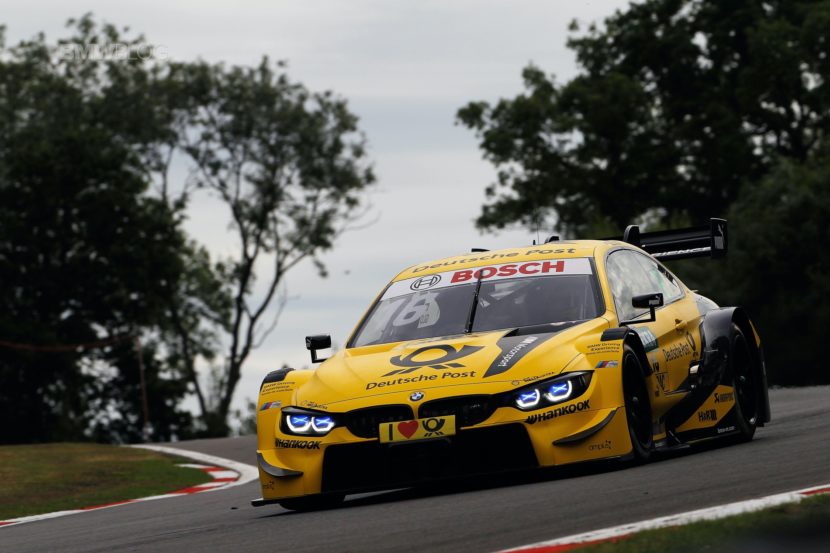 Timo Glock (GER, DEUTSCHE POST BMW M4 DTM) finished in eleventh place, just missing out on the points. Joel Eriksson (SWE, BMW M4 DTM) and Bruno Spengler (CAN, BMW Bank M4 DTM) crossed the line in 13th and 14th positions. After finishing second to reach the podium on Saturday, Augusto Farfus (BRA) had to retire from the pits after his Shell BMW M4 DTM was badly damaged in a collision.

Rudolf Dittrich (General Manager BMW Motorsport Vehicle Development):
“It was an eventful race. Throughout the entire race, we could never be sure if it was going to rain or not. Qualifying did not provide us with the starting position we had hoped for to record some top results but our race pace was pretty good. This, combined with the right strategy, allowed Marco and Philipp to make up some places and score some points by finishing fifth and seventh. That was a positive aspect. We were involved in a lot of battles that the spectators loved to see but actually cost us a lot of time. Unfortunately, Augusto’s race came to a premature end, which was not his fault. Who knows what may have been possible otherwise. Misano sees the DTM entering uncharted territory again and we will work hard to make sure we are fighting to secure the win once more.” 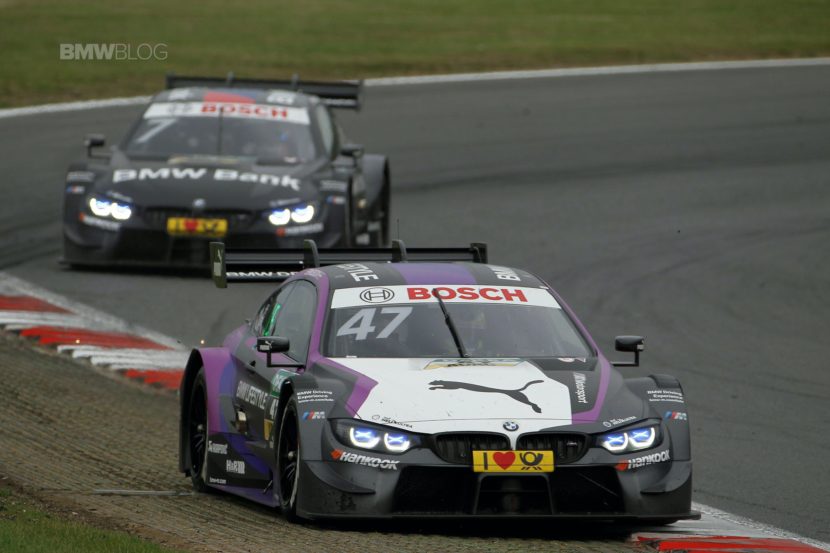 Stefan Reinhold (Team Principal BMW Team RMG):
“Compared to yesterday, we were able to improve in some areas. We closed the gap to the competition in qualifying. Unfortunately, that was not reflected in the positions. You could see that we were a bit off the pace for the whole weekend. It’s a difficult track to overtake on. We had the right strategy with Marco. Augusto was absolutely not at fault for his accident. That was a big shame.”

“All things considered, I am pretty pleased. I think that the whole weekend showed that we are not quite at Mercedes’ pace. That was reflected in the qualifying results. We made the best of it. We started well and we were pretty lucky with all the incidents – that was a close-run thing! We had a good race strategy and, above all, a really fast pit stop. I am particularly pleased for my guys, who are doing a really great job with the pit stops right now. I had to defend pretty hard against Mike Rockefeller at the end, but it was just enough. Fifth place is better than expected; I am very pleased.” 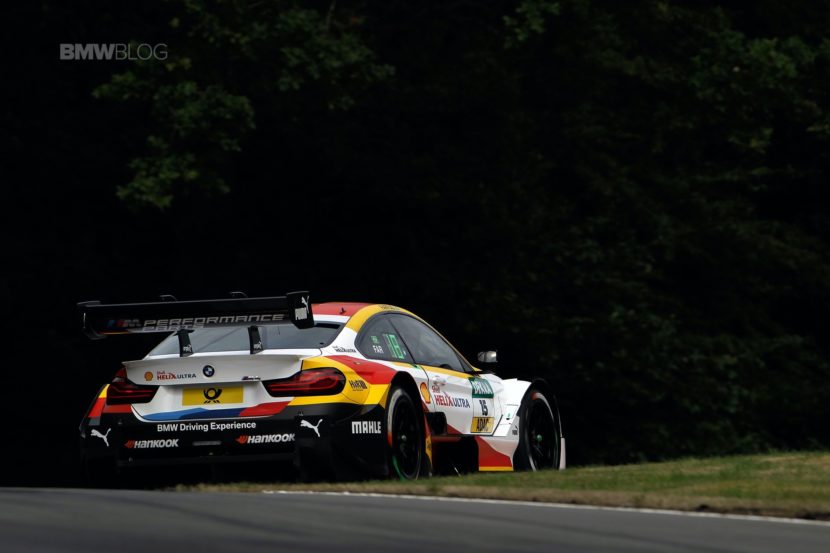 “Lucas Auer and Robin Frijns were really involved in a battle. I got drawn into it and then my hands were tied. Frijns was also unable to do anything, as I clipped him. After that, I could hardly continue. We were still hoping for some rain but it never came.”

“We had hoped for a somewhat better race result. Starting from 13th place wasn’t ideal but our race pace improved a lot from yesterday. Unfortunately, the circumstances of today’s race meant that we could not convert that good pace into a correspondingly good result. We will continue to work hard and we will be back with a bang at Misano.”

“Everyone’s strategy showed that we were expecting some rain before the end but that wasn’t to be. There was a lot of action on the track and our drivers were lucky to escape unscathed. I am very pleased with our pit stops. Philipp finished seventh. We are always hopeful of doing a bit better than seventh. Now we have to work hard and make sure that we have more cars at Misano that can help us get back into the points.”

Bruno Spengler (#7 BMW Bank M4 DTM, BMW Team RBM – qualifying result: 18th place, race result: 14th place, points: 43):
“Unfortunately, we were unable to solve yesterday’s balance and setup problems overnight. For the next race, we have to analyse the causes and try to improve. All in all, this wasn’t really the weekend I’d been hoping for.”

“Moving up from tenth to seventh isn’t a bad result. I can be pleased with that. It’s a shame that I couldn’t hold on to sixth place. I am pleased with the weekend though. We gave it everything. Now I am looking forward to Misano.”

“It wasn’t the easiest start, or the best. It was tricky in all that traffic and I had a battle with Robin Frijns. I think our pit stop was very good. We were able to make up some places after that. This was my first drive at this circuit, so it was quite difficult for me. Now I am looking forward to the next race weekend.”