Who doesn’t love a BMW M5? Seriously. Since the M5’s inception in the ’80s, with the original E28 M5, it’s been the quintessential super sedan, the ultimate wolf in sheep’s clothing. This new one, the F90-generation M5 is one of the absolute best super sedans of all time and one of the very best performance cars on the market today. But there have been a few other excellent M5s in between the original E28 and the current F90. In this new video from Donut Media, we get a bit of a history lesson.

In case you didn’t know, the E28 BMW M5 came to be after lessons learned from making the BMW M1’s 3.5 liter M88/1 I6 engine. While many enthusiasts believe that the M88/1 was dropped into a 5 Series to create the M5, that’s not entirely true. Though, the E28 M5’s M88/3 was based on the M1’s original engine, it was slightly different. It was still brilliant and revolutionary, though.

After the E28 M5 came the E34 BMW M5, which was bigger, heavier, more powerful and more luxurious. It was a great car but it wasn’t quite as special as the E28. Still demand became so high for the E34 M5 that BMW M had to stop hand building them and move production to the standard 5 Series’ assembly line.

Following the E34 M5 came the E39 BMW M5, which is largely considered be the best M5. With a 4.9 liter naturally-aspirated V8, it bucked the previous M5 trend of I6 engines. However, it made 400 hp and was absolutely legendary. Its steering was near perfect, as was its chassis balance, and it made a wonderful noise. There’s a reason why it’s so beloved — it’s flipping brilliant.

Next was the E60-gen BMW M5, which brought yet another engine departure to the tune of a 5.0 liter free-breathing V10. It made 500 hp and a noise pulled straight from the best motorsport soundtracks. The only real downside of the E60 M5 was its styling, inside and out. Aside from that, it was sensational.

What followed that was the F10 BMW M5, the first to ever sport forced induction. Replacing its legendary V10 was a 4.4 liter twin-turbo V8 that made 570 hp and was very, very fast. The F10 M5 was a sales success but lacked the same sort of enthusiast from fans and journalists alike. So many fans were excited to learn of a new car replacing it. 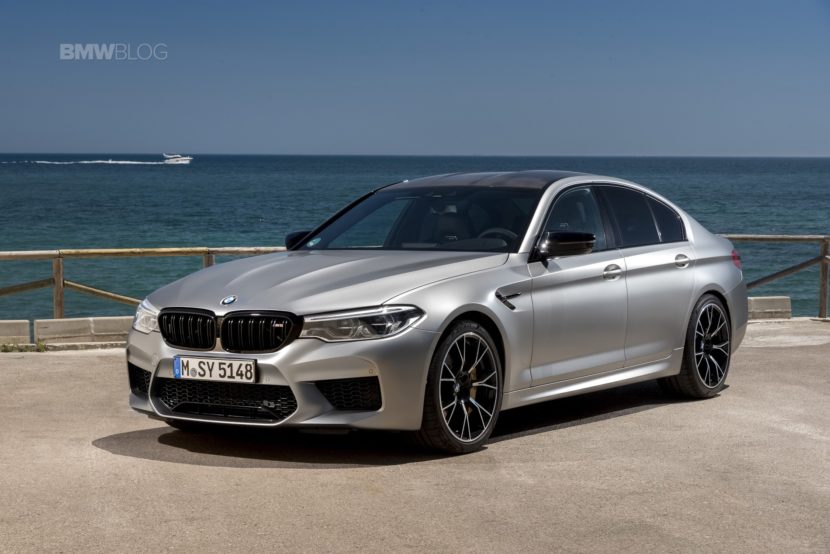 Now, we have the F90 BMW M5 and it’s such an astonishing car. Its own 4.4 liter twin-turbo V8 makes 600 hp and 553 lb-ft of torque, which help make it the fastest production BMW of all time. BMW claims a 0-60 mph time of 3.2 seconds but we’ve seen it recorded faster than that multiple times.

The BMW M5 is one of the all-time great nameplates in automotive history. Everyone loves a good M5. So this is an interesting video to watch, so you can learn a bit more about the most famous super sedan nameplate in the business.

6 responses to “VIDEO: Donut Media breaks down the BMW M5”