Video: All You Need to Know about the New BMW X5

Home » Video: All You Need to Know about the New BMW X5

As we’re getting closer to the first new BMW X5 deliveries, the Germans are bound to kick their marketing efforts into a higher gear. The new X5 promises a lot but if only you and I know it, that’s not going to lead to high sales figures. Therefore, the whole world needs to learn all about it and the lecture is going to begin with the following video, where we get to learn ‘all we need to know’ about the new Sports Activity Vehicle.

The trio we’ve already seen taking a closer look at the 8 Series and X4 is here again, and they play their respective roles. Nicki kicks things off from behind the wheel, with some spirited driving done aboard an M Sport model. As I’ve said a number of times, the new X5 is going to be quite a driver’s car if you tick the right options, configuring it for such purposes. The design of the car in M Sport guise also works in its favor, with those flared wheel arches and an overall aggressive stance. 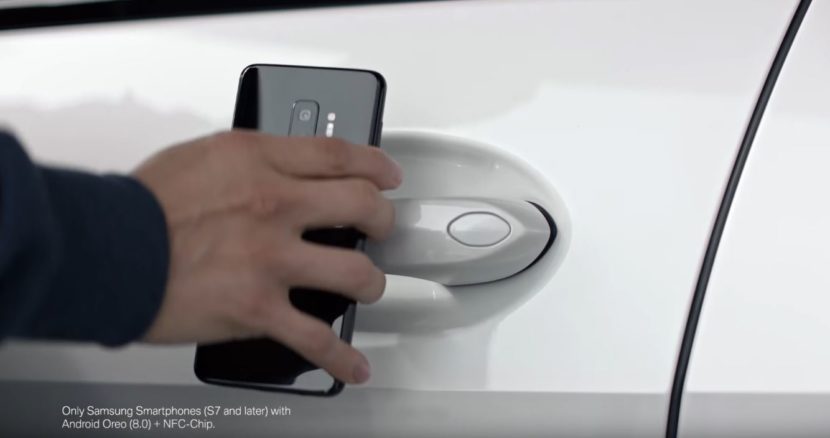 Dennis then kicks in and presents the tech side of the things, introducing the new Digital Key which is basically a new way of unlocking your car. You can now use your phone instead of a tradition key fob, an option we’ve been waiting for quite some time. Unfortunately, it only works with Android phones at the moment, and even then you’ll need at least a Samsung S7 or newer with the Android Oreo OS.

Nicki then takes over again, just to tell us a thing or two about the drivetrain. She begins with the new xGravel driving mode which allows you to go offroading further than ever before, with a specially created driving mode which handles gravel and rough terrain. In the end I think there’s a lot more to say about the new X5 but for now, these essential bits will have to do although I have a sneaky suspicion BMW will launch more clips in the near future.