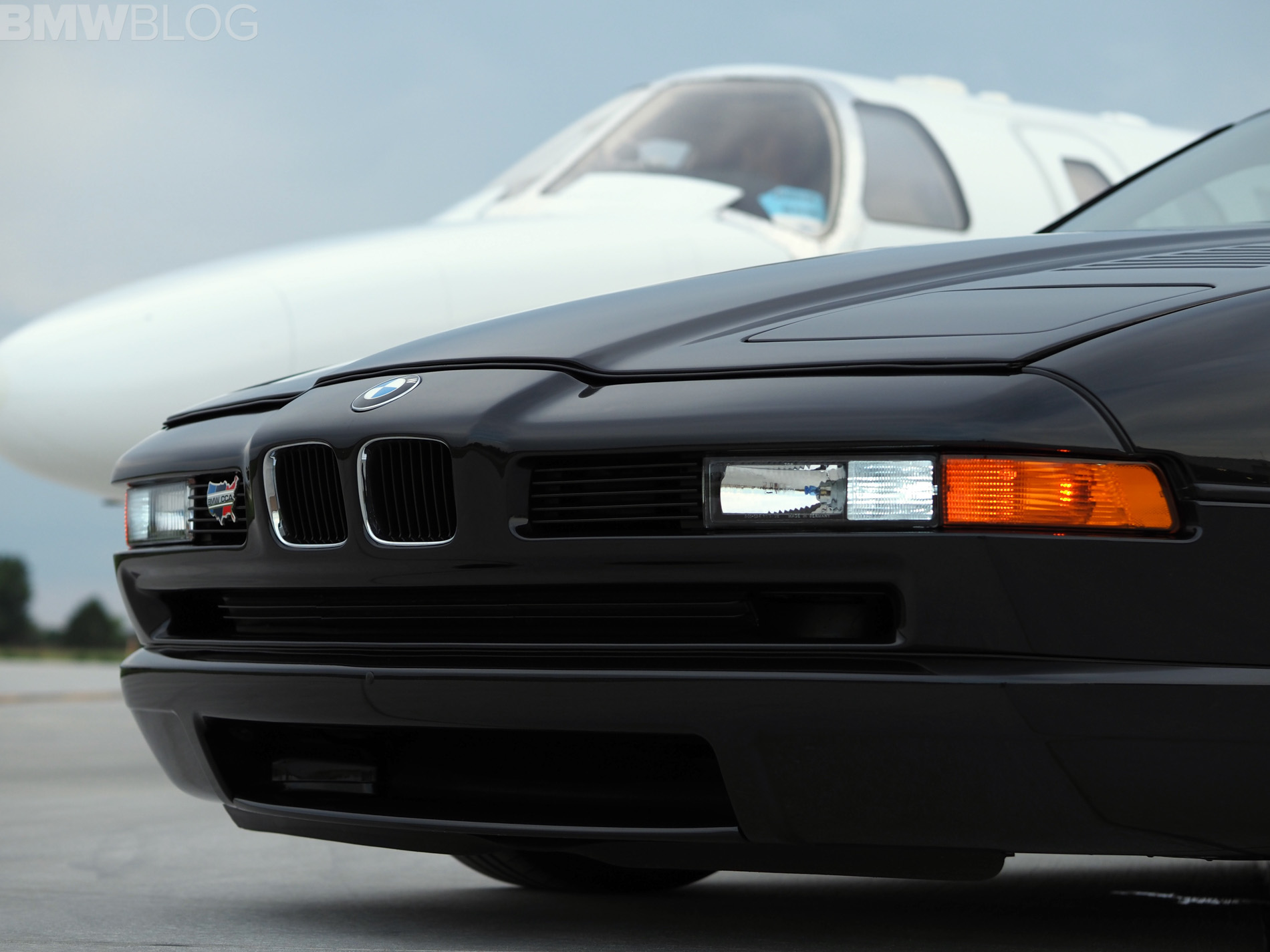 In just a few months, BMW will unleash onto the market the second-generation 8 Series. The successor to the E31 iconic grand tourer was unveiled last month at the 24 hrs of Le Mans and is replacing another equally iconic model – the 6 Series. But while the  new 8 Series Coupe brings the latest and greatest tech advancements from Munich, the original 8er still commends a lot of respect on the pre-owned car market, and most importantly, a high tag price.

Take for example this 1994 BMW 850CSi, #27 of 225 examples produced for the US market, which just sold on Bring-a-Trailer for nearly $100,000. Finished in Hellrot Red and paired with a two-tone Silvergrey Nappa leather interior, the pristine 850CSi has 79,800 miles on the odometer, approximately 10,000 of which were added by the seller.

Under the hood, the 850CSi uses a 5.6-liter V12 paired with a 6-speed manual transmission and is said to be unmodified apart from a weighted shift knob and aftermarket exhaust system.

The seller is the third reported owner and is an active BMWCCA member and E31 enthusiast.

Recent maintenance included new engine and transmission mounts, and the vehicle passed a California emissions test in March 2018. Now showing under 80k miles, this E31 is being offered for sale with service records, a build sheet, a clean Carfax, and a clean California title in the seller’s name. The front bumper and nose are said to have been repainted due to road rash and chips, and no accidents are listed on the included Carfax report. New engine and transmission mounts were installed within the last month, and oil and fluid services were performed in 2017.

The 850CSi features a revised suspension from other E31 models and is equipped with staggered 17” throwing star wheels. Michelin Pilot Sport tires are date-coded from 2012 and are reported to be in good condition.

Without a doubt, the original E31 8 Series is a car collector’s dream so for anyone with disposable income, this becomes a must in their garage.