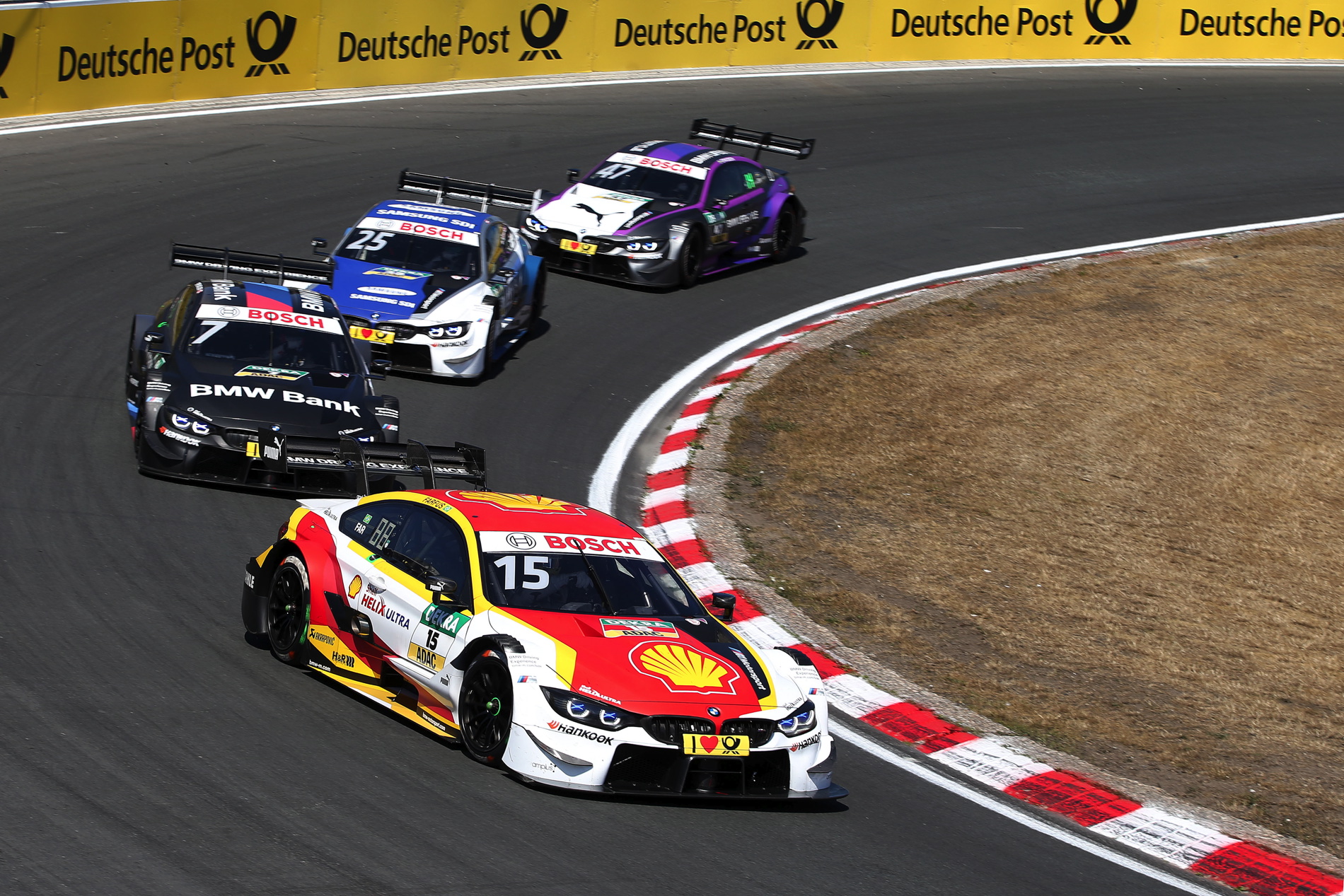 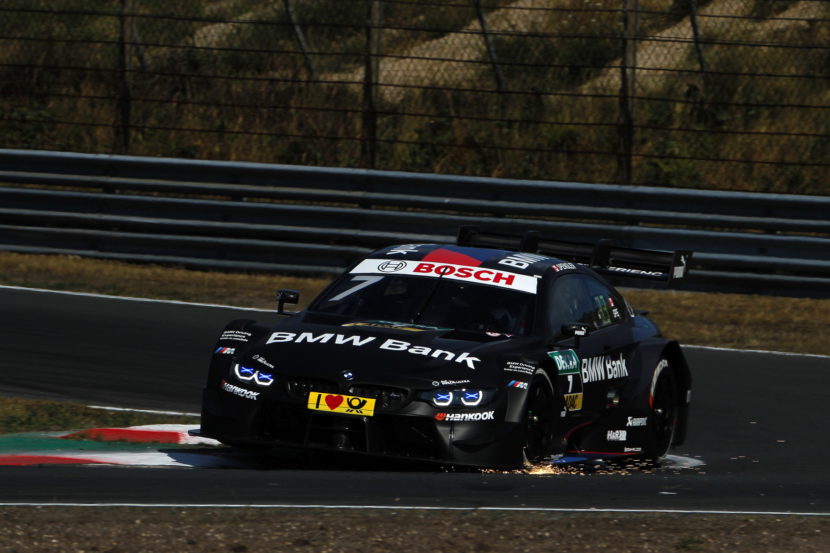 Rudolf Dittrich (General Manager BMW Motorsport Vehicle Development):
“We got four cars in the top ten today which is a solid team performance. Augusto and Joel were able gain on their qualifying positions, which is not a given here at Zandvoort. Timo and Marco had to stop earlier than planned and unfortunately were unable to move up the field but they picked up valuable points in the battle for the championship. The safety car brought the field back together. Overall, Mercedes was stronger today. Congratulations on the win. Now we will try to close the gap for tomorrow.” 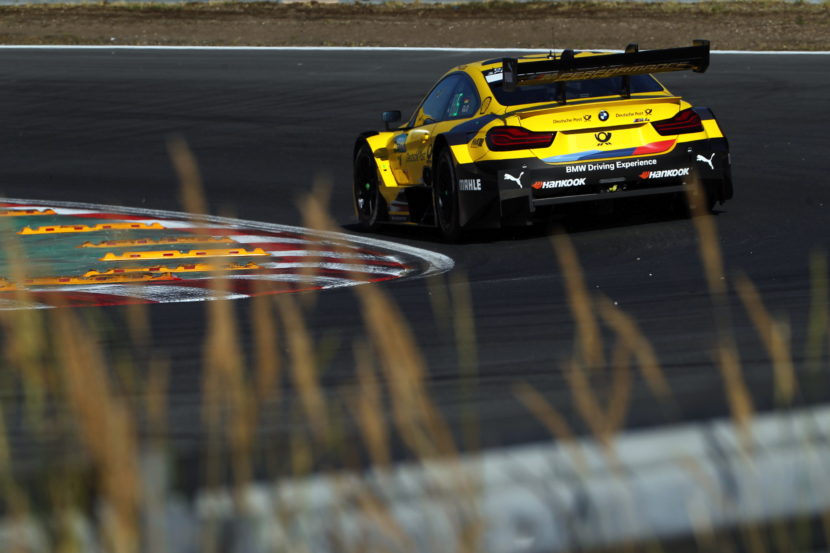 Stefan Reinhold (Team Principal, BMW Team RMG):
“We struggled in qualifying today but we are happy that we brought all three cars home in a row in the race top-ten. It goes without saying that we want to finish higher up the field. That is our goal for tomorrow.”

Marco Wittmann (#11 BMW Driving Experience M4 DTM, BMW Team RMG – qualifying result: 6thplace, race result: 7thplace, points: 98):
“It was a difficult race which was dominated by Mercedes. Despite the safety car period we were unable to attack the top spots. The four BMWs in the top-ten were all at a similar level but it is always a shame when you are unable to do better in the race.” 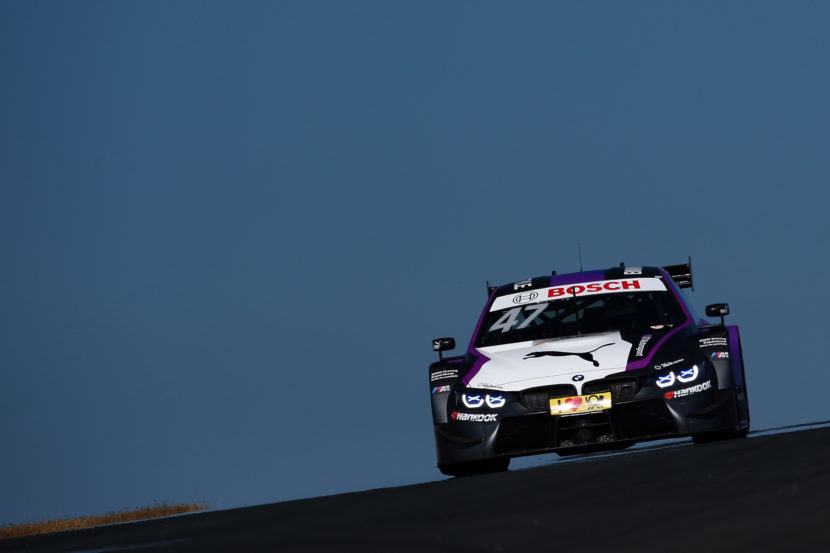 Timo Glock (#16 DEUTSCHE POST BMW M4 DTM, BMW Team RMR – qualifying result: 5thplace, race result: 6thplace, points: 100):
“The actual race wasn’t that difficult because I was able to drive in my rhythm. I made a mistake at the start when I didn’t bank on Robin Frijns overtaking me. I should have closed the door better. After that it was soon clear that the guys at the front pulled away. Then things were exciting again at the restart and in the first half of the lap after that. Mercedes is incredibly strong here and Audi also looked good. We need to try and improve by tomorrow.”

Bart Mampaey (Team Principal, BMW Team RBM):
“We had to make earlier stops than planned with two of our cars, while with Joel we were able to stay out longer. That paid off for him. He had comparatively fresher tyres at the end, so he was able to overtake Jamie Green. Now we need to see how we can improve for tomorrow.”

Philipp Eng (#25 SAMSUNG BMW M4 DTM, BMW Team RMR – qualifying result: 13thplace, race result: 14thplace, points: 53):
“This race has shown me once again that you need to finish further up the field in qualifying. I drove a good race with a few good manoeuvres so it’s disappointing to only cross the finish line in 14thplace.”

Bruno Spengler (#7 BMW Bank M4 DTM, BMW Team RBM – qualifying result: 12thplace, race result: 12thplace, points: 43):
“Naturally, I am not satisfied with 12thposition. The potential was there in qualifying but then we didn’t have the pace in the race. Now, we need to see what we can improve for tomorrow.”

Joel Eriksson (#47 BMW M4 DTM, BMW Team RBM – qualifying result: 15thplace, race result: 9thplace, points: 27):
“Normally you aren’t satisfied with ninth, but I’m very pleased with that result today. Finishing in the points after starting from 15thon the grid is great. It’s almost impossible to overtake here. The pit stop was also fantastic. That’s why I can be happy today.”