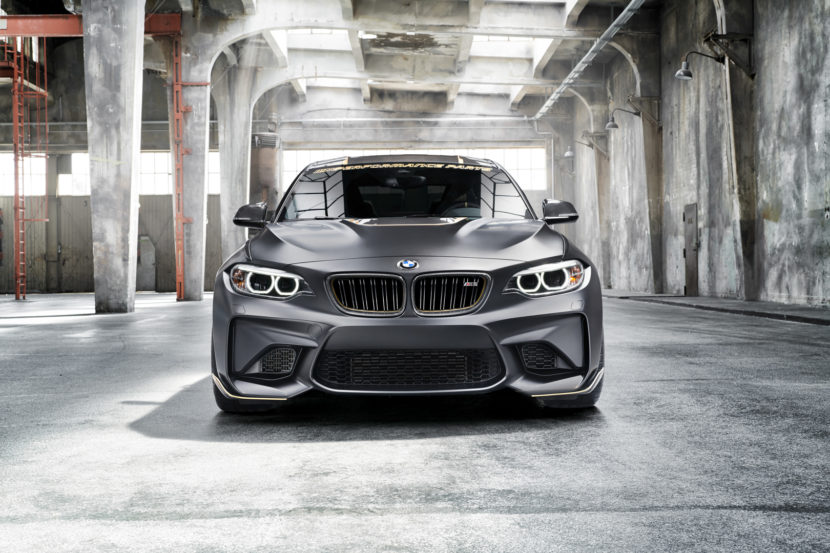 At this year’s Goodwood Festival of Speed, you will see many interesting cars, both old and new. One such car you will find there is the brand new BMW M2 M Performance Parts Concept, which is set to make its official debut in Goodwood.

The BMW M2 M Performance Parts Concept is basically BMW giving its M Performance Parts division free reign to make something crazy out of an M2. And it looks pretty awesome, to be honest. It starts with a Frozen Black finish with gold M Performance wrapping that looks really aggressive and motorsport-inspired. Then, it gets a carbon fiber hood, with a bulge to match its higher-end M4 brethren, a carbon fiber roof finished in a glossy clear finish, a completely new trunk lid with an integrated carbon fiber spoiler and new gold wheels. Not only does it look cool but it’s also significantly lighter than the standard M2, thanks to all of the carbon fiber components. 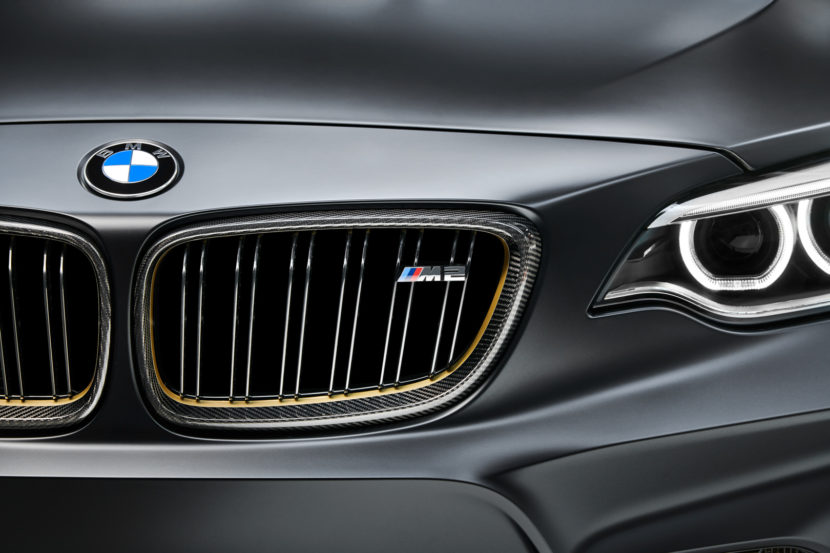 It also gets M Performance suspension, which lowers the car 20 millimeters and gives it better road-holding ability. It also makes it much more uncomfortable but that’s the trade off. Both the suspension and brakes have been finished in black to match the rest of the car. An additional weight reduction of 14 kilograms is achieved by the use of a lighter BMW battery. 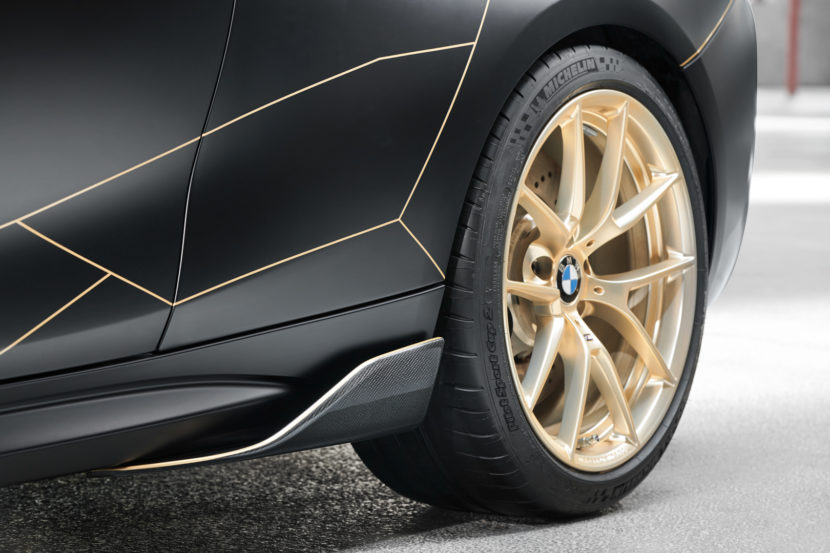 The complete wheel set with 19-inch M Performance forged wheel Y-spoke 763M in Frozen Gold (expected to be available from 7/2018) with semi-slicks not only provides a visual highlight, it is also six kilograms lighter than the standard wheels. 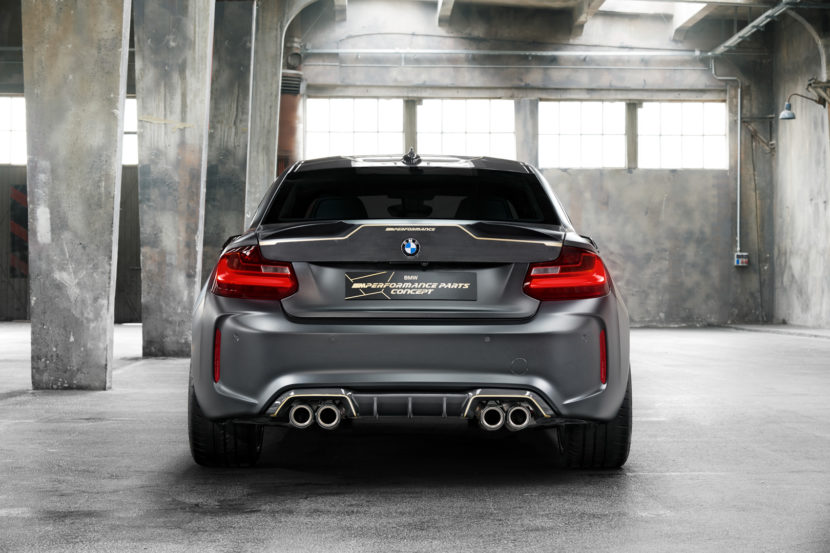 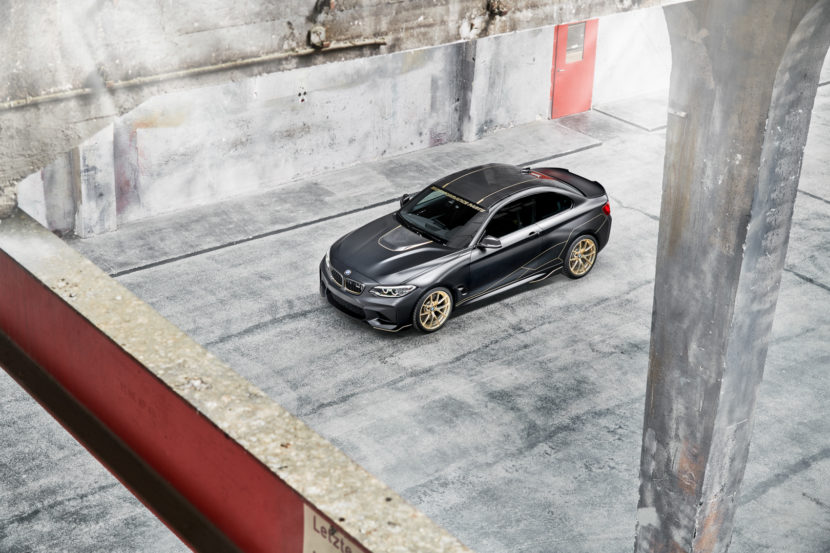 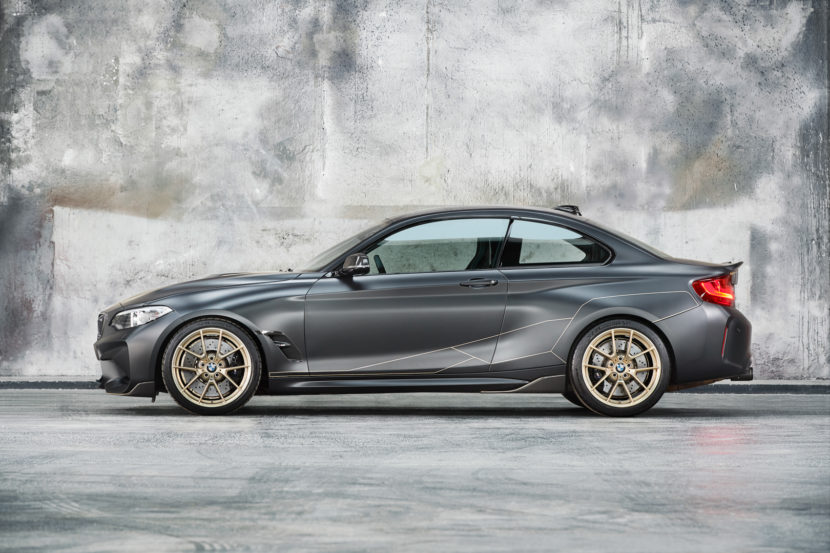 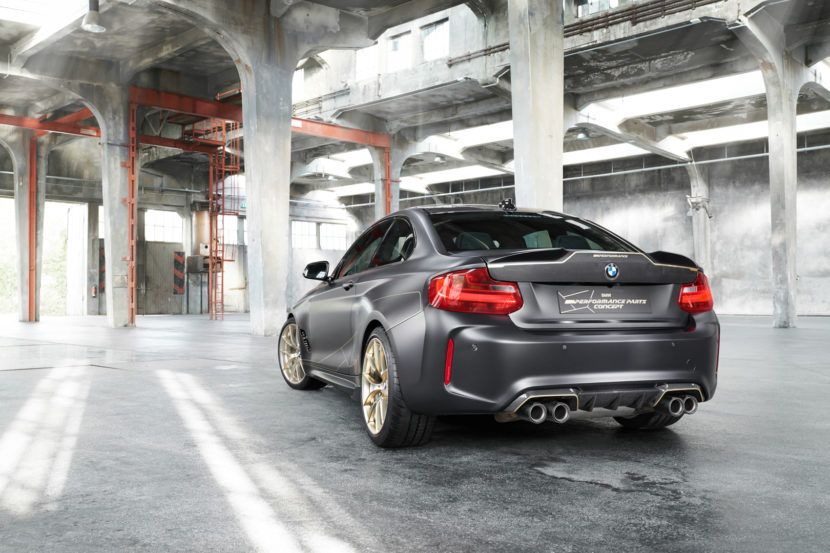 So you will be able to make your M2 look almost exactly like this if you wanted. And you might want to, as it’s a cool looking car. We can’t wait to see it in Goodwood.