BMW is changing the way it’s doing business so that it can appeal to every single type of car fans. From this year on, the M products will be split into a few different categories, with the most hardcore offerings bearing the legendary CSL badge on the boot. The CS badge comes just under it while the Competition or Competition Package models sit just a bit higher than the standard M cars. The difference between these three stages should be noticed the most on the track but also in a straight line as the BMW M4 CS in the footage below will prove.

The BMW M4 CS is the most hardcore version of the M4 which can be driven on public roads, excluding the ultra-rare GTS model. It comes with a bunch of modifications done to the two axles, the suspension and engine, all of which work perfectly together to deliver an incredible performance package. Only about 3,000 of these cars are to be made according to BMW, not because they are limiting the number but because that’s the amount of BMW enthusiasts willing to pay the price for it. 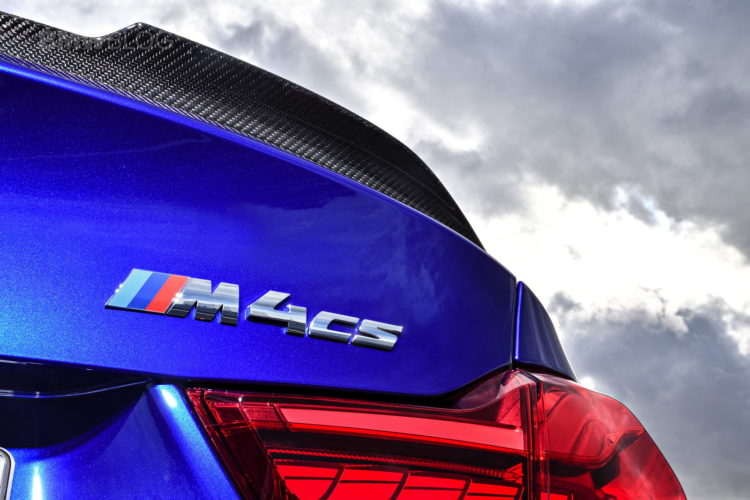 Under the hood of all CS models – because there’s also an M3 CS on the table today – hides the same 3-liter straight six engine otherwise known internally under the S55 codename. However, in this application it makes 460 HP and 600 Nm of torque, slightly more than the car the M4 CS at hand is going up against. The M3 Competition Package comes with 450 HP and 550 Nm of torque, numbers which should pretty much settle this drag race before even setting off.

Chip in the lower weight of the M4 CS and things don’t look all that great for the M3. However, the difference shown by the video below seems to be explaining exactly what BMW tried to achieve with these cars and just how much of a performance difference there is between them. While it may not seem like much, on the track, where these cars are supposed to duke things out, the M4 CS would probably put even more distance between it and the M3 Competition Pack.