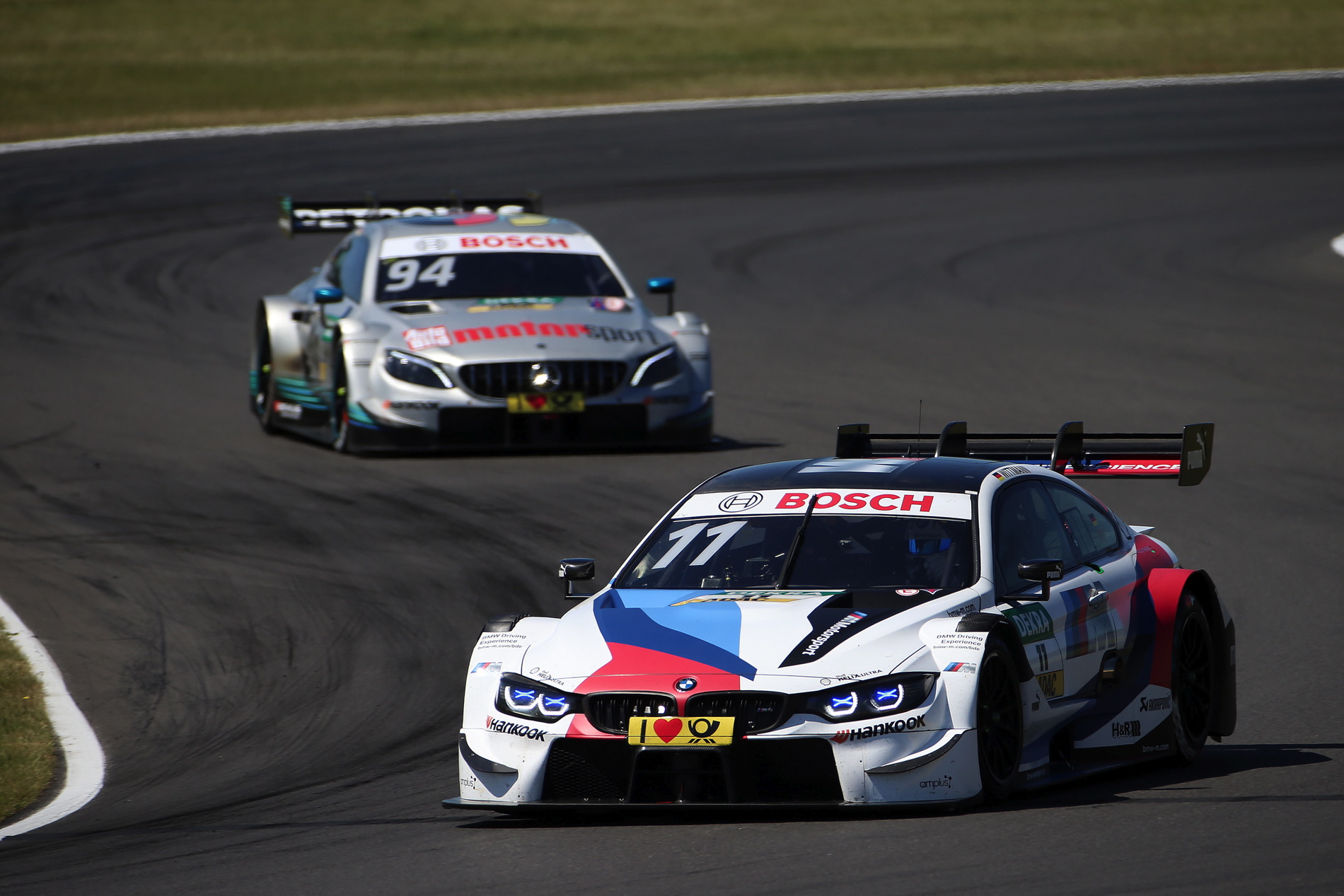 Another BMW driver celebrated on the podium after the fourth race of the 2018 DTM season: after 34 laps, Marco Wittmann (GER) crossed the finishing line in second place in the BMW Driving Experience M4 DTM. The two-time champion was 1.427 seconds behind winner Gary Paffett (GBR, Mercedes). Timo Glock (GER) finished fifth in the DEUTSCHE POST BMW M4 DTM, retaining his top position in the drivers’ standings with 72 points from four races. In qualifying, Philipp Eng (AUT, SAMSUNG BMW M4 DTM) had celebrated the first pole position of his DTM career but had to be content with seventh position in the race. Joel Eriksson (SWE) was also in the points, finishing ninth. 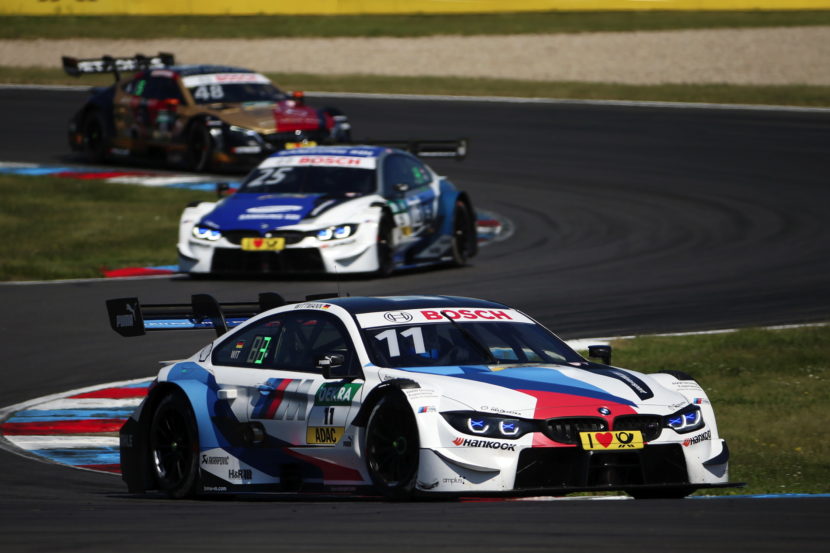 Bruno Spengler (CAN, BMW Bank M4 DTM) and Augusto Farfus (BRA, Shell BMW M4 DTM) however leave the Lausitz without scoring any more points in the overall standings. They crossed the line in 15th and 16th positions.

Reactions from Sunday’s race at the Lausitzring:

“The DTM and Formula E on the same weekend – and just 140 kilometres apart: That was a first. The races in Berlin and at the Lausitzring really showed the depth of motorsport coverage that BMW has. In the capital, fans watched a thrilling BMW BMW i Berlin E-Prix. The two enthralling DTM races saw us top up our points and celebrate three podium finishes. It was great that Timo Glock was able to defend his overall lead and it was certainly an eventful weekend for BMW M Motorsport and BMW i Motorsport.”

“All the cars were within one second of one another in qualifying, which shows just how close the field is. The changes to the track layout paid off and we saw more thrilling races and great battles here. It was a very good weekend overall for Philipp. He was on the podium yesterday and got his first pole position today. It was a shame that he wasn’t able to turn that good starting position into a better result but he will be able to learn a lot from this race. In the second half of the race, Marco was the fastest out there. He worked his way through the field really well and fought hard for that podium spot. Timo also made up a few places to score some important points. We had five drivers in the top ten yesterday, and four today. That’s a good overall result for BMW. We have got plenty of momentum going into Budapest. Congratulations are also due to Gary Paffett and Mercedes on the win today.” 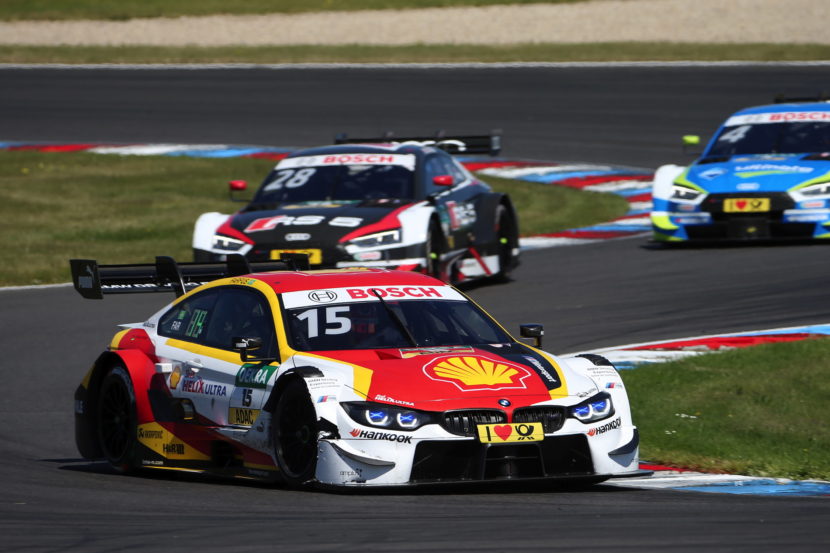 “I am delighted for Marco. We never let ourselves get distracted. We reacted in the right direction here and were able to implement a lot of things that we learned from the first races. Marco was able to read the race perfectly, and reacted perfectly in the car too. That helped him to move up two places in this tight field. Timo also had a great race. His objective was to score some points and that is just what we did. As far as Augusto is concerned, we will have to see what happened today.”

“I am really satisfied. We had a great race pace, I was able to attack Philipp early on and overtake him. After that, I was going round as well as Pascal. We had actually planned on stopping on the same lap as him but I just decided to do it differently. I stayed out one lap longer and hoped to stay ahead of him. I actually managed to do that. After the pit stop, I noticed right away that I could go on the attack again. I got closer to Gary with each lap but there just weren’t enough laps in the race. Nonetheless, this second place does feel a bit like a win.” 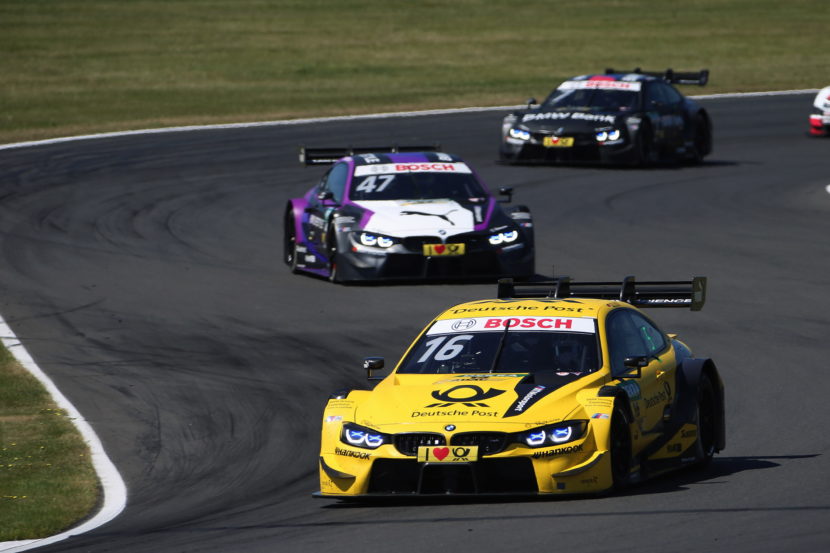 “Unfortunately, we didn’t have the right grip this weekend and we didn’t find the right balance. It was just one long struggle. We have to do our homework now and improve for the race in Hungary.”

“That was a tough battle today from tenth place to fifth. I think that was the best I could do. Everyone behind us was on an aggressive strategy. That meant that they could get ahead of me so I lost a lot of DRS early on. Looking at it like that, I am satisfied with fifth place. I am happy for Marco. We put on a great team performance today. If we could drive freely, we would be right up there in terms of speed.” 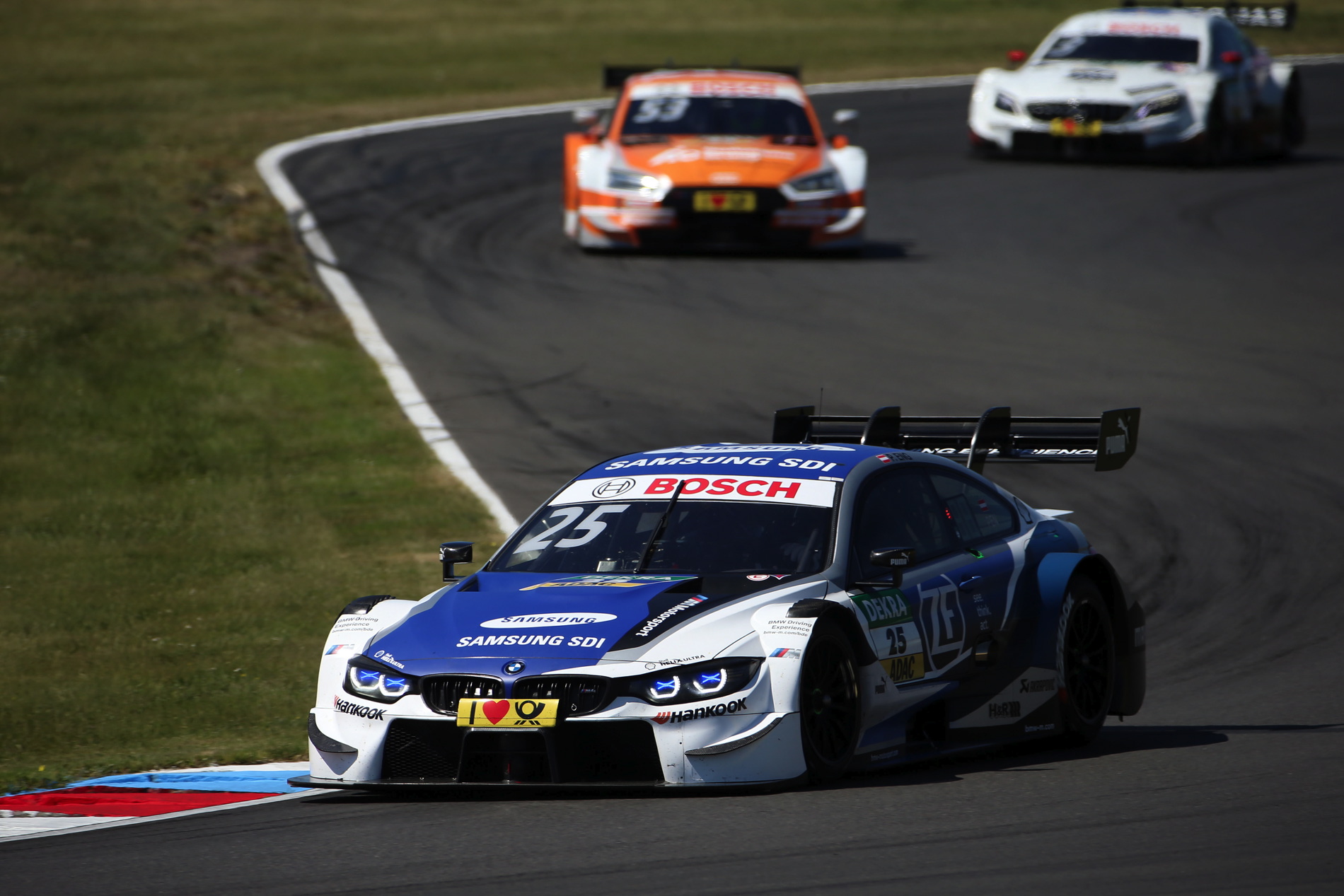 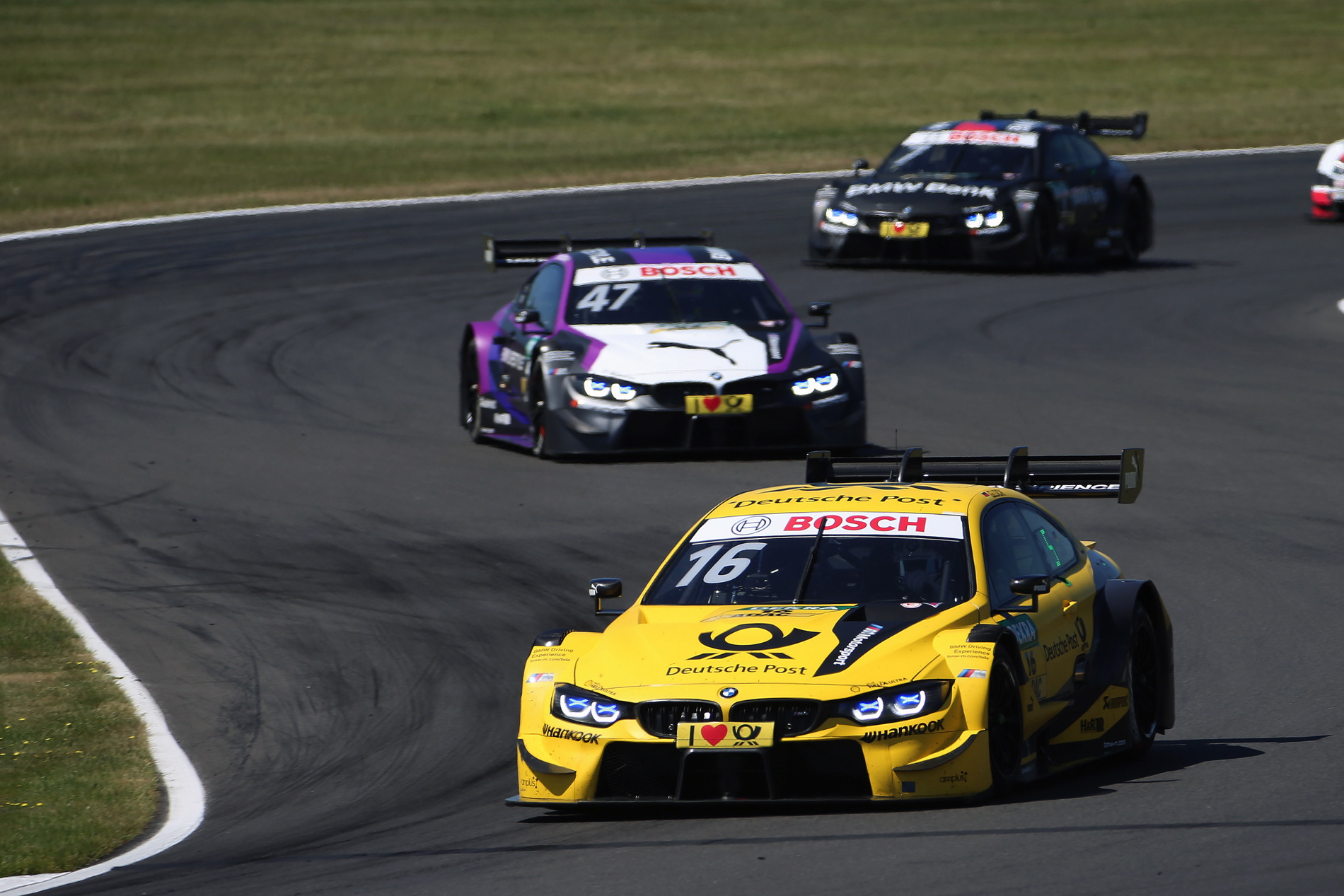 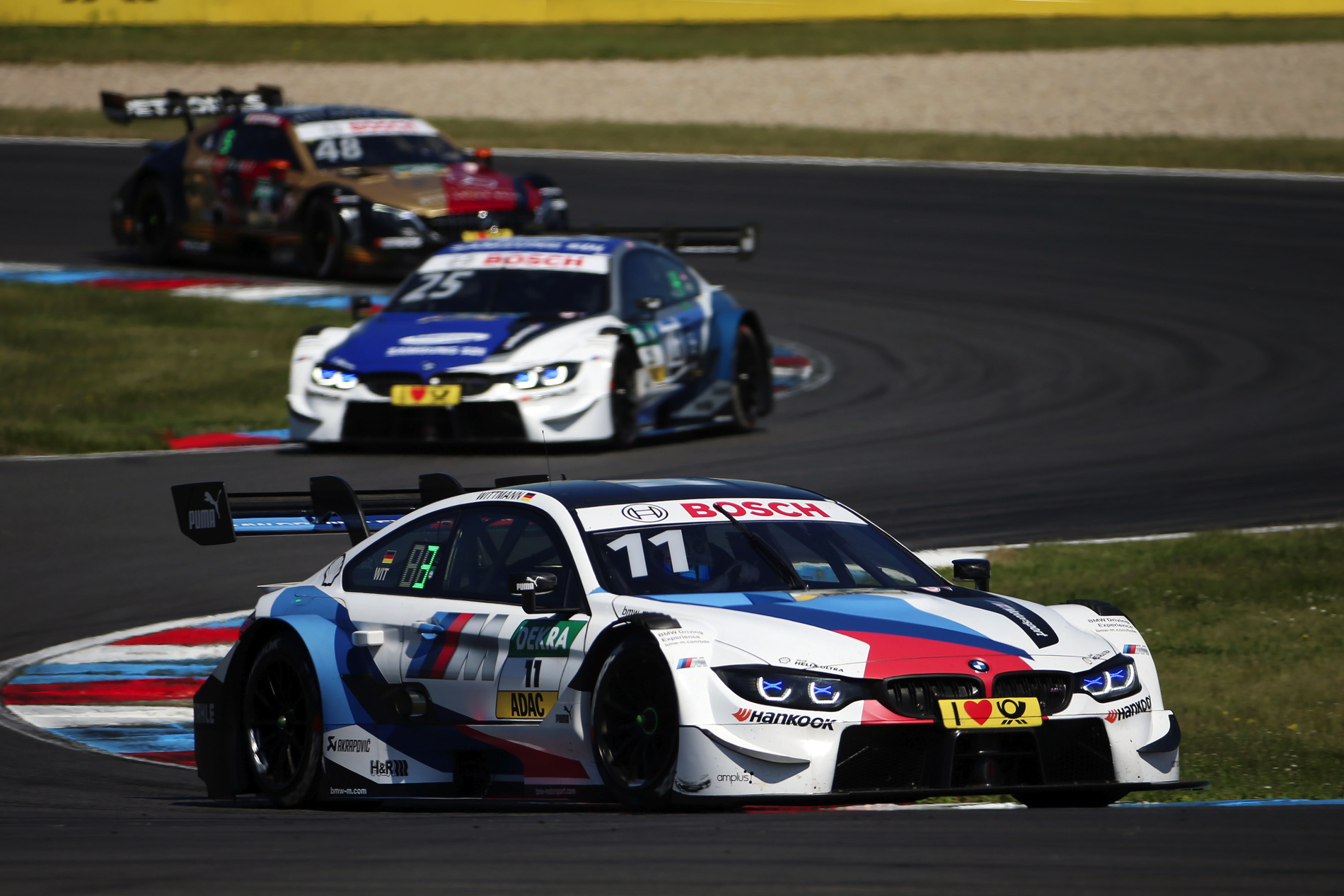 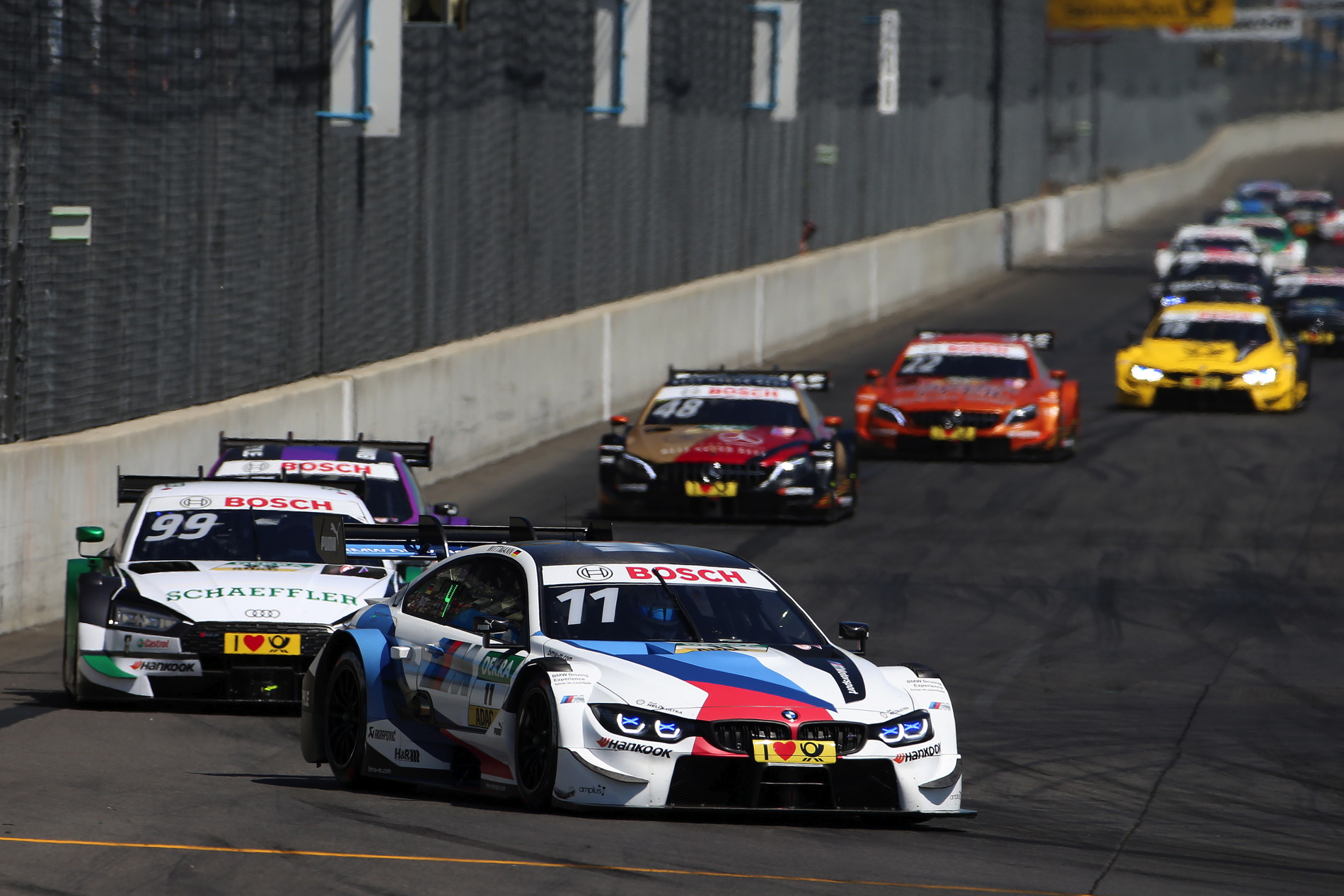 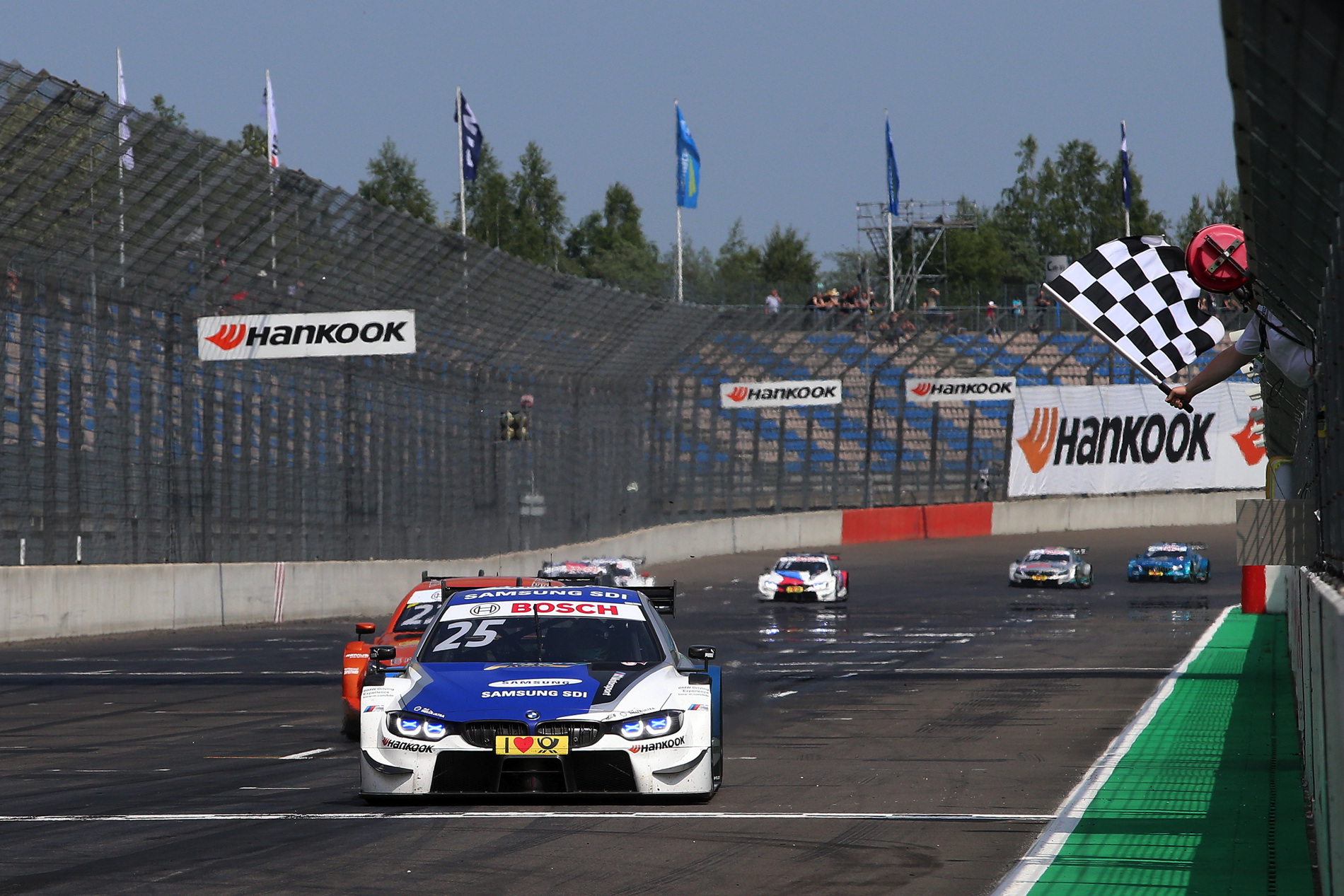 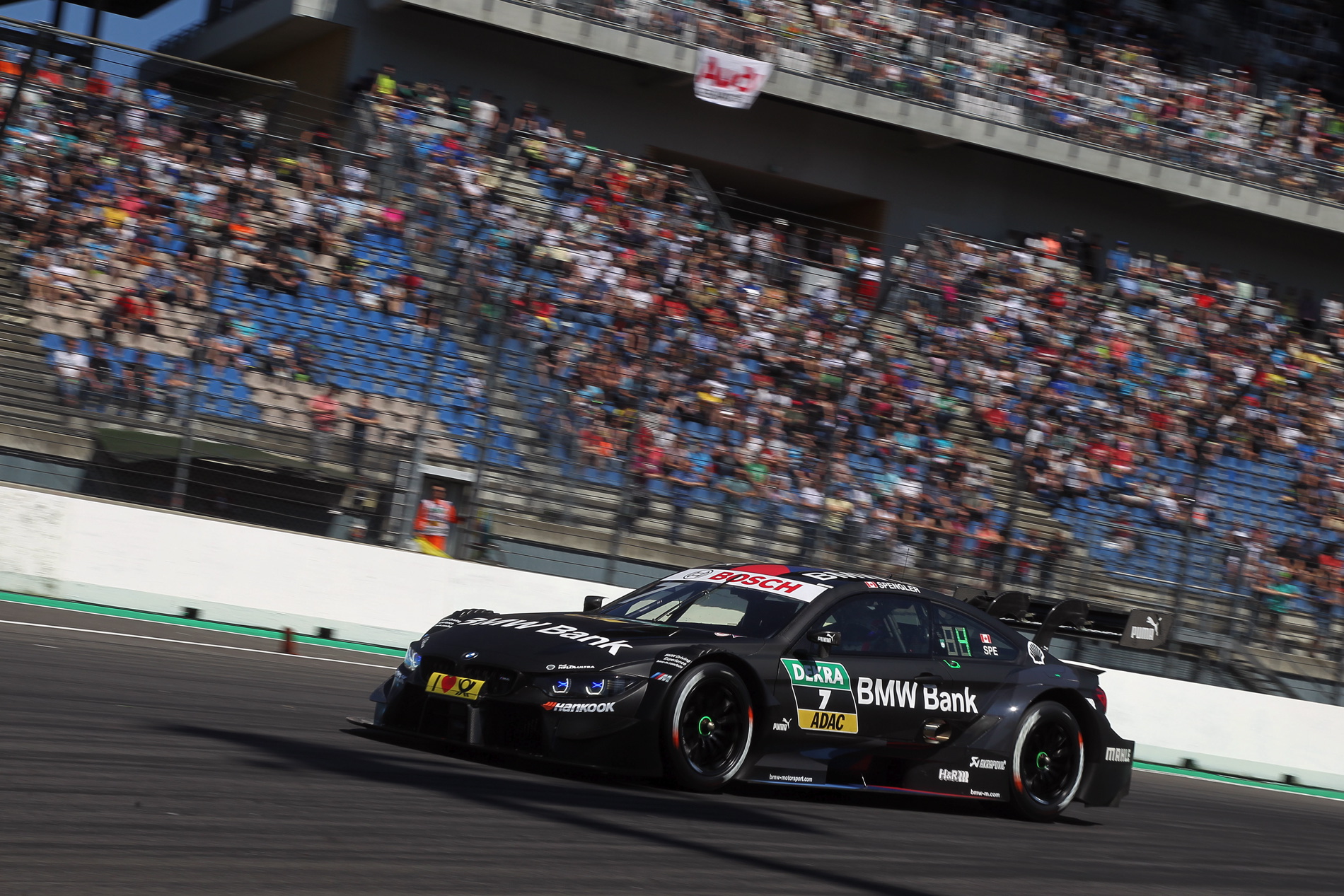 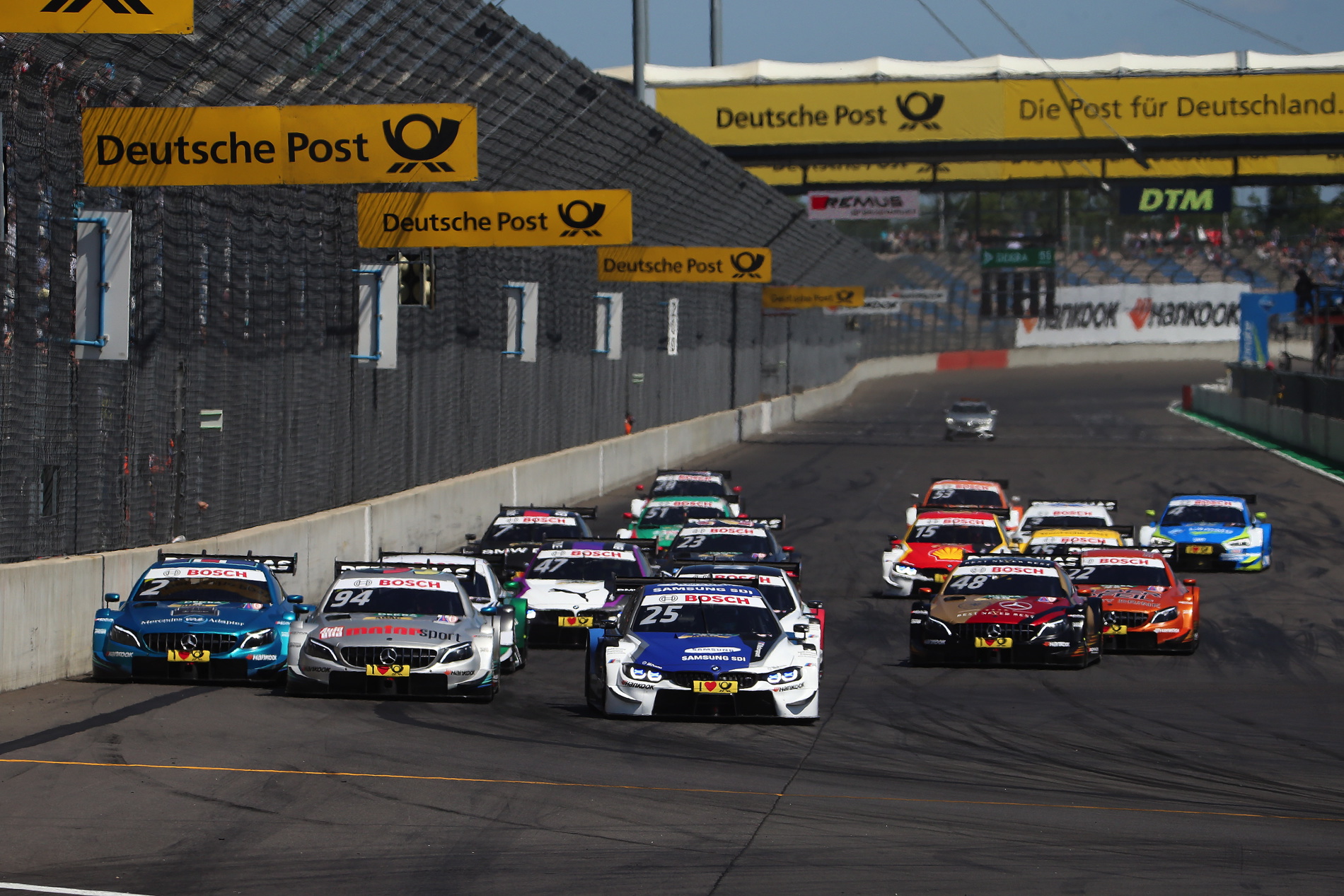 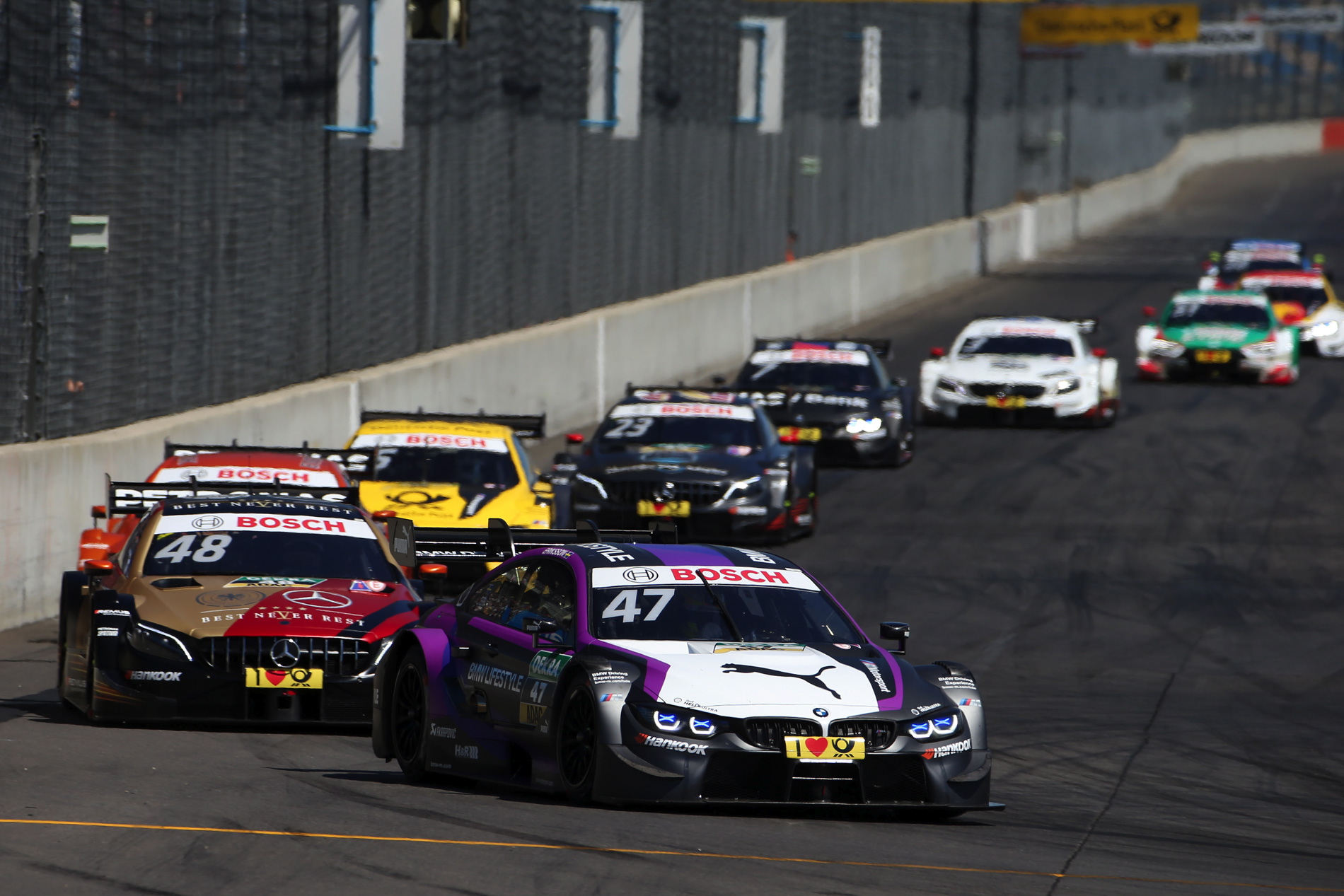 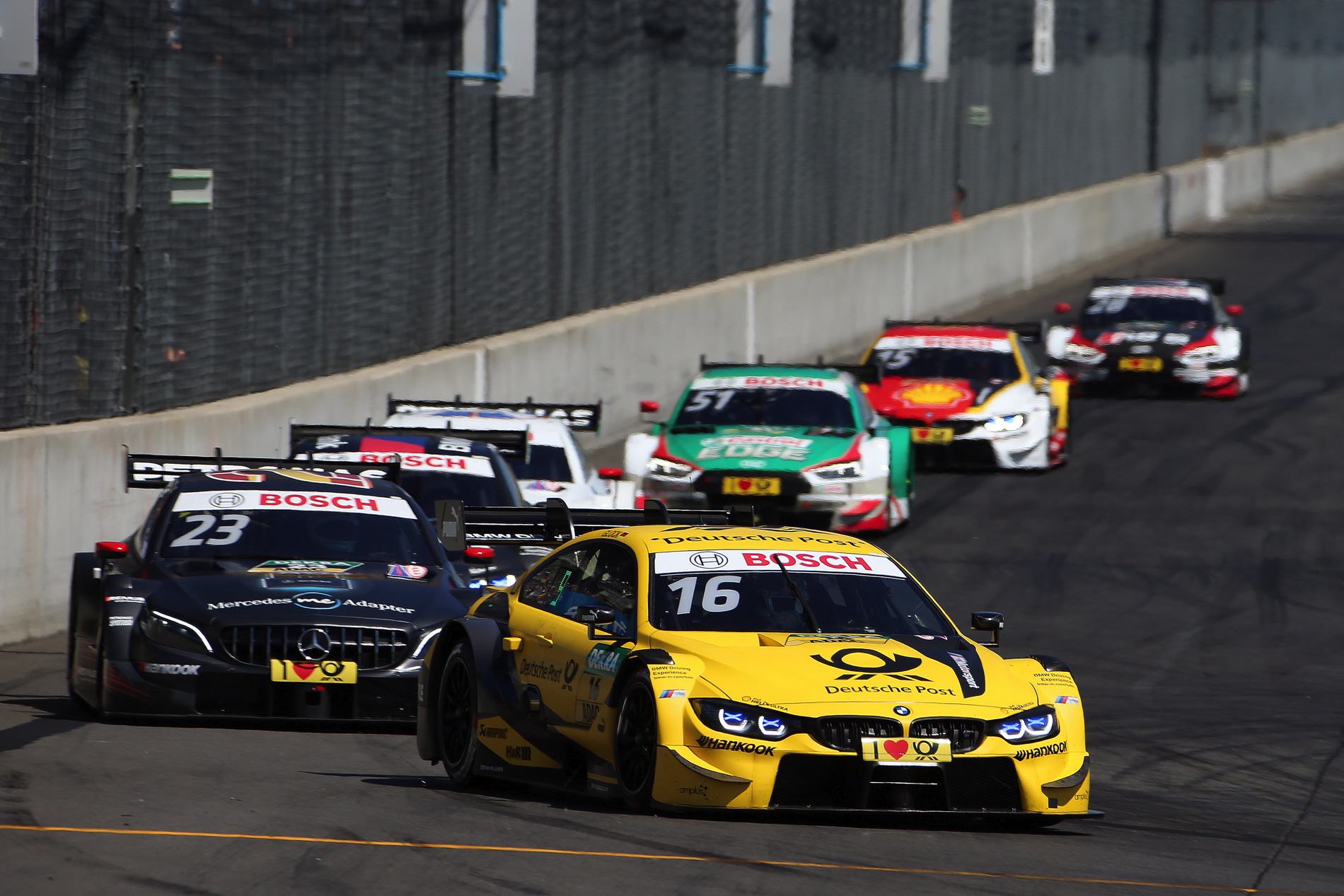 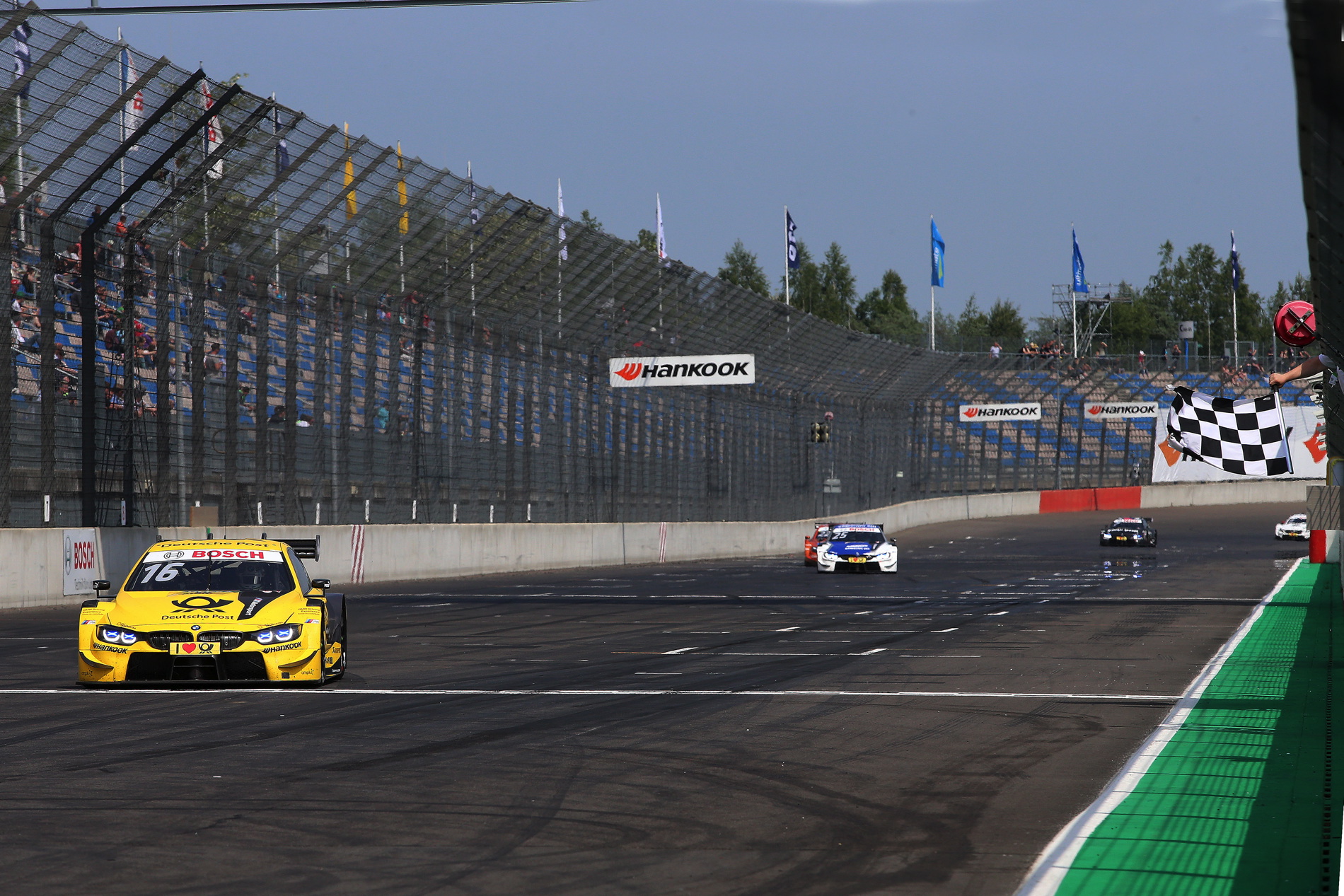 “Philipp Eng produced a great performance in qualifying. He drove his fast lap on the first run. That is extraordinary but the race was then a challenge. The DRS plays an important role at this circuit. If you have to go on the defensive from the first turn, it can get difficult. However, it is clear that we are making great progress with every race. We have two rookies in the team and both of them were in the points today, so we are very happy with that. We tried out another strategy with Bruno. Sadly, that didn’t work out so well.”

“Expectations change when you start from pole position. That was really a difficult race. I got everything right at the start. After the start, I wanted to pull away a bit. I managed to do that but things got difficult once the others were in the DRS window. In general, I had a very successful weekend. All told, third place yesterday, and pole position and the seventh place today were great.”

“We lost a few points today. Our strategy just wasn’t quite right and we stopped too late. That was annoying. Now we are concentrating on Budapest. I want to get back in the points there.”

“My pace during the race was really good. I started well and the first lap was excellent. Unfortunately, I lost a few places while the lads in front of me were battling away. I got shoved off the track a couple of times too. I could have done better. We will carry on pushing.”