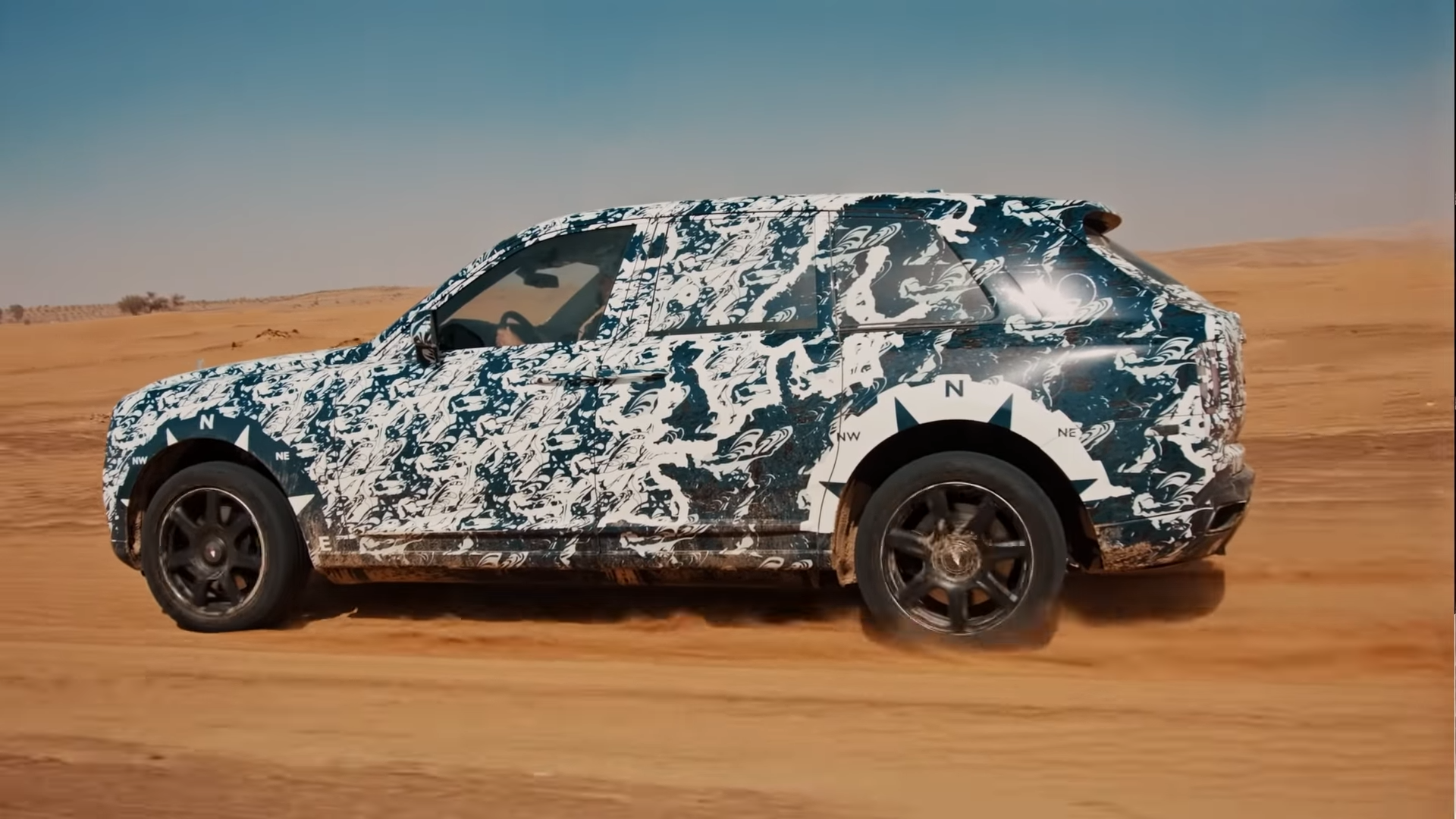 Rolls Royce is currently in its final stages of testing its first ever SUV, the Cullinan. During its testing the Double-R brand has been taking it to some of the most extreme places on the planet to make sure that it can prove the brand’s “Effortless, Everywhere” claim. At the moment, the Rolls Royce Cullinan is in the UAE (United Arab Emirates) and we previously saw in tackling some very smooth and twisty roads with surprising aplomb. Now, though, we get to see the high-riding Roller in the desert and it’s even more surprising there.

In this new video, we see the Rolls Royce Cullinan tackling some genuinely tricky desert terrain. Deep, loose sand is one of the most difficult types of terrain for an off-road vehicle to conquer, yet the Cullinan truly seems effortless here. Toward the beginning of the video, there’s a close up shot of the front wheel in motion, at a decently high speed, and we can see the wheel and suspension moving up and down rather quickly, while the body stays almost perfectly still. Only big undulations seem to make the body pitch or heave. It’s remarkable how Rolls Royce has tuned this new suspension. 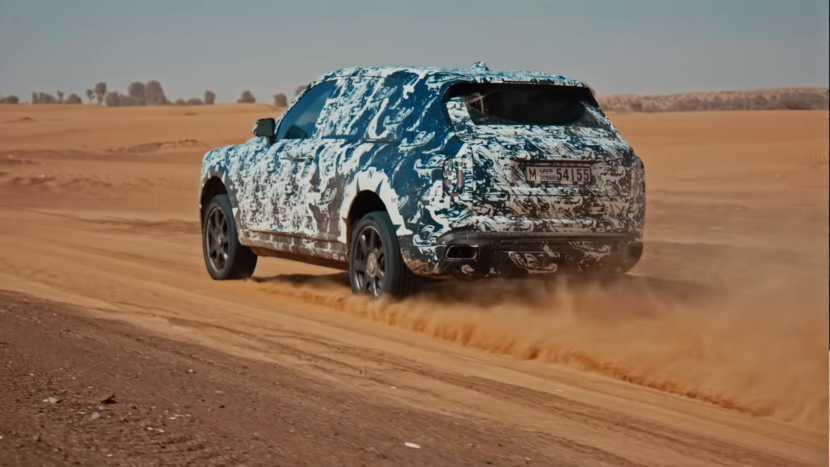 We also get a pretty good look at its styling in this video, despite it being wrapped in camouflage. It has a whiff of Range Rover to its design, which isn’t all that surprising considering that car has been a staple of British SUVs for decades and the Cullinan is also a British SUV. Its shape looks good and the new Phantom VIII design language seems to translate well to an SUV.

When they arrive at their destination, a falconer is there to greet them and show them the art of falconry. The Shaheen Falcon is part of the Perigrine Falcon family and is the fastest creature on earth, with the ability to achieve over 200 mph in a mid-air nose dive. It’s remarkable to watch the falcon do its thing and it’s a fascinating bird. One thing the narrator mentions is that the falcon is a survivor because it has to be, living in the environment that it does. The Rolls Royce Cullinan proved that it, too, can survive in that harsh environment. Except the occupants in the Cullinan can survive in the desert with quad-zone climate control, sumptuous leather and a champagne cooler.