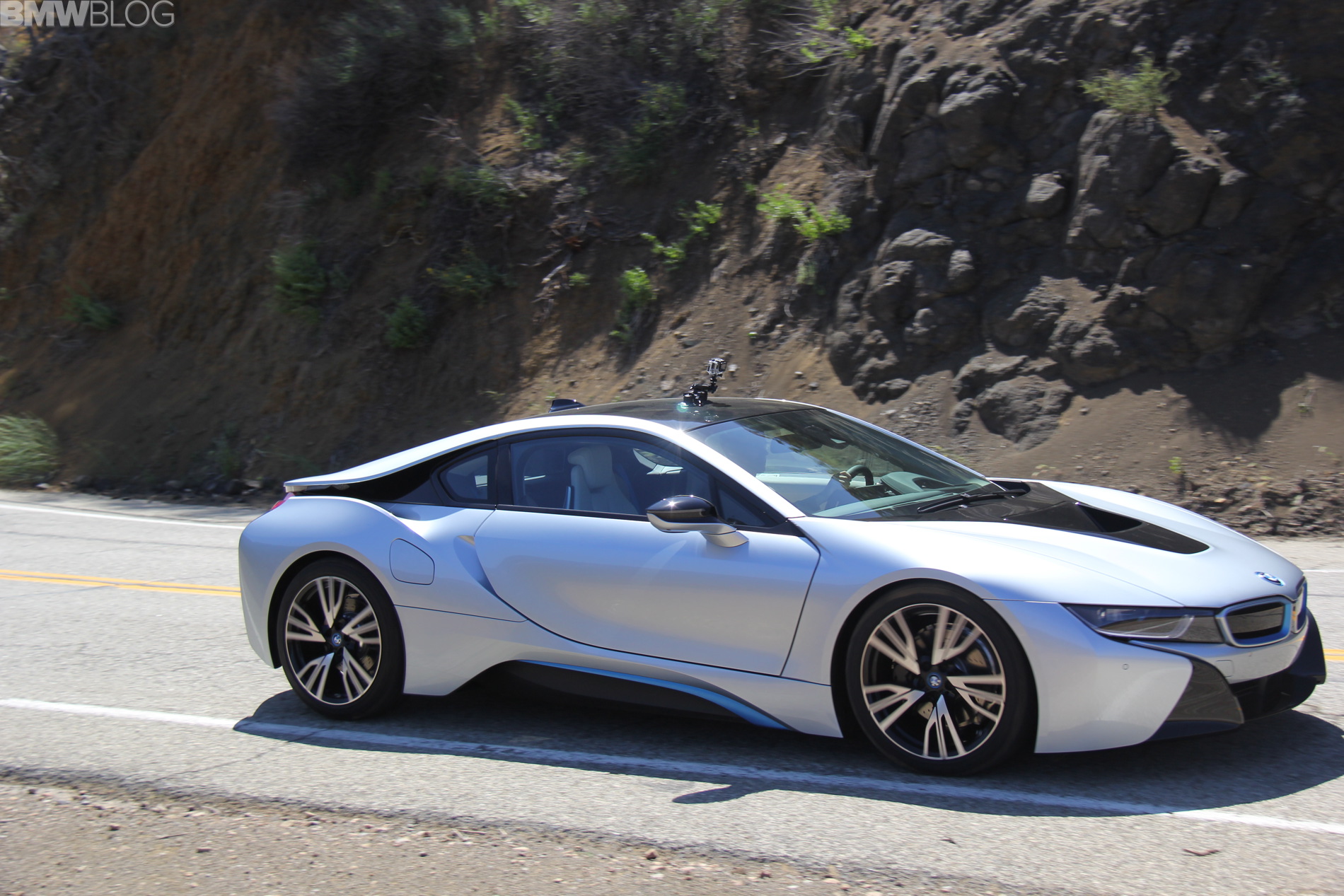 I know you’re probably wondering how it’s possible to have a long-term test drive of a car that didn’t even start production until very recently. Well, sit back with a cold brew – that’s a beer for our Euro friends – and let me share a true story about a man and his BMW i8. To paraphrase Betty Davis’s famous line from the movie All About Eve: “Fasten your i electric blue seatbelts. It’s going to be a bumpy ride.”

Let me start with a little history. I first fell in love with the BMW i8 when I saw the concept vehicle at the 2011 Los Angeles Auto Show. From the moment I saw it, I knew I just had to have one someday. Move ahead a couple years to when the production car is unveiled at the Frankfurt Auto Show in September 2013. 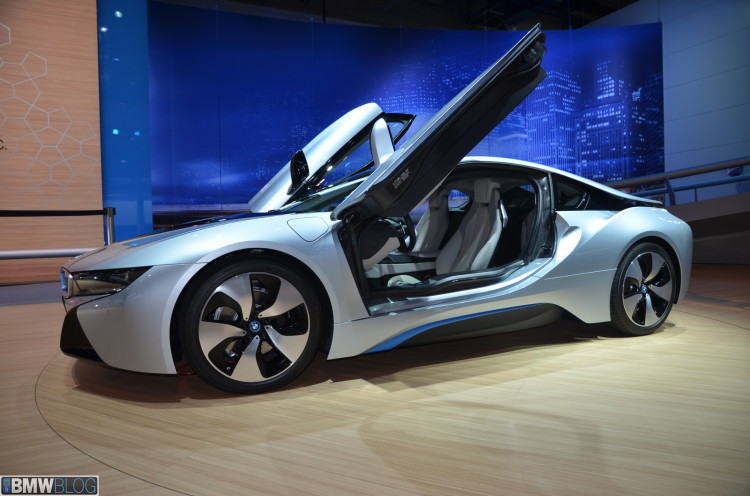 I immediately starting contacting dealers in Southern California to determine where I might get on a waitlist to buy the car. After finding a dealer that agreed to sell the car at MSRP (some at the time were indicating $50K-$100K over), I put down a deposit and received that dealer’s first allocation. The official order was not able to be placed until July 2014 and at that time, it appeared the car would arrive around September 2014.

Like many of the other i8 buyers at that time, I dutifully tracked the progress of the car through production and shipping via web sites and calls to BMW North America (“Release Hold” became a nasty term). In September 2014, with the car’s arrival in California only a couple of weeks away, I happened to have a business trip to Hong Kong that was supposed to last one week. That’s when disaster struck (me, not the car)!

A day after I arrived in Hong Kong, I suffered a burst appendix. Due to complications, I ended up spending a month in a Hong Kong hospital. When I got out, I was a physical and emotional wreck, and felt like I was in no condition to take delivery of a new car, no matter how exciting it was. So, sadly I had to cancel my order and eventually ended up going with a more staid and practical choice, the BMW 550i. I enjoyed the 550i – good power, very luxurious – for the past three and a half years, but I never lost interest in the i8. I did, however, lost my taste for Chinese food.

Late last year, with the end of my 550i lease approaching in April 2018, I was excited to hear about the upcoming arrival of the 2019 BMW i8 Coupe LCI and roadster. Coincidentally, both cars were officially revealed, once again, at the L.A. Auto Show in December 2017 with an indication that they would be available in Spring 2018. I decided then that the time had come for me to realize my dream, so when U.S. dealer order banks opened in February of this year, I quickly placed my order for a Crystal White Pearl Metallic with Frozen Grey Accent (and Tera World interior) coupe. Just as I had done four years earlier, I tracked the car from production through delivery, checking its status daily via web sites. Don’t tell my children or wife this, but I was probably more attentive to the progress of my i8 than I was to the 9-month gestation period of both kids.

And so, after a wait of nearly 7 years, I finally took delivery of my dream car on the evening of April 21, 2018, the night before worldwide Earth Day! What appropriate timing to pick up this eco-friendly, other-worldly car. Throughout those long years of waiting, I kept abreast of people’s experiences with the i8 by regularly checking blog posts on the car. I read probably close to 100 published reviews of it by the automotive press. I could recite by heart every pro and con that has ever been mentioned about the car. And I took about half a dozen test drives, including having one brought to my house so I could check clearances in my garage and confirm that my golf clubs would fit in the rear seat. I also discovered on that visit that because of a sharp angle at the entry to our driveway, the bottom of the i8’s front spoiler would scrape slightly. That would clearly not be acceptable on an ongoing basis, so I had the entire driveway re-graded and replaced the asphalt with pavers prior to the arrival of the car. 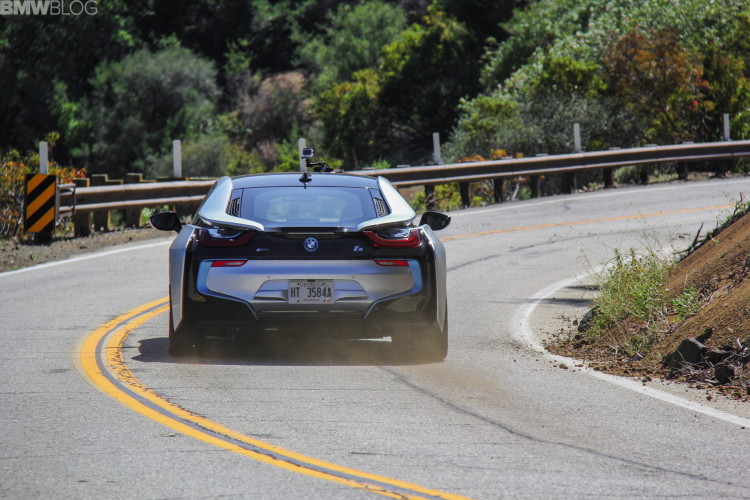 So, what’s it like, you ask? Let me answer by using my best automotive press lingo: OMG, it is fricking un-fricking believable! I know there are doubters (and a few haters) out there that will point out its perceived shortcomings, based on their point of view of what makes a great sports car. But from my point of view, the i8 is un-fricking believable (did I say that already?). Some will say it’s not worth $150,000, but as far as I’m concerned, I got two $75,000 cars in one: an eco- friendly daily driver that minimizes consumption of dinosaur residue, and a HAS (Hot As S_ _ t) sports car that is an absolute gas (ooh, bad pun) to cruise through the scenic canyon roads of Southern California.