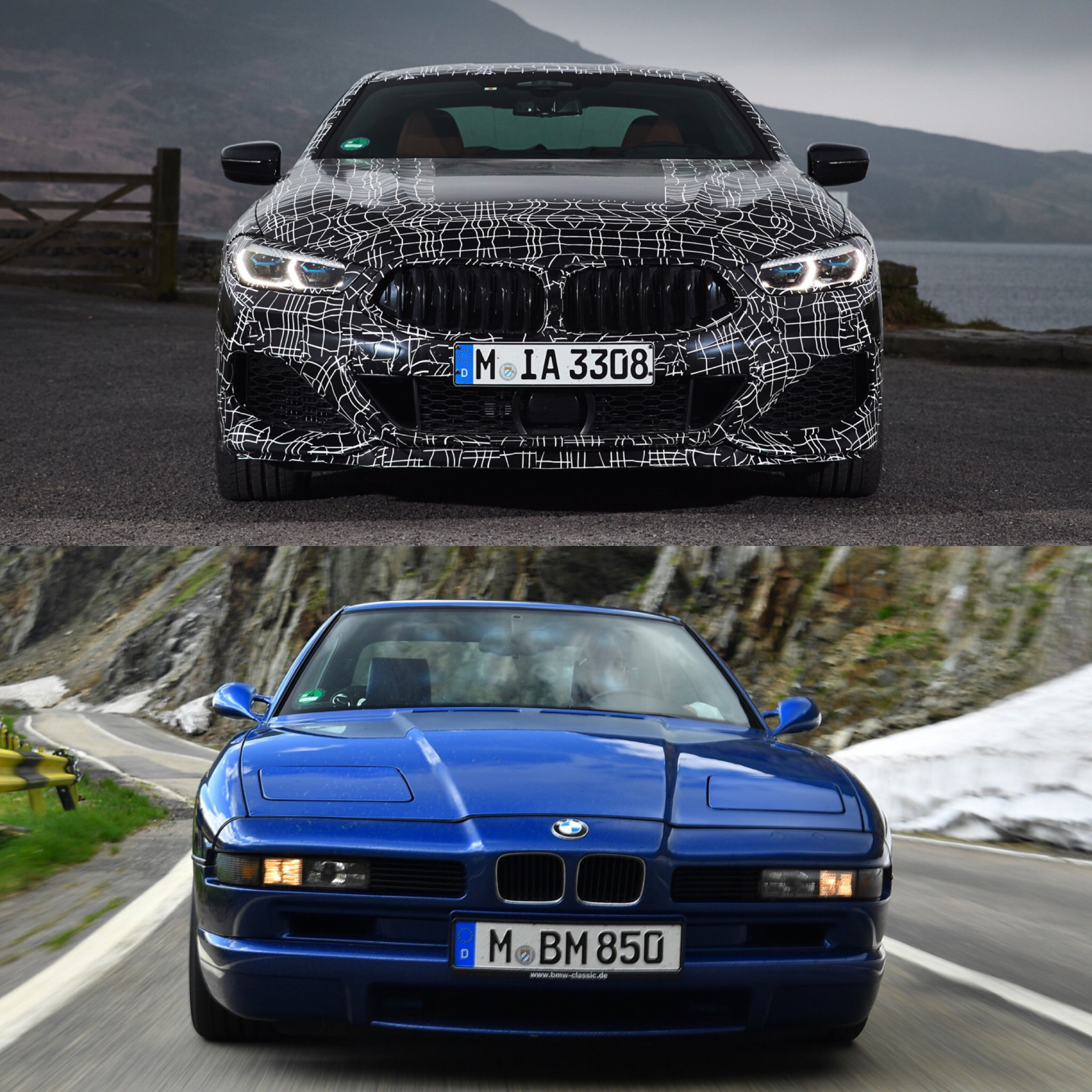 BMW recently gave some journalists a crack at some pre-production BMW M850is, in Wales. It was our first real look at the way the new BMW 8 Series drives and we were able to see the car, albeit under heavy camouflage. And seeing the new 8 Series, only the second generation of the nameplate in history, made us think of the original. Not because they look all that similar but because they both represent the same thing. So we thought it might be interesting to look at both back to back to see how the famous 8 Series has changed, how it’s similar and what it means, and has meant, to the brand. 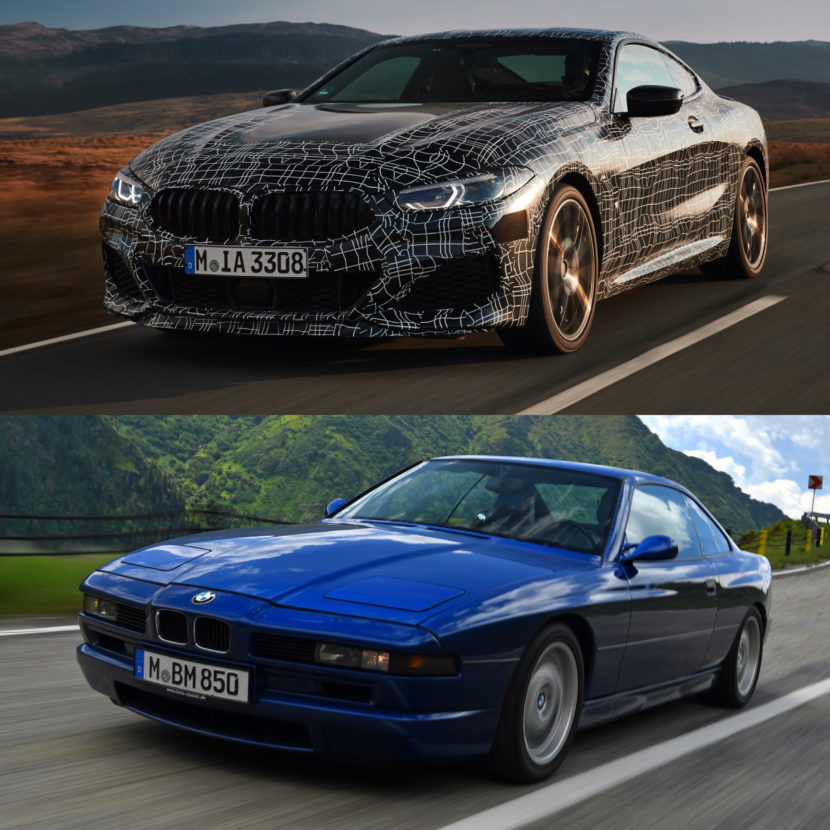 When looking at the new BMW 8 Series compared with the old car, we can see that, while very different, they both have a similar design philosophy. They’re both very long (for their respective times) grand touring cars, with long front ends, short rear decks and frameless door windows. They both have classic GT proportions but the new 8 Series is a bit sportier, with its more aggressive roofline and C-pillar. The old E31-gen 8 Series lacks a B-pillar, though, which looks really classy and expensive. So the E31 8er is the more luxurious-looking GT car while the new G15 8 Series sits on the sportier side of grand touring.

The old E31 BMW 8 Series also seems a bit taller, thanks to its more upright pillars and taller glass. While its spindle-thin pillars and tall glass are mainly a sign of its age, as it was made in an era with far more lenient crash standards and safety regulations, it also shows that it was more of a luxury GT car. Fast, sure, but designed to get you to your destination quickly while also being as comfortable as possible. This new G15 8 Series looks far angrier, like it’s been designed as equal parts sports car and luxury car. To me, the new one seems more like a proper GT car, something more along the lines of an Aston Martin DB11 rival, while the old car’s more relaxed demeanor seems like, if it were made today, it would compete against the Mercedes-Benz S-Class Coupe. 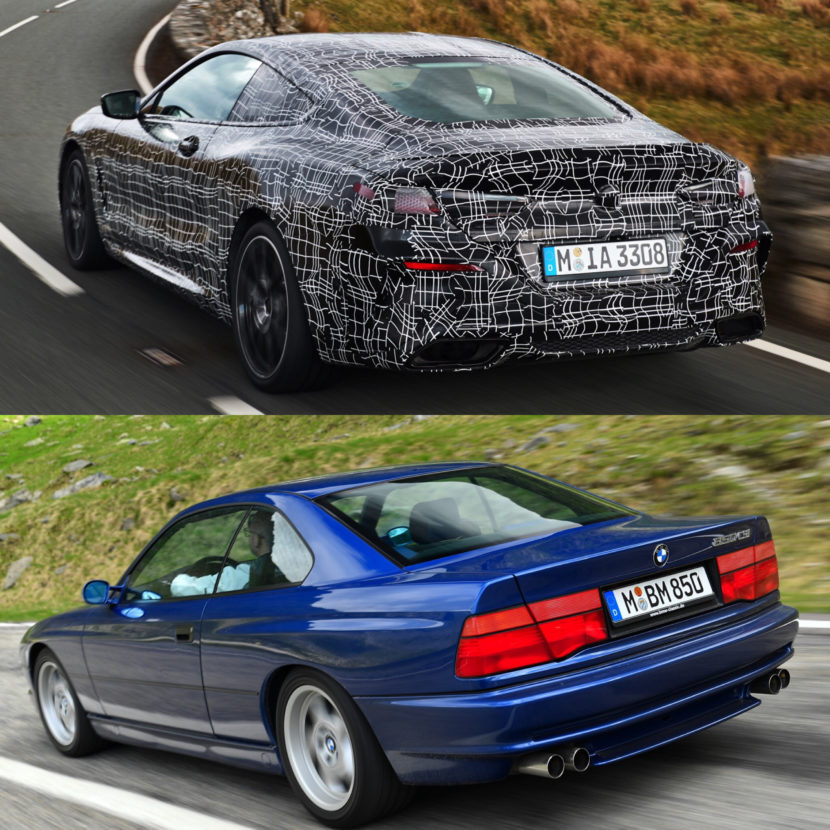 Another hint at that chasm between the two is the fact that the biggest engine available in the old car was a smooth and luxurious V12. While the new 8 Series’ biggest engine, at least for the foreseeable future, will be a V8. The model tested by journalists was the highest trim-level 8 Series, the BMW M850i, which had a twin-turbo V8. The BMW M8 to follow will also sport a V8. So the new 8 Series is designed more for lighter weight and better performance, rather than straight-line cruising speed.

We can’t wait to see the BMW 8 Series without its camouflage. From what we’ve seen, it’s going to be a beauty and a very aggressive one at that. The old E31-gen 8 Series is still a very pretty car and one that enthusiasts are warming to more and more as the years go by. So it will be interesting to revisit this little comparison once the camo has been removed. 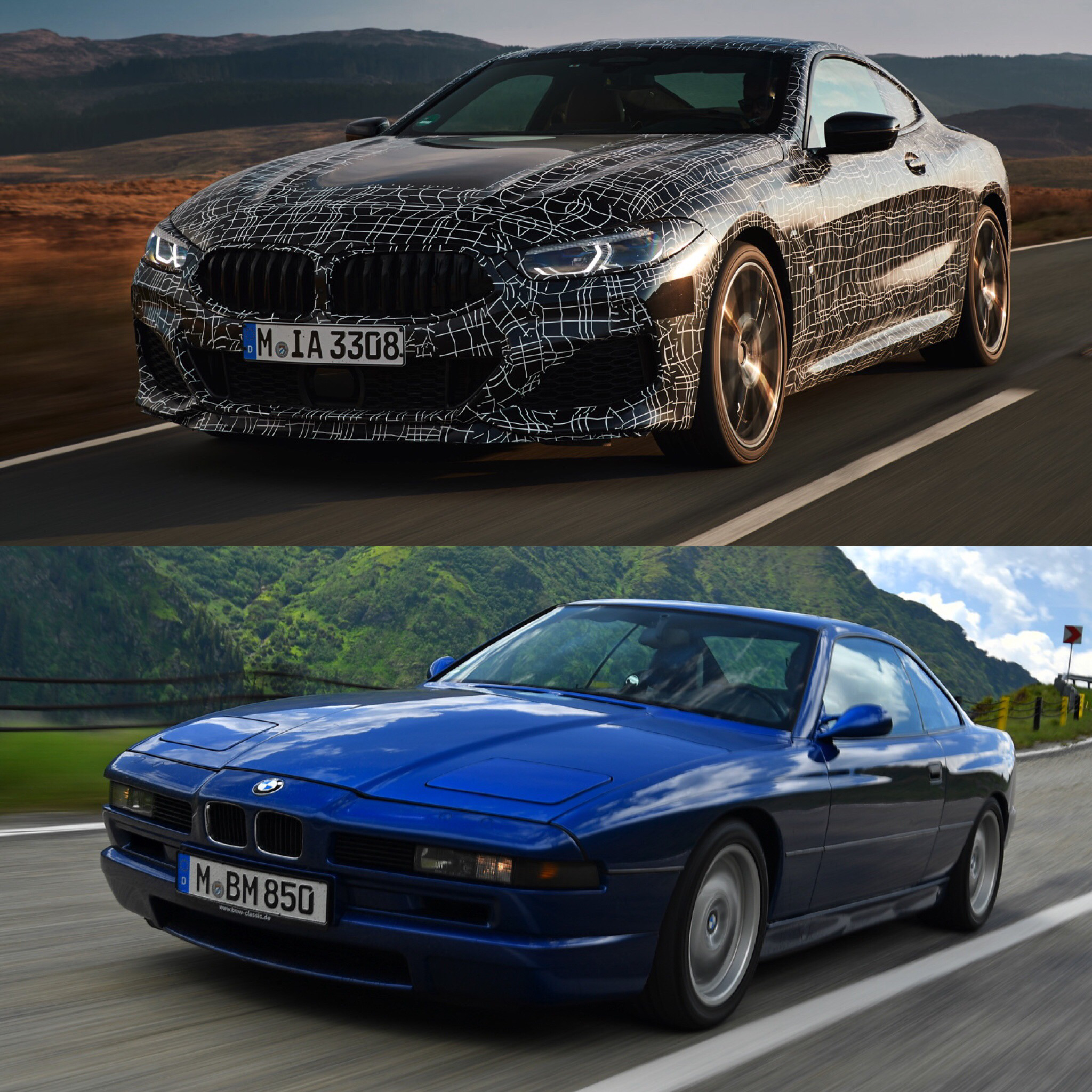 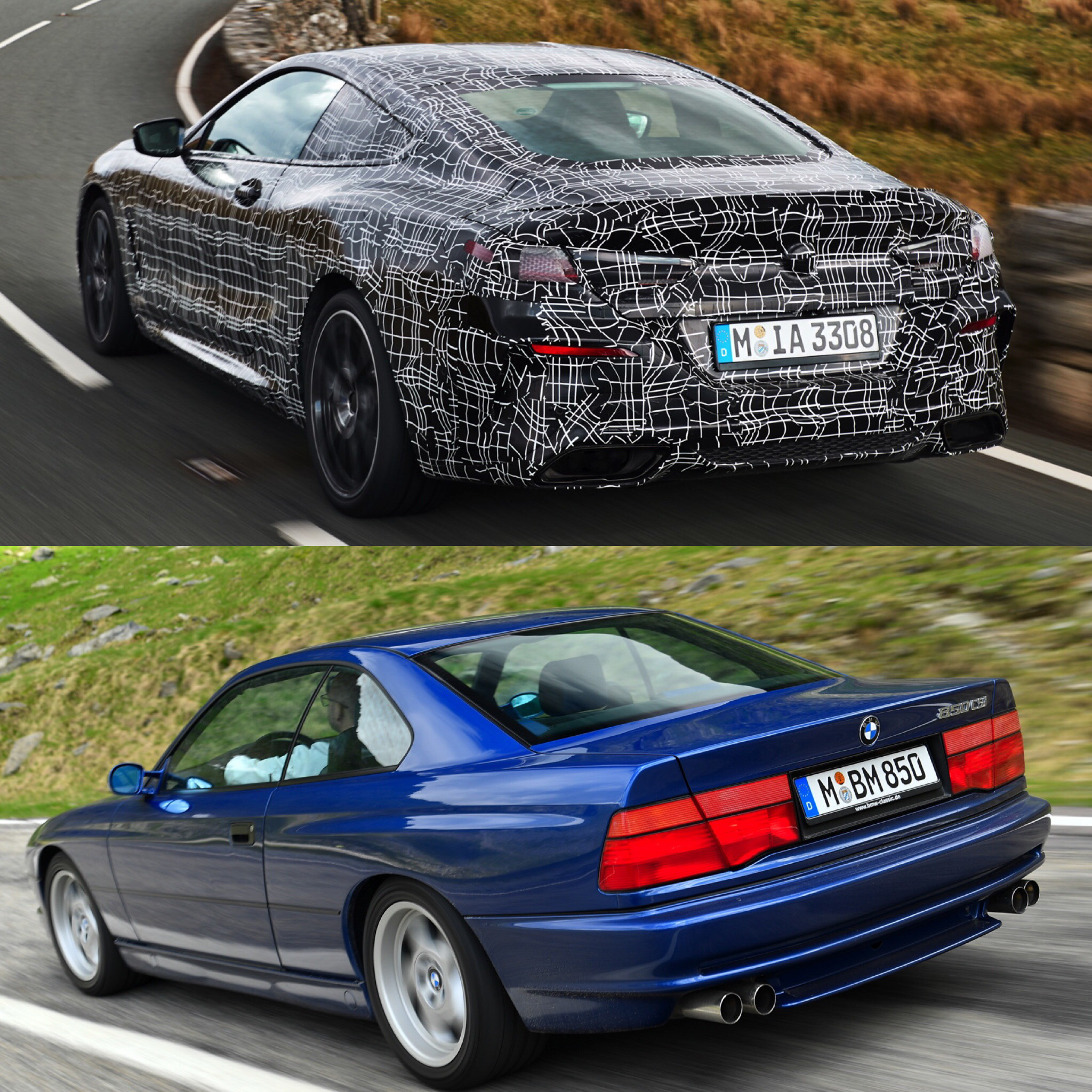 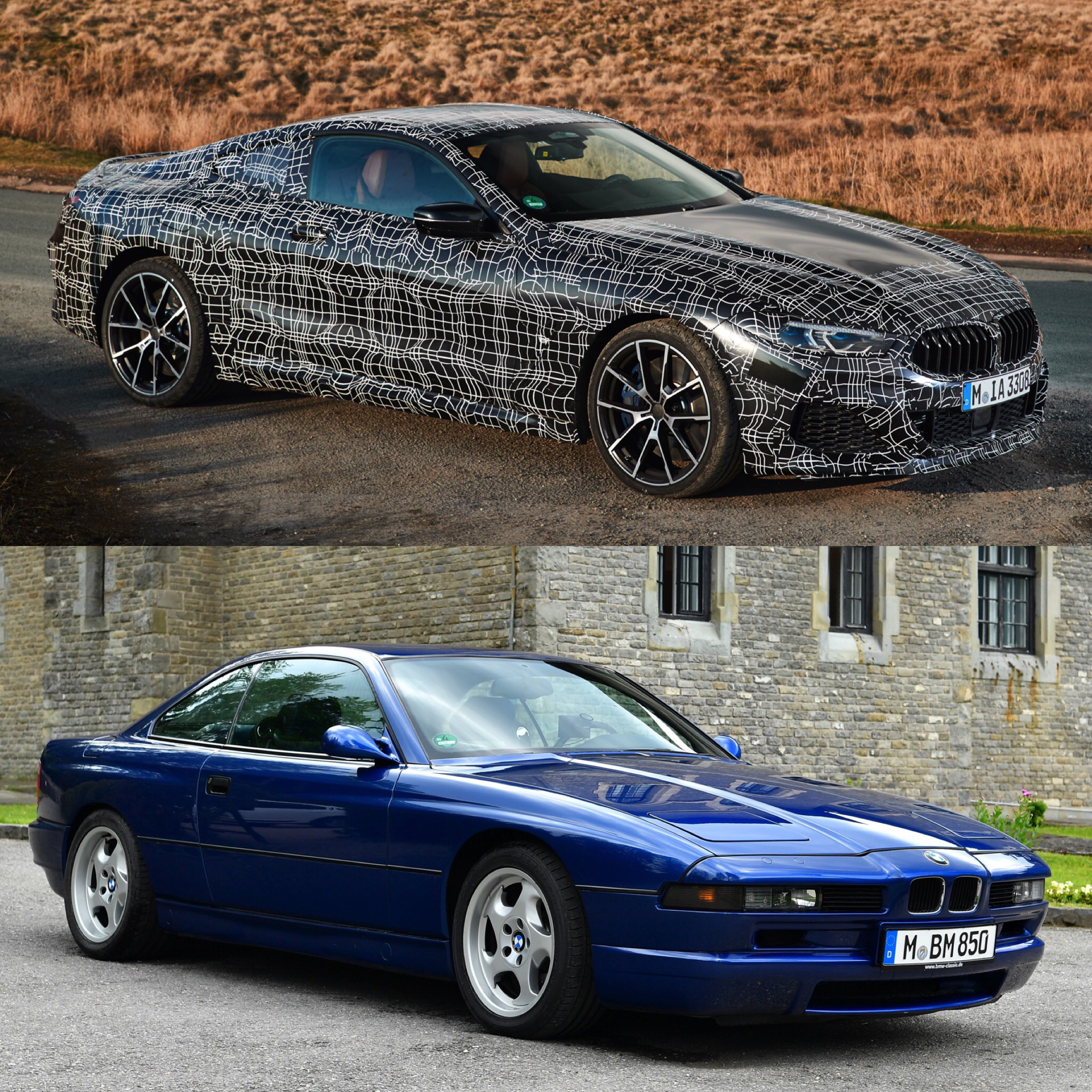