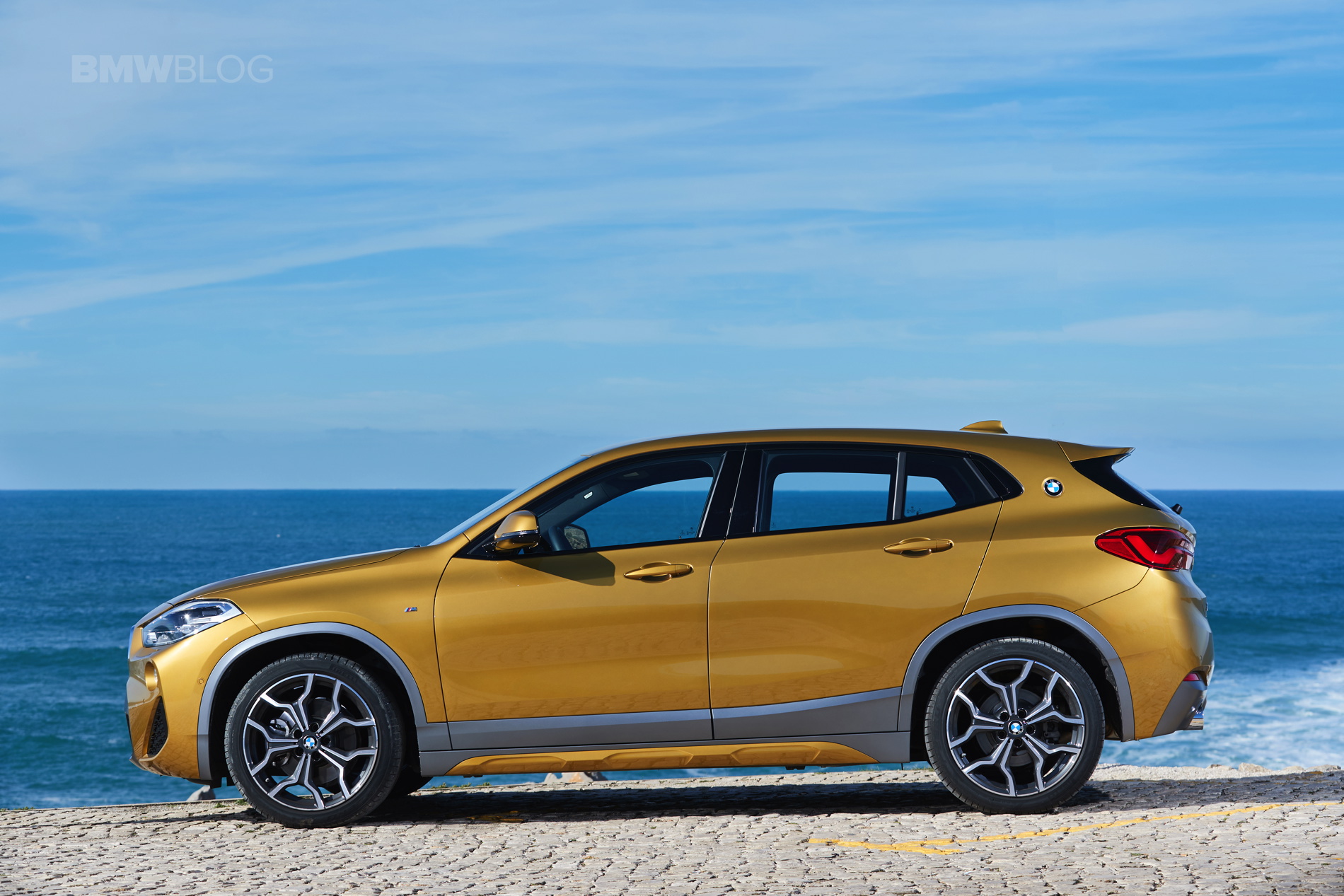 Ah, the BMW X2 again. I feel like many BMW purists would rather read about a burning orphanage than the BMW X2, as its front-wheel drive-underpinnings are considered the work of the devil. However, if any X2-hater were to actually drive it, we’d bet they’d be pleasantly surprised. Plus, the X2 is an incredibly important car for the Bavarians, as it gives them a horse in a very popular race. Which is exactly why Automobile Magazine recently tested it back-to-back with the brand-new Volvo XC40 and Jaguar E-Pace.

The latter two crossovers are very new, very attractive little premium cars that will surely attract a ton of new buyers. So BMW needs a car to compete and now it has that in the X2. So which one of them is best?

Well, all three are quite similar on paper. All three are front-wheel drive-based crossovers with all-wheel drive, 2.0 liter diesel engines and automatic gearboxes. They’re all pretty much  identical, in terms of performance, as well. The BMW X2 and Volvo XC40 both hit 60 mph in 6.3 seconds while the Jaguar takes just a few ticks longer, at 6.6 seconds. To be honest, no one really cares about actual performance figures in these cars, as they were never going to be fast, you just want to know if they can easily keep up with traffic and be mildly entertaining. All three of them can do that. So, as far as performance goes, they’re about equal.

Where they start to separate is when you actually get moving. We’ve recently driven the BMW X2 and we completely agree with everything Automobile says about it. According to them, the X2 is the best of the bunch to drive. “Once again, the X2 confirms its ability to eclipse its rivals on just about every rung of the driving-pleasure scale. Its steering conveys an extra touch of accuracy, promptness, and transparency. Its brakes are relentless, energy-squashing pros.” Its only real downfall is its harsh ride which, at least on M Sport suspension is quite firm, much more so than we expected.

The Volvo XC40 is a pleasant car to drive, with good steering and a nice ride but it’s not as fun as the BMW. The Jaguar E-Pace has probably the best combination of ride qualities, being both comfortable and firm and it’s impressively capable on a twisty back road. But the X2 is the best of the bunch to drive and that’s why it wins the test.