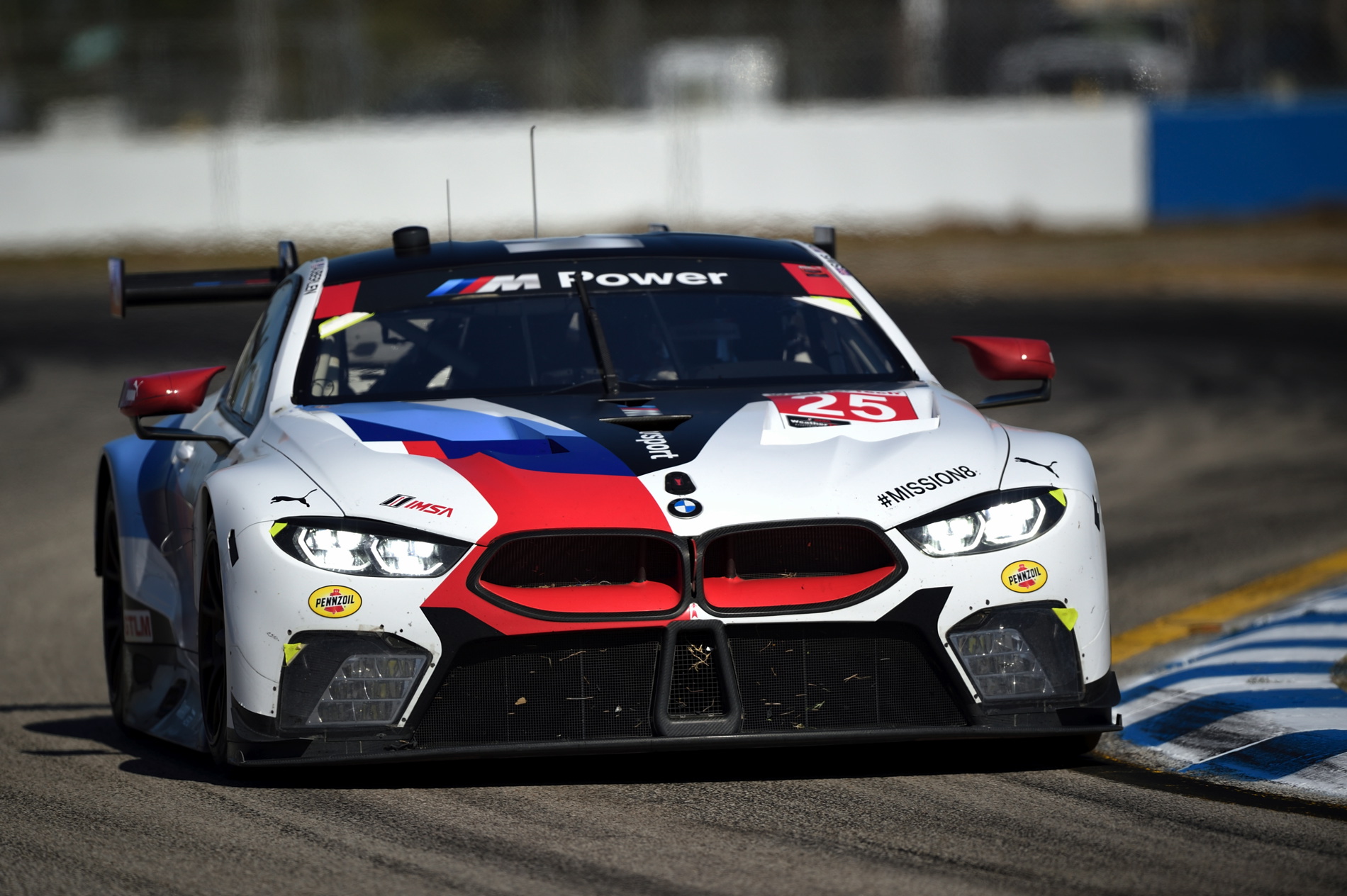 At the classic 12 Hours of Sebring (USA), the new BMW M8 GTE celebrated its maiden podium finish. After 328 laps, Alexander Sims finished round two of the IMSA WeatherTech SportsCar Championship second in the GTLM class at the wheel of car number 25. He had shared driving duties with fellow BMW Team RLL drivers Connor De Phillippi and Bill Auberlen, leading the pack in some phases of the race. The number 24 BMW M8 GTE – driven by Jesse Krohn, John Edwards and Nick Catsburg – had to retire in the final hour of the race. The number 911 Porsche secured victory, just 6.230 seconds ahead of the second-placed BMW M8 GTE. 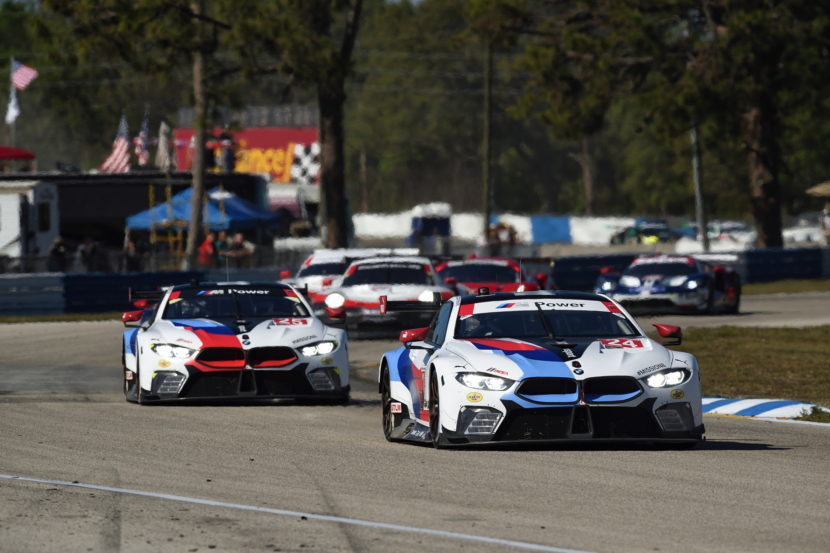 De Phillippi, Sims and Auberlen did a flawless job in the cockpit after starting from pole position. Their BMW M8 GTE mastered the tough 12 hours of racing without major technical issues. Following a brake change towards the end of the first half of the race, the trio lost a lap to the leaders, but managed to keep their cool and fought back into the group of front-runners. Sims was able to secure the first podium finish for the newly developed BMW M8 GTE as final-stint driver. In total, it was the 69th podium for BMW Team RLL and the 26th runner-up finish since 2009. 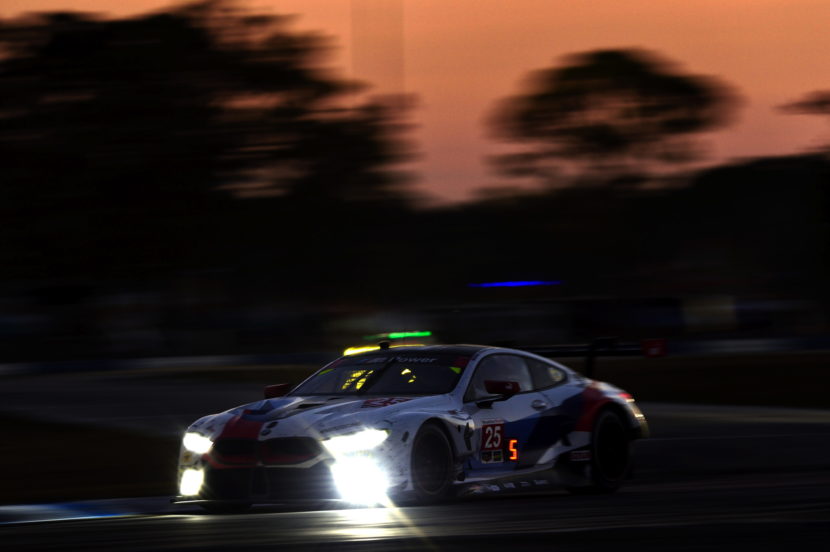 For car number 24 the race took a decisive turn after four hours and 17 minutes, when there was a collision between the BMW M8 GTE and the number 66 Ford GT. Edwards had to head back to the pits with a water leak and some extensive repair work followed. The car rejoined the race nine laps down from the leaders. Edwards, Krohn and Catsburg ultimately had to retire in the final hour of the race. However, the trio recorded the fastest GTLM lap – a 1:57.622 set by Krohn on lap 21. Car number 24 had also led the field in the early stages of the race. 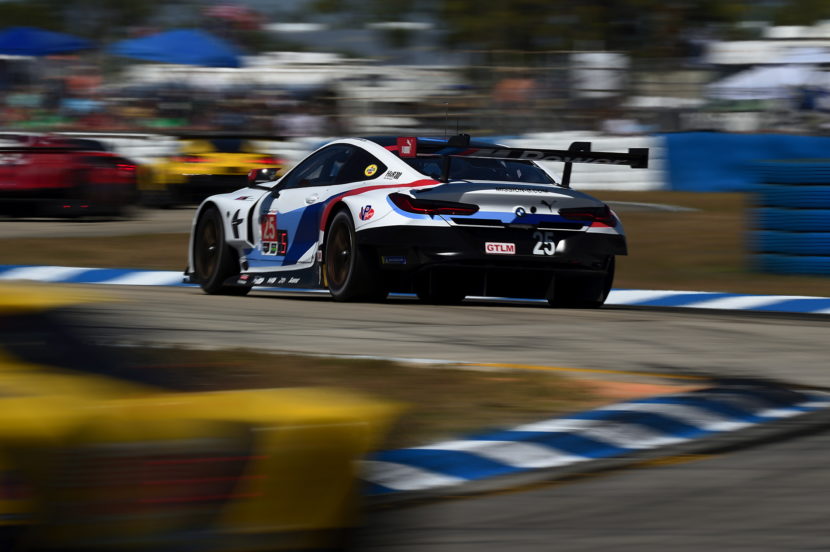 The Turner Motorsport team delivered a fighting performance in the GTD class. From 16th place on the grid, Don Yount (USA), Dillon Machavern (USA) and Markus Palttala (FIN) improved to 11th position with the number 96 BMW M6 GT3. In the Continental Tire SportsCar Challenge race on Friday, Classic BMW’s Toby Grahovec and Jayson Clunie (both USA) had reason to celebrate after finishing second with the number 26 BMW M4 GT4.

The IMSA WeatherTech SportsCar Championship will resume on 14th April with round three of the season held at Long Beach (USA). One week prior, the BMW M8 GTE will continue “Mission8” at the Prologue for the FIA World Endurance Championship (WEC) at Le Castellet (FRA) on 6th April. 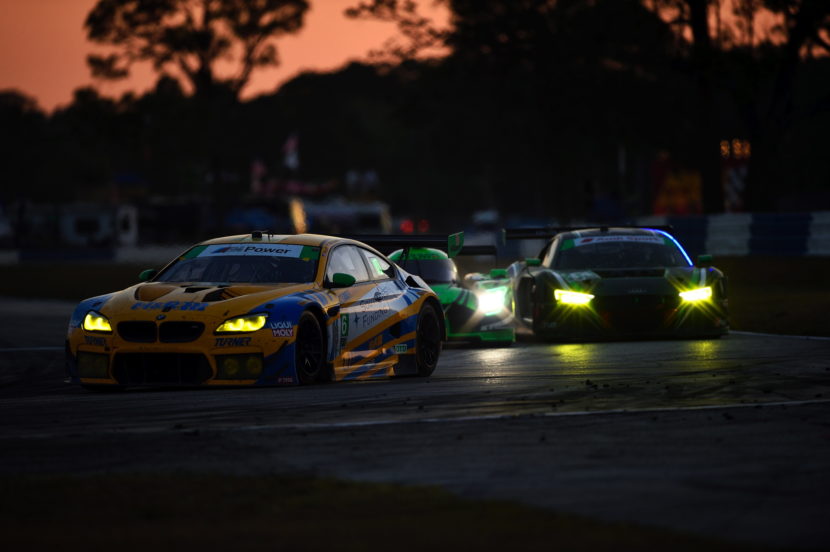 Jens Marquardt (BMW Motorsport Director): “We have seen another exciting and extremely tough 12-hour race here at Sebring – and we can take many positives back home. Congratulations to BMW Team RLL and our BMW Motorsport crew on the maiden podium finish for our new BMW M8 GTE. The 12 hours here is more demanding than many 24-hour races on other circuits. That makes this result even more special. Far more important than the result are two other findings: On the one hand, the BMW M8 GTE was able to show its potential, which is underlined by the fact we recorded pole position and the fastest race lap. On the other hand, the GTLM field was far better balanced than it was at Daytona. The fans saw a thrilling race with close battles and excitement to the very last lap. This is what we all want. We are now looking forward to the upcoming races. At Long Beach we will go flat out again.”

Bobby Rahal (BMW Team RLL, Team Principal): “After Daytona, this has been a much more competitive race for us. Naturally when you are that close you are disappointed not to win. But if you look at the big picture, we made a lot of progress. It’s been a lot of hard work put in by a lot of people. I’m just pleased we are able to bring home a second place. This is a pretty good Sebring.”
Connor De Phillippi (#25 BMW M8 GTE, 2nd place): “This whole weekend has been super memorable for me. First pole as a BMW works driver, and our first podium position for the new BMW M8 GTE. I’m very proud of the guys. They deserve this one. We will celebrate tonight.”

Alexander Sims (#25 BMW M8 GTE, 2nd place): “It was very nice to be in the hunt for the win. The fight with Nick Tandy was fun. Ultimately they turned on the pace a lot in the last stint, so I couldn’t catch him really. Second place is pretty good. The BMW M8 GTE was working well, BMW Team RLL did a great job. We are in the mix now.”

Bill Auberlen (#25 BMW M8 GTE, 2nd place): “You just have to be happy with this result. The BMW M8 GTE ran flawlessly from beginning to end. I’m happy for everyone. The guys worked very hard for it.” 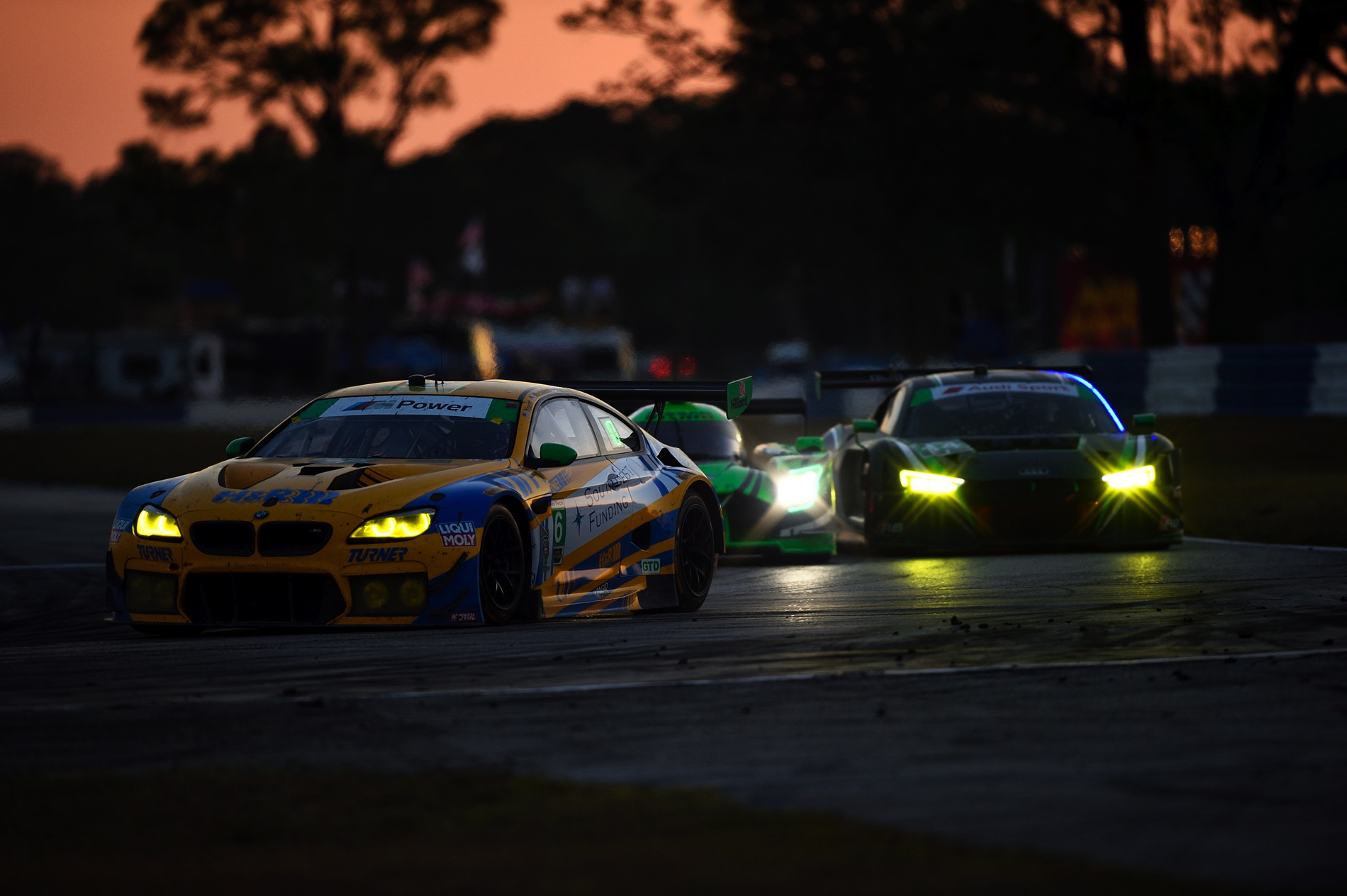 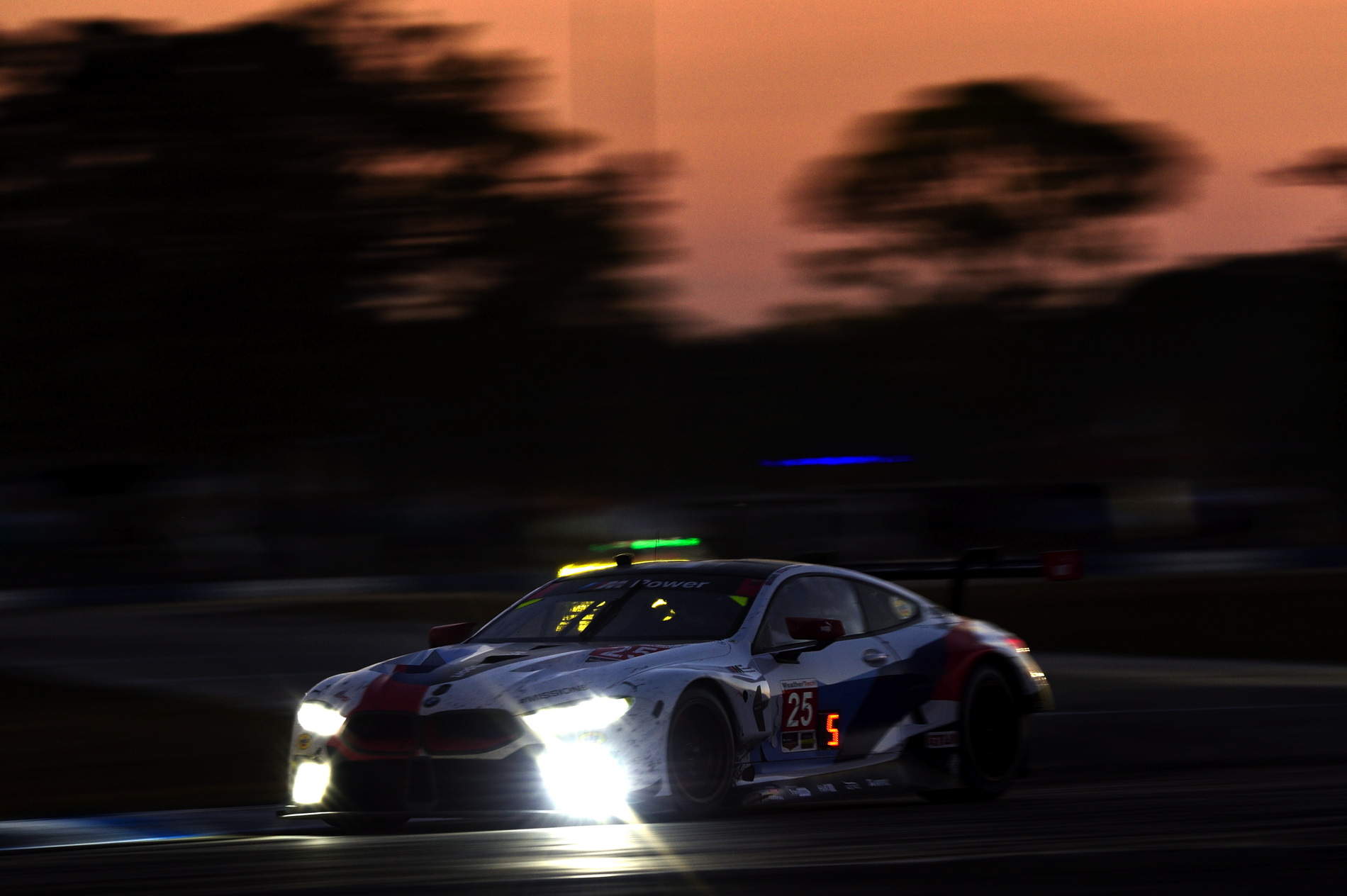 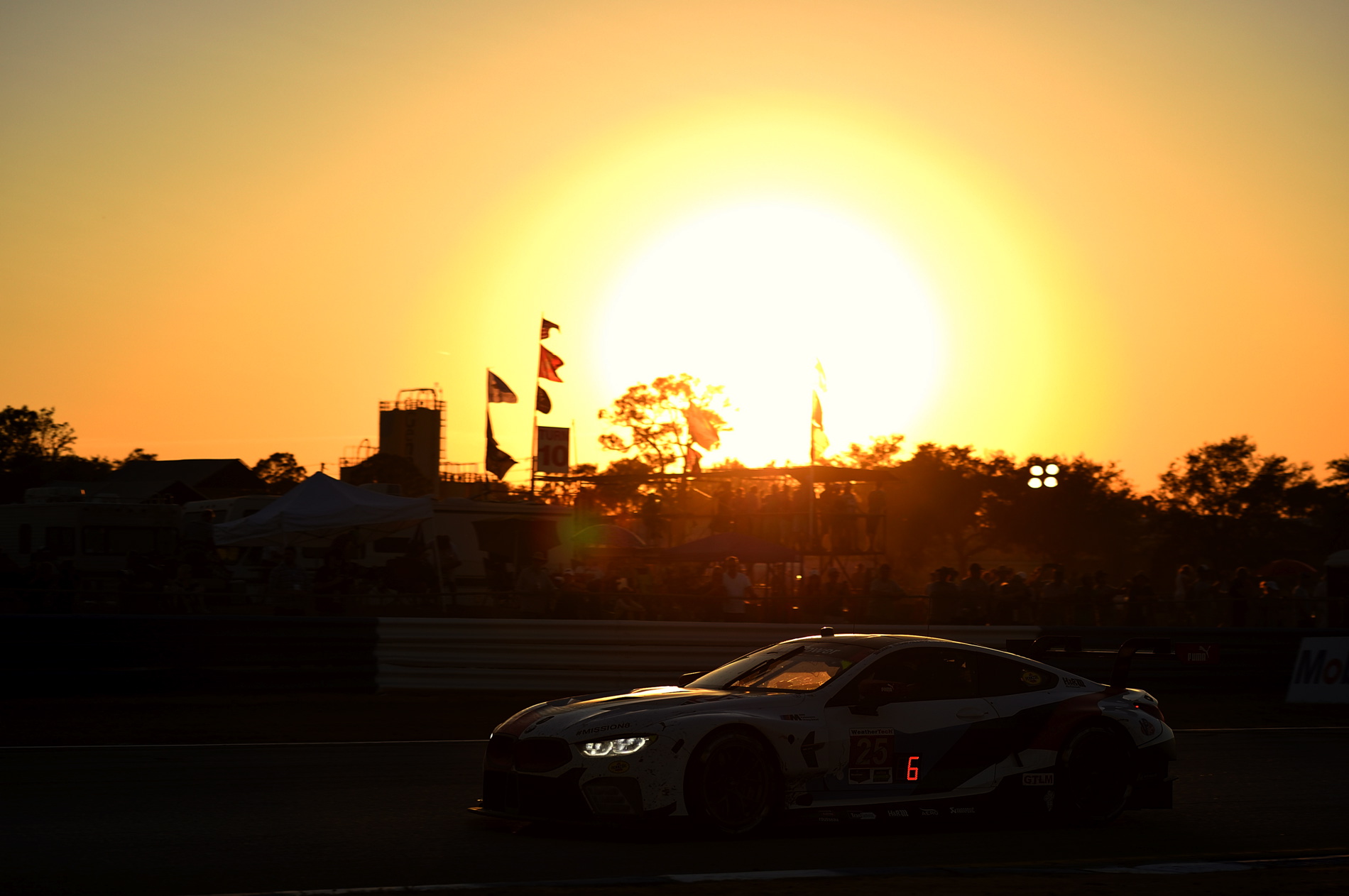 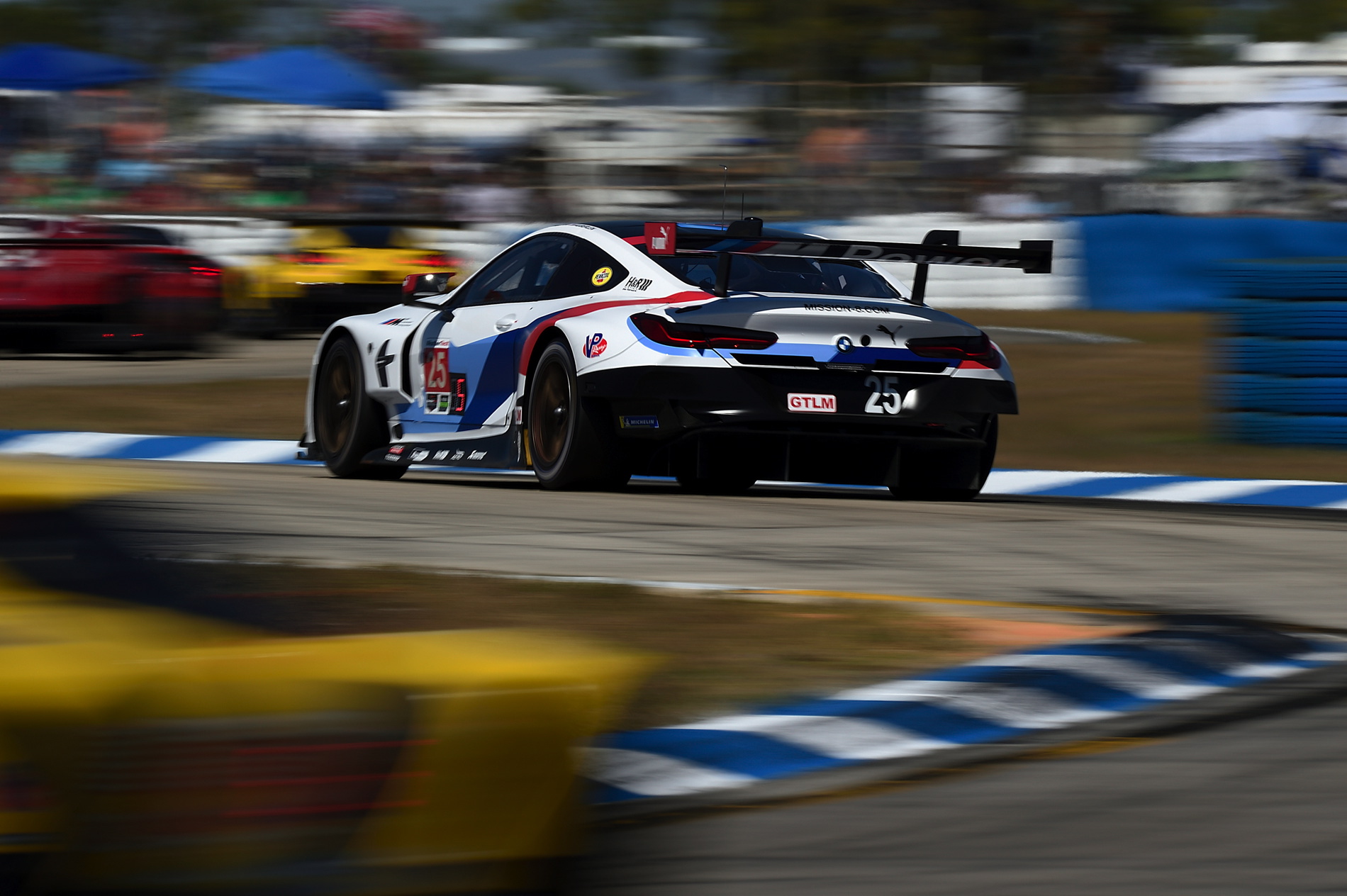 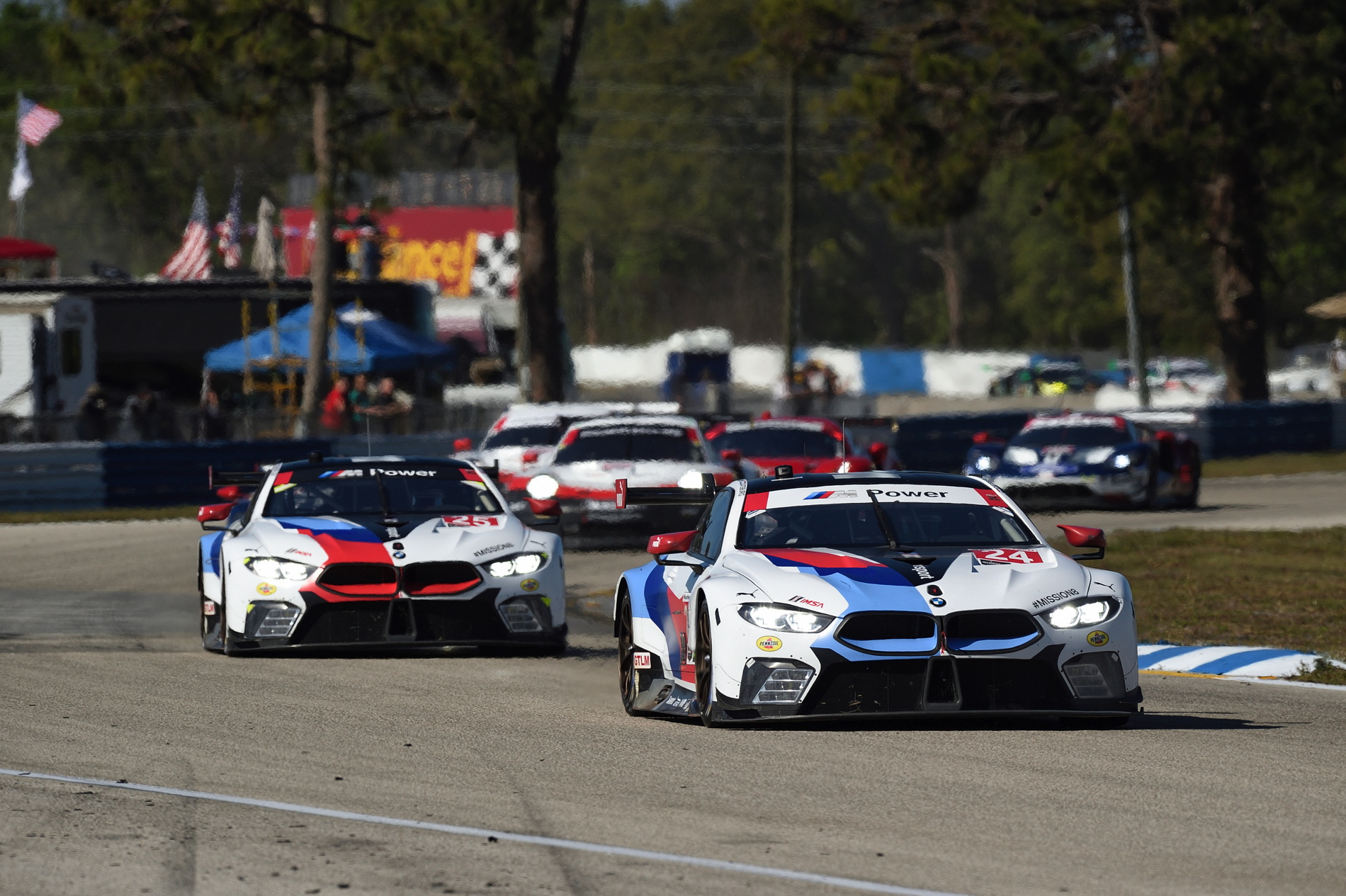 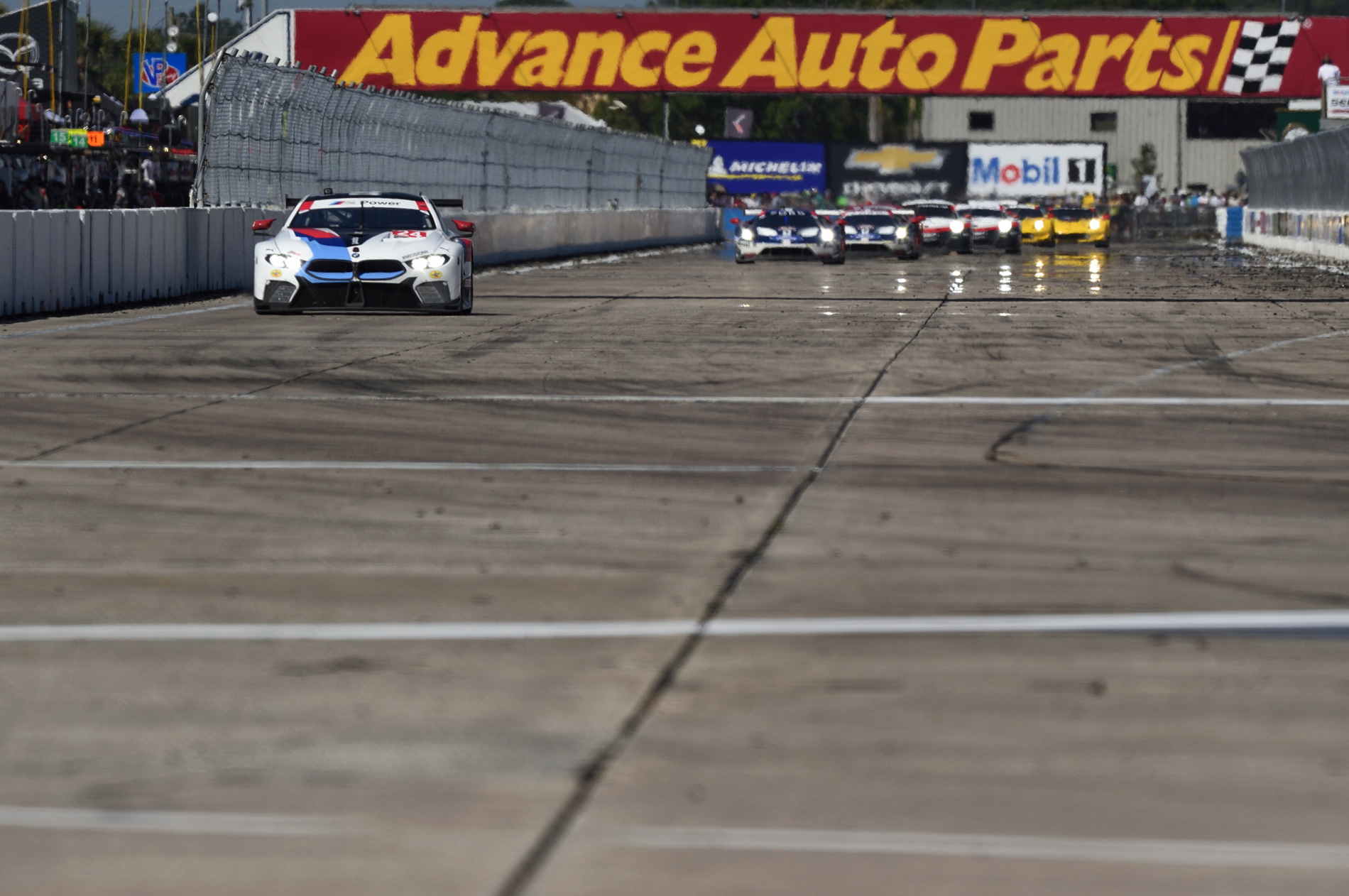