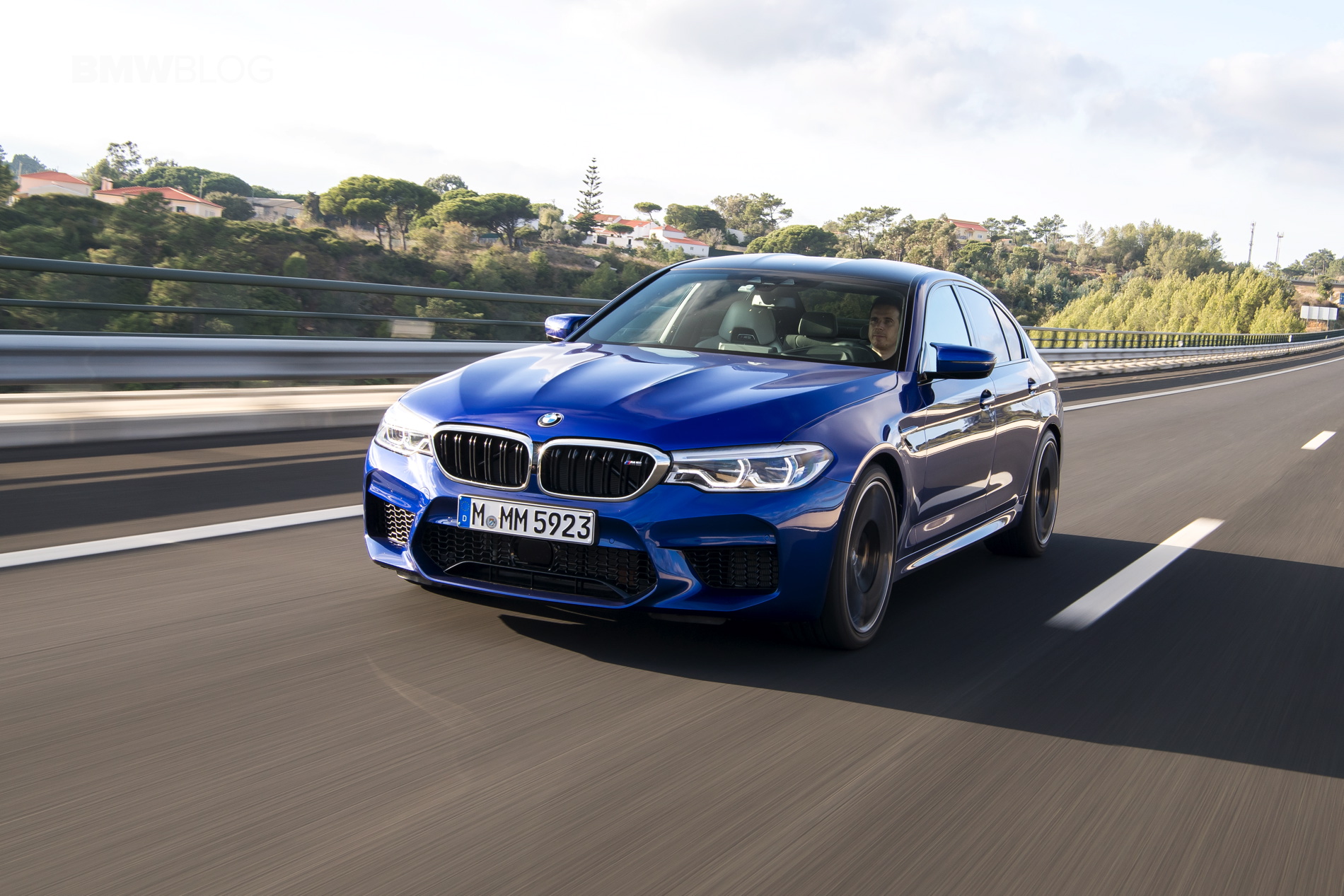 The Mercedes-AMG E63 S was the first of these two to debut. And when it did, there was a lot of worry from BMW enthusiasts that the next M5 might not be able to hang with it. That’s because this new E63 is flipping incredible. Its V8 is mighty and feels like a sledgehammer wrapped in velvet. It was also the first car in the segment to have an all-wheel drive system that’s capable of switching to rear-wheel drive. Now that the new BMW M5 is out, though, it seems that it’s fully capable of taking on the mighty AMG. In fact, some say it’s better.

Powering the AMG is a 4.0 liter twin-turbocharged V8 that makes 603 hp and 627 lb-ft of torque, the latter of which is just an absurd figure. There are diesel trucks that don’t make that much torque. That engine is paired to a nine-speed automatic with a wet-clutch rather than a torque-converter. Power is sent to all four wheels with a variable torque split and it has the ability to become rear-wheel drive in its now-famous “Drift Mode”. Although, above 75 mph, the front axle is automatically reengaged. AMG claims 0-60 mph in 3.3 seconds, which is properly quick for such a big, luxurious sedan. 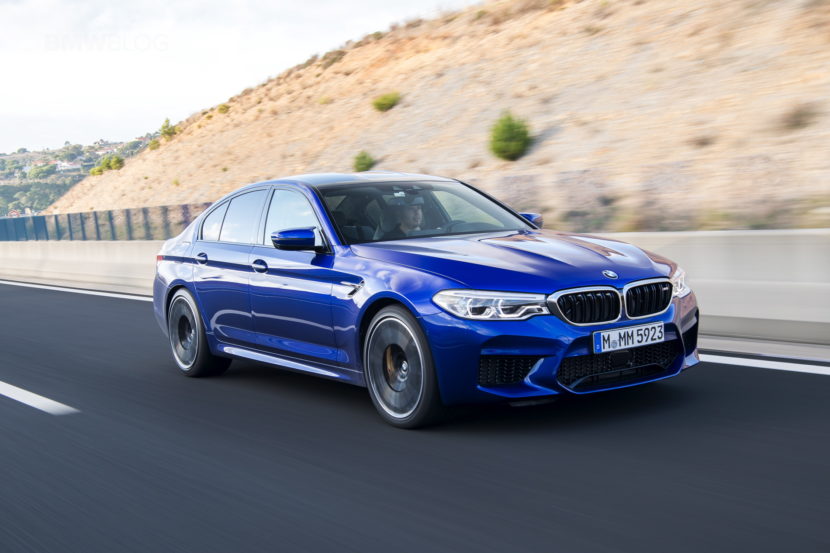 As for the BMW M5, it gets a 4.4 liter twin-turbcharged V8 that makes 600 hp and 590 lb-ft of torque. It sports an eight-speed ZF-sourced automatic and also powers a variable all-wheel drive system with a rear-wheel drive mode. The main difference is that the M5’s “2WD” mode isn’t limited by speed. So you can switch it to rear-wheel drive and never turn back. Though, stability control and traction control do have to be switched off to use the tire-scorching mode. BMW claims a 0-60 mph time of 3.2 seconds (although, Car and Driver recorded a 2.8 second time). So the M5 is a touch quicker than the AMG, despite having less torque. Chalk that up to the M5 tipping the scales at almost 300 lb less.

That weight advantage shows up on both the track and the road, as well. According to Automobile, the BMW M5 is the more nimble and willing dance partner. “With DSC off and 4WD Sport engaged, the new M5 is at its very quickest. The exit speed out of fast corners is now absolutely mind-boggling, the underlying rear bias remains a factor all the way into triple digit terrain, and traction and grip are simply extraterrestrial.” said Automobile’s Georg Kacher.

He also felt the M5’s steering was a bit better, even if just a bit better. “The M5’s variable-effort rack operates with commendable precision and response. Steering angle and steering effort work in total harmony, even when you start changing through Comfort, Sport, and Sport Plus modes. The E63’s steering feels meaty and switched-on, but the self-centering force is somewhat exaggerated, and it takes a more conscious effort to dial in lock. Wind on more, and the feedback starts to blur just a touch.” To which he continued by saying “The steering of the M5 is more linear, and its response has more depth. Advantage: BMW, but not by much.”

Overall, the BMW M5 won the day against an incredibly tough rival. It didn’t win by much but even a narrow victory over such an impressive opponent is commendable. The new BMW M5 is truly the king of the super sedan segment now.