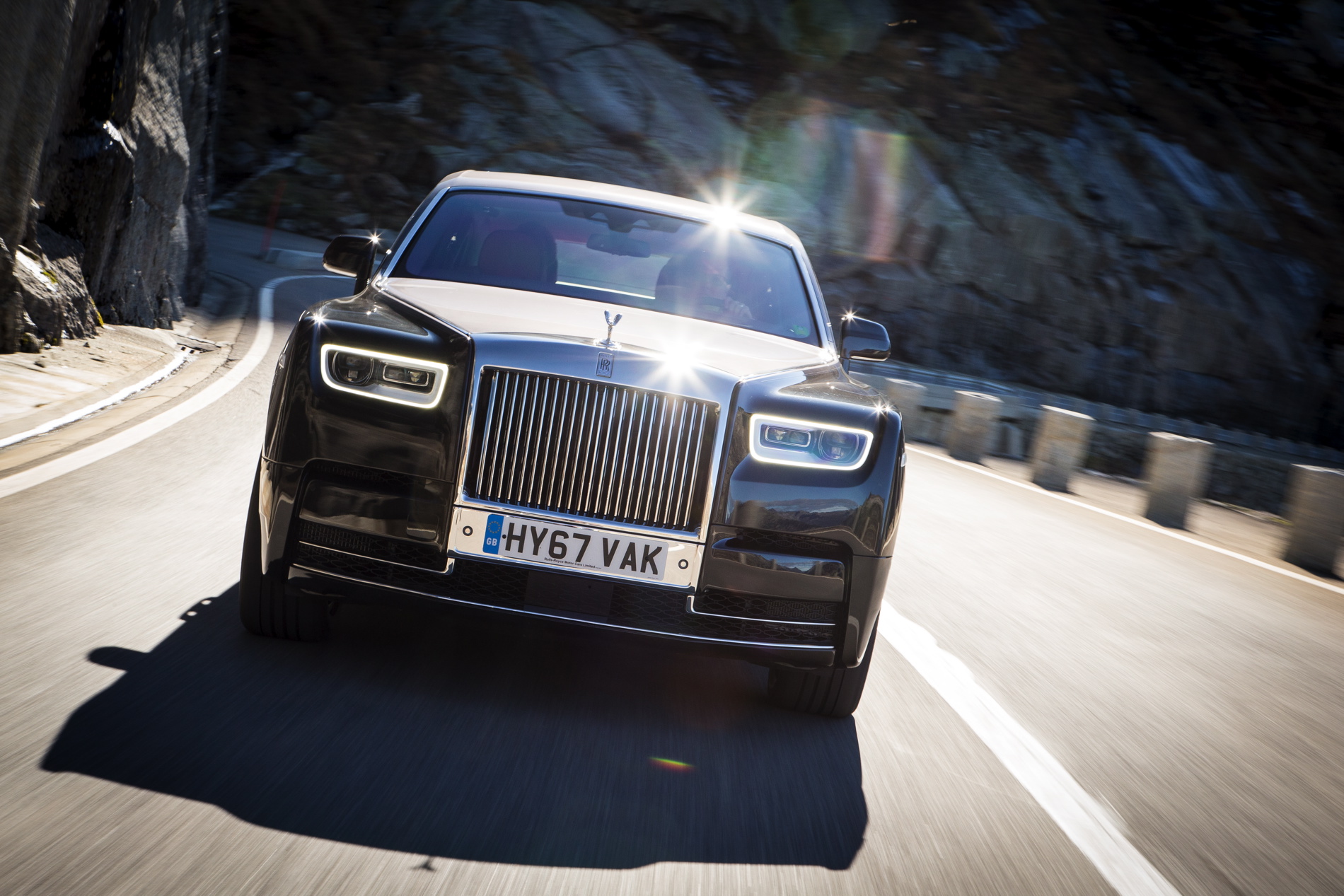 Rolls Royce considers the Phantom VIII to be the best car in the world. While there’s really no such thing as a “best car in the world”, as it’s just not possible for a car to be the best at absolutely everything, just being in the presence of the new Rolls Royce Phantom makes it very difficult to disprove such a claim. It’s just such a magnificent vehicle that has so much presence and people seem to gravitate to it. In this new video walkaround from Auto Express, we see exactly why that is.

From the outside, the first thing that strikes you is the sheer size of the new Phantom. It’s massive, long and imposing. It’s grille is not only huge but incredible upright, giving the Phantom the same aerodynamic properties as a brick. However, those brick-like qualities make it seem like a leather-lined tank and it looks superb. While this new Phantom VIII isn’t radically different looking from the car it replaces, it is better in every single way. The new ring-like LED headlights also look really good, making it seem high-tech while also looking high-end and luxurious.

But where the Rolls Royce Phantom stakes its claim of being the best car in the world is inside of it. Calling it a cabin is doing it a disservice. It looks more like Jay Gatsby’s smoking room than an automotive interior. And it’s wonderful. The leather is impeccable, the craftsmanship of the wood and metal is second to none and the way Rolls Royce has incorporated BMW Group’s technology while keeping most of it hidden is really impressive. Rolls has been able to give the new Phantom the highest-end tech in the business while also keeping it hidden from passengers until they want to see it.

In the back seat, the luxury is unmatched in the industry, even in this short-wheelbase model. Imagine being driven around in there everyday? Where do I sign up?