Video: Go for a Hot Lap at Daytona inside a BMW F90 M5

The Daytona 24-hour race hosted the launch and the debut of the BMW M8 GTE in an endurance race in the US last week. But that wasn’t the only M car on display as the M5 was also there to show people what it is capable of. Some lucky guys even won a raffle organized at the event and went for hot laps around the famous track. One of them managed to get his GoPro out in time and film the whole thing, as you can see at the bottom of the page.

By the looks of things, the sedan was really pushed and, even though it had four people on board it managed to post a 163 mph exit speed on the long straight. That’s on the odometer, of course, as a GPS speedometer could’ve shown more than 155 mph as the cars are limited to that top speed normally. Of course, this was a special M Performance model and it could’ve been a unrestricted version which could go up to over 186 mph. Nevertheless, the performance is impressive as the straight isn’t that long anyway and there were four adults inside, adding some serious weight to the package. 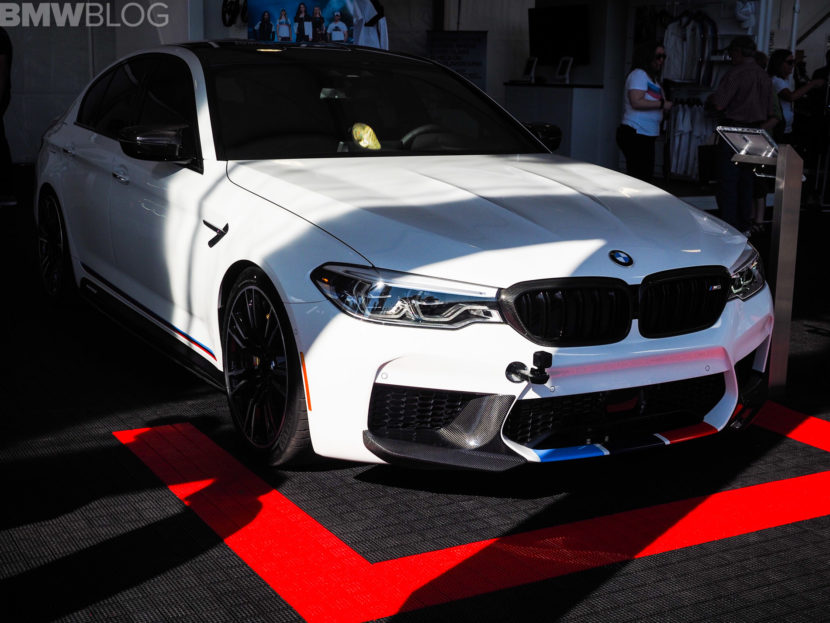 Things definitely look scary as the car approaches the wall and goes as close to it as possible. Looking through the windshield from the position where the GoPro was installed it almost looks like the car heads head on towards the wall but it’s all because of the viewing angle. Then again, the man behind the wheel is Matt Mullins. Yes, that Matt Mullins, the man who was in charge of refueling the record-breaking BMW M5 during an 8-hour continuous drift.

If we’re to judge the car by the footage here, I’m willing to bet it’s going to be absolutely crazy once it reaches dealers worldwide and then customers. Not a lot of people will take it to the track but it’s good to know it can handle a couple of corners if need be.

One response to “Video: Go for a Hot Lap at Daytona inside a BMW F90 M5”