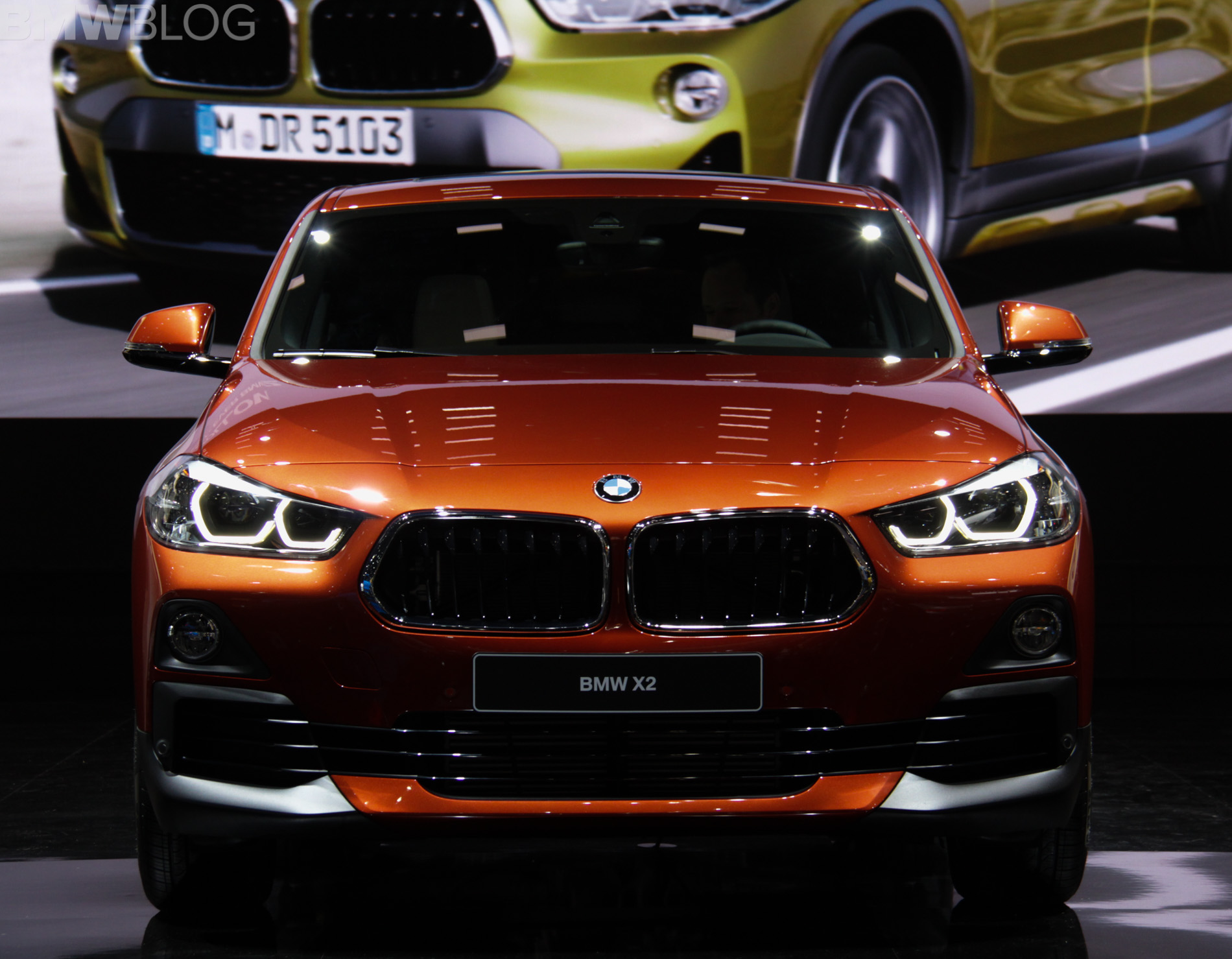 The BMW X2 recently made its debut at the 2018 Detroit Auto Show, marking the first time the public has seen it in person. While the X2 is typically a car that is bemoaned by fans of the brand, it’s actually been met with surprising admiration. It’s a funky little car, the BMW X2, and its design is actually quite charming. It may be a front-wheel drive-based crossover that does, indeed, cost too much but it has a quirky personality to it and we think that’s resonating with enthusiasts. 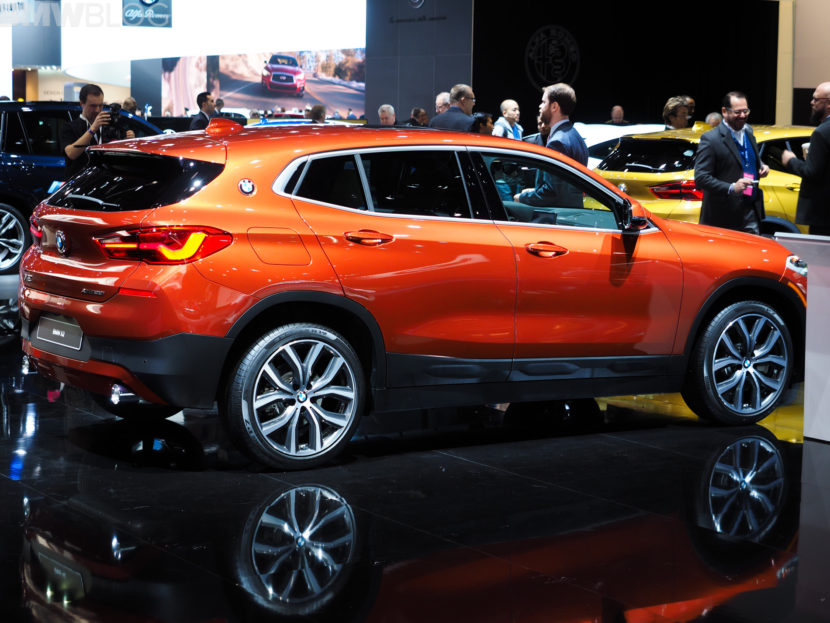 We’ve already seen the X2 in its Galvanic Gold Metallic paint and Misano Blue and it looks good in both of those colors. Misano Blue seems to be the best color for it so far and we think bright colors do it justice more than others. Both of those X2s we saw in Detroit were wearing the M Sport X Design trim, which is the sportier, more street-oriented trim line for the X2. It comes with larger air intakes in the front and more aggressive wheels, to make it seem like a sportier road car. However, we’re now seeing a BMW X2 wearing its “Standard” trim and a different paint color. 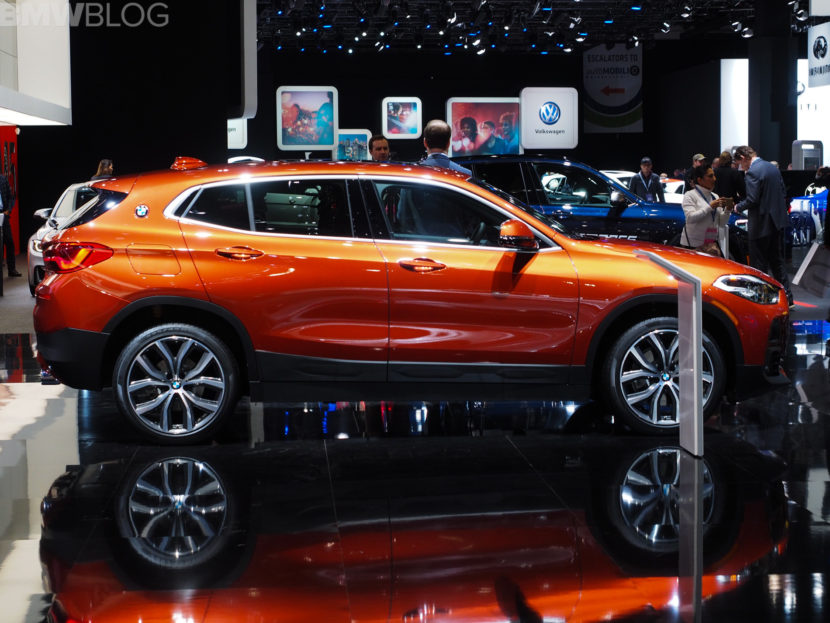 Seen here wearing Sunset Orange Metallic paint, the Standard BMW X2 still looks as quirky and fun as the M Sport X Design models. Although, it does look significantly less sporty than the other two. It’s not nearly as aggressive, nor is it as dynamic looking. It doesn’t look bad, though, and it sill looks interesting, which is good as it will surely be the volume model.

Where its less aggressive looks are most noticeable is at the front. The lack of larger air intakes make it look a bit more pedestrian and the addition of more black plastic makes it look a bit less premium. It’s not bad looking by any means but the M Sport X Design trim level might be worth the extra $5,000, in terms of aesthetics along. That’s a hefty price increase but it does seem to make a big difference. We do like Sunset Orange, though, and it’s an interesting color. 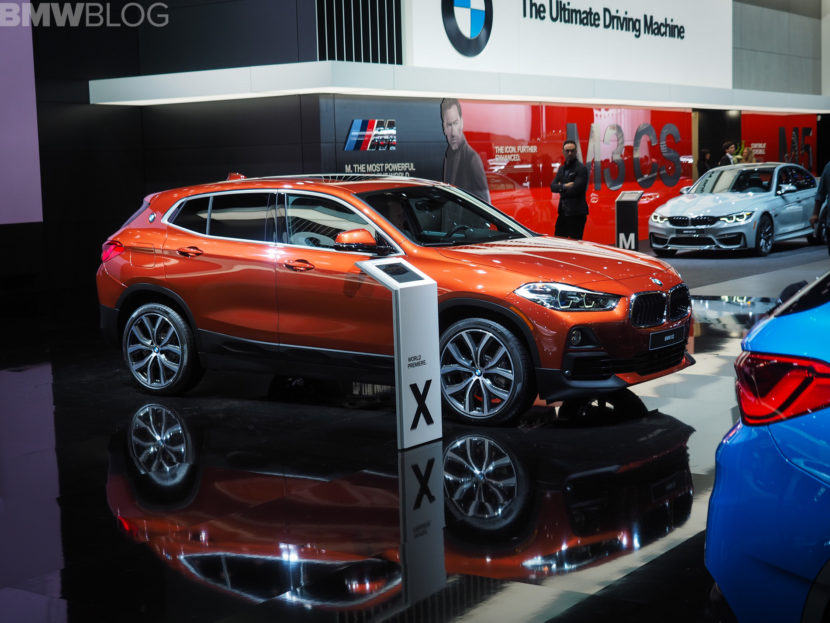 We’re excited to drive the BMW X2 next month and to see whether or not it’s as good, or better, than its X1 sibling, a car that we already like quite a bit. Just judging from what we’ve seen of it in person, we’re already impressed. Though the time will come to see if its walk can back up its talk. 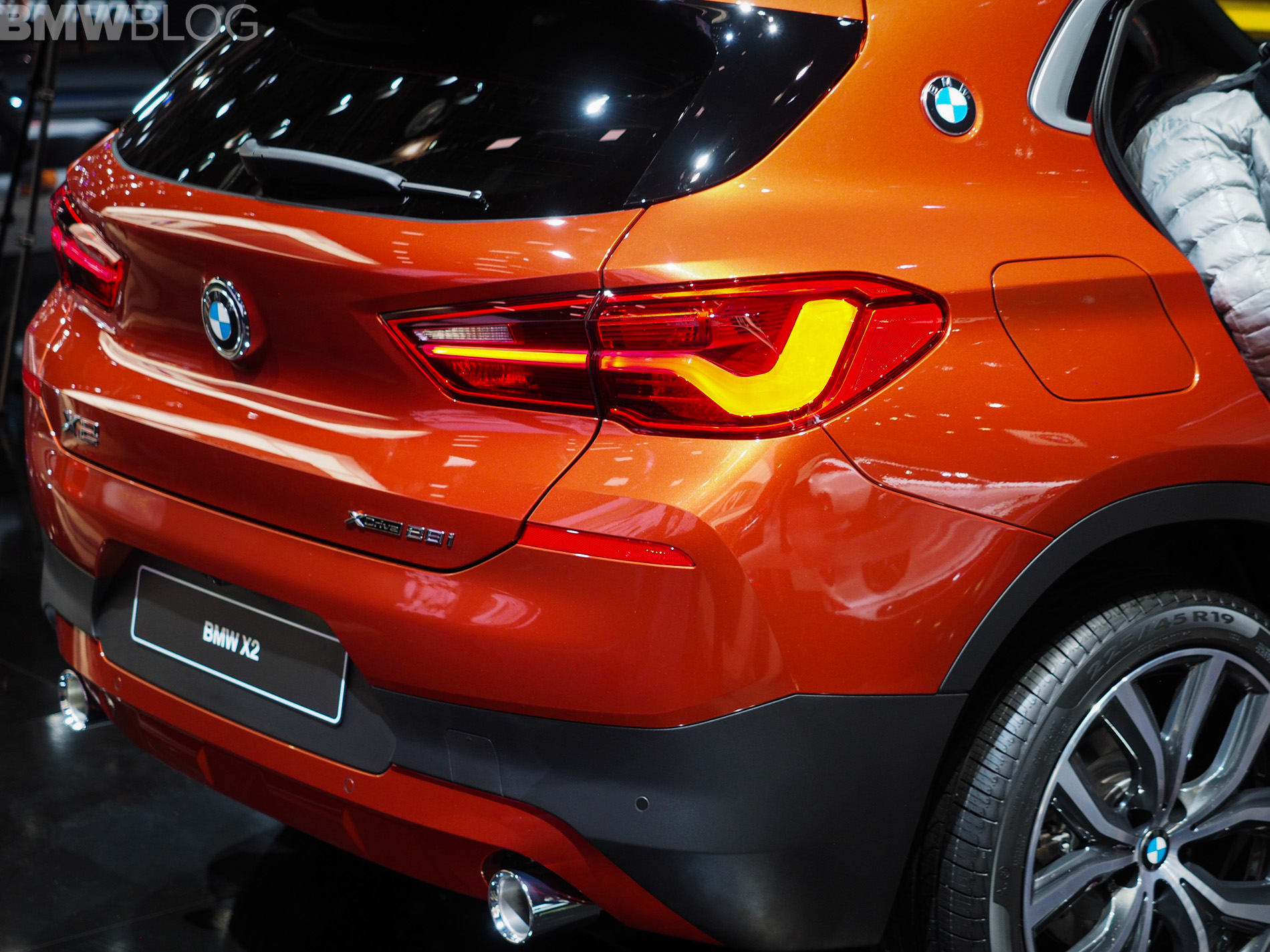 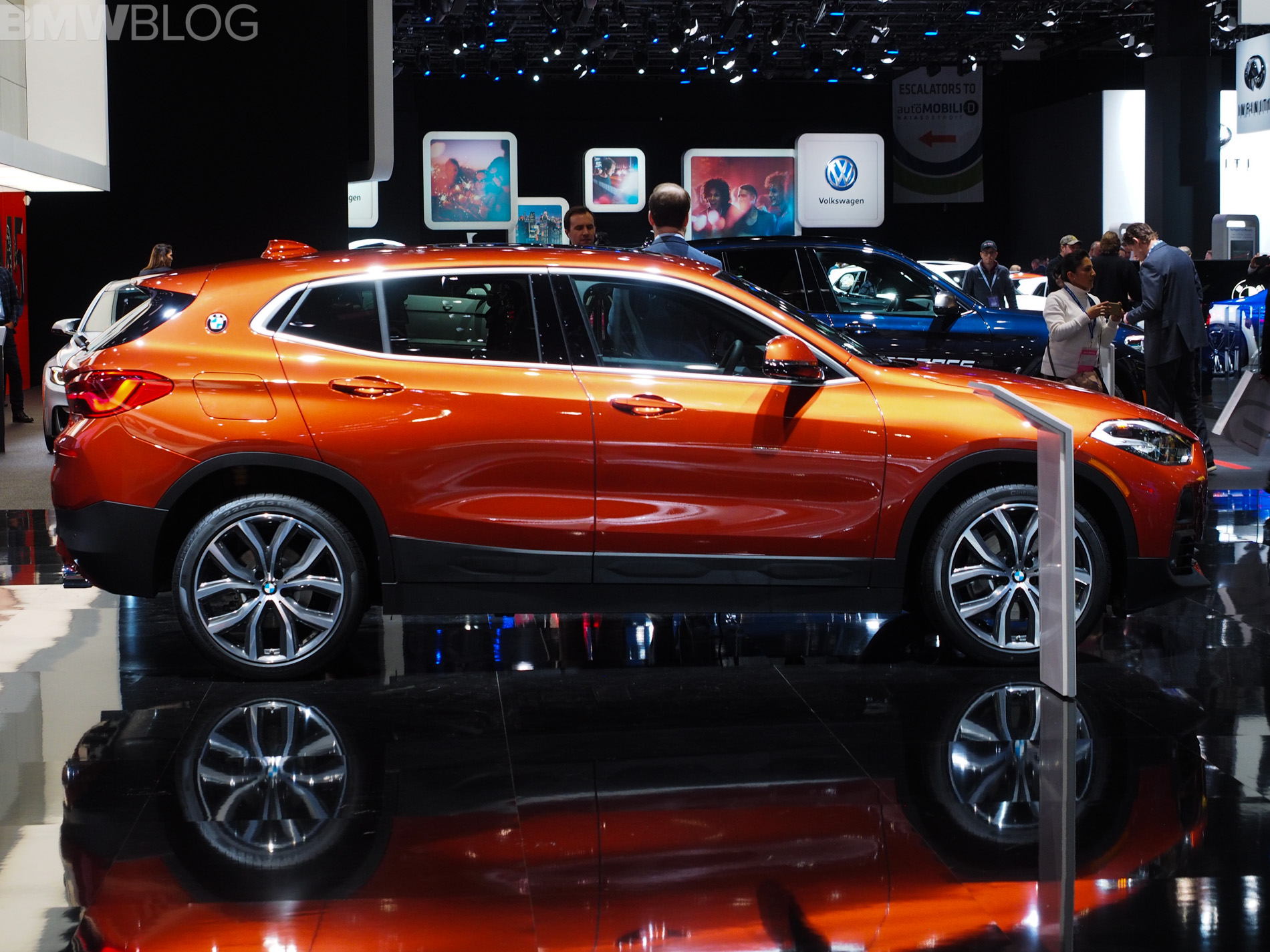 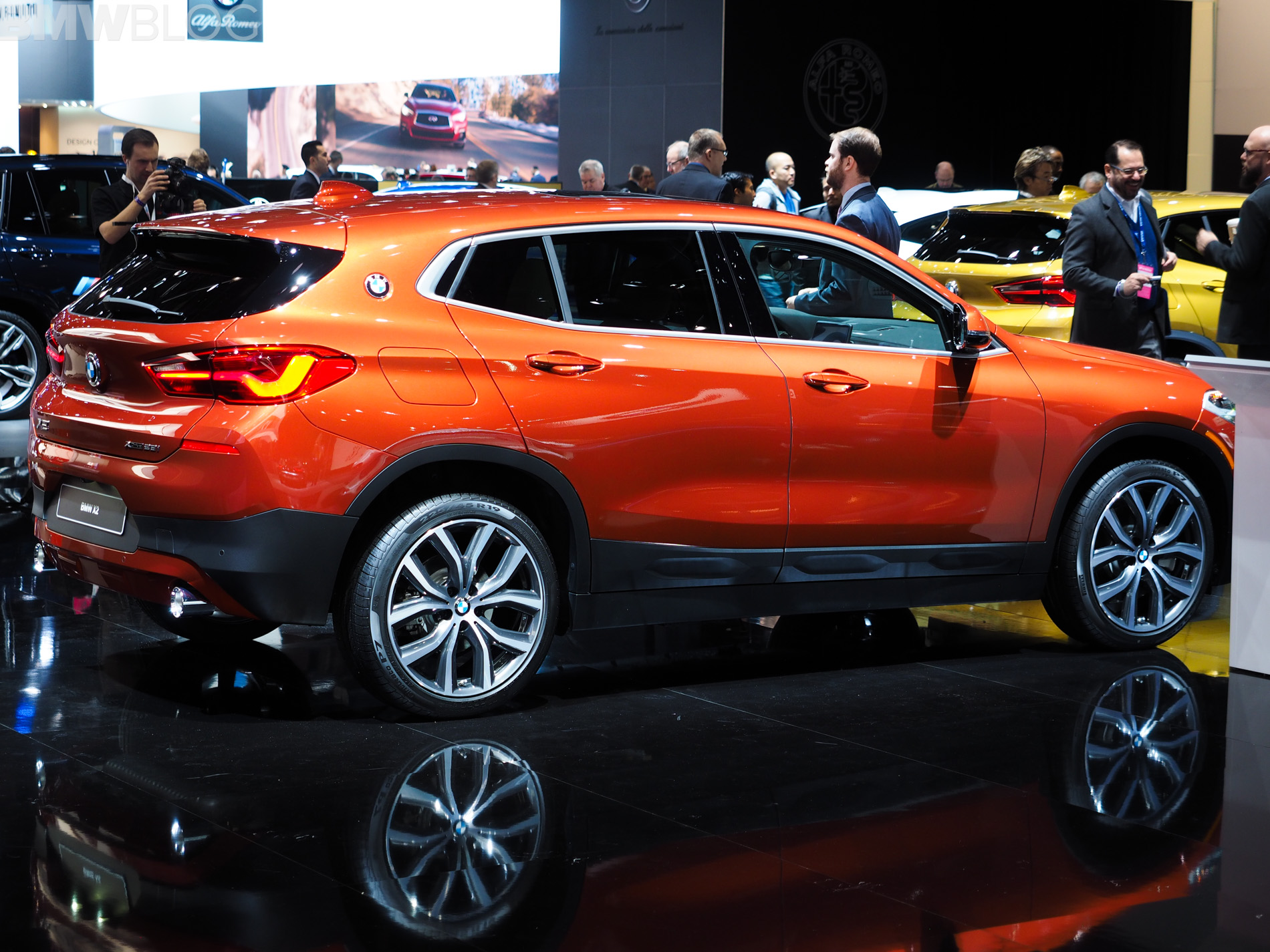 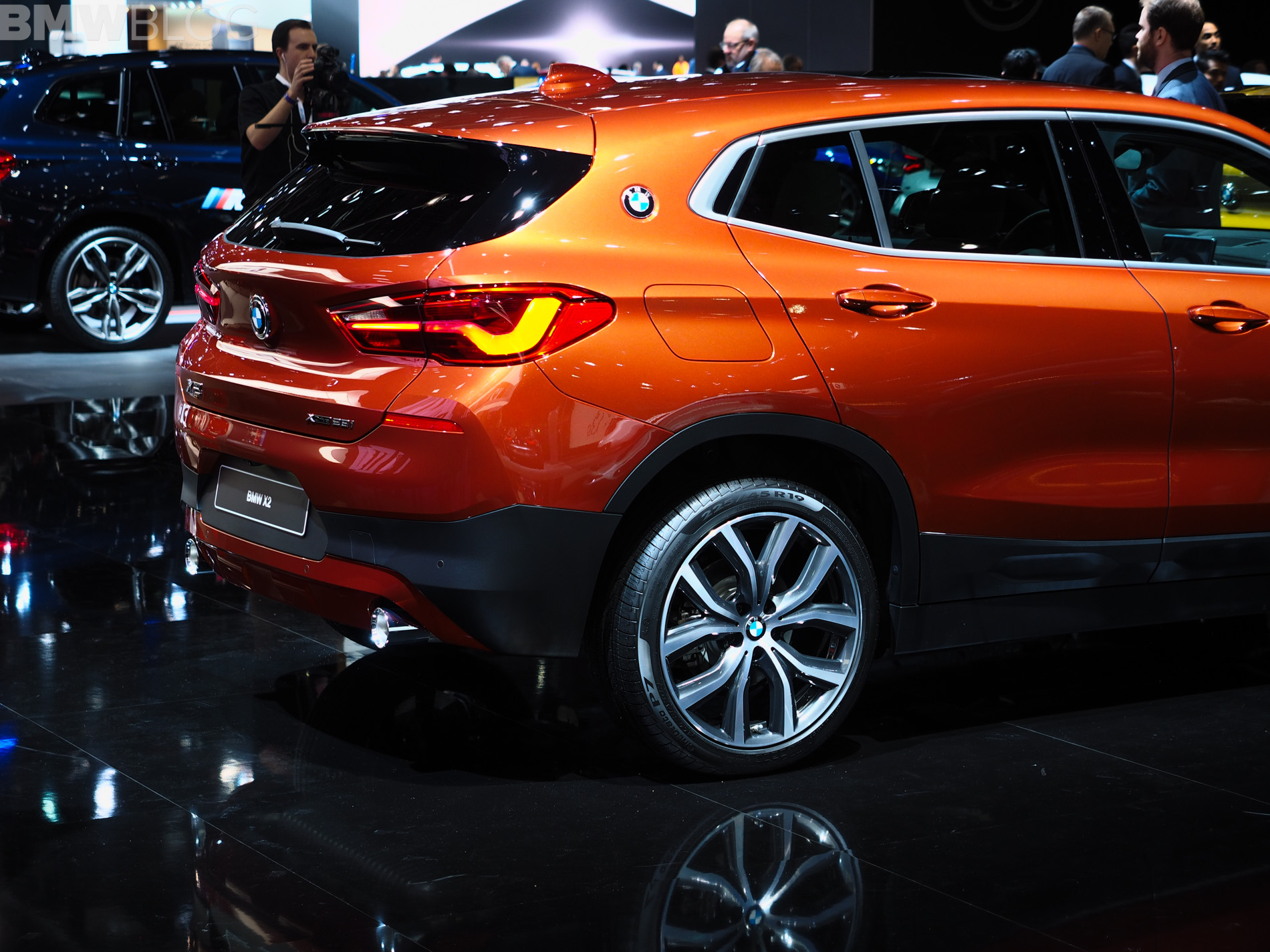 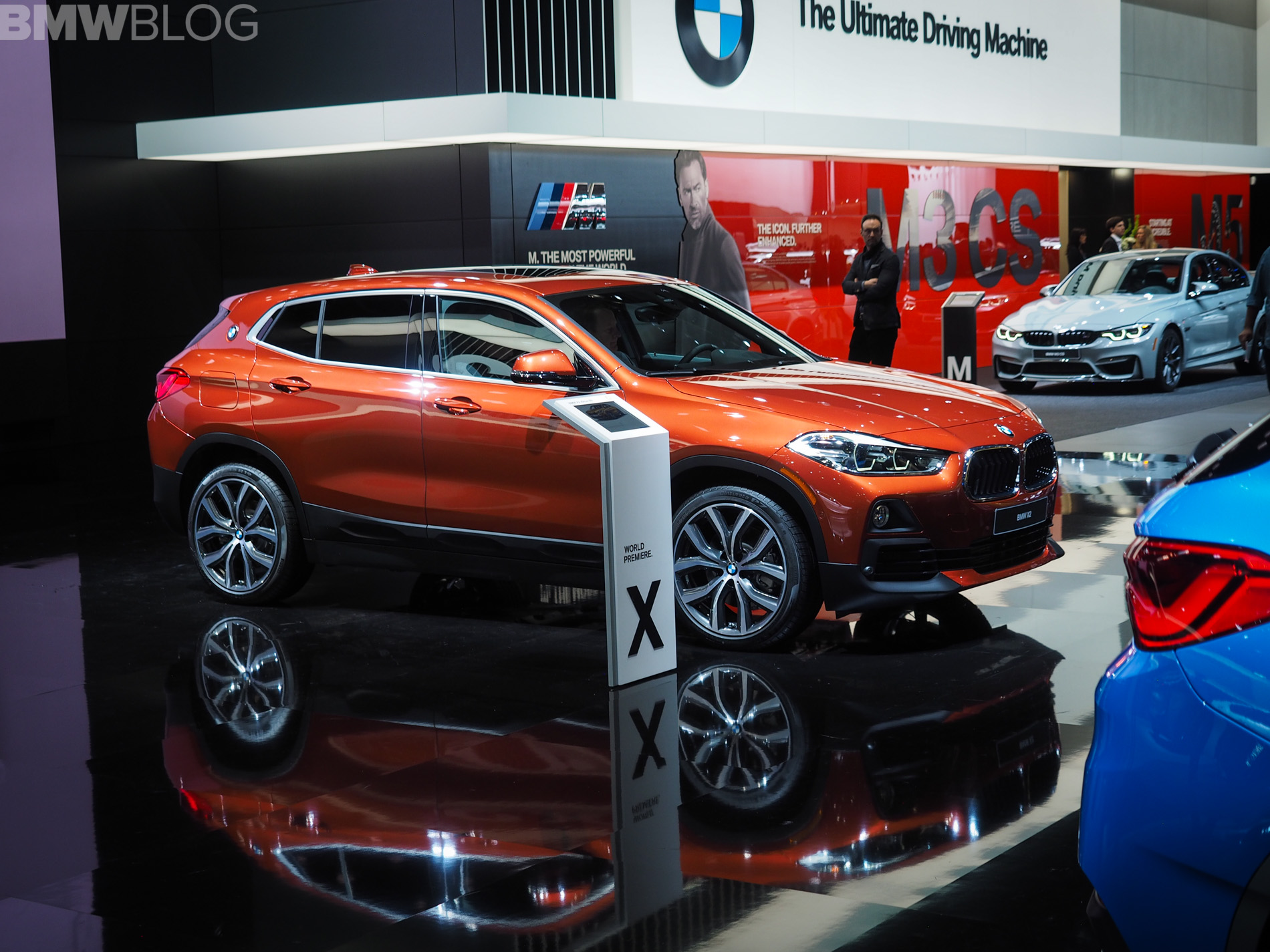 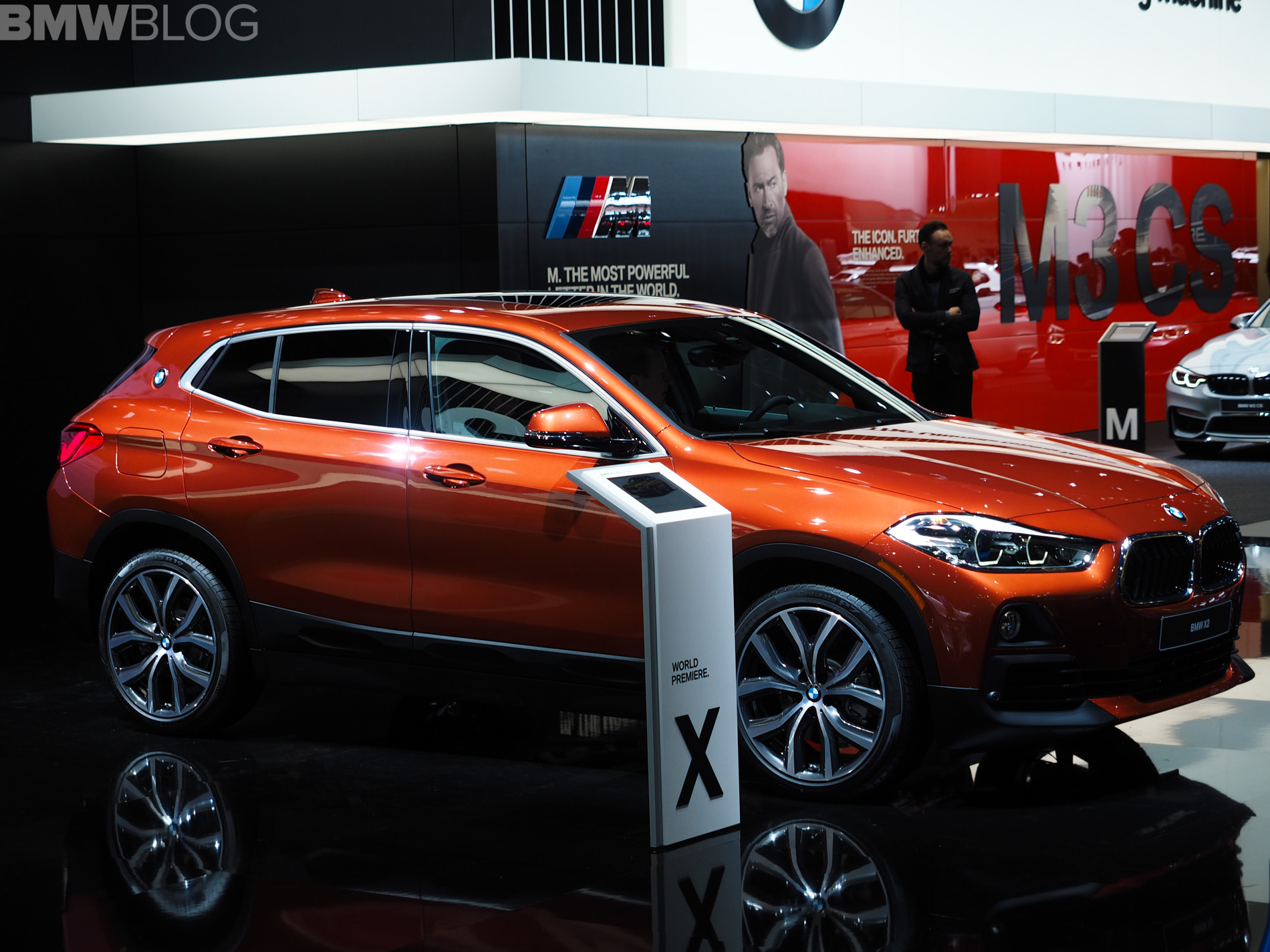 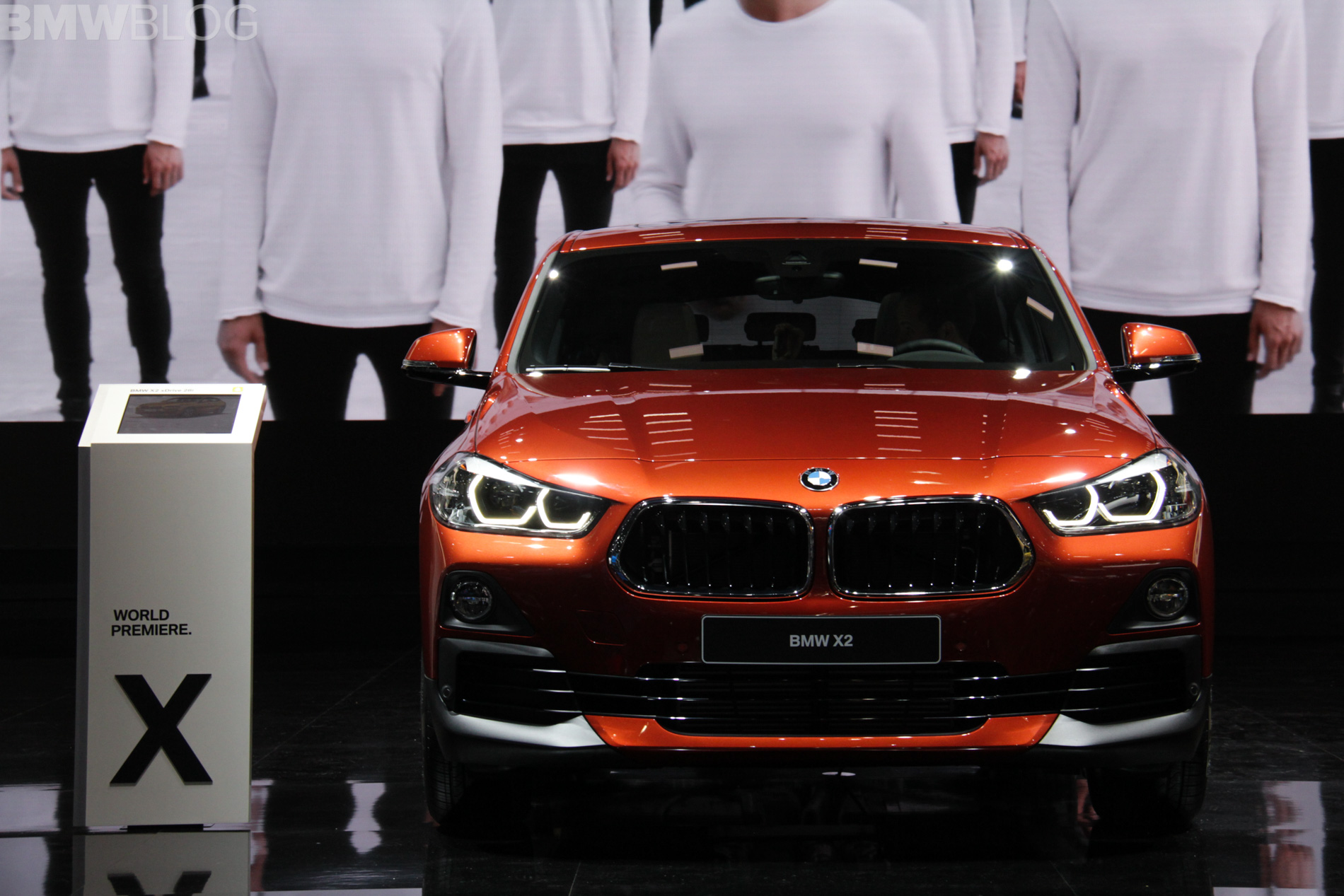 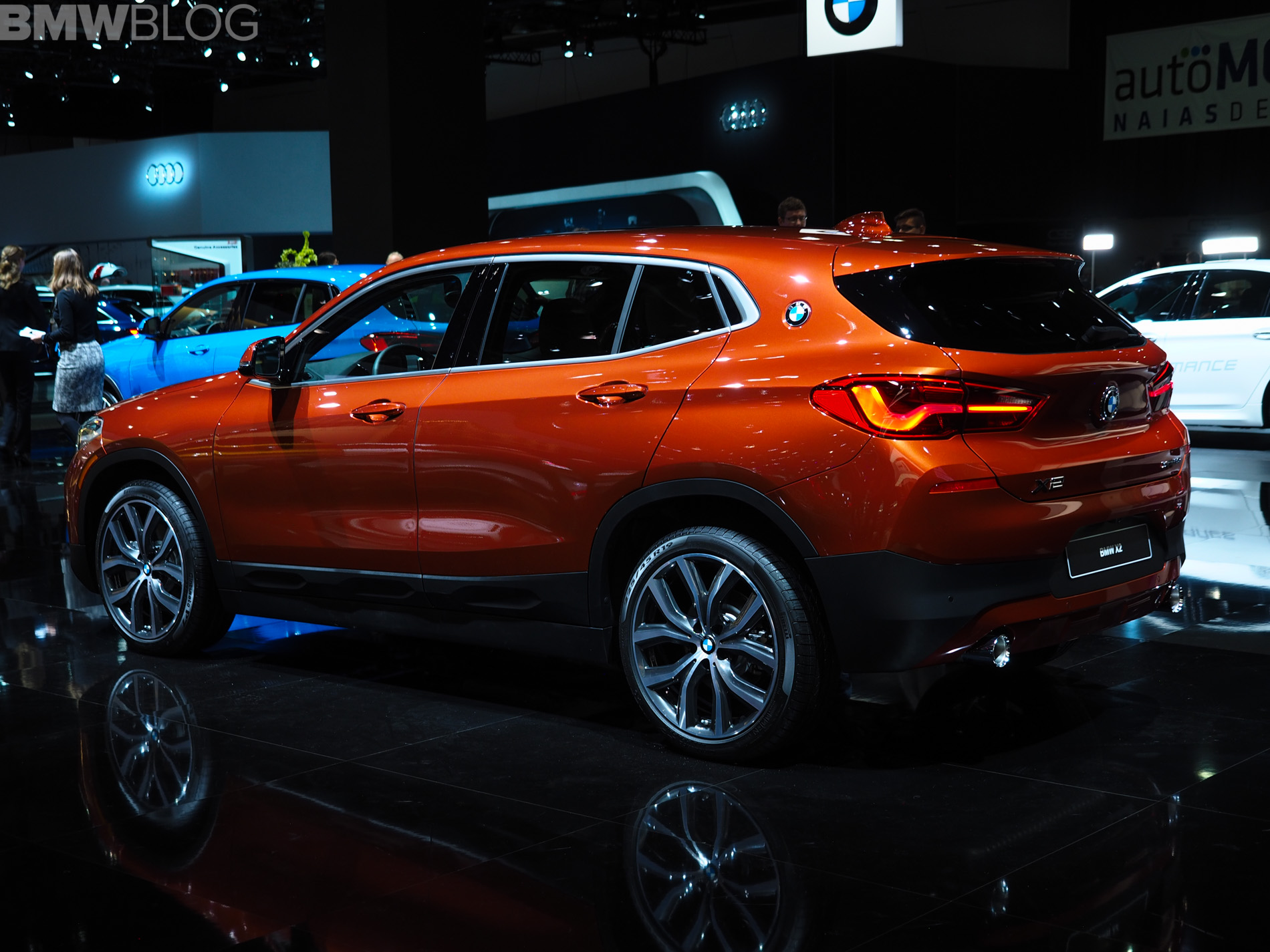 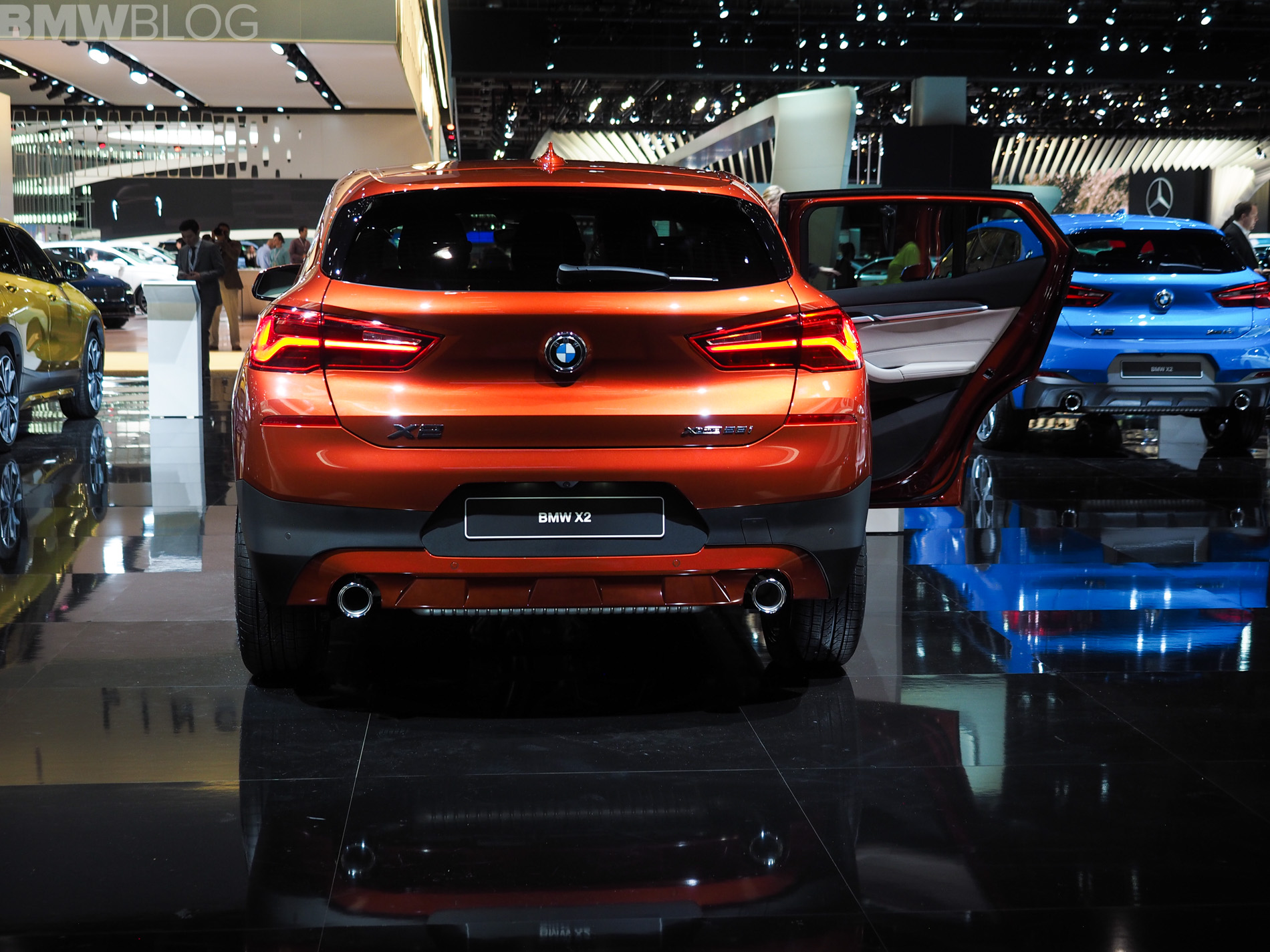 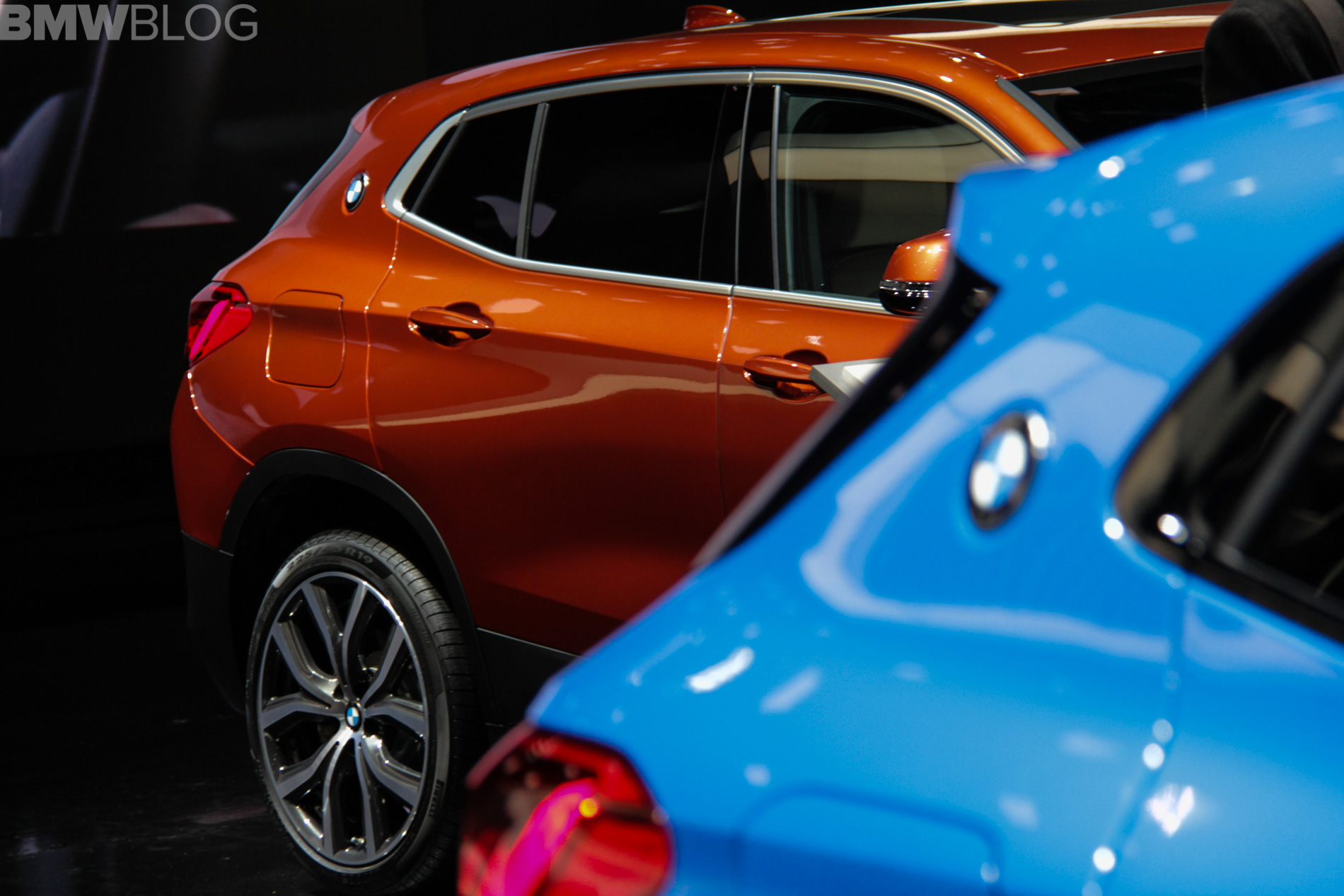