Yesterday, officials from BMW put on their fanciest suits and joined the press in celebrating a most important milestone for the Bavarian brand. Just as they have promised at the beginning of 2017, the Germans managed to deliver 100,000 electrified cars this year, marking the most successful results in the brand’s history, from this point of view. The occasion also prompted a small transformation of the iconic four-cylinder building which is the BMW HQ these days. 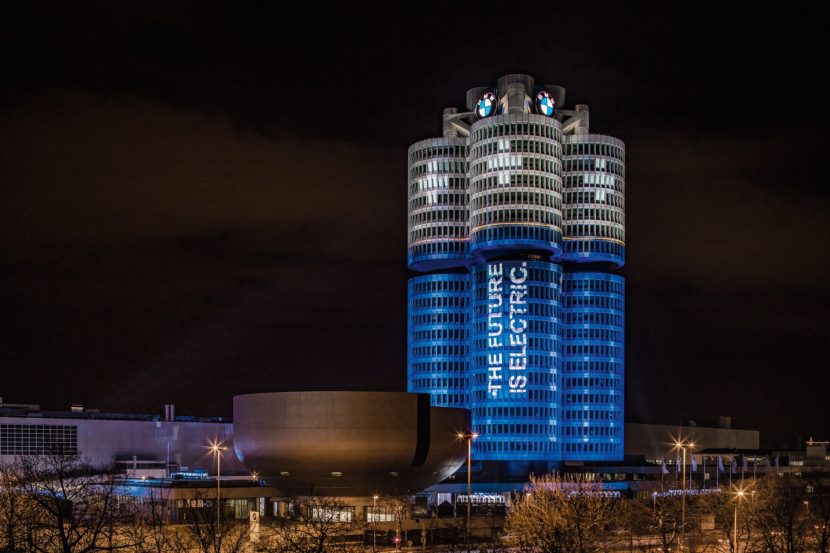 The building which now serves as the headquarters of BMW was built between 1968 and 1972, just in time for the 1972 Olympics, where an iconic model was shown for the first time to the audience. The BMW 1602e was the first electric vehicle the Bavarians ever made and it was built especially to be showcased during the ’72 Olympics, hosted by the great city of Munich. The car was powered by 12 standard 12V Varta lead-acid car batteries and it used a Bosch 43 HP electric motor to get around.

The show was limited to only a couple of hours though and bystanders could check out the new design up until midnight last night in Munich. Luckily for us, the video below shows us exactly how it looked like and we have to admit it isn’t a bad change at all.