Life in the big city can be glamorous. Usually filled with excitement, culture and great food. However, apartments the size of tuna tins and immense traffic congestion means that life in the big city is also rather cramped. So car enthusiasts are seriously limited to the sorts of cars they can actually own. There’s no sense in owning anything with big power, as you’ll have zero opportunities to use it. And I’m not trying to be one of those people who say “What’s the point in 500 hp when the speed limit is ’65’?”. There’s seriously not enough room in cities like New York or Chicago to use more the half a horsepower. Also, anything over a foot and a half long is typically too large to fit in any parking space. So big-city residents are forced to own small, under-powered cars, if they even own a car at all. Fortunately, there are some really good small, under-powered cars and the BMW i3 is one of them.

In this list from Road & Track, we take a look at twelve small cars that are great for city life. One of the cars on the list is the BMW i3 and it’s not hard to see why.

First, its size. The BMW i3 is small. Clown car-small. Thanks to its fully electric powertrain, it doesn’t need conventional car chassis structure, so it’s very short, with tiny overhangs and its also rather narrow. So its footprint is ideal for a city-lifer. Also, it’s rear-wheel drive and has sharp, nippy handling. Combine that with its short wheelbase and compact dimensions and it’s incredibly easy to maneuver. On top of that, it boasts a relatively high seating position with a huge greenhouse, so outward visibility is superb, making navigating cramped city streets and parallel parking a breeze. 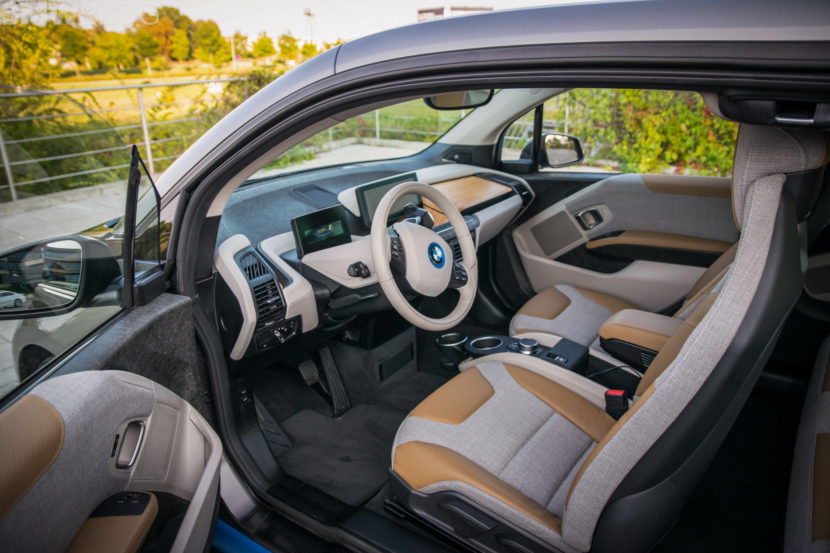 And those are just the physical reasons as to why the i3 is such a good city car. Being that it’s fully electric (or comes with a gasoline-powered range-extender), it doesn’t waste an ounce of fuel while sitting in traffic. So it’s keeping the already polluted air a bit cleaner while saving you some cash. This comes even more in handy in European cities which are beginning to ban internal-combustion engine cars or cities that charge congestion taxes, as its electric powertrain allows it to get around those laws.

If you live in a crowded city, such as New York, Chicago, London, Rome or Tokyo, the BMW i3 is a great car to own. It’s a bit pricey but if you can afford it, it’s well worth the money.