How BMW prepares its cars for camouflaged testing

Spy photos are a huge part of the motoring journalist business. These photos show upcoming vehicles doing real-world testing, allowing us to get a glimpse of the future and share it with readers. However, these cars are always covered in the same sort of camouflage. This camo is designed to keep most of the car’s design under wraps, so as to keep its secrets away from its competition. For BMW, and many other automakers, there’s a completely separate facility that’s sole purpose is to camouflage upcoming Bimmers. Here is a look into this facility and how it’s been camouflaged the upcoming G20-generation BMW 3 Series.

There are two different layers of camouflage applied to to the G20 3 Series, as well as every other new car — a swirly camo vinyl livery and actual fake body cladding that’s screwed to the body of the car. Sometimes, BMW will fit completely wrong design elements, such as door handles and exterior mirrors, to the car to throw off spy photographers. The combination of these can almost completely hide the design of a new car, allowing car companies to test their cars in the wild without giving away any design secrets. While that might seem like a lot of work and cost just to hide a future car’s design, you might be surprised as to just how important it is. 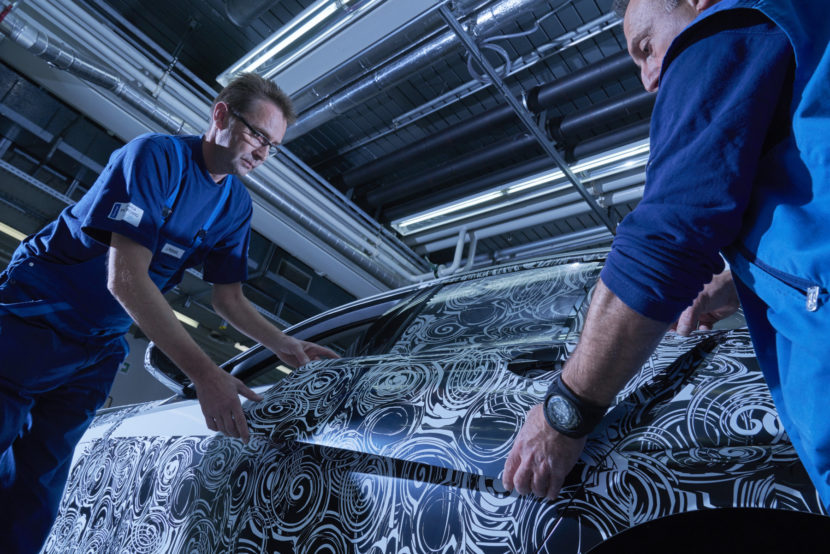 If rival car companies catch wind of the design of BMW’s upcoming cars, they can plan accordingly. They can study the new design, find its virtues and flaws and come up with something that can beat it. When the car in question is set bring in hundreds of millions of dollars in revenue, its secrets are incredibly important.

Inside BMW’s camouflage facility, it’s as clinical as an operating theater. Bright LED lights create a clean and sterile-seeming environment, as workers get to camouflaging the new 3 Series in secrecy. It’s almost surgical how smoothly and efficiently these workers do their jobs, transforming the new 3 Series into something completely unrecognizable.

On the inside, camouflaging cars is far easier. They essentially just cover everything in black mats. The only areas of the interior that aren’t covered in black mats are screens and controls that need to be used.

Everything else is covered. There are nearly 300 camouflaged test vehicles across the globe doing tons of real-world testing. From California to Germany to Finland, BMW is testing its vehicles across the world to insure that they work well and performance as expected in all climates.

We rely heavily on spy photos to give us glimpses at upcoming cars. Not only are they helpful in bringing what we learn to our audience but they allow fans to get excited, or discouraged, by upcoming cars and it allows BMW to get feedback before the car is even displayed. And it’s all thanks to the workers in this surgical-style camouflage facility. 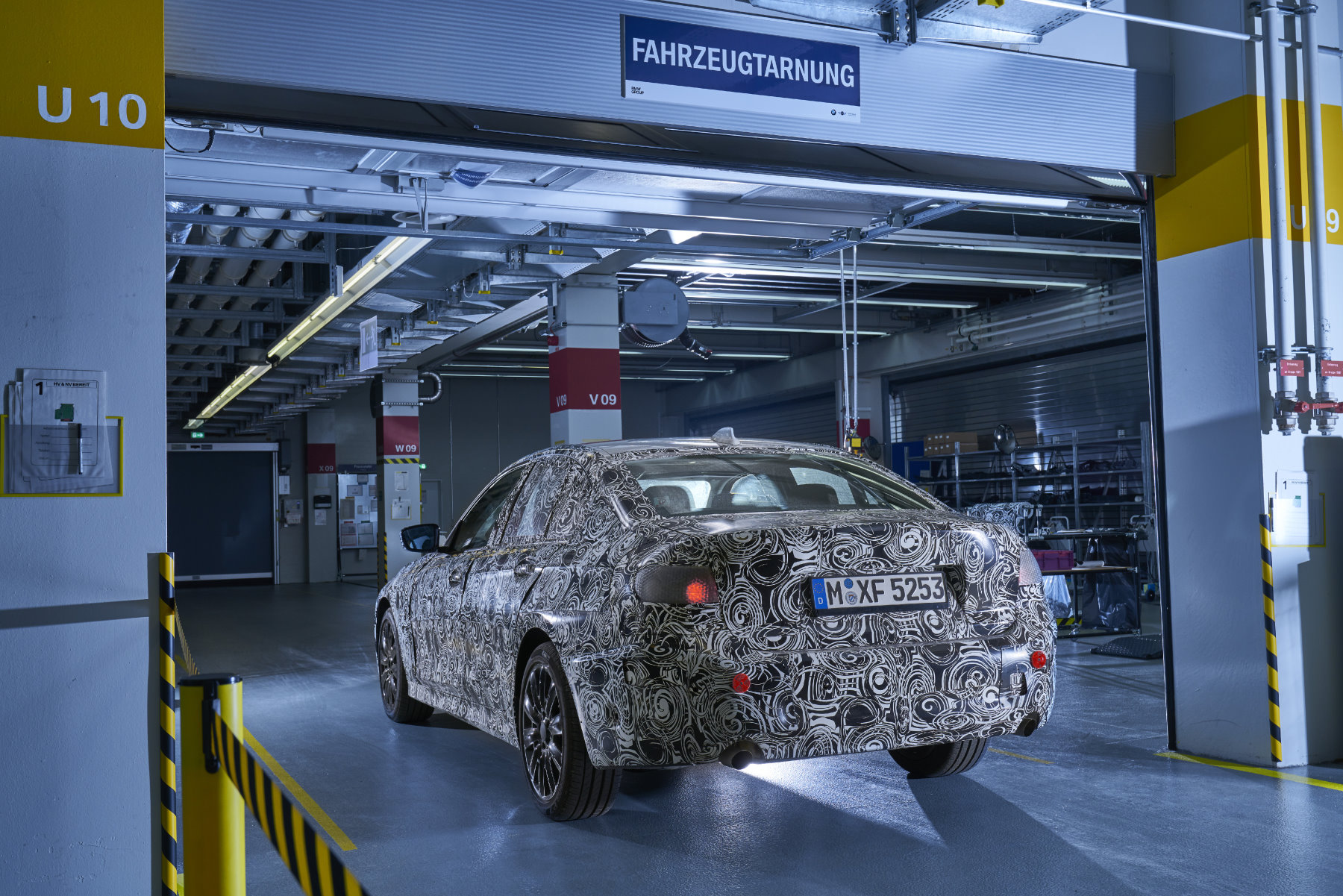 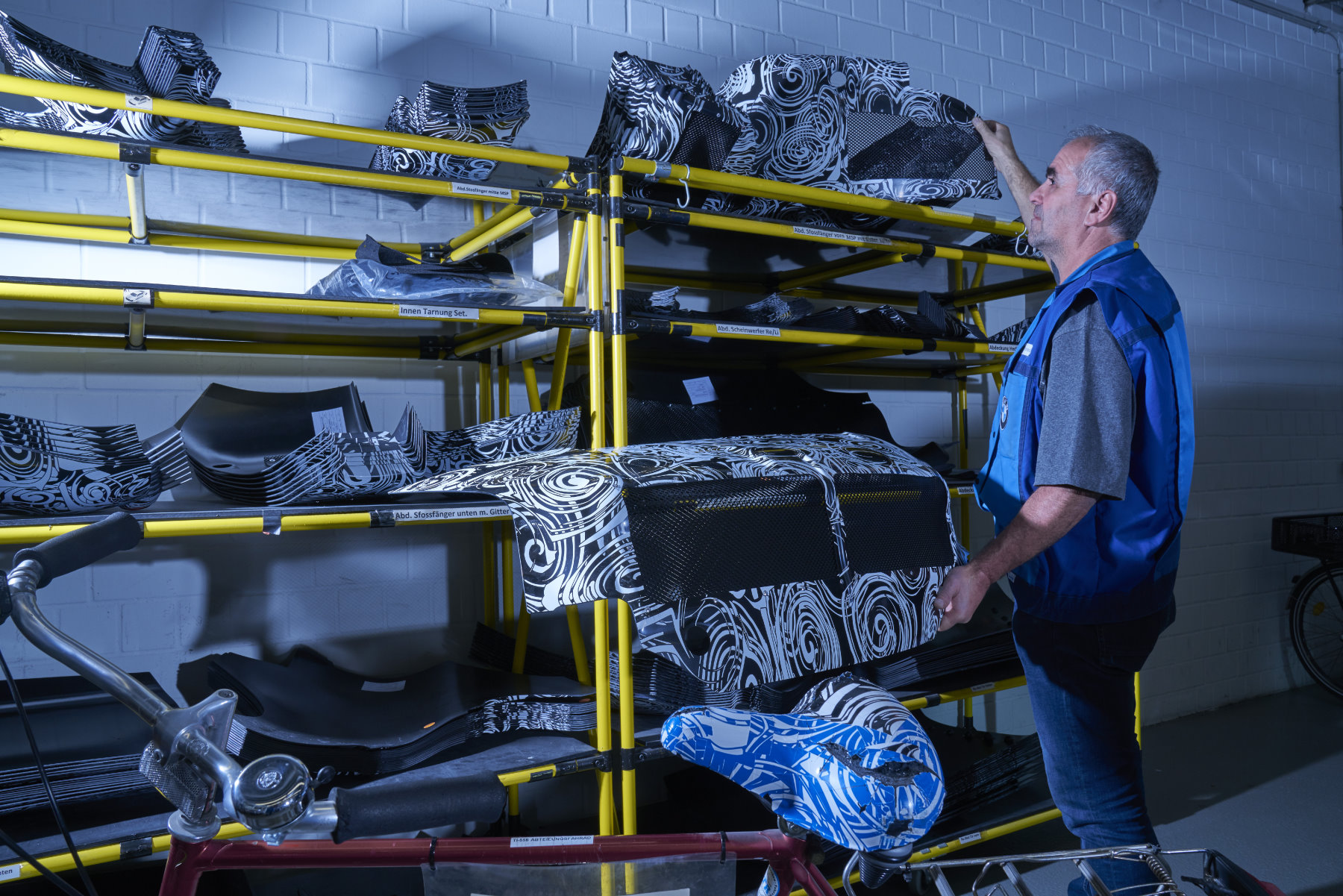 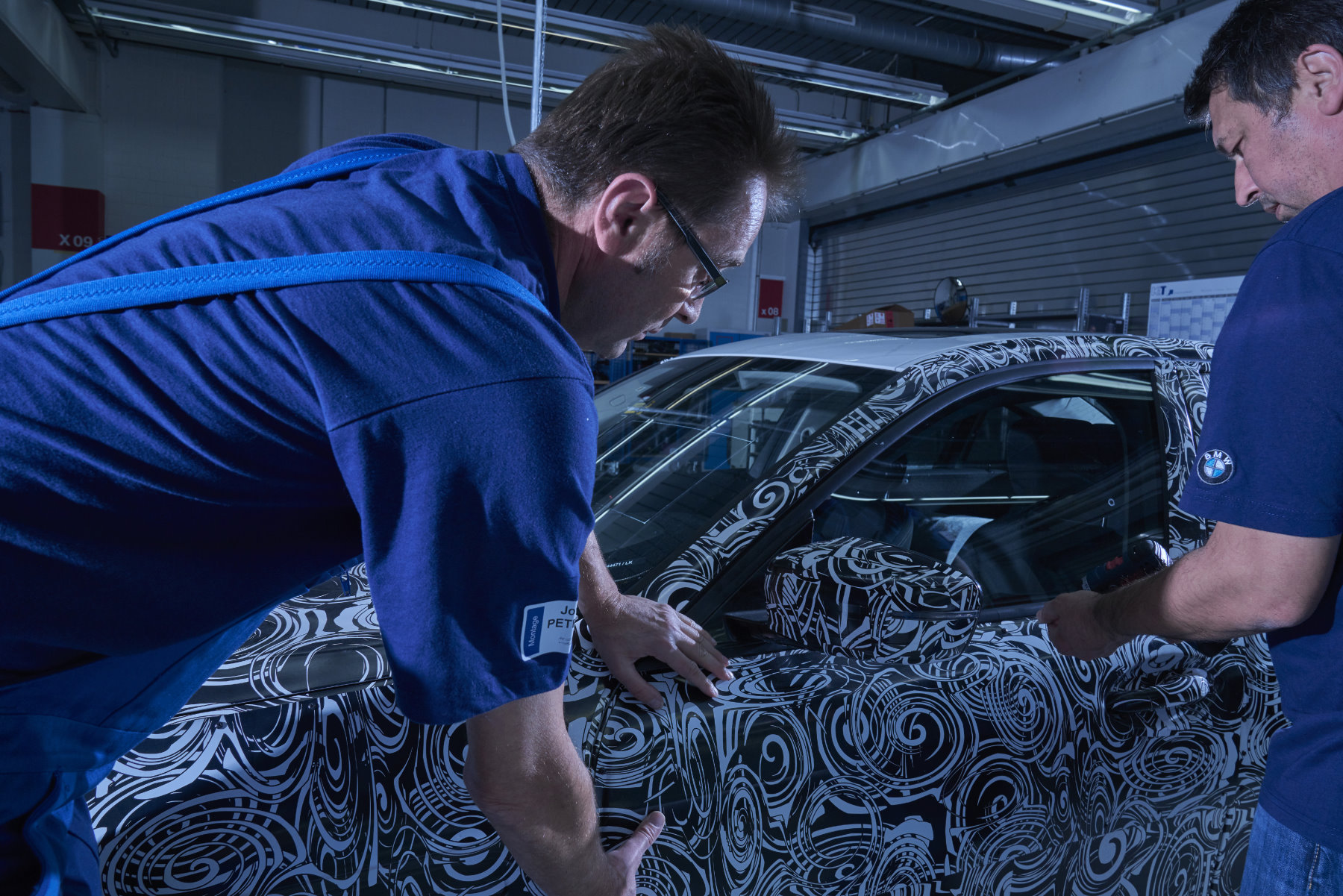 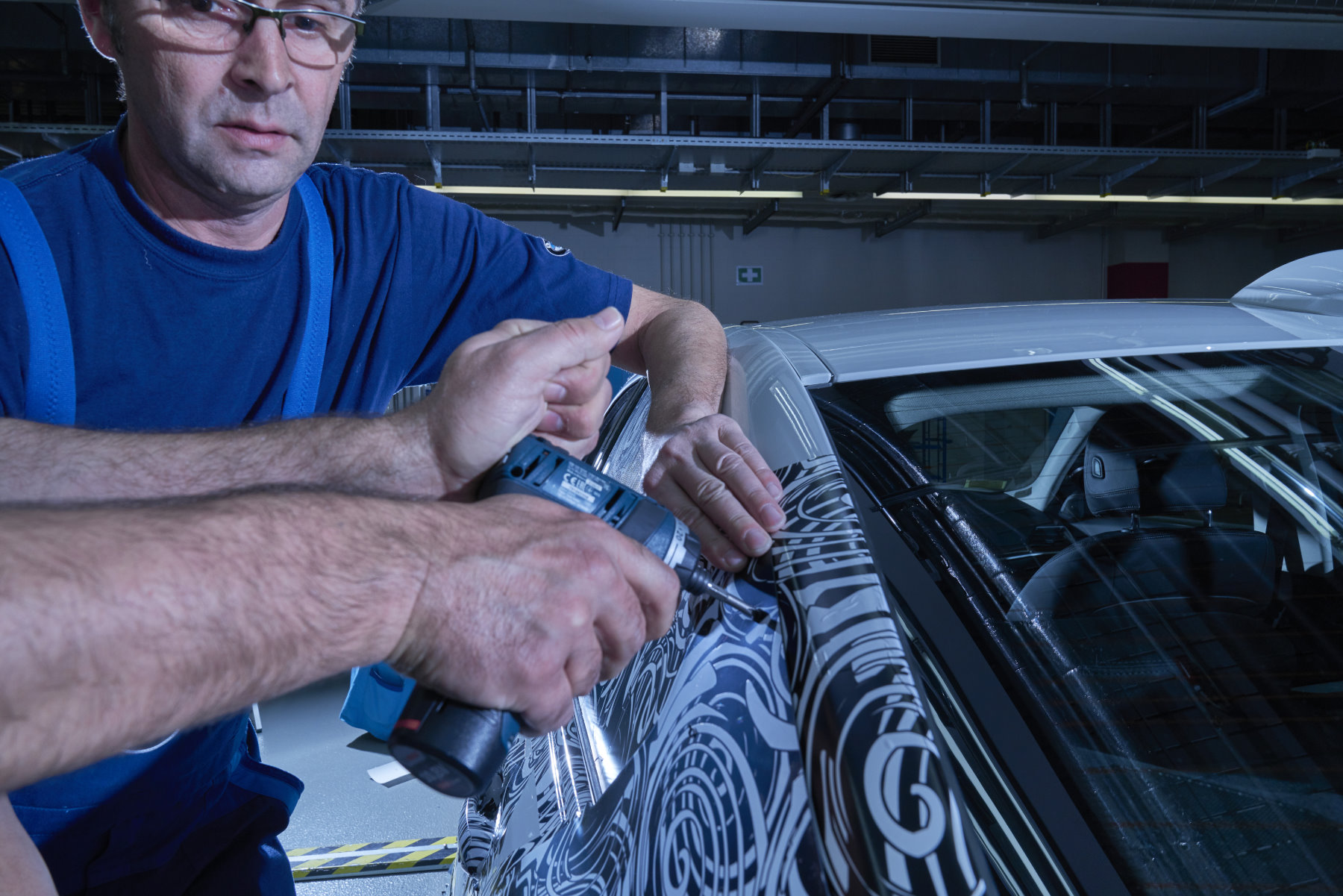 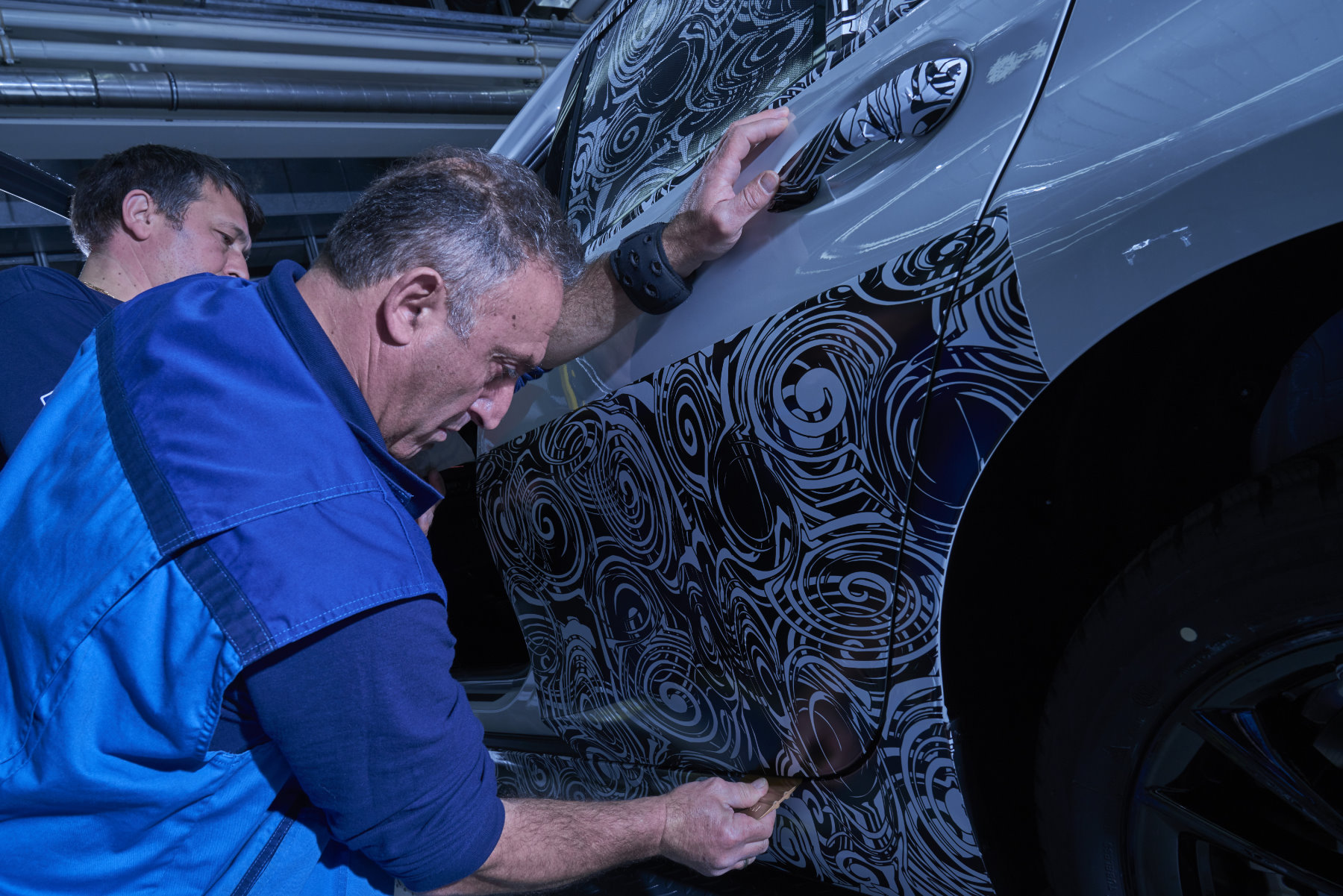 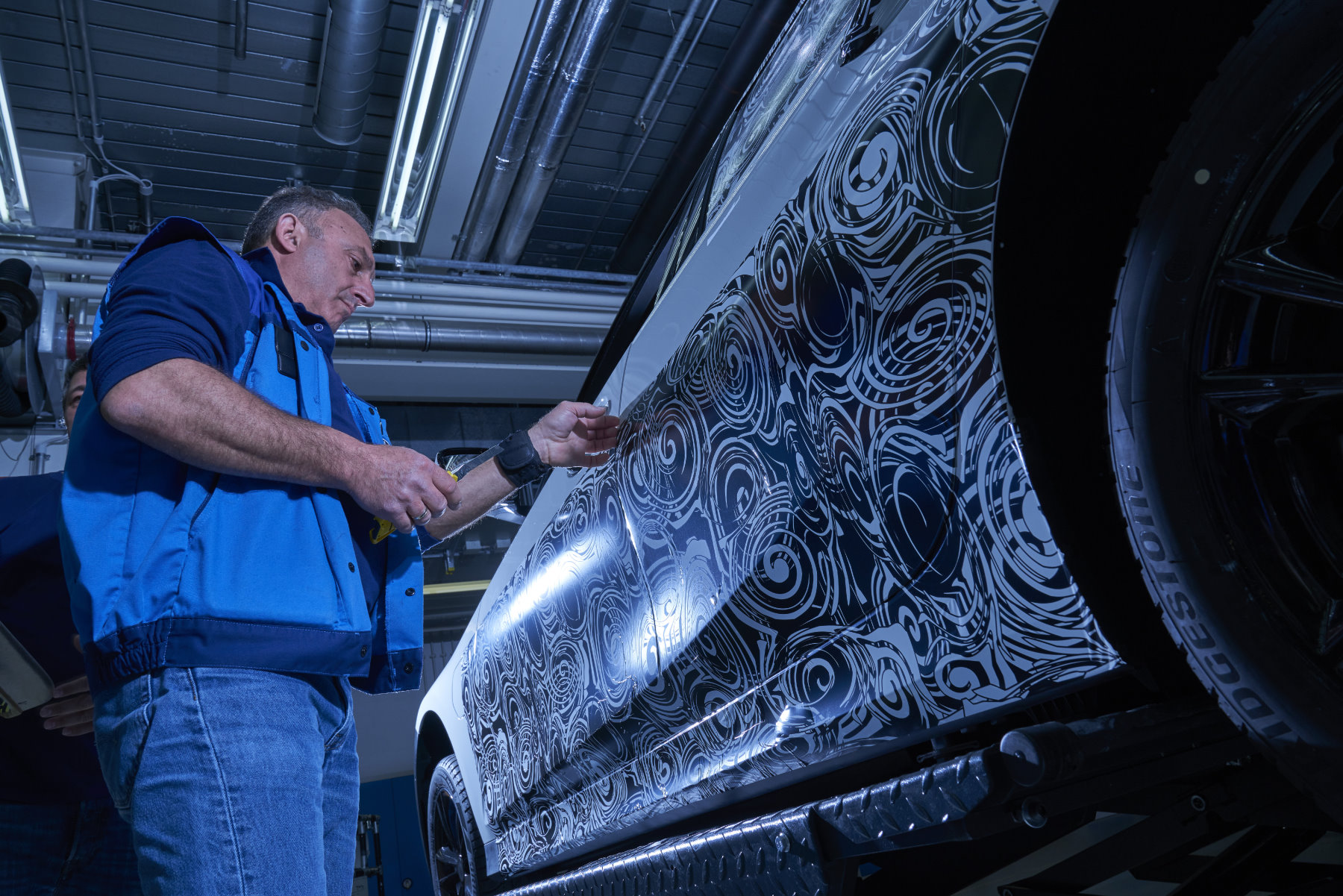 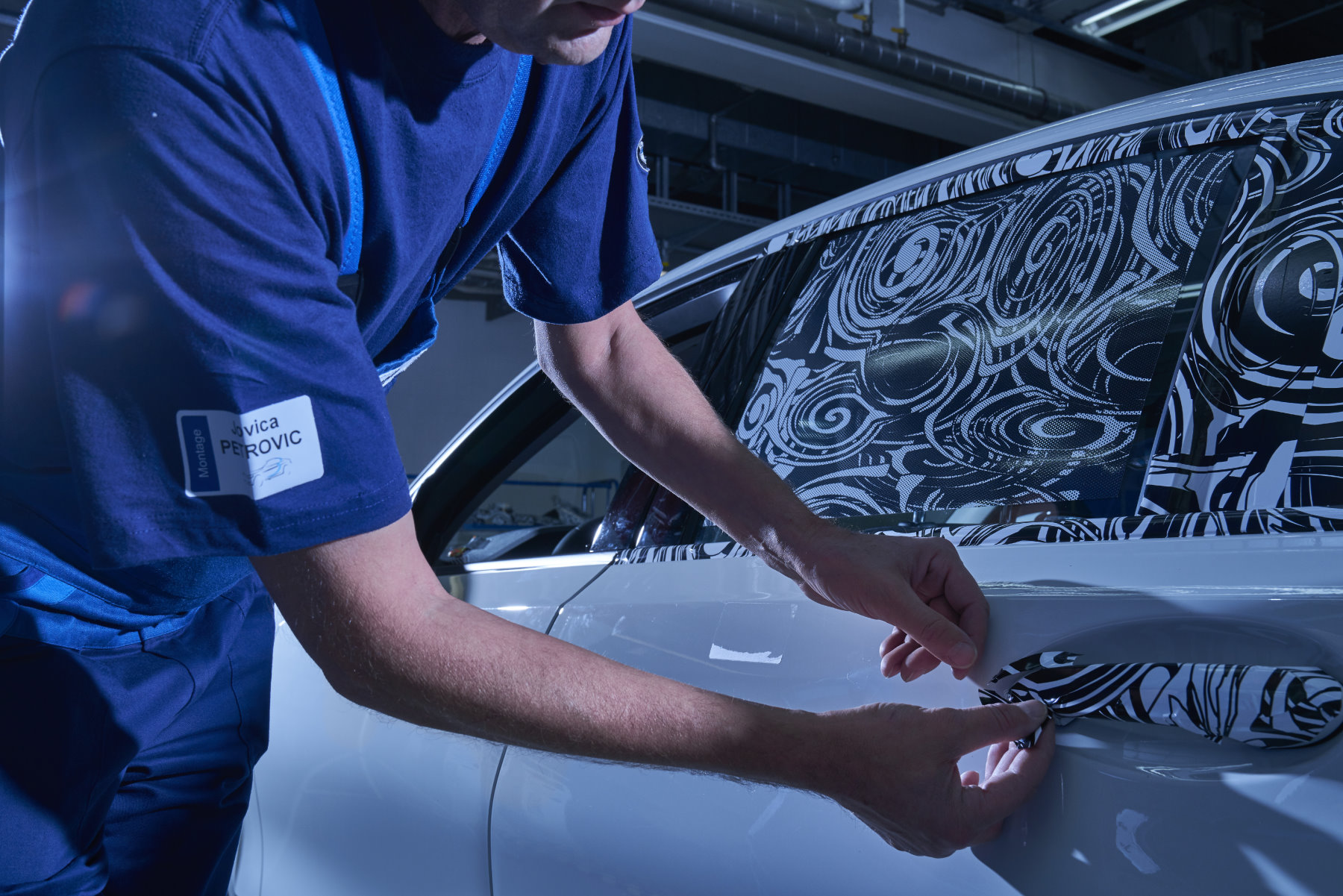 5 responses to “How BMW prepares its cars for camouflaged testing”