BMWBLOG has just learned that the next-generation BMW X5 will be introduced in the Summer of 2018, followed by a market launch in the Fall of the same year (dates vary by market). The production of the F15 X5 is scheduled to end in BMW’s Spartanburg plant in July 2018 with the new model slotted to being production shortly after. This also means that the X5 will skip the traditional BMW mid-cycle refresh and will end its production five years into its lifecycle, which makes it one of the shorter production times of modern BMWs. 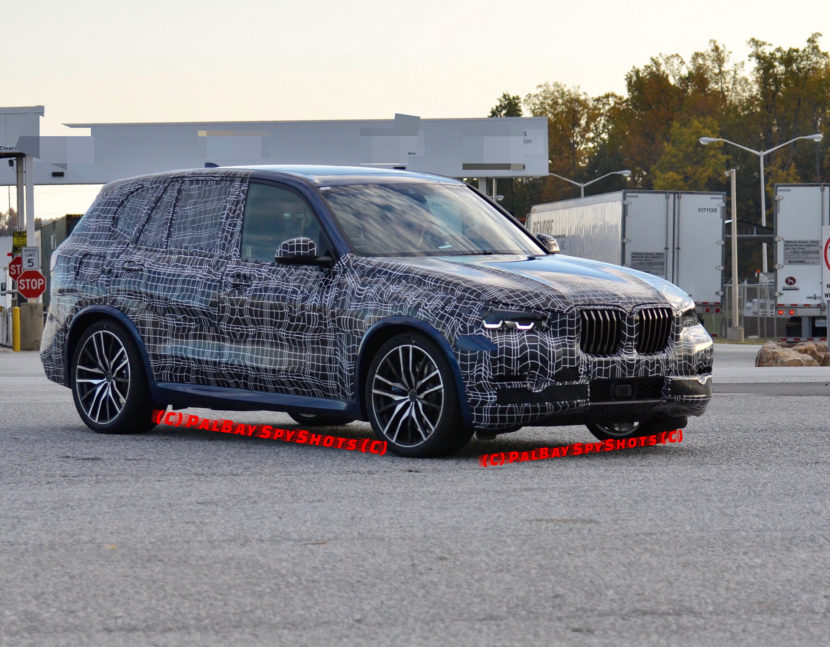 Being of the best selling BMW SUVs worldwide – that title is being disputed with the X3 in some markets – the X5 is without a doubt the bread-and-butter of the BMW trucks lineup. It’s not only the first SAV ever made by the Bavarians, but also one with the highest profit margins and an icon in the premium SUV segment.

And as we’ve seen last week, the new G05 X5 will be without a doubt the best looking X5 ever made. The general proportions and shape remains the same, as BMW hasn’t had a totally new design language in years, but a closer look reveal larger kidney grilles sitting more upright, similar to what we saw on the Concept X7.

The side view features a more slopping roofline compared to the current generation X5, while the two character lines running from rear to front emphasize the dynamics of this car. One of them, runs below the door handles which is different than current BMW models.

Built atop the CLAR architecture, the G05 X5 is going to shed some serious weight, the main reason why this revamp is in the works in the first place. A mix of magnesium, aluminum and even CFRP will be infused into its body and chassis, and they should prove providential in changing the way the car handles. Of course, it will impact the fuel consumption, in a positive way as well.

We expect to see the G05 X5 prototypes moving towards the last stage of testing in early 2018, which means we will get to see far more details of its design.