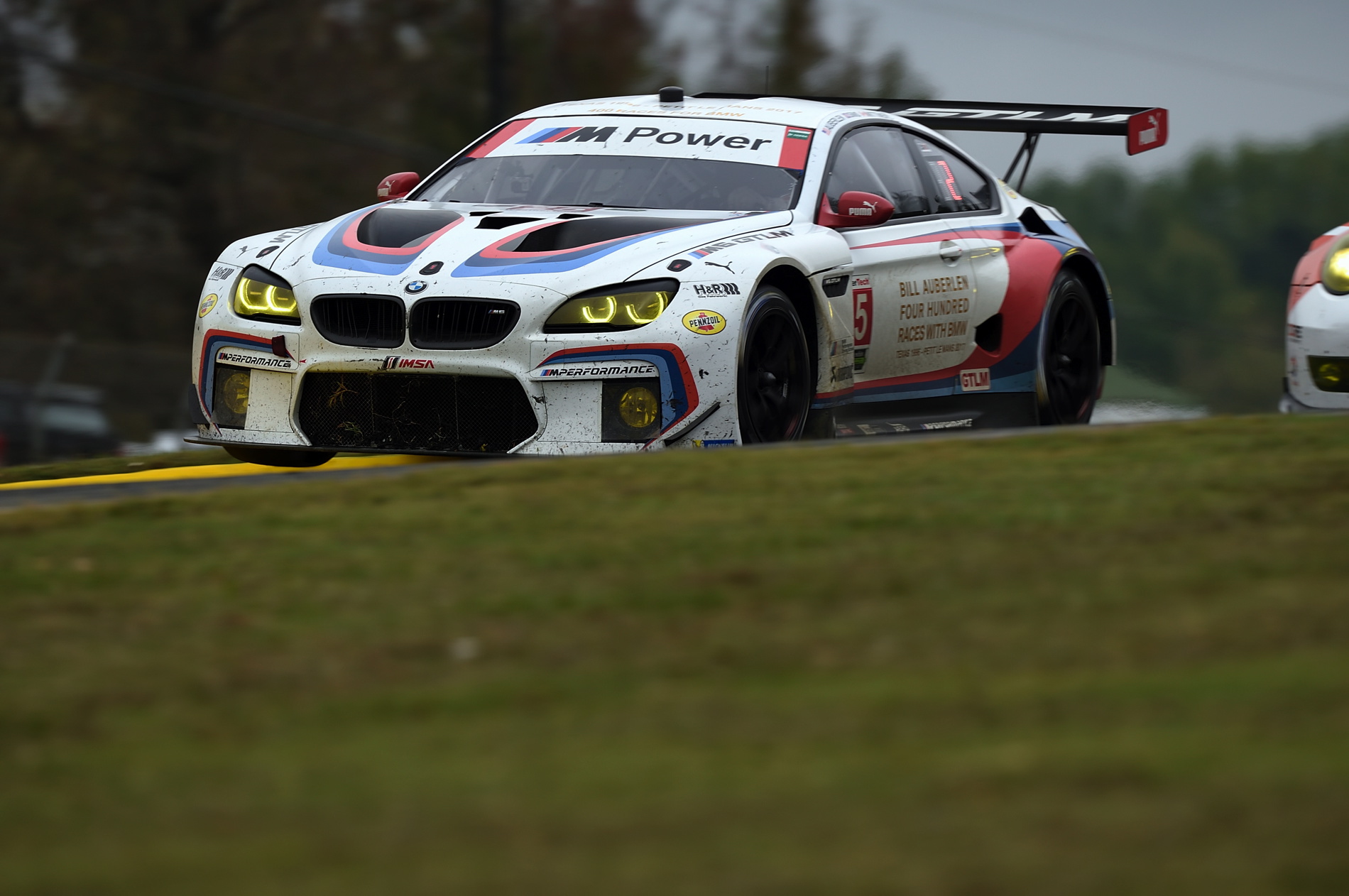 BMW Team RLL celebrated its fourth GTLM victory of the year at the season finale of the 2017 IMSA WeatherTech SportsCar Championship (IWSC) at Road Atlanta (USA). At the classic Petit Le Mans, the number 25 BMW M6 GTLM with Bill Auberlen (USA), Alexander Sims (GBR) and Kuno Wittmer (CAN) at the wheel won with a 1.060 second margin-of-victory over the second-placed Corvette, completing 392 laps of the 2.54-mile road course in the 10-hour contest. It was the first victory for BMW Team RLL at this event – and a very special triumph for Auberlen in his 400th race for BMW. Martin Tomczyk (GER), John Edwards (USA) and Nick Catsburg (NED) had to retire the number 24 BMW M6 GTLM with less than one hour to go. 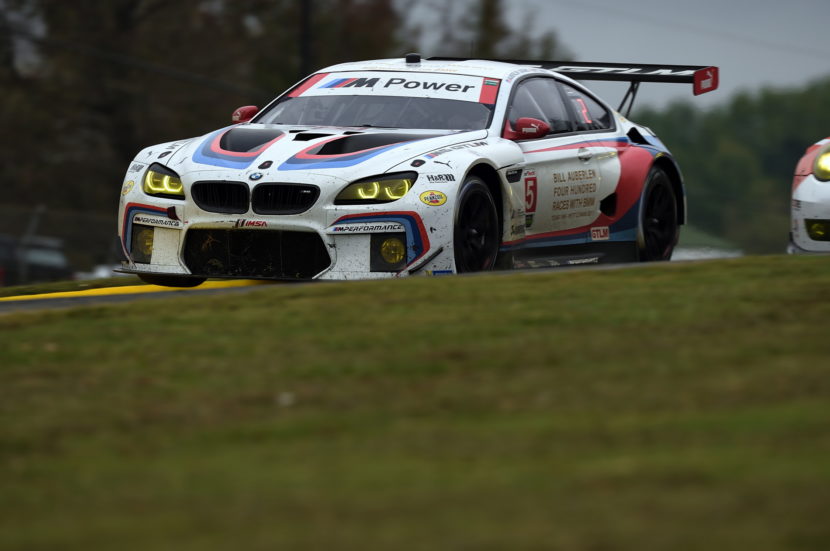 In the Drivers’ Championship, Auberlen and Sims conclude the IMSA season in second place, having 317 points under their belts. Tomczyk and Edwards have 262 points. In the manufacturers’ standings, BMW is in second place with 342 points after the final round.

The 20 th Petit Le Mans saw the last race appearance of the BMW M6 GTLM. The car celebrated its debut in the IMSA WeatherTech SportsCar Championship in 2016. Particularly during this second season, the GT sports car was able to prove its full potential. 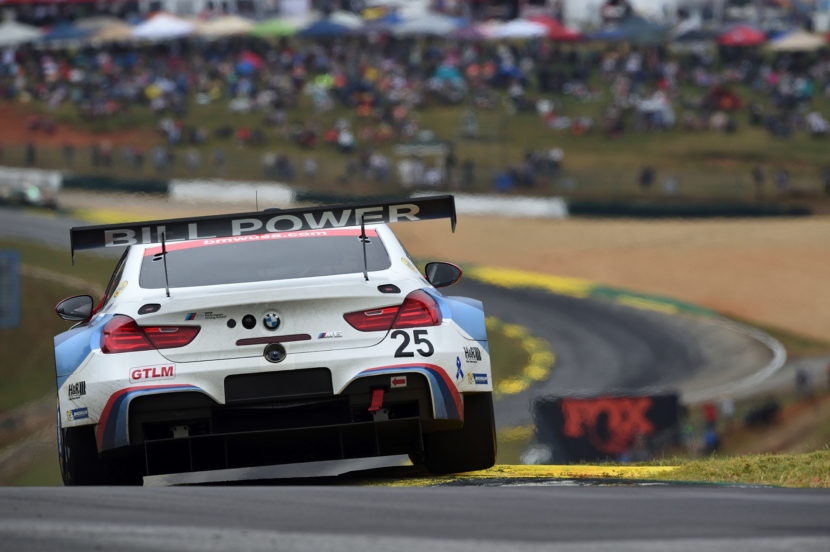 BMW Team RLL claimed four victories, at Watkins Glen (USA), Mosport (CAN), Laguna Seca (USA) and Road Atlanta. Auberlen and Sims made it onto the top step of the podium on three occasions, while Tomczyk and Edwards added their maiden IMSA race win as co-drivers at Laguna Seca.

In addition, the team scored four further podium finishes and took one pole position in Austin (USA). Since 2009 BMW Team RLL has scored 17 wins in North American sports car racing. It was the team’s first-ever GT win at Road Atlanta. Auberlen could celebrate his 400-race anniversary on the top step of the podium. 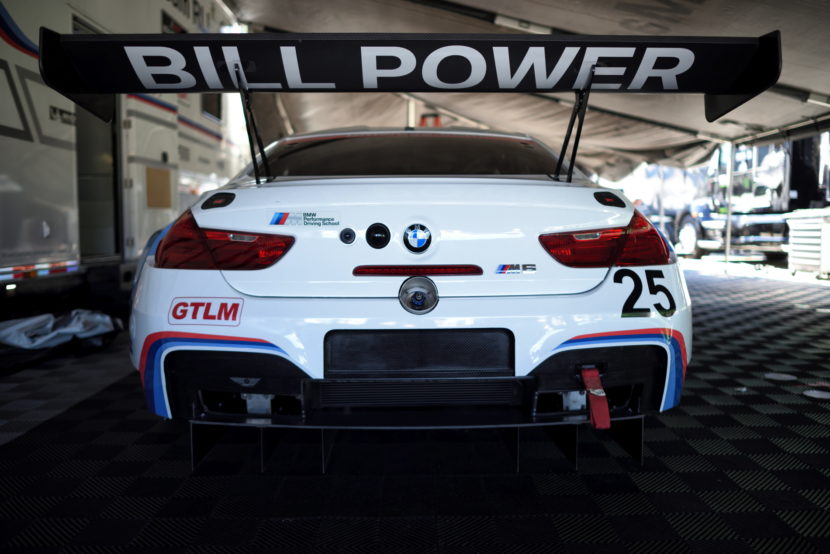 Before Saturday’s race start a rain shower hit the track. Consequently, the field was on wet tyres when the lights went green for the 10-hour race. The track dried out quickly however, so teams were soon able to switch to slick tyres. Road Atlanta then provided the backdrop for some spectacular GT action, with the BMW Team RLL drivers taking centre stage, thrilling the fans with some great overtaking moves and fast lap times.

Car number 25 was battling it out in the group of front-runners from the start, with first-stint driver Auberlen taking the lead early. Over the course of the race, the BMW M6 GTLM was always in contention, many times the team showing perfect timing when calling the car in for pit stops. Auberlen, Sims and Wittmer didn’t make any mistakes – and were rewarded with victory. 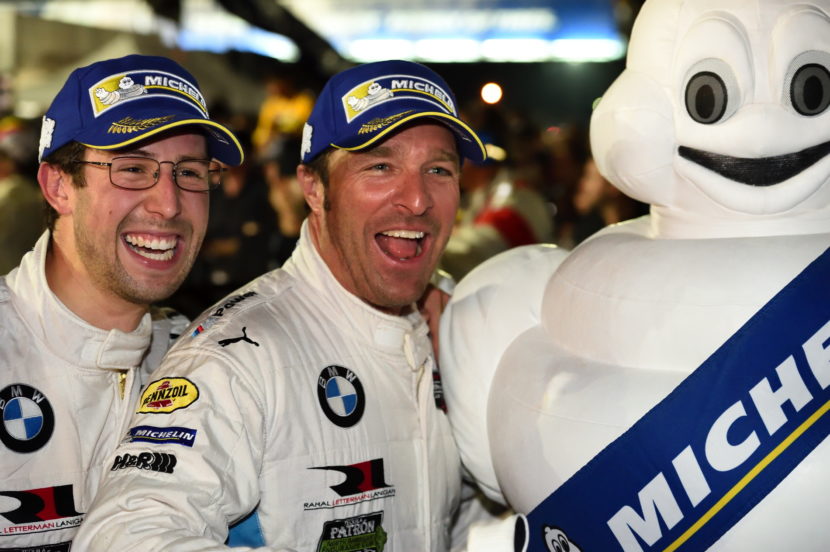 Car number 24, however, suffered a dose of bad luck early in the race when Tomczyk had to enter the garage for repairs to resolve a steering issue at the beginning of the second hour which cost the black BMW M6 GTLM more than 10 laps. The trio of drivers proved their fighting spirit, but with less than an hour to go Catsburg had to retire the car with a damaged cooling system.

In the GTD class, Turner Motorsport also had to retire early. The number 96 BMW M6 GT3 – driven by Jens Klingmann (GER), Jesse Krohn (FIN) and Justin Marks (USA) – had led the race in the early stages, before the trio had to give up due to a technical problem. Over the course of the 2017 championship, Will Turner’s (USA) team highlights in the GTD category included a win at Road America (USA) and several podiums with the yellow BMW M6 GT3. 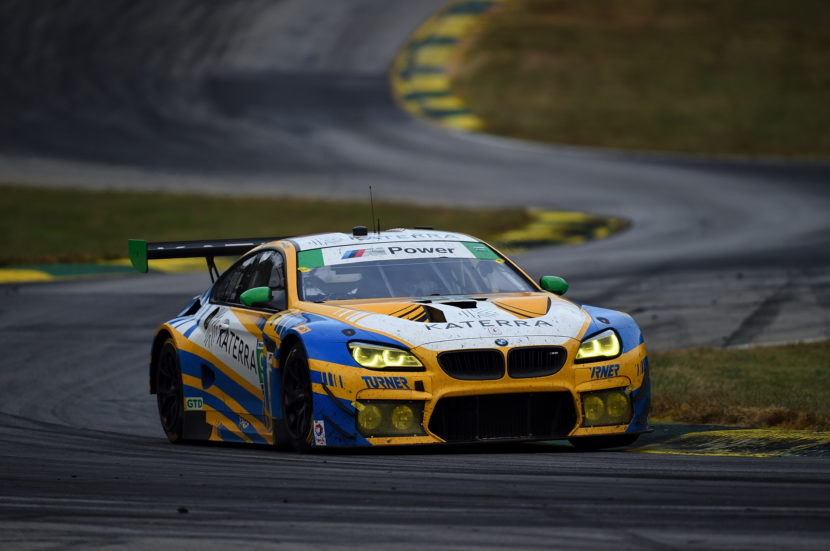 Jens Marquardt (BMW Motorsport Director): “This win for BMW Team RLL is the crowning glory of a turbulent IMSA season. Following some difficult races in the early stages of the year, we got stronger and stronger with the BMW M6 GTLM and were able to battle for title honours. Four wins is a great achievement, we have never scored more wins per season since 2009. I’m particularly pleased that Bill Auberlen – along with Alexander Sims and Kuno Wittmer – was able to win in his 400 th race with BMW. A big thank you goes to the whole team. This was also the final race for the BMW M6 GTLM. In 2018 we will write a new chapter with the BMW M8 GTE and cannot wait for the first race appearance of the car at Daytona next year. I would also like to mention the Turner Motorsport team. They were victorious with the BMW M6 GT3 again in 2017 and scored several podiums. Will Turner’s crew is a true flagship for our customer racing programme in North America.”

Bobby Rahal (Team Principal, BMW Team RLL): “This was a good, tough race. I’m so happy for Bill, winning at his 400 th race appearance for BMW. Alexander and Kuno also did a great job. In the end, the Corvette gave us everything it had to give – but we still won. To win four race in one year is pretty good in this series. And they were hard-fought. I’m really pleased for BMW Motorsport and the whole team. What a way to end the year with two wins in a row.”

Bill Auberlen (No. 25 BMW M6 GTLM, 1st place): “We went to battle with this BMW M6 GTLM. This was a perfect car right from the beginning. Thanks to all my guys. What great way to complete my 400 th race with BMW. This is just amazing.”

Alexander Sims (No. 25 BMW M6 GTLM, 1st place): “What a race. This was really, really something. It was very challenging out there, but the team made the right calls all day. We beat a few people into some of the stops under yellow which was really helpful for the overall race. We had a great pace. But traffic was always a big gamble. BMW and the whole team worked very well this weekend – and all season. I’m so glad we brought it home.”

Kuno Wittmer (No. 25 BMW M6 GTLM, 1st place): “I’m overwhelmed with emotions right now. This is such a team sport. Every person in the team performed to absolute perfection today. That’s how you win. Co-driving with Bill was great again. He is someone to look up to. Alex is an amazing talent. I couldn’t ask for better team-mates. Good job BMW Team RLL!”

John Edwards (No. 24 BMW M6 GTLM, DNF): “This outcome sums up our season really. Either we did great or we didn’t finish. We had another DNF today. This is not what you want. The good news, however, is the great result of our sister car.”

Martin Tomczyk (No. 24 BMW M6 GTLM, DNF): “You certainly wish for a different result in the final race of the year. Again we had a technical issue with the power steering at the beginning of the race. That’s a shame. The pace was there. For us it didn’t work out. Nevertheless it was a great year for me here in the States. We had a victory at Laguna Seca, driving with John was a great experience. Congrats to our team-mates!”

Nick Catsburg (No. 24 BMW M6 GTLM, DNF): “Unfortunately we not only lost ten laps due to a technical issue in the beginning. Later on we had to retire. We would have liked to finish the race, as we never quit. But we were just unlucky today. It’s great to see our team-mates winning. They did a great job.” 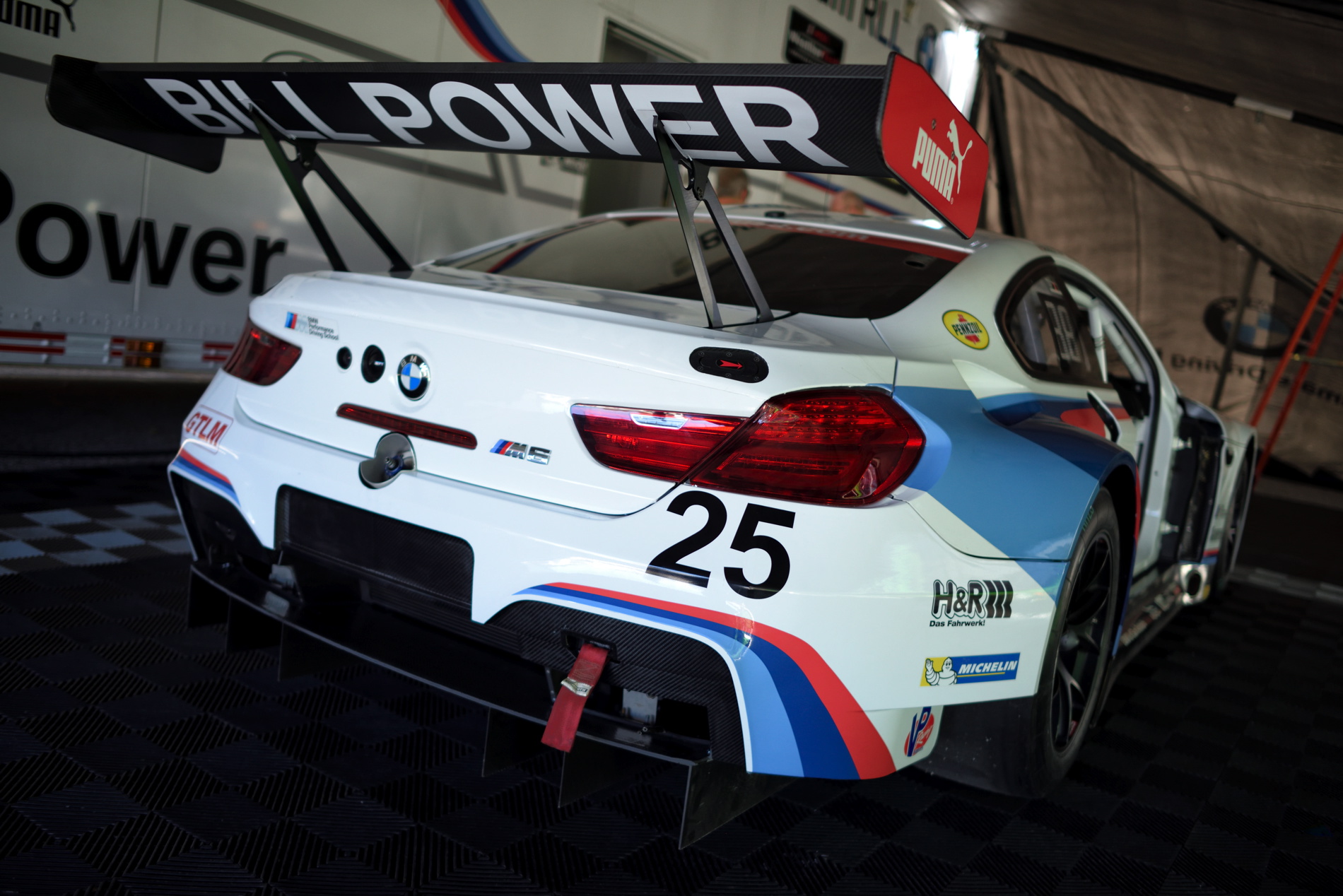 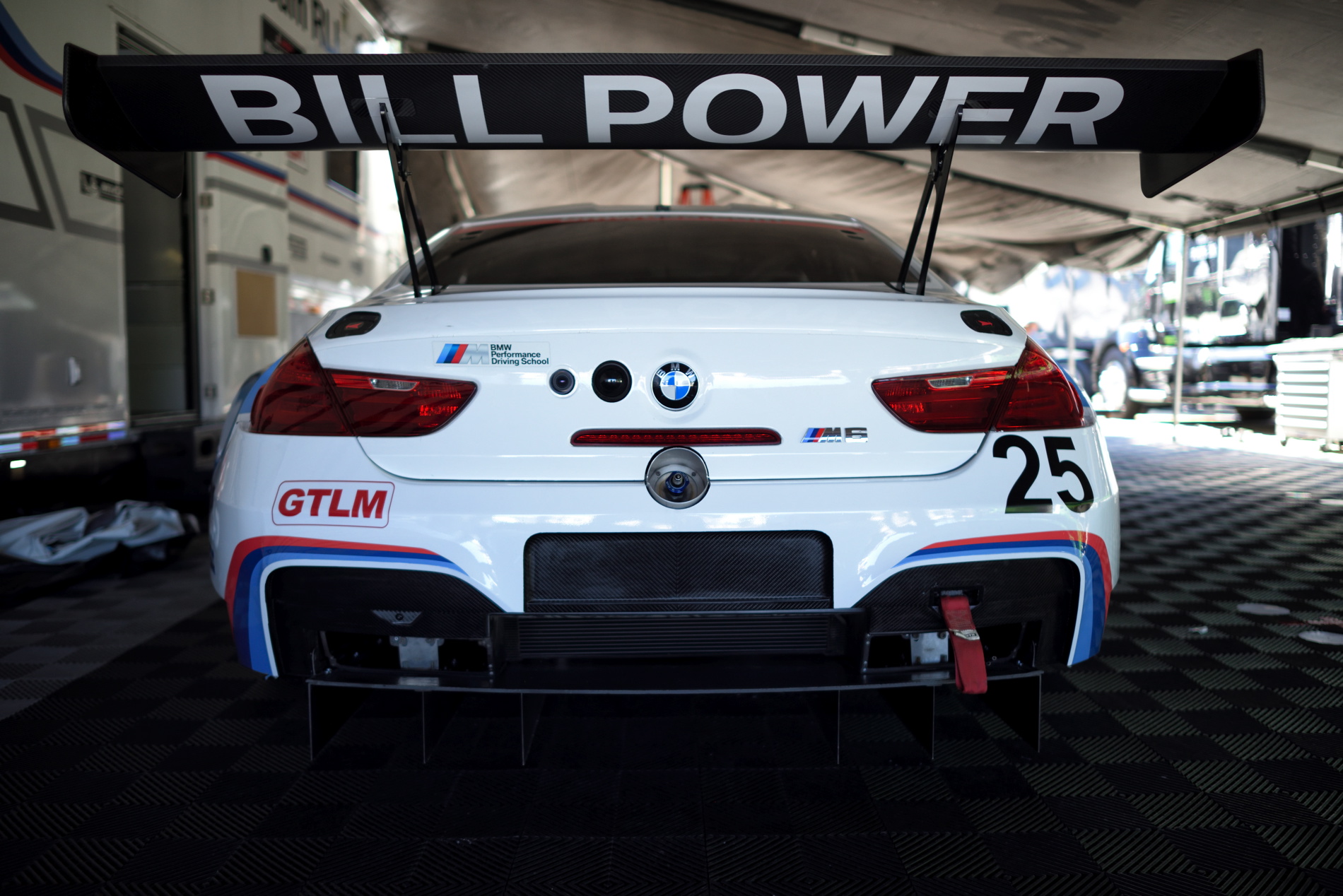 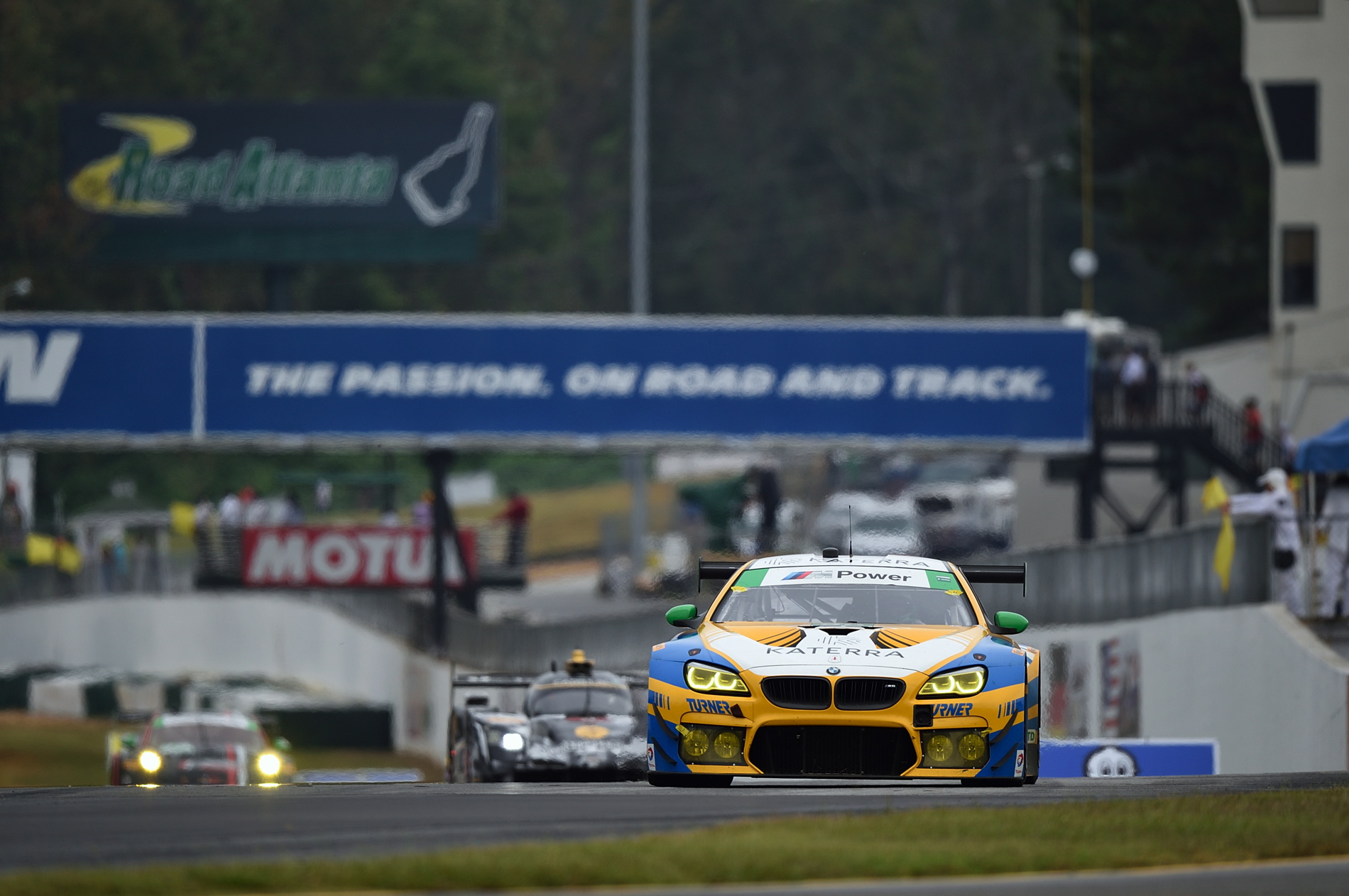 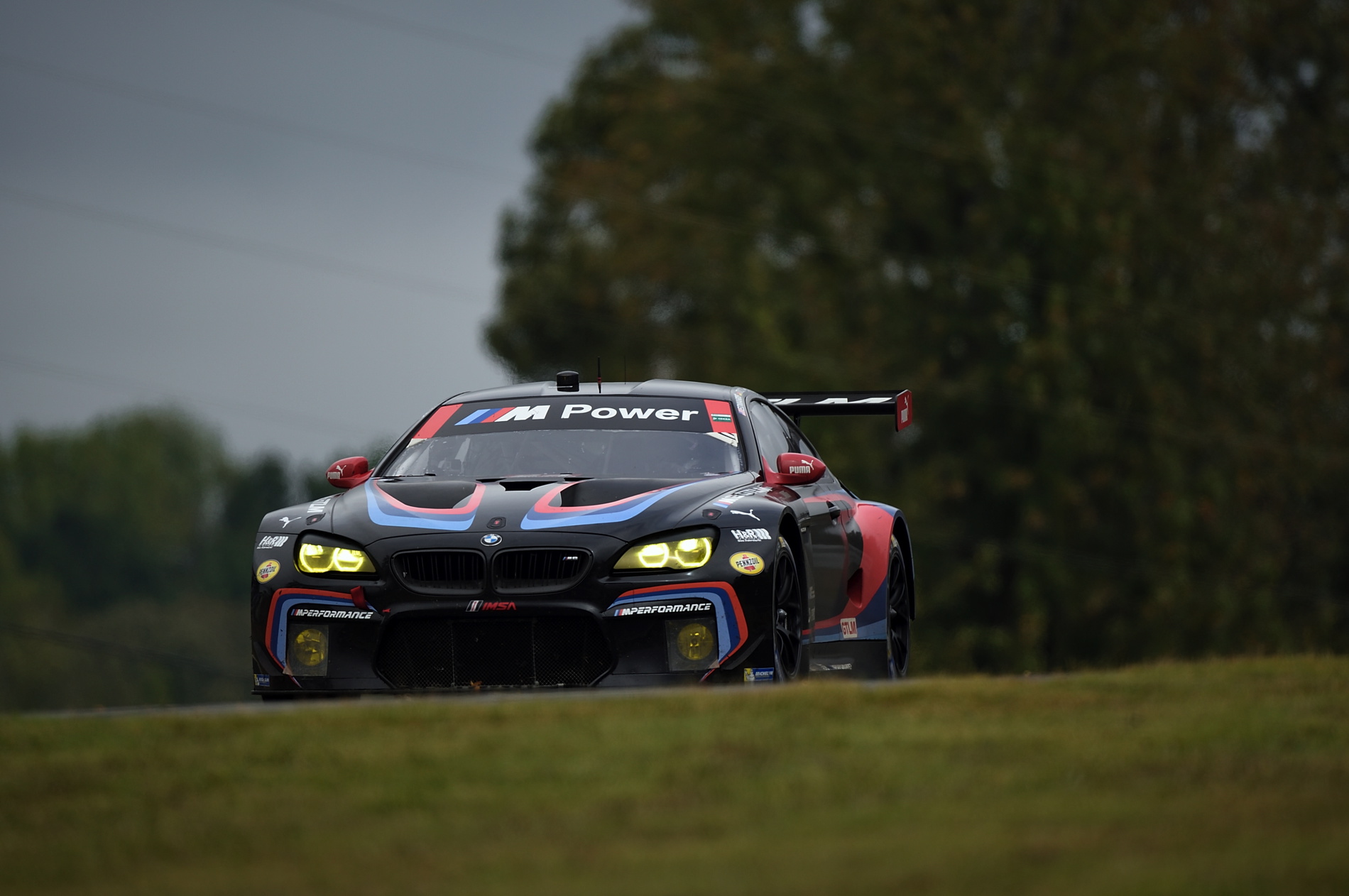 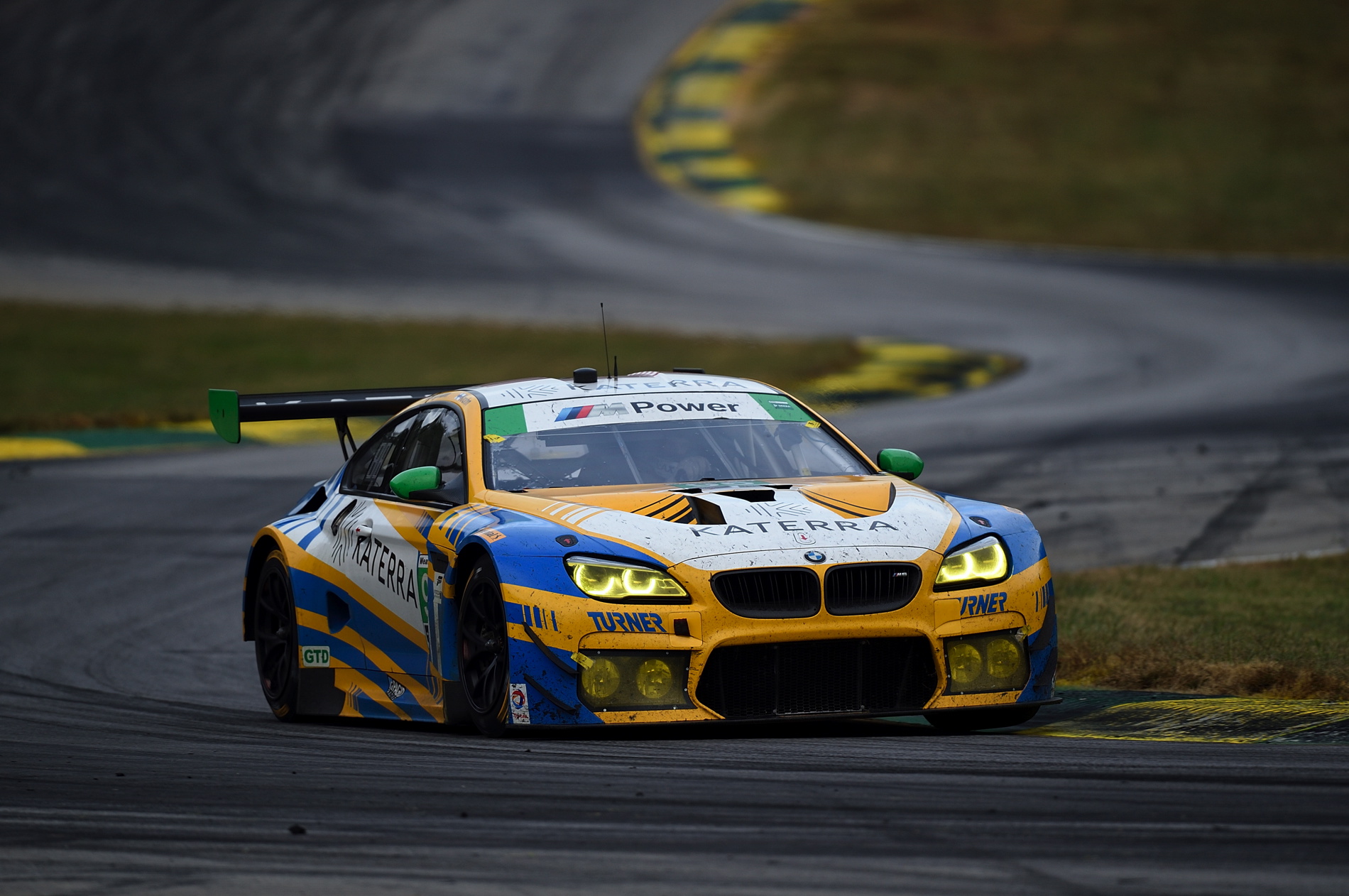 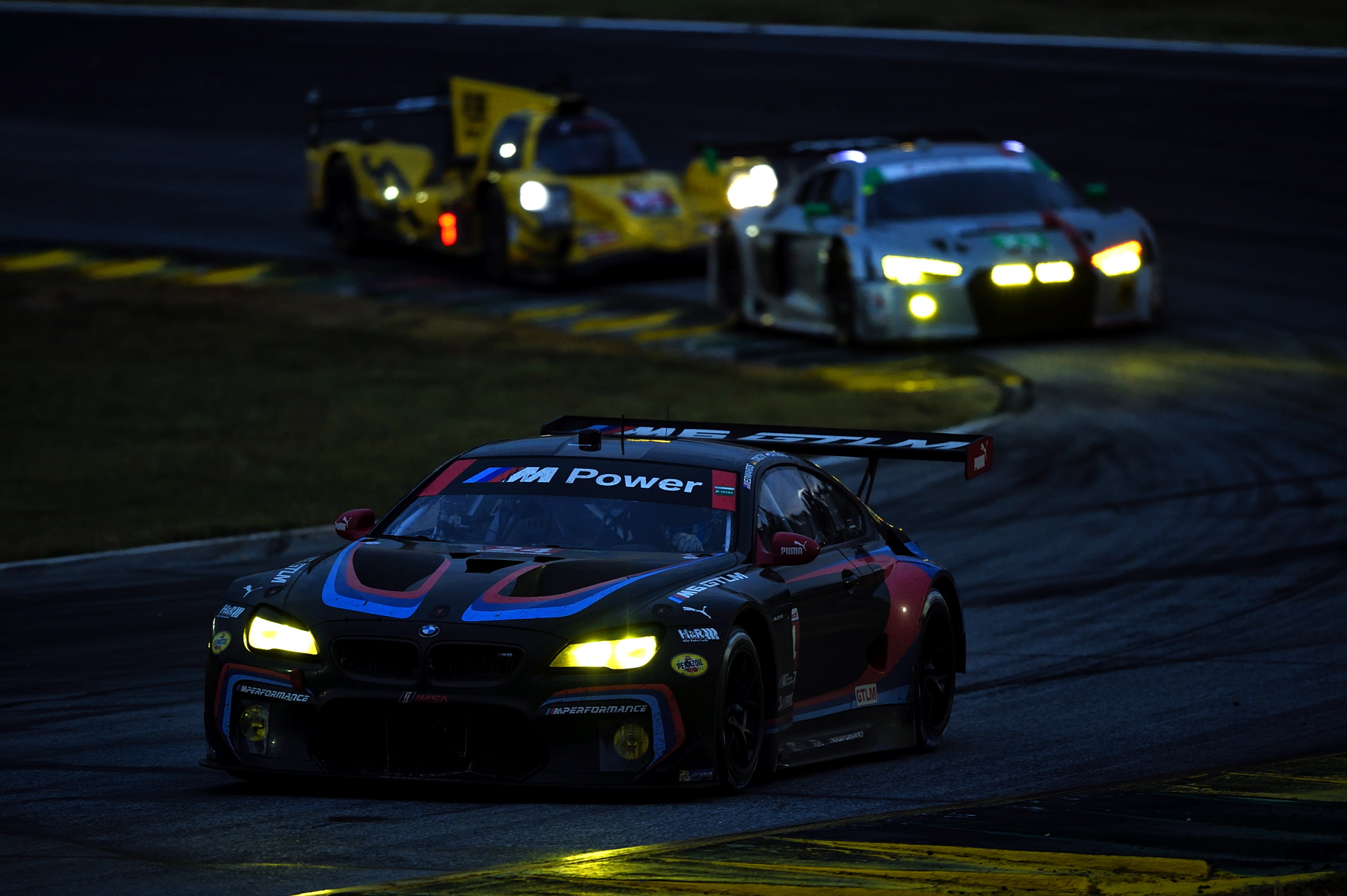 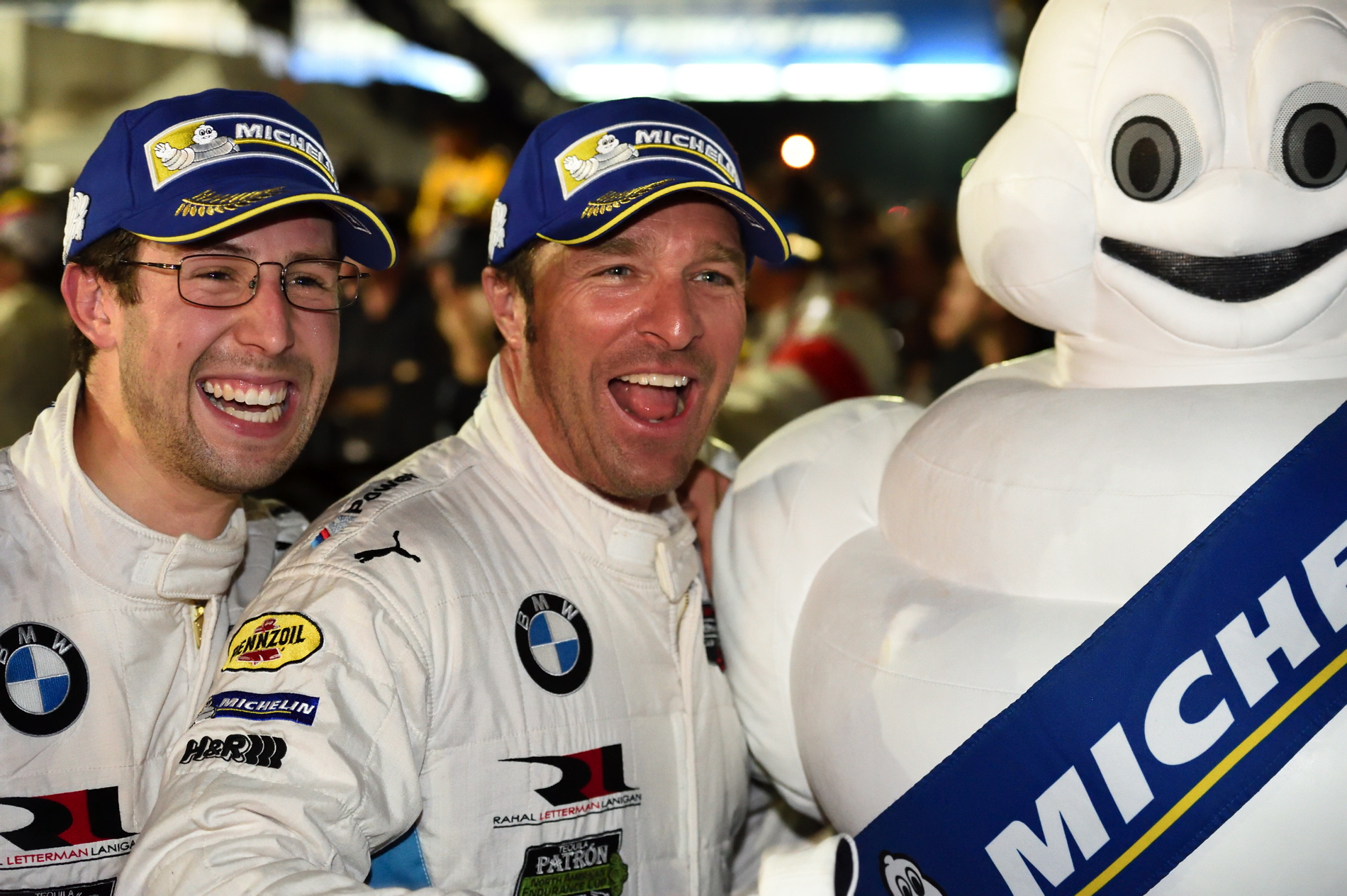