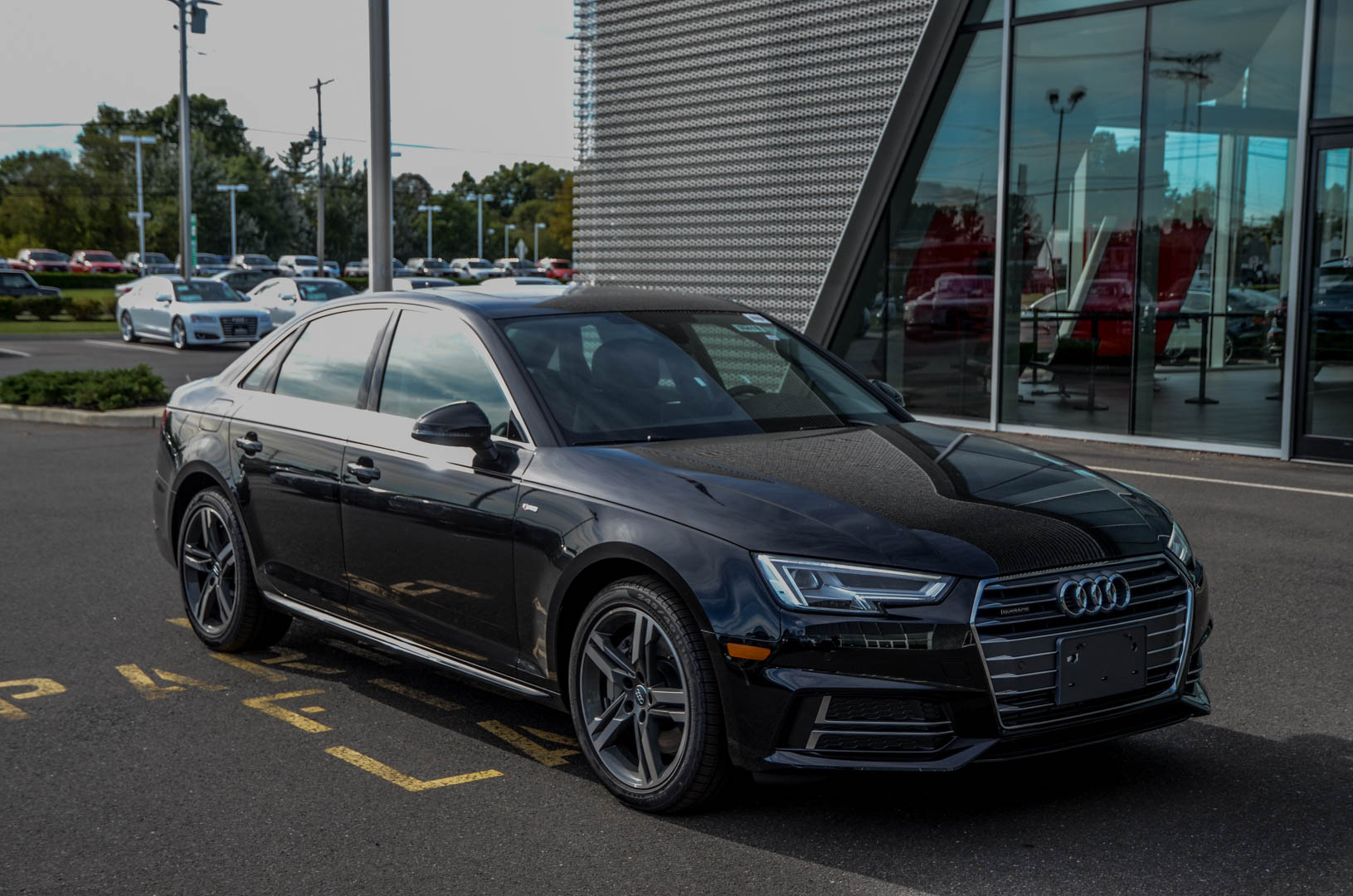 Last we drove the new B9-generation Audi A4, we were really impressed. It was a significant improvement over the previous-generation car and when we compared it with the BMW 3 Series, it was just as good as that benchmark for the segment. At the time of driving it, there was only one powertrain available — a 2.0 turbocharged four-cylinder engine and a sevens-speed dual-clutch automatic. Now, though, Audi is offering another transmission in the A4 — a six-speed manual. So we figured we’d give it a go.

The car we tested was a 2017 Audi A4 Quattro Premium Plus 2.0 TFSI with a six-speed manual that was pretty basic aside from that. It did have the Cold Weather Package but that’s about it. In fact, what’s more worth noting is what it didn’t have, such as the Navigation and Telematics Package and the Sport Plus Package. The former package offers Audi’s upgraded MMI system, a larger navigation screen and the brand’s brilliant Virtual Cockpit. The latter brings about sport details, most specifically the adaptive sport suspension. So it was pretty spartan, as far as Audi A4s go. Still, it’s a lovely car to sit in and features a ton of tech.

But we didn’t drive the A4 to give you a run down on its technology, as we’ve covered all of that ad nauseam. What we’re here to talk about is what the Audi A4 is like to drive with three pedals and a stick.

It’s been a long time since we’ve seen a manual gearbox in an A4. The previous B8-generation A4 ditched the manual option in its later years and even when it was offered, sales were limited at best. Americans don’t seem to love manuals. However, it seems that there was enough of an enthusiast draw to convince Audi to add a manual gearbox option to the new A4. It took a little longer than we’d hoped but we’re just happy it’s here.

Jumping into a brand-new Audi and seeing a six-speed gear lever is a bit odd but a welcome sight. I was nervous that it might feel out of sorts in such a high-tech car, as many modern manual cars can. Thankfully, it doesn’t feel out of sorts at all. The shift lever feels good in the hand and throws are short enough and precise. It’s not Mazda MX-5 slick but it’s one of the better manuals I’ve driven in a while. The clutch is a bit springy, which caught me off guard at first, but once you get used to it, the action is light and easy to use.

Thanks to the 2.0 TFSI engine’s wide powerband, just engaging the clutch a bit moves the A4 effortlessly off the line. It’s a very easy car to drive in traffic. Punch it, though, and the little turbo-four’s 252 hp and 273 lb-ft of torque make themselves known. The A4 feels quicker than just 252 hp would suggest and its little engine rings out those ponies smoothly. This is one of the best turbo-fours on the market, with punchy shove that’s silky smooth and even accompanied by a decent growl. As you near redline, there’s a bit of a buzz, but that’s to be expected from a small four-cylinder, and then you get to shift the manual again.

Without the sport suspension, the A4 is a bit too softly sprung. The pitches and rolls far too much through corners and has a bit of brake dive. It really needs either the fixed or adaptive sport suspension. It’s a must. While I’d prefer the sport suspension, the trade=off is that the standard setup is quite supple and rides really well. The steering is very light, probably too light for my tastes, but it’s accurate and easy to place. There’s also decent feel and it weights up nicely as you add steering lock. This new chassis, though, is really quite good and the A4 feels like a proper sports luxury sedan.

We’re very happy Audi is now offering a manual gearbox in the A4. More than that, we’re happy it’s a good one. The clutch is nice and light, yet accurate, and the throws are great. It’s lovely to use and refreshing to use in a modern Audi. Admittedly, it’s not absolutely necessary to have fun in an A4, because the no-cost seven-speed dual-clutch gearbox is brilliant as well, but it’s the way to go for most enthusiasts. It does add to the experience and make the A4 that much more engaging. We’re happy it’s here and we’re even happier it’s good. 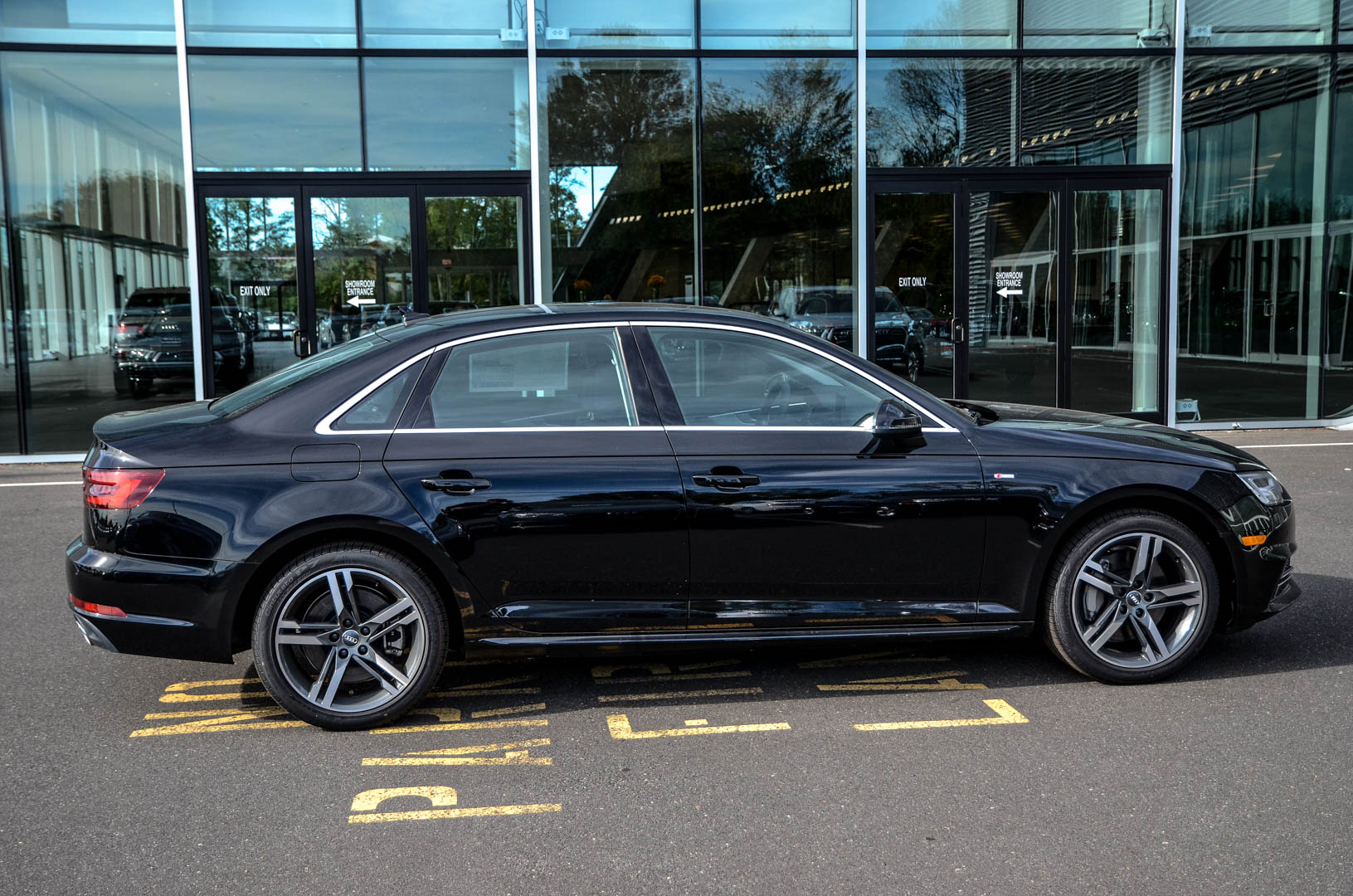 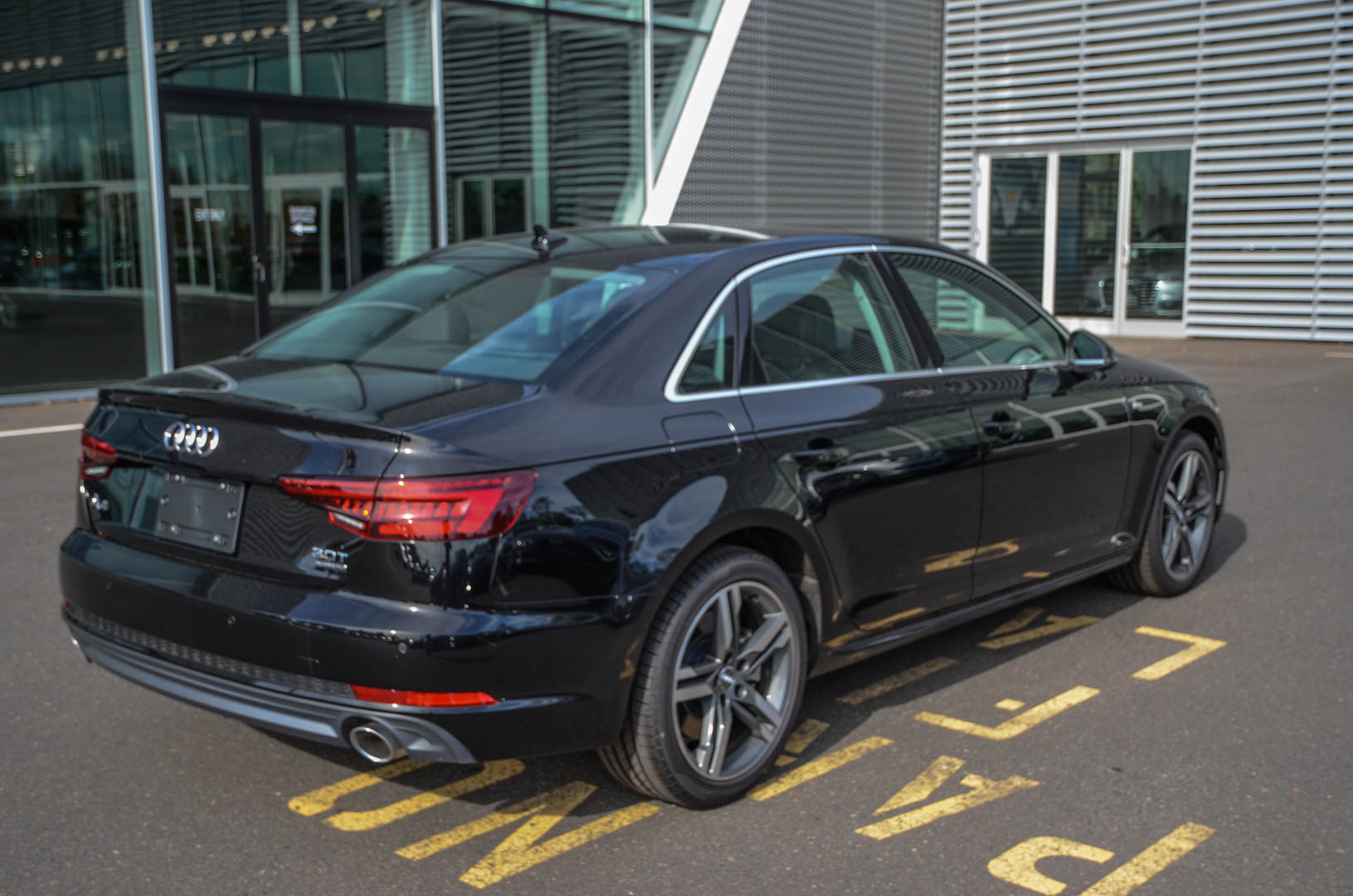 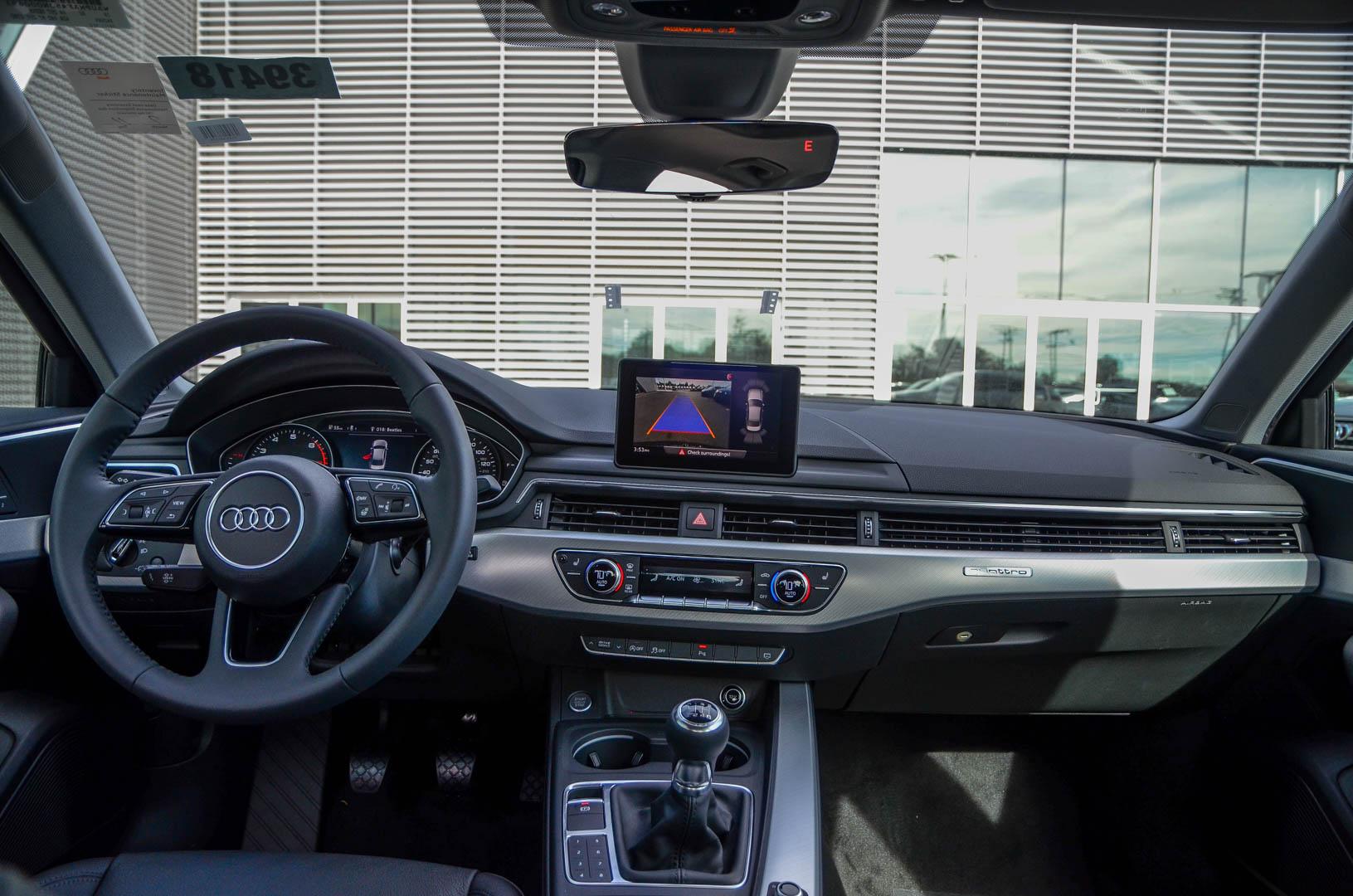 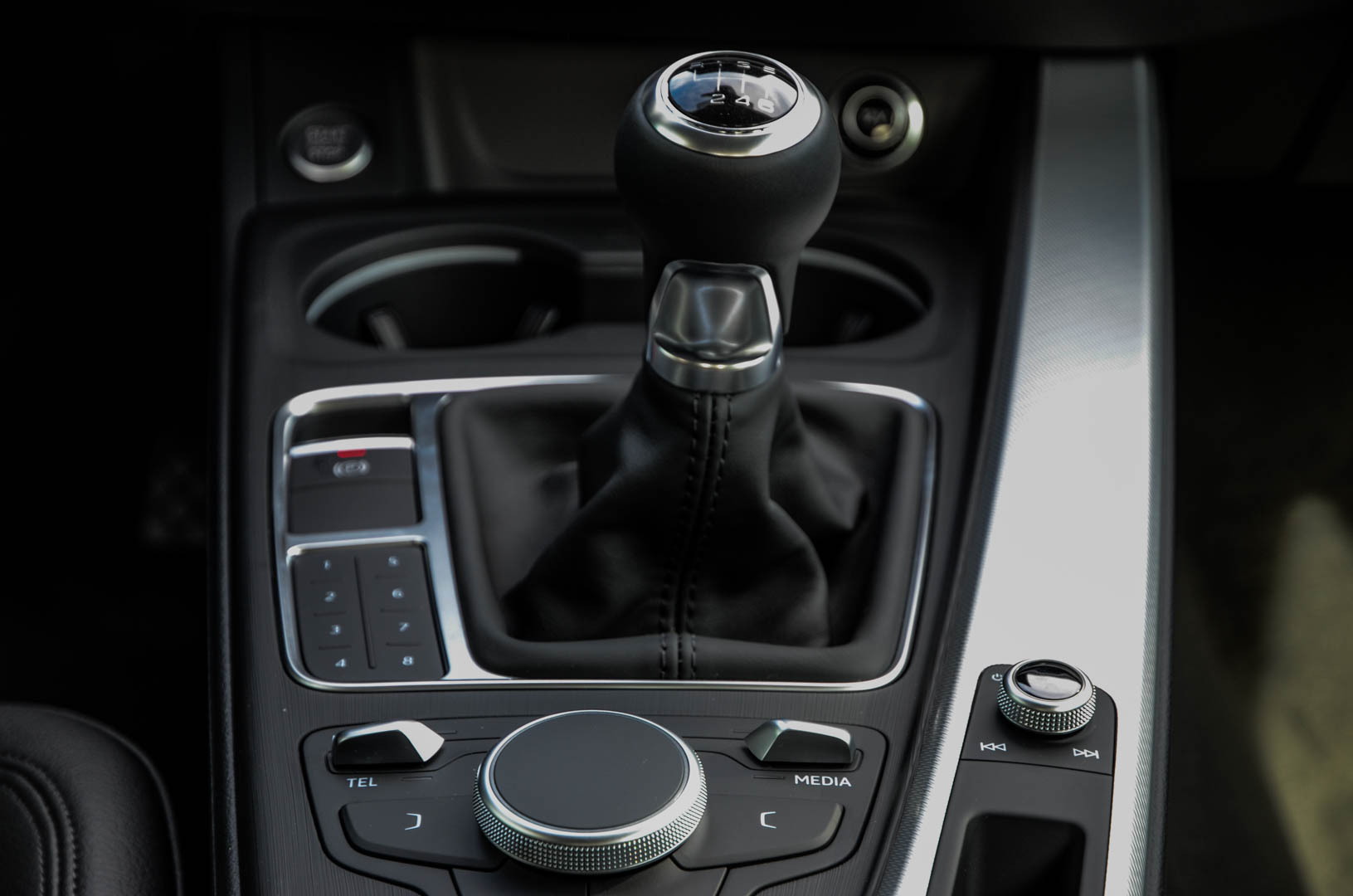