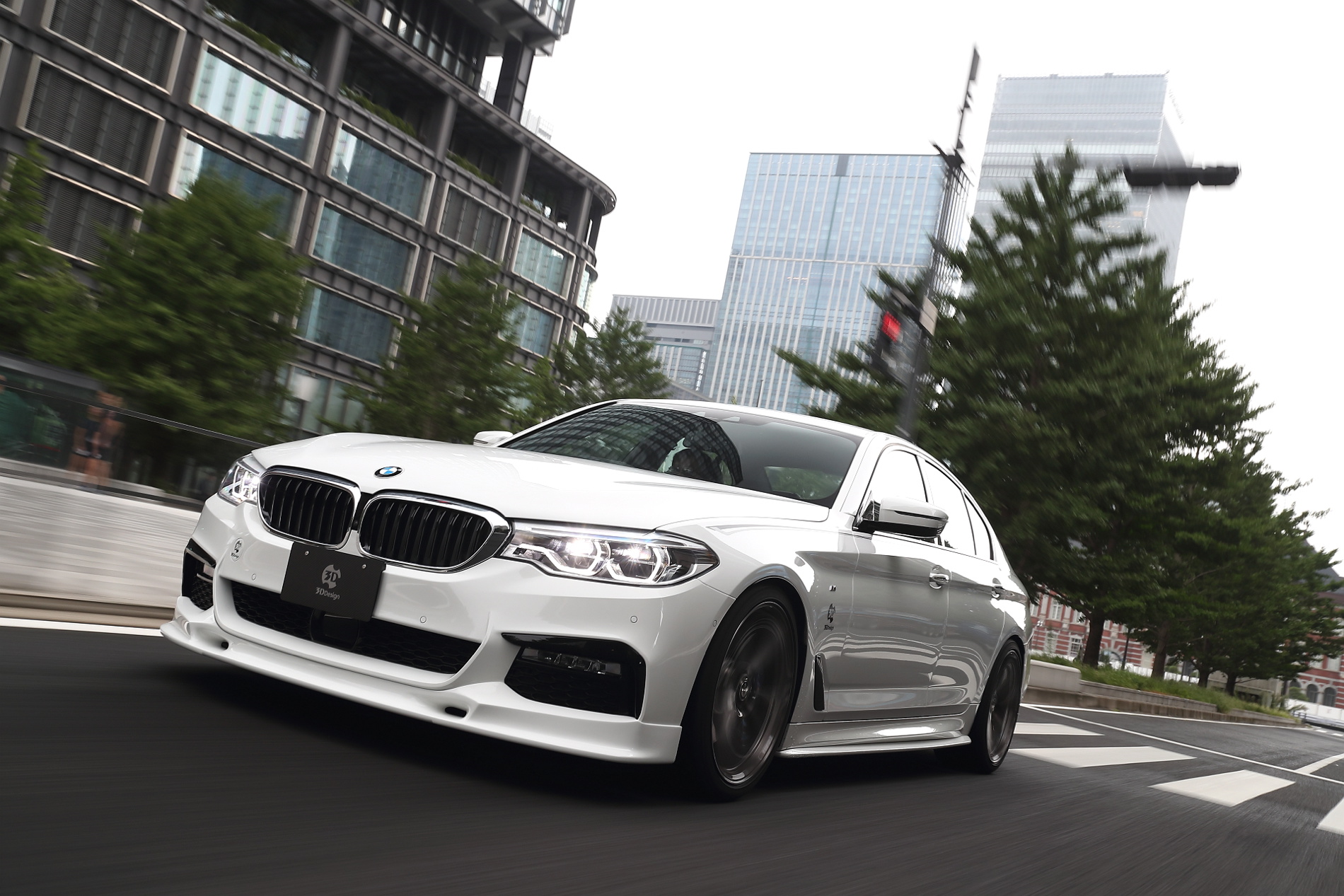 The new tuning program for the G30 BMW 5 Series by the 3D Design brings spoilers, side skirts and diffusers to the entire car, giving it a lower more aggressive stance. From the front, the new front lip spoiler adds some visual drama to the chin of the car, accentuating its air intakes and adding to new little ones. The side skirts on the side really make the 5er seem much lower than it is, allowing for that low look without ruining the cars ride. They’re basically just two little stripes of plastic that run underneath the M Sport ones but they add some style. 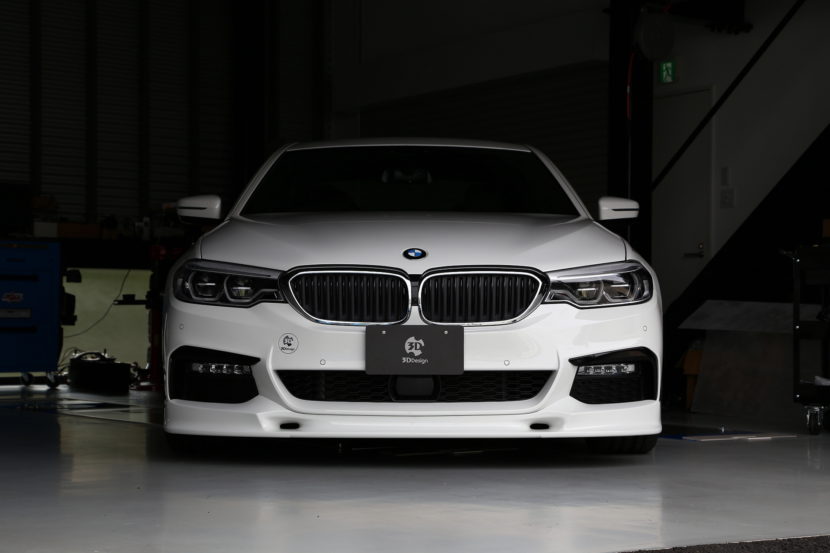 In the back, there is a large rear diffuser which works well to accentuate the already sport design of the M Sport 5 Series. It wraps around the bottom of the exhausts, making it look extra aggressive. The stainless steel quad exhausts added by 3D Design also help make it seem extra angry. It looks good, especially with the addition of the rear decklid spoiler.

All of these wings and spoilers and diffusers are made from high-quality materials, either high-strength urethane or GFRP (Glass Fiber Reinforced Plastic). They’re also all available on the BMW 523d, 530i and 540i. 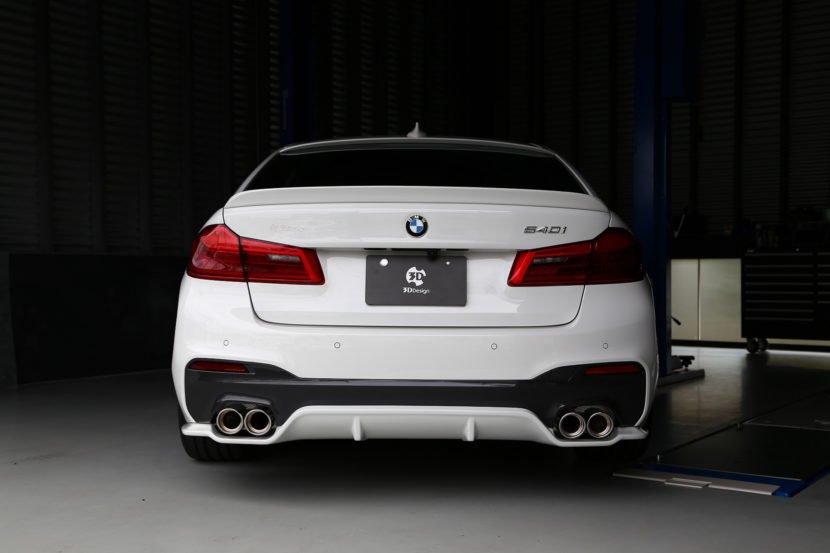 The tuning kit also includes new paddle shifters and 112pcd wheels, both of them still under development.

The video below gives us a better look at the program.