BMW and Audi have a long history of compete with each other. The two cars from BMW and Audi that so often compete with one another are the 3 Series and A4, respectively. However, the new Audi A4 is possibly the best iteration ever from the brand and the current BMW 3 Series is one of the worst from the brand. So what about putting the Audi A4 up against what many people consider to be the spiritual successor to the 3 Series, the BMW 2 Series?

In this new video from TFLC, they see which is fastest, the Audi A4 2.0T Quattro or the BMW 230i xDrive. Now, this test is a bit odd, considering the 230i xDrive is a two-door coupe and the A4 2.0T is a four-door sedan. Plus, the A4 is considerably bigger and heavier. However, both cars are quite similar in powertrain and drivetrain. Both cars have 2.0 liter turbocharged four-cylinder engines, automatic gearbox and all-wheel drive. The differences between the two are in the details. 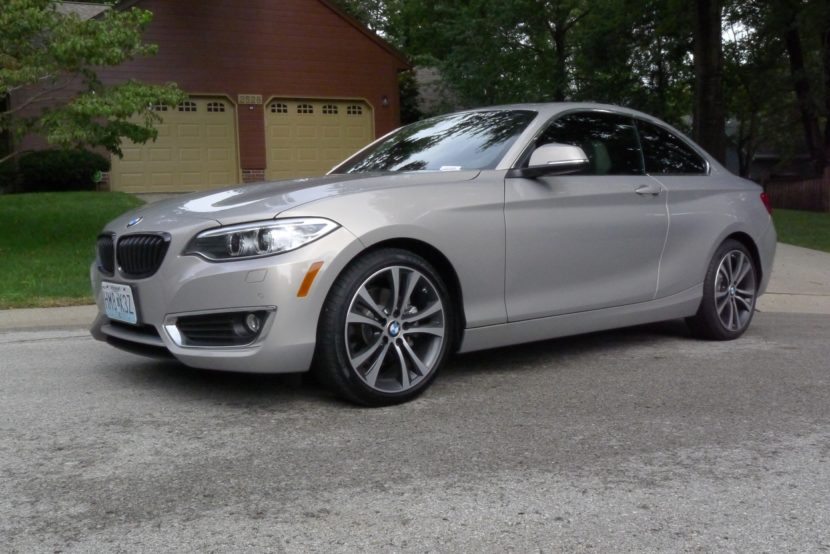 The Audi A4 makes 252 hp and 273 lb-ft of torque while the BMW 230i makes 248 hp and 258 lb-ft. The Audi has a seven-speed dual-clutch automatic and the BMW has an eight-speed torque-converter auto. While both cars are all-wheel drive, the Bimmer’s is rear-drive-based and the Audi’s is based off of front-wheel drive. So which will be faster at around a mile above sea-level, in Colorado?

While TFLC didn’t have the 230i xDrive on hand to compare directly, they recently tested it on the same track in the same weather conditions and recorded a 5.9 second 0-60 mph time. That’s pretty damned quick, considering that the claimed time isn’t much faster than that and this test was done at very high elevation. So the litter 2er did far better than expected. The best time they could get out of the Audi A4 was a 6.7 second 0-60 mph time, which is almost a full second slower, for you mathletes.

That’s pretty surprising that the Audi is that much slower, considering it has more power and a lot more torque, combined with a snappier gearbox. I think a lot of the difference came from the fact that the A4 doesn’t let you really brake-torque it and hold revs on a launch. Maybe there’s some sort of launch control they didn’t use but that seems to be part of the culprit in the Audi’s demise. Ultimately, though, TFLC was split on which car was better. Although, with the Audi A4 only costing a few thousand dollars more (as-tested), it seems like the better value, considering it comes with two extra doors, a bigger back seat and a more luxurious cabin.