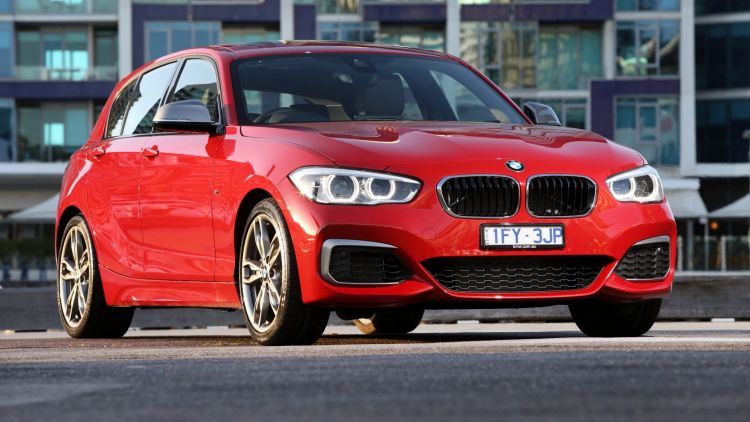 In the automotive world, the BMW M140i is a bit of a unicorn. It’s the only rear-wheel drive, six-cylinder hot hatch on the market and it can be had with a manual gearbox. It’s even quite practical and relatively affordable. What an idea. However, it isn’t the only hot hatch sold in Britain that is affordable, fun and usable. The all-new Honda Civic Type R is a superbly good car as well. So which one is better? Autocar finds out.

The BMW M140i seems to have a natural advantage of being much more powerful and rear-driven. So under its hood lies BMW’s B58 3.0 liter turbocharged I6 engine, making 335 hp. That engine is paired with an eight-speed auto in this test (a six-speed manual is available) and powers only its rears. That helps it get from 0-60 mph in just over 4 seconds and is seriously quick.

Though, it does have some disadvantages, namely its stiff suspension, a short wheelbase and lack of limited-slip differential. Over rough pavement, those first two cause the ride to be a bit too choppy and spiky, making it difficult to live with on British roads (It’d probably be fine here, in the ‘States). The lack of a limited-slip diff is the real issue, though, as it can get a bit sloppy through twisty stuff. It’s just never predictable, thanks to its open rear-diff. It could slide smoothly and controllably or one wheel could spin while the other doesn’t or it could snap oversteer and cause problems. It really needs an LSD, which can be had through BMW M Performance parts (plug!).

On the contrary, the Honda Civic Type R is the opposite. Despite not having the ideal layout for a performance car, being front-wheel drive and front-engined, it’s a hilariously good driver’s car. The steering is sharp, the chassis is responsive and communicative and the as-standard manual gearbox is a gem. It feels like a proper sports car.

It isn’t without its faults, obviously, as its suspension is just too stiff in anything other than comfort mode, where its throttle is too laggy. Also, its cabin is a bit low-rent for its price point and it looks a bit absurd.

Still, Autocar felt that the new Civic Type R is just so good to drive that it wins the test. That’s impressive.