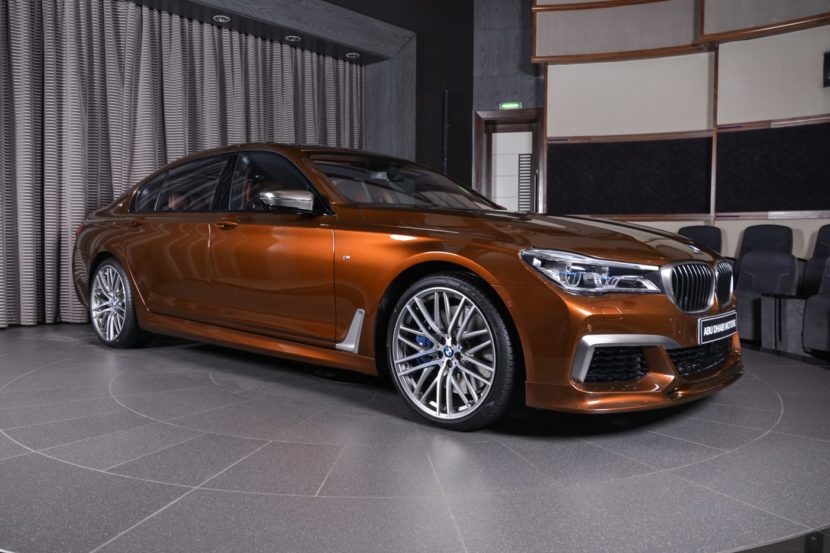 As we mentioned yesterday, owning a BMW M760Li xDrive does require a certain taste, especially when it comes to colors. If you ask us, only a certain set of hues befit the blazing fast 7er and Java Green isn’t one of them. However, the people over in Abu Dhabi surprised us today with yet another one of their sales, this time a Chestnut Bronze BMW M760Li xDrive that looks absolutely stunning.

We’ve seen this color before but applied to an ALPINA B7 Biturbo and it worked flawlessly in that configuration as well. This time, since the V12 stuck on the C-Pillar is so noticeable to the trained eye, it works even better. 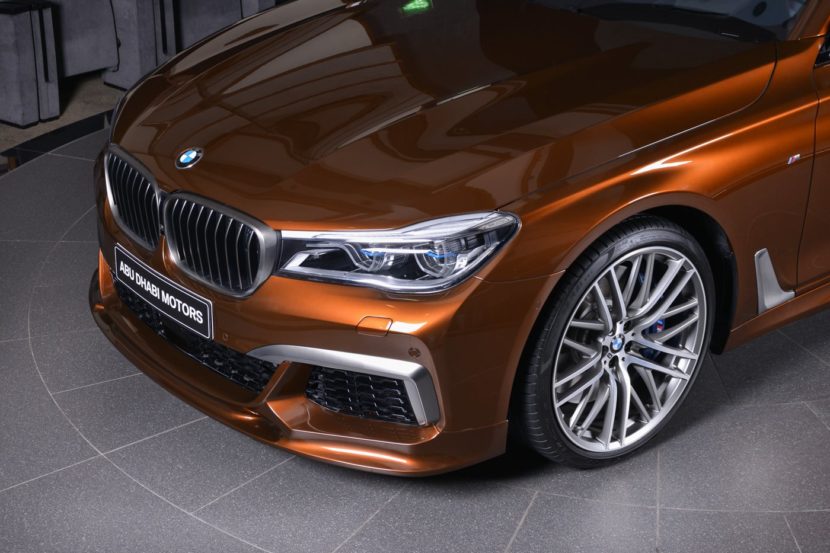 If you’re not completely enthralled by the color choice you’ll probably also notice that the front bumper looks different than it normally should. That’s because it was enhanced with a 3D Design lip that was also painted in the bespoke finish. Round the back, the boot gained an ALPINA spoiler as well, to add a bit of downforce at higher speeds. Speaking of which, just how fast could the M760Li go?

Well, considering the ALPINA B7 Biturbo has the same amount of power and torque and can reach speeds up to 330 km/h (205 mph), we’re guessing that would be an achievable figure. Unfortunately though, the M760Li is electronically limited to a top speed of 250 km/h (155 mph) but if you’re really interested in going faster, we’re sure some tuner out there can remove this limitation if you happen to own such a beast.