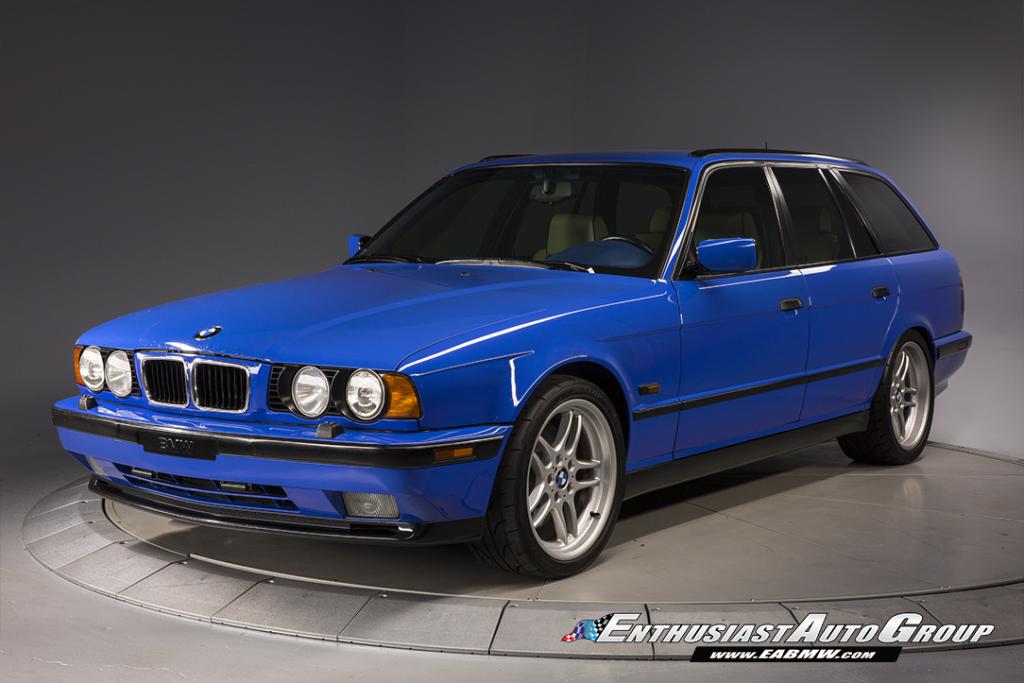 Of all the generations of BMW M5, the least-loved is probably the E34-gen. Its predecessor, the E28, is the original M5 so is therefor enshrined in the BMW Hall-of-Fame. The E39-generation to come after the E34 is largely considered to be the best M5 of all time. Its successor, the E60-generation, had a screaming V10 that launched it into cult status among BMW enthusiasts. And the most recent M5, the F10-generation was the fastest of all time. The E34-gen doesn’t really have a claim to fame, so to speak, and is sort of forgotten in time. However, it did introduce the wagon body style. E34 M5 Tourings looked great and are now fetching big money. This specific Santorini Blue E34 BMW M5 Touring is currently on sale for eye-watering money — $129,990

To be fair, this is a pretty special M5. Being a 1995 model year, the last of its kind, it received all of the E34 M5 goodies. So it came with the bigger 3.8 liter I6 engine, a six-speed manual and even the Nurburgring EDC (Electronic Damper Control) suspension, which was incredibly impressive for its time. This specific car was also painted in the very rare Santorini Blue with Lotus White Nappa leather interior, which also had Santorini Blue highlights inside. While I’m not really a fan of those blue contrast bits on the interior, personally, it’s a pretty cool color combination. 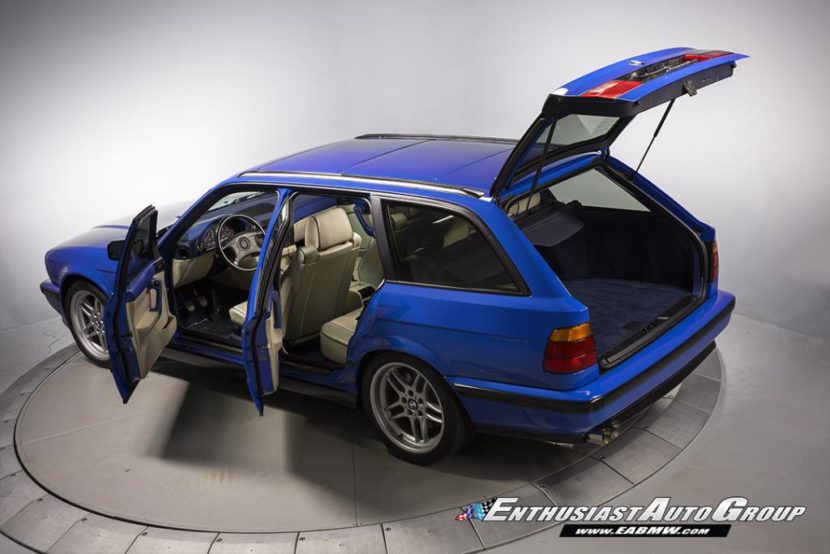 It’s currently being sold by EAG (Enthusiast Auto Group) and has been quite comprehensively restored. EAG performed an extensive engine out service, which included “all engine bearings, timing chain replacement with guides, complete engine gasket set, cylinder head refresh, water pump, coolant hoses, spark plugs, clutch kit, flywheel and all associated components.” So, a lot. If that was the end of the work and the car was just fully restored, we can sort of see why it’d be fetching a price tag of $130k. However, it’s mileage is less than ideal and it’s had some modifications done to it.

With 96,000 miles, this car isn’t exactly fresh. While that’s not bad at all for a car that’s 22 years old, it sort of makes that price tag seem a big extreme. The car has also had some extensive modifications by EAG. According to EAG, it’s received “Schrick 280 Camshafts, Mark DSylva Performance Chip with Dyno Tune, Center X-Pipe with Eisenmann Race Muffler, Autosolutions Shift Kit, 3:64 Limited Slip Differential and Escort ZR4 Laser Shifter”. That’s enough to change the entire character of the car, with new cams, a tune, a new differential and shift kit. Not that it’s worse, it’s probably more fun to drive, but that sort of ruins its originality. 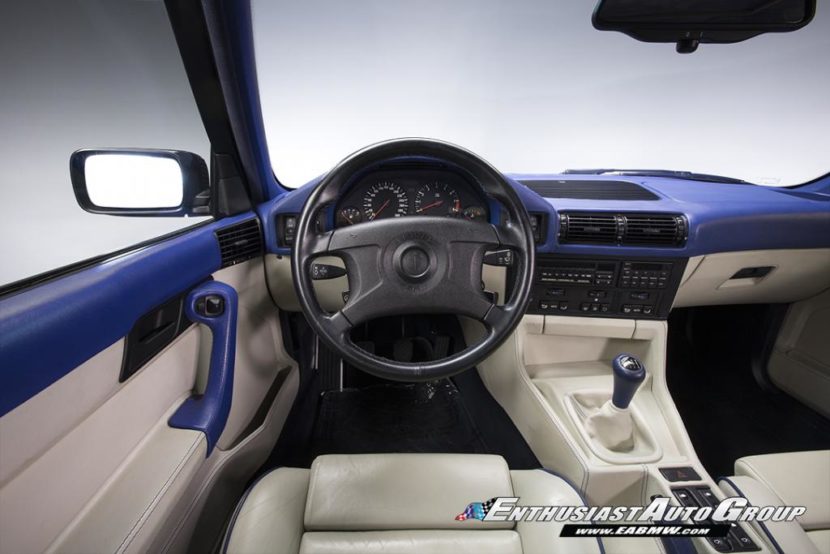 This is an awesome car, no doubt. It’s a car that many BMW fans would love to have in their garage. However, it lacks originality and has too high of mileage to warrant that sky-high asking price. For that money, you can buy the brand-new F90-gen M5 when it comes out and take your family on a European vacation.