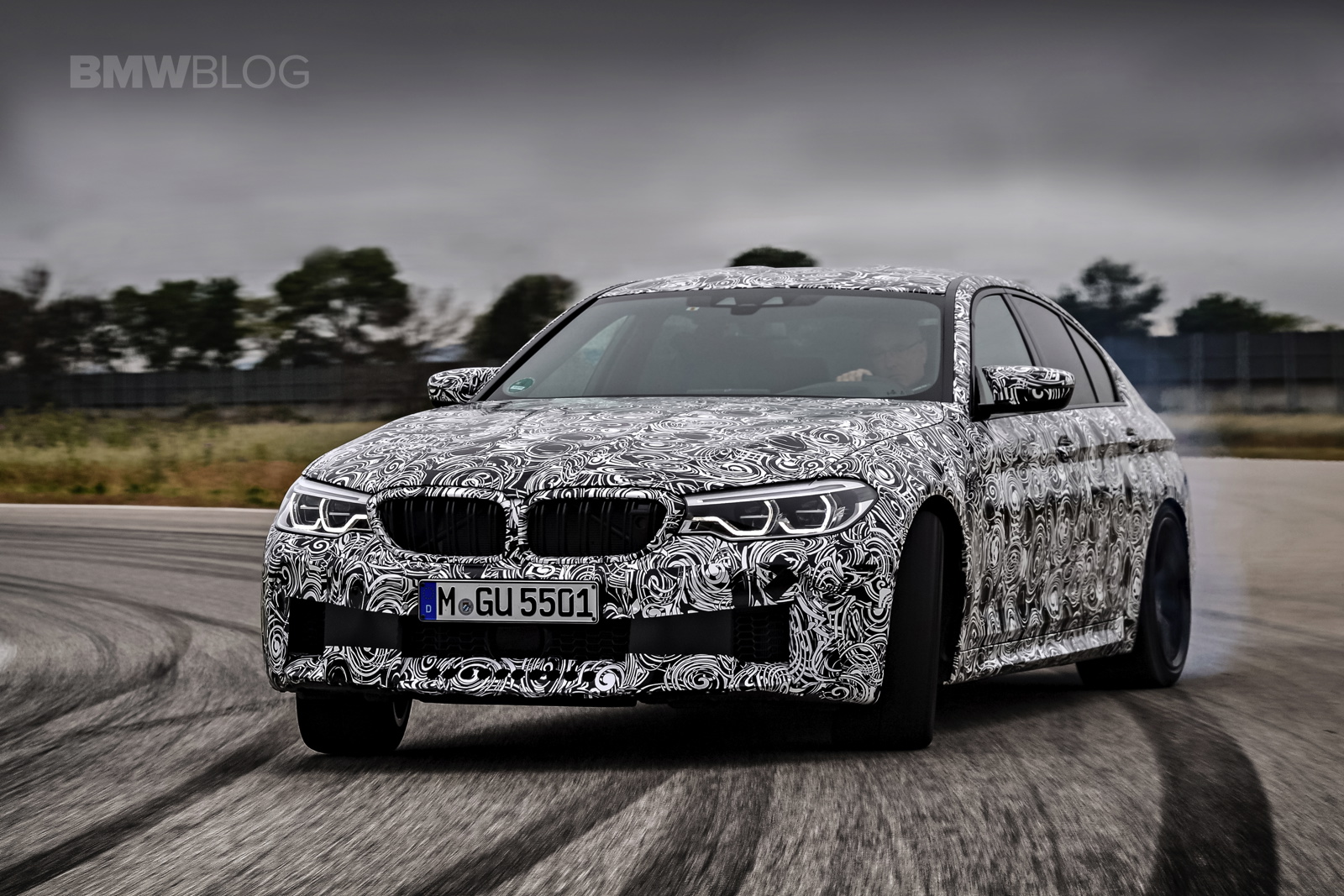 There’s a ton of excitement surrounding the upcoming F90-generation BMW M5. The newest entry to the brand’s longest running M nameplate is easily one of the most exciting and controversial in nameplate’s history. As the first BMW M5 to ever feature all-wheel drive, there were originally a lot of fans that were skeptical. That was until we all found out that the all-wheel drive could switch to rear-wheel drive at the push of a button. What really got people going, though, was the word of over 600 hp and the title of the fastest accelerating BMW of all time. So when BMW releases a teaser video of the new M5, we’re all naturally excited.

In this new teaser video that BMW posted on Twitter, we see an M5 storming through the desert, way off in the distance. We get to hear a very short bit of its exhaust and see a fleeting glimpse of its front wheel, brake caliper and even a bit of its face. If you have the reflexes to pause the video quick enough, you can see a Kidney Grille and headlight. Though, BMW was clever enough to post a very low resolution video on Twitter, so that even if we pause, there’s not much we can make out. It’s quite blurry.

Limits can be exceeded. The all-new BMW M5 is living proof. Stay tuned to find out more on August 21st. https://t.co/GyEm114uRj pic.twitter.com/On12KnegWh

Still, though, it’s enough to get us hyped about this upcoming M5. Under the hood and behind that long Kidney Grille we see lies a 4.4 liter twin-turbocharged V8 that makes over 600 hp and probably around the same amount of torque. With power being sent through an eight-speed auto and to all four wheels, it’s said the new M5 will accelerate from 0-60 mph in around 3.2 – 3.3 seconds. That would make it the fastest BMW of all time.

That four-wheel drive system can be switched to “4WD Sport”, which sends most of the power to the rear wheels and will allow for a lot of slidey fun, or even “2WD” and cut the front axle off altogether. Unlike some “Drift Mode” systems of other cars, that front axle stays off until you reengage it. So if you want your M5 to be rear-wheel drive, you can have that at any and all times.

The best part of this teaser, though? The date. In the Tweet, BMW says we’ll see the new BMW M5 on August 21, which is just a week away from today. So get amped, people.