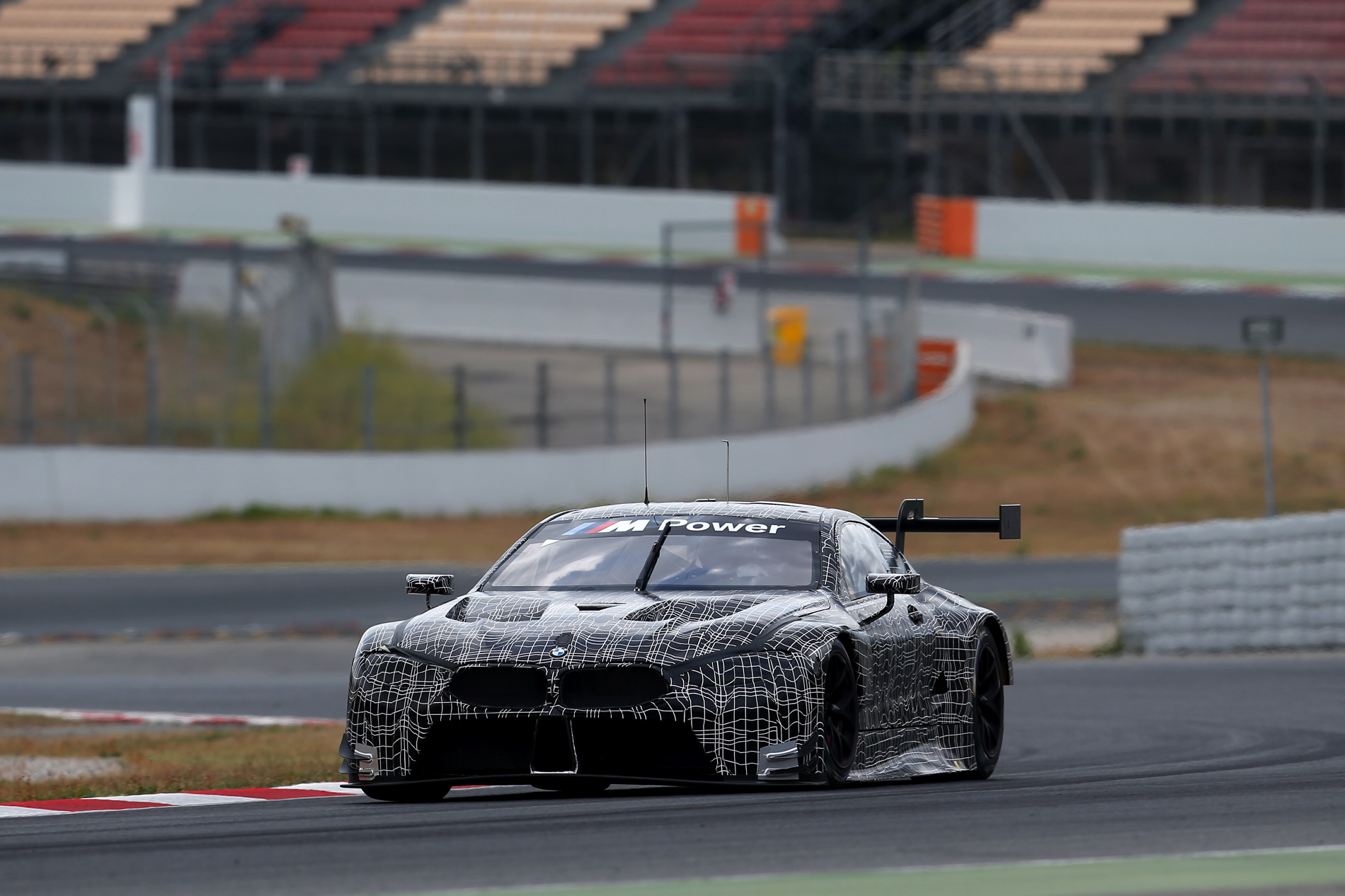 Last week, BMW Motorsport continued its test and development program with the new BMW M8 GTE at “Circuit de Catalunya”, near Barcelona (ESP). Martin Tomczyk (GER), Nick Catsburg (NED), Bruno Spengler (CAN) and Philipp Eng (AUT) alternated at the wheel of the GT racing car, which will start in both the FIA World Endurance Championship (WEC) and the IMSA WeatherTech SportsCar Championship in 2018.

The M8 GTE is low and sleek, with aggressively flared rear haunches and the massive air breather from the concept. The hood is long and the deck is short, as a proper GT car should be. While its size might not be perfectly ideal for WEC racing, BMW did okay with the M6 GTLM. The M8 GTE should be lighter, sharper and better in every way. 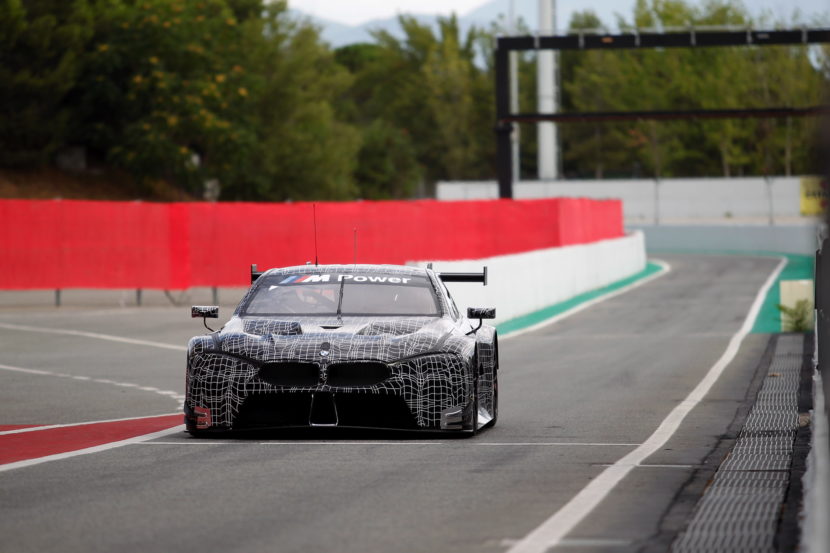 The M8 GTE will use a 4.0 liter twin-turbo V8, but Marquardt said the M8 GTE engine is “a lot further away” from the largely stock 4.4-liter powerplant used in the M6 GT3 and GTLM cars, which shares nearly 95 percent of the same engine components with the production car. The GTE engine, however, is roughly 60-70 percent production-based and that there’s still some “very strong lessons” that can be carried over from the last two years of racing the M6.

The new racing car is slated to be introduced in January 2018 for the Rolex 24 at Daytona. 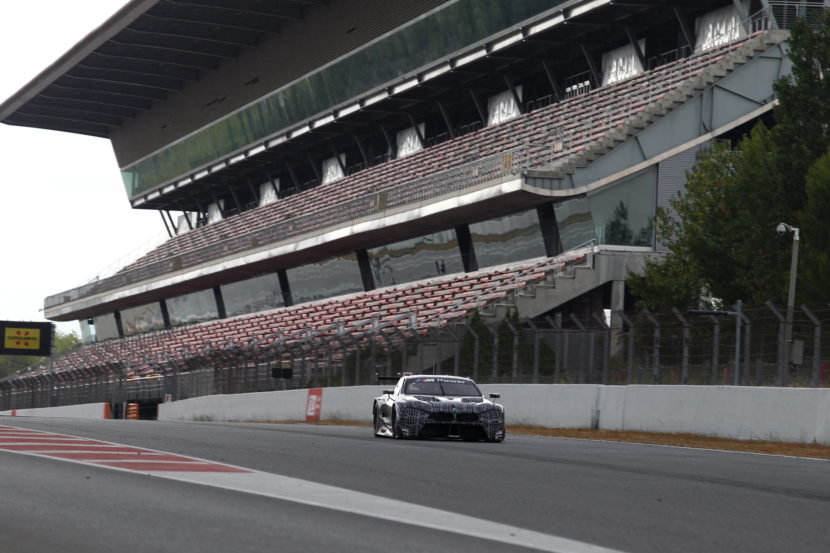