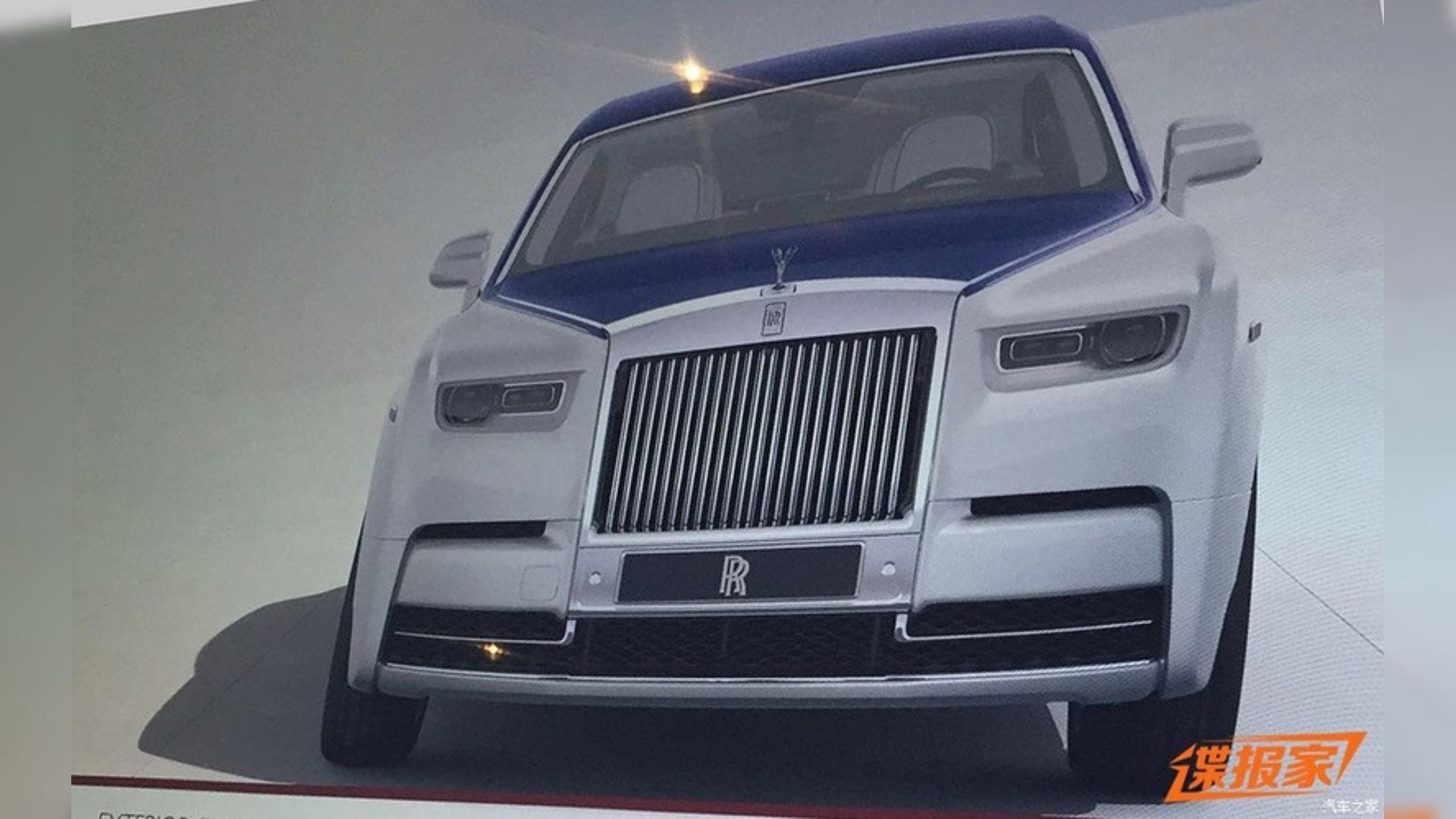 Update: BMWBLOG is working on putting together the high-res photos of the car which is due to be unveiled July 27th, 4PM EST. We’ve seen the official images of the car and unfortunately those leaked images/renderings do not properly highlight the beauty of the new Phantom. The front-end is extremely imposing, with a recessed grille and curvy lines which denote an extremely luxurious Phantom.

On a Chinese website, days before the official presentation, blurred photos of the new Rolls-Royce Phantom have appeared. The three leaked pictures convey a first impression of what the solvent clientele expects to receive in mid-2018. Traditionalists can breathe a sigh of relief: as the first photos suggest, the designers stick to the existing lines and rely on targeted modernization.

At the front, the massive, almost square grille dominates, coupled with significantly narrower full-LED headlights in the style of the smaller series, which make the 2018 Rolls-Royce Phantom still wider than the rest of the family. 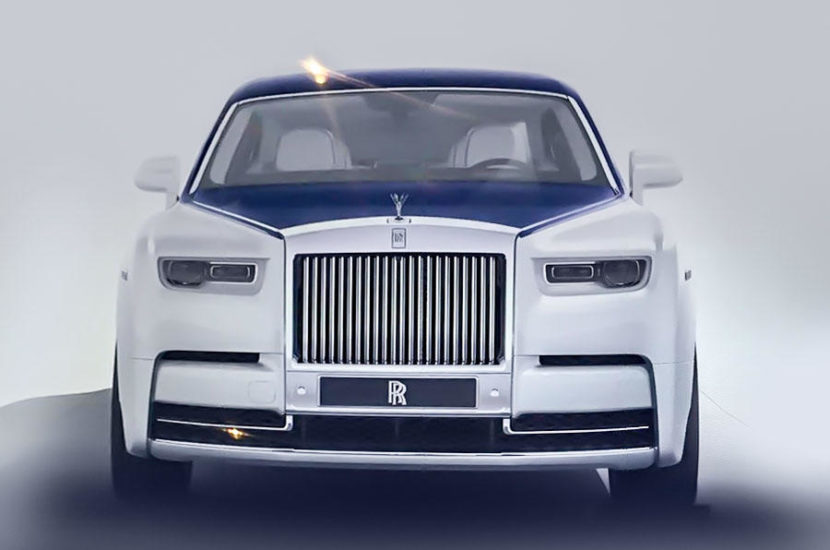 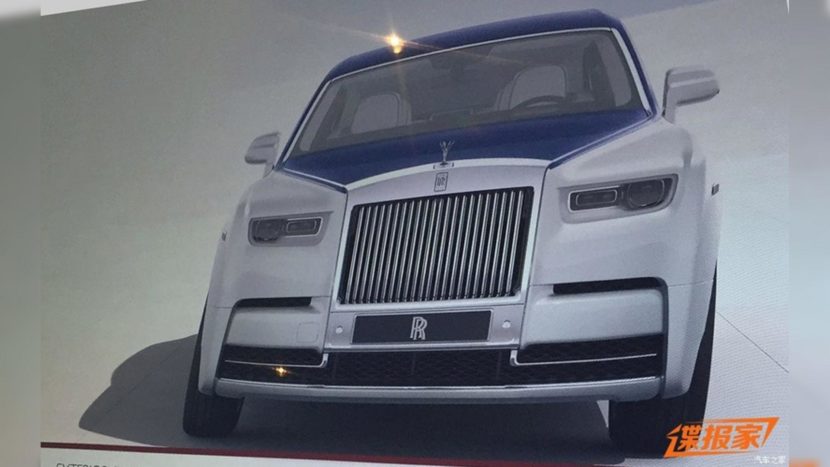 Even if the evolutionary car body design suggests something else, the new top-roll was developed from the ground up. The platform of the BMW 7er is not the basis, but rather a new, brand-specific aluminum spaceframe architecture, which will be also used for the SUV Rolls-Royce Cullinan at the end of next year. 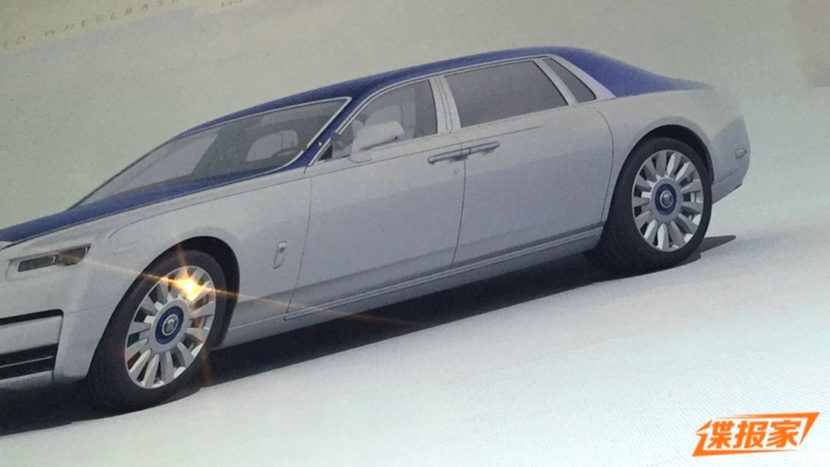 The Rolls-Royce Phantom EWB is also available for market launch alongside the “5.85-meter” short version. The leg clearance in the rear with doors that are traditionally opening in opposite directions satisfies the highest demands in both variants – as does the drive, which is excluded from the general downsizing and electrification trend. Behind the “Spirit of Ecstasy” works a TwinTurbo-V12 with 6.6 liters displacement, which should send as a result more than 600 HP to the rear wheels. 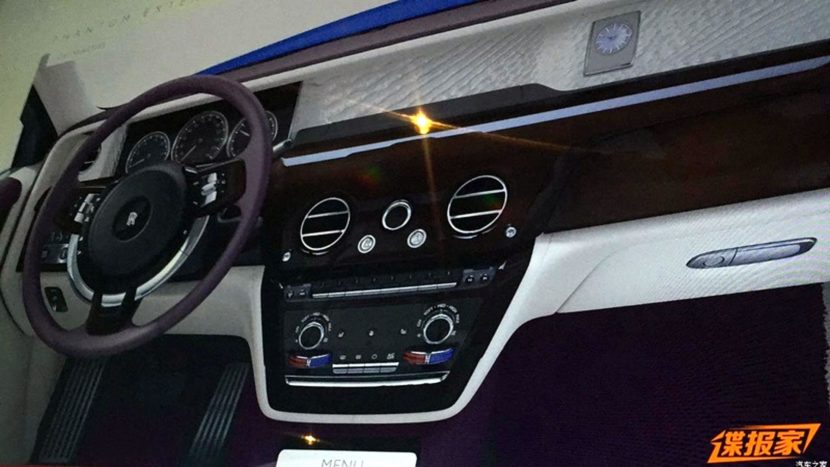 The dashboard of the 2018 Rolls-Royce Phantom can also be seen on a likewise leaked interior picture. Beside the fine leather, real metal and noble woods, along with infotainment technology from the company’s parent BMW, can be seen. In addition to the iDrive, hidden under cover, the new Phantom will adapt various comfort features and driver assistance systems from the 7 Series.

A first personal look at the new Über-Rolls is scheduled for the Frankfurt Auto Show in September.

5 responses to “Leaked: First pictures of the new Rolls-Royce Phantom”