The biggest in-house rivalry that BMW has to deal with is probably the E36 M3 vs E46 M3 duel that has been taking up considerable amounts of time from enthusiasts over the years, arguing both on and offline about which is best. And while I would be bias towards the E46 as a former owner, a lot of you might probably disagree with me. Both cars are brilliant at what they do and they are closer related than you may think.

In the video below, we have a record-setting BMW E36 M3 chasing a BMW E46 M3 on, what else but, the Nurburgring. The two drivers are friends, according to the video description, and they seem to be extremely familiar with the layout of the famous German track. As a matter of fact, we wrote about the man behind the wheel of the chasing E36 M3 a while back when he surprised us with a blazing fast lap time of the BTG portion of the Ring. Therefore, we know what he’s capable of. 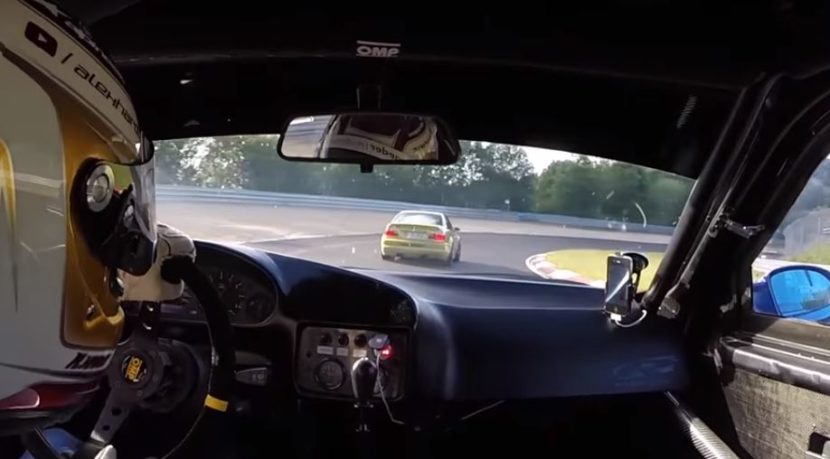 That said, the E46 M3 driver isn’t that shabby either, showing great skill at handling the M car around the corners of the Green Hell. Furthermore, we need to keep in mind that leading is always harder on a track than chasing. Even so, the 7:33 lap time set by the guys is not bad at all, especially considering that they had to do it all during a Touristenfahrten day, with traffic covering most of the track.

As for the two cars, we know that the E36 has been modified. The car managed to post a 7:25 lap time on the BTG and that’s a sort of unofficial record right now. The car’s interior has been stripped and a couple of changes were done to it to make it more track capable, as you can see in the video.