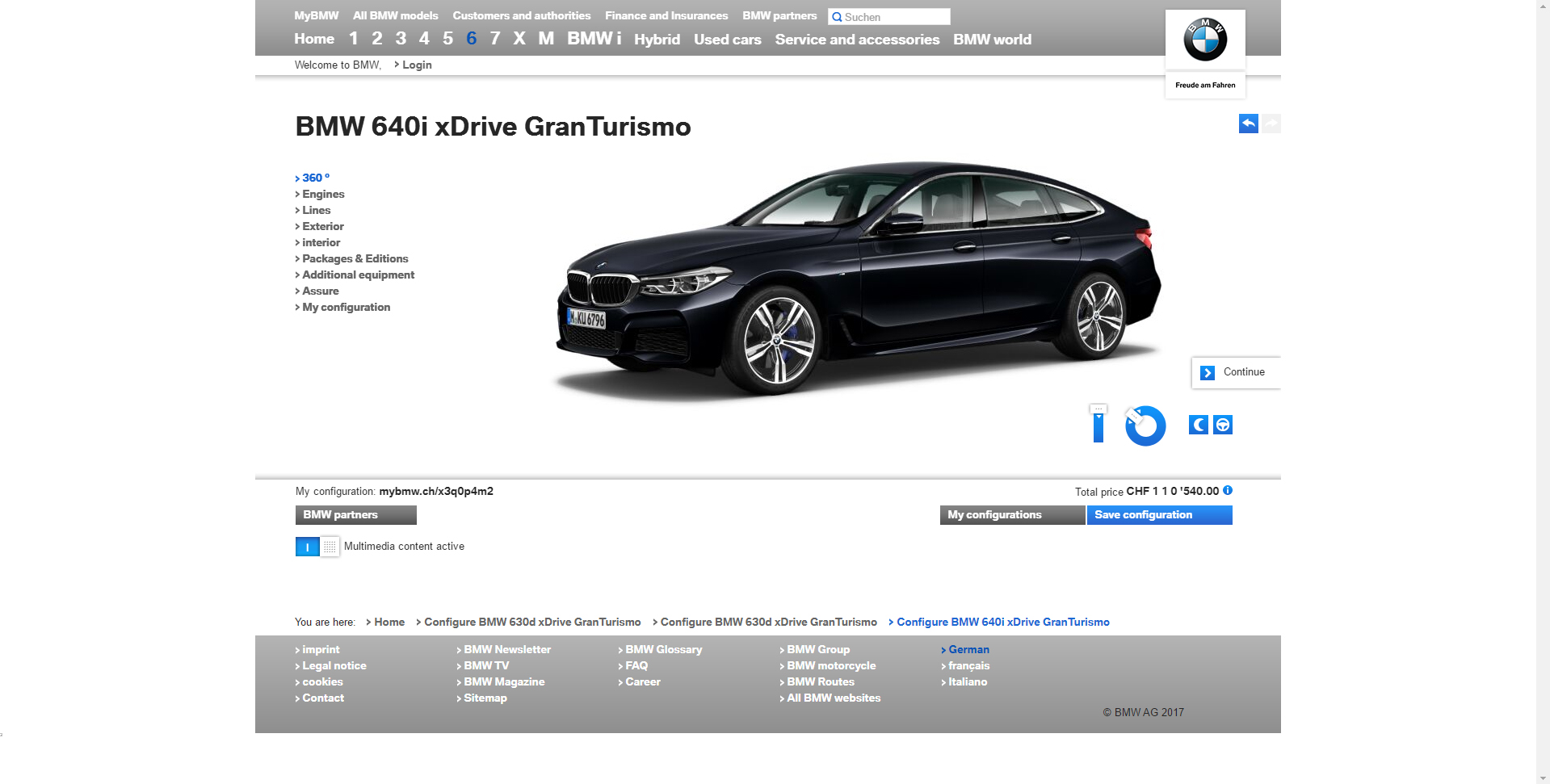 For those of you that are chomping at the bit to configure your very own BMW 6 Series Gran Turismo ahead of its release date, two things: Your beer goggles are impressive and you’re now in luck. The first bit was a joke of course and the second bit is because the 6 Series GT’s online configurator is now live on BMW’s German site.

While we might make fun of the 6 Series Gran Turismo, we do realize that there are a lot of people who do like BMW’s GT cars. Maybe not for their looks but for their practicality and usability. So all jokes aside, we get the purpose of the car. And if the the purpose of the 6 Series GT fits your lifestyle, it makes sense to buy. If that’s the case for you, go to BMW’s German site and check out the configurator for the new 6er GT. 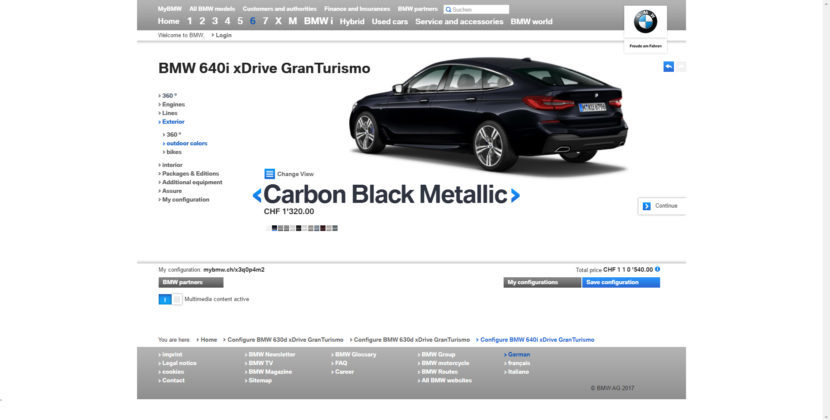 I did my own configuration of it, of course, and played around with the little before/after slider and the 360 degree view. And while I still, personally, don’t like it, there are many different options and variations to choose from. I started out with a 640i xDrive Gran Turismo variant because powerrrrr. Then I added the M Sport package and cooler wheels, carbon black paint and brushed aluminum trim. So with all of the sporty bits, it doesn’t look too bad. Still a bit Quasimodo-ish, though.

The interior is where people will fall in love with their 6er GT, though. While it’s very similar to the 5 Series, and sadly loses that lovely cascading waterfall trim of the previous 6 Series, it’s very luxurious and very high-end looking. It’s disappointing that the new 6 Series Gran Turismo gains pretty much the exact same cabin as the 5 Series, not because it’s bad but because the previous 6er’s cabin was one of the only BMW cabins to differentiate itself from the pack. Now, it’s basically the same as the other high-end Bimmers on the inside. While still beautiful and extremely luxurious, it’s just missing that specialness. I doubt any customers will care while carrying their families around in serene luxury and comfort, but still. 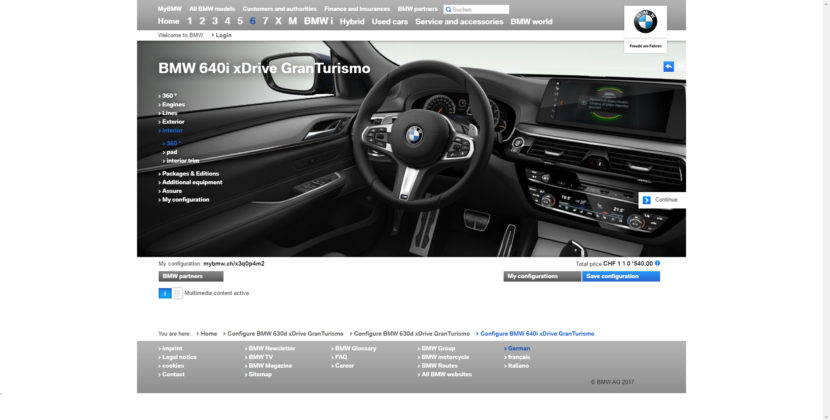 If you’re interested in BMW’s newest Gran Turismo, then head on over and configure one for yourself so you know exactly what you want when it finally debuts near you.