Listen to the BMW M8 exhaust, try and figure out the engine

Home » Models » 8 Series » Listen to the BMW M8 exhaust, try and figure out the engine 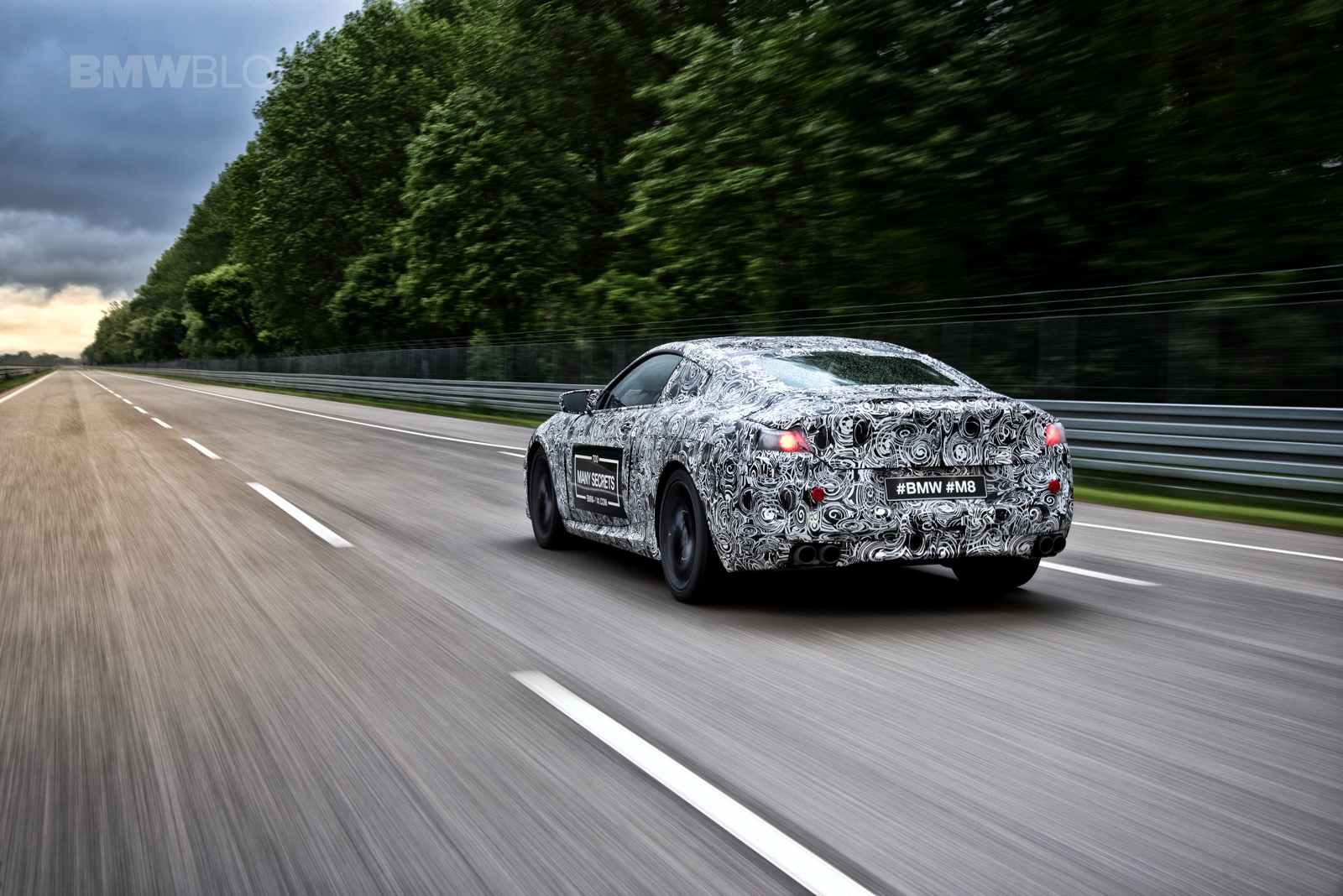 Okay, so we’ve officially seen the BMW M8 prototype in the camouflaged flesh. BMW enthusiasts have been waiting decades for such a vehicle to materialize and now it’s here. To quote a movie I’ve seen the commercial of too many times, it’s very, very exciting. So now that it’s here, there are going to be endless fans analyzing the most minute of details to try and figure out what’s underneath.

At its premiere, some attendees caught a glimpse of its exhaust note. We don’t know what lies under the hood, as BMW hasn’t released any official information. But that isn’t going to stop anyone from speculating.

In this short clip, we hear an incredibly deep growl and bark. There’s little of the typical high-revving BMW rasp we’re used to. I’ve heard and read some people comparing its sound to that of an AMG V8. That comparison seems pretty spot-on to me, as it doesn’t have that racy sound of a BMW V8 and doesn’t sound much like the F90 M5.

Admittedly, this could just be a pre-production exhaust and not what the final car sounds like. Or, it could be a completely new engine for BMW M, based on a new family of engines. We don’t think it’s anything larger than a V8. While there are some rumors of a V12, it’s not like BMW M to put such a heavy engine in the front of a car.

So we’re thinking some sort of V8, whether or not it’s the S63. But I’ll leave it to you to discuss. What do you think is under the hood of BMW’s latest performance car?