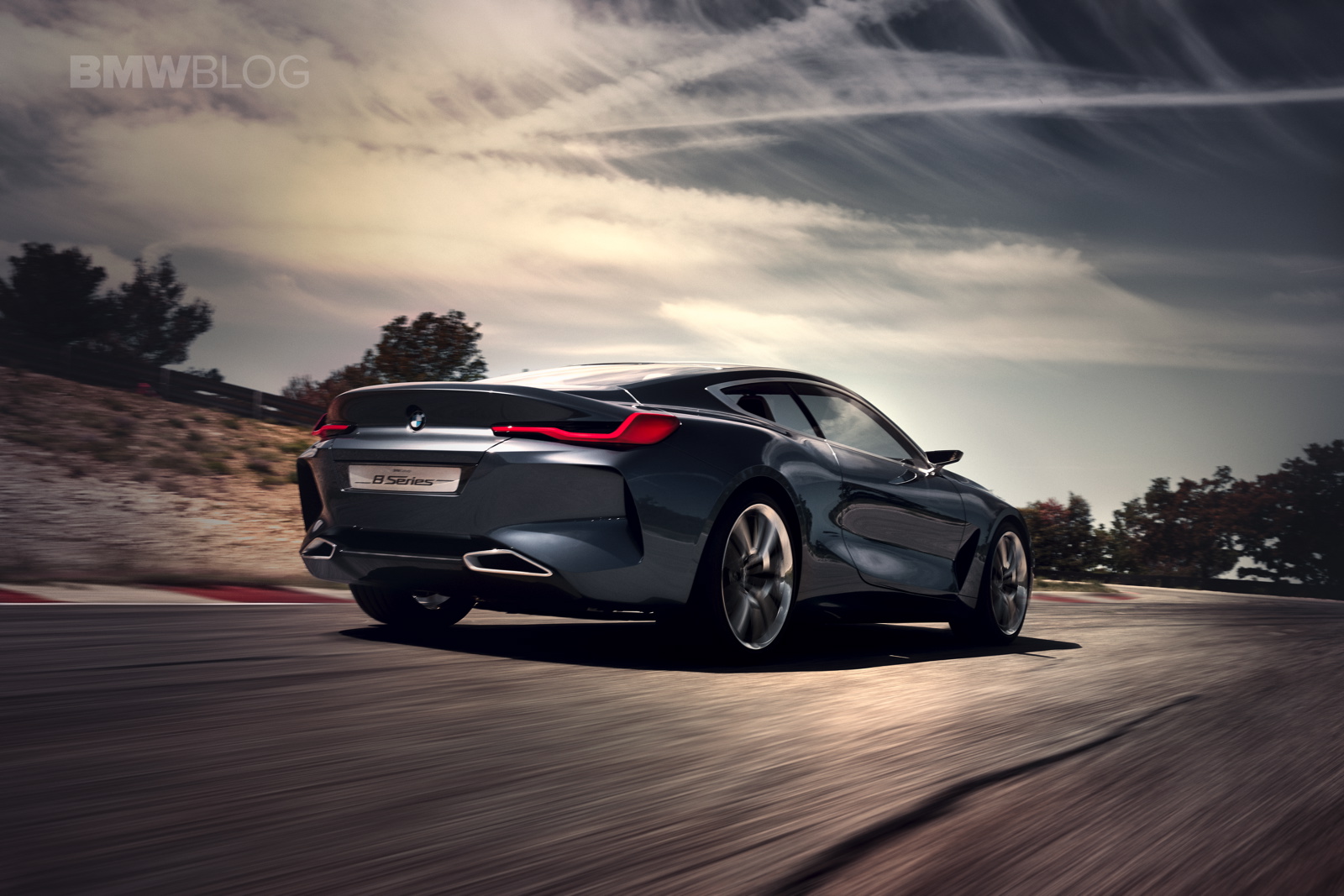 BMW is using this year’s Concorso d’Eleganza Villa d’Este to unveil the BMW Concept 8 Series, the rebirth of an icon and the successor of the current 6 Series family. The study car will serve as a taster of a forthcoming BMW model – the new BMW 8 Series Coupe, slated for launch in 2018 and part of the biggest model offensive in the company’s history.

“The forthcoming BMW 8 Series Coupe will demonstrate that razor-sharp dynamics and modern luxury can go hand-in-hand,” says BMW CEO Harald Krueger. “This will be the next model in the expansion of our luxury-car offering and will raise the benchmark for coupes in the segment. In the process, we will strengthen our claim to leadership in the luxury class.” 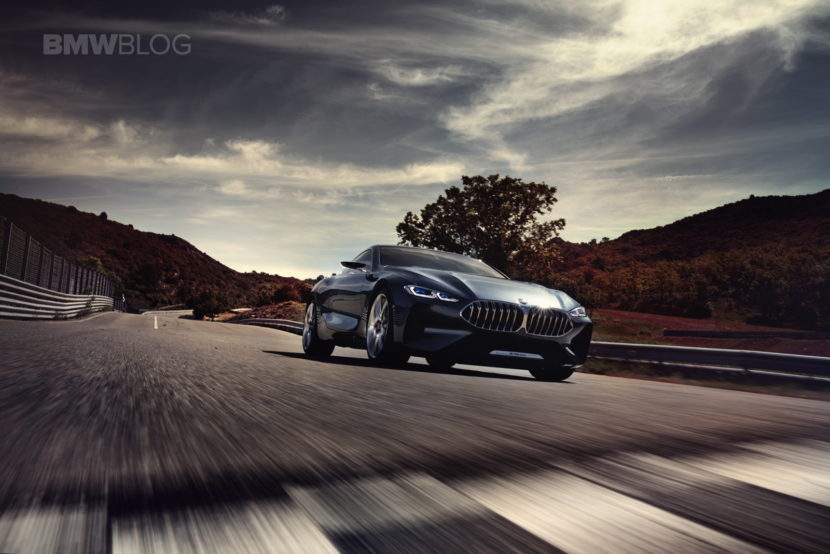 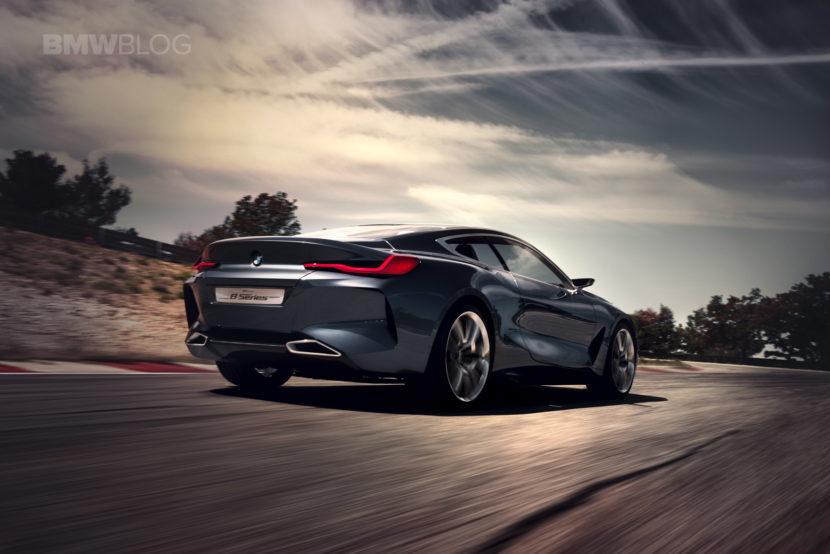 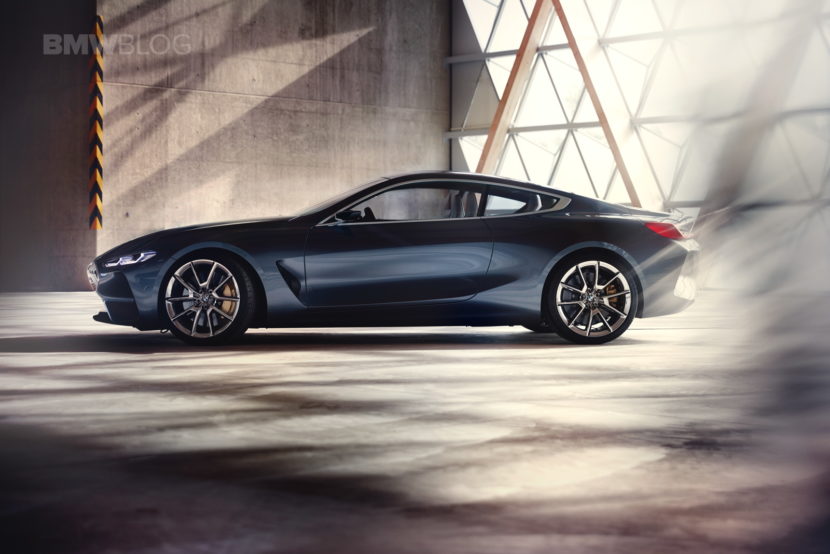 At the front, the new Concept 8 Series stands out with its nose plunge down toward the road more aggressively than any other BMW. That nose also features massive kidney grilles that, thankfully, don’t blend into the incredibly squinty and angry headlights. The hood is also sharply creased and the front air intakes are simply enormous.

It’s in profile and from the rear three-quarters that this concept looks best, though, which is ironic because that’s also where the original 8 Series looked its best. 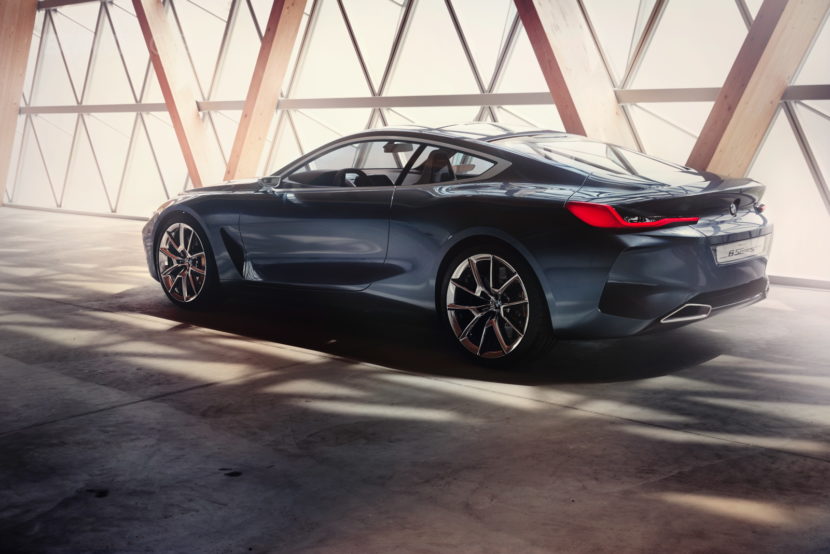 From the rear, the BMW 8 Series Concept looks as subtle and elegant as the original. The taillights feature BMW’s signature “L” design with a bit of funk to them and the rear deck is sculpted nicely.

Inside, the cabin is design to be more of a cockpit than a luxurious throne room. The new steering wheel features three hand-polished aluminum spokes with the rim wrapped in alcantara and red shift paddles. The center console also flows upward to house the iDrive screen, which looks like it could be production ready right now. The flowing carbon fiber, aluminum and piano black trim all look great. 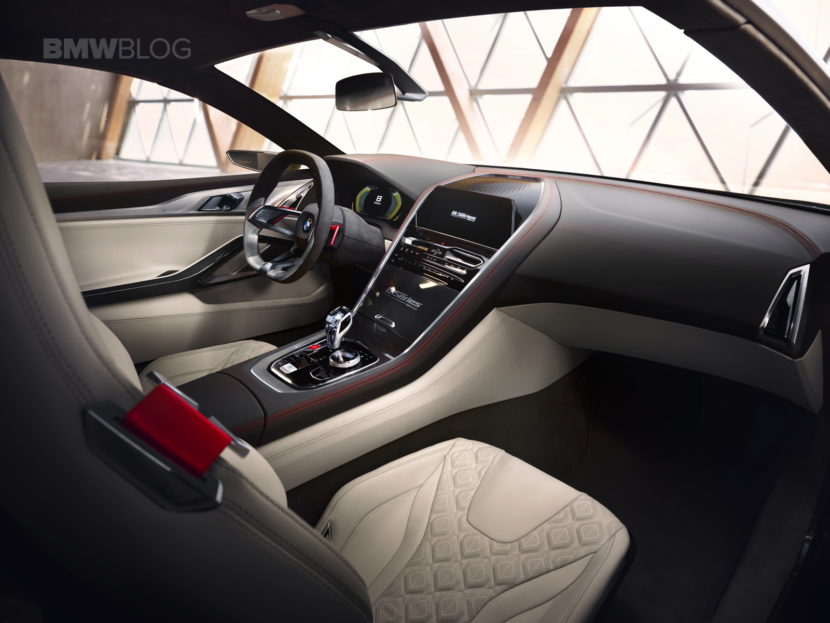 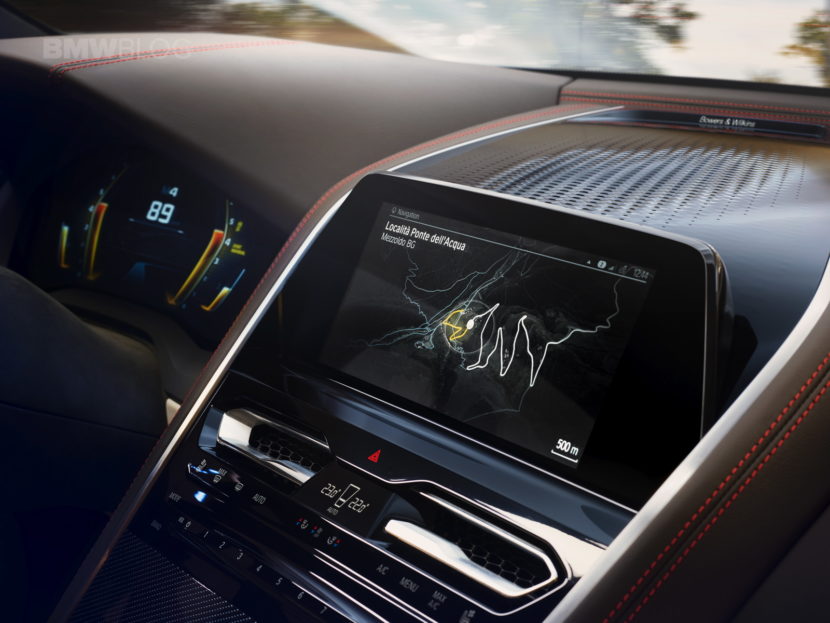 To highlight all those design cues, BMW has unveiled two videos of the Concept 8 Series: