Lausitzring : Martin and Wittmann in the points for BMW DTM

Home » Lausitzring : Martin and Wittmann in the points for BMW DTM 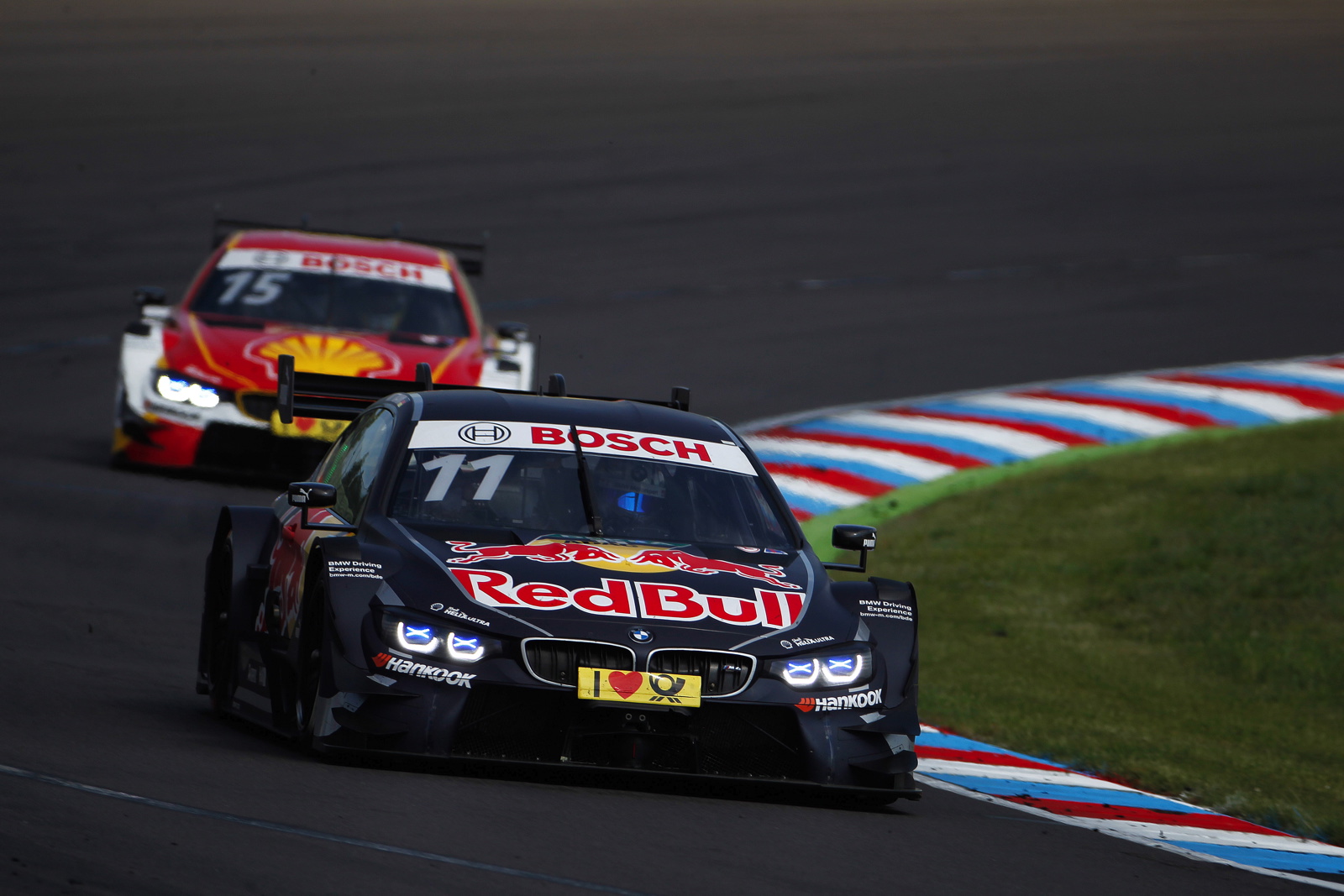 At the Lausitzring (GER), Maxime Martin (BEL) completed his 50th DTM race – and the 70th race for BMW Motorsport since the 2012 comeback – in eighth place. One day after his fourth-place finish in the third race of the season, he claimed four more points for the Drivers’ Championship on Sunday in his SAMSUNG BMW M4 DTM. DTM champion Marco Wittmann (GER) marked his 60th DTM start by finishing ninth in the Red Bull BMW M4 DTM. Tom Blomqvist (GBR) had performed well in qualifying to start from second place in the BMW Driving Experience M4 DTM but received a five-second pit-stop penalty after a jump start and dropped out of the points. A total of 67,500 spectators attended the Motorsport Festival in the Lausitz region .


Tom Blomqvist just missed out on the second pole position of his DTM career. He recorded a time of 1:16.323 minutes in his BMW Driving Experience M4 DTM to lead the standings until just before the end of the session, when Robert Wickens (CAN, Mercedes) bettered his performance. However, second place on the grid is the best result of the season for Blomqvist and he was rewarded with two points in the Drivers’ Championship. After finishing fourth in Saturday’s race, Maxime Martin also performed well on Sunday, qualifying in fifth position in his SAMSUNG BMW M4 DTM. Augusto Farfus (BRA, Shell BMW M4 DTM) and Marco Wittmann also made it into the top 10, claiming ninth and tenth places respectively. Bruno Spengler (CAN, BMW Bank M4 DTM) and Timo Glock (GER, DEUTSCHE POST BMW M4 DTM) were close behind in twelfth and 13th positions. 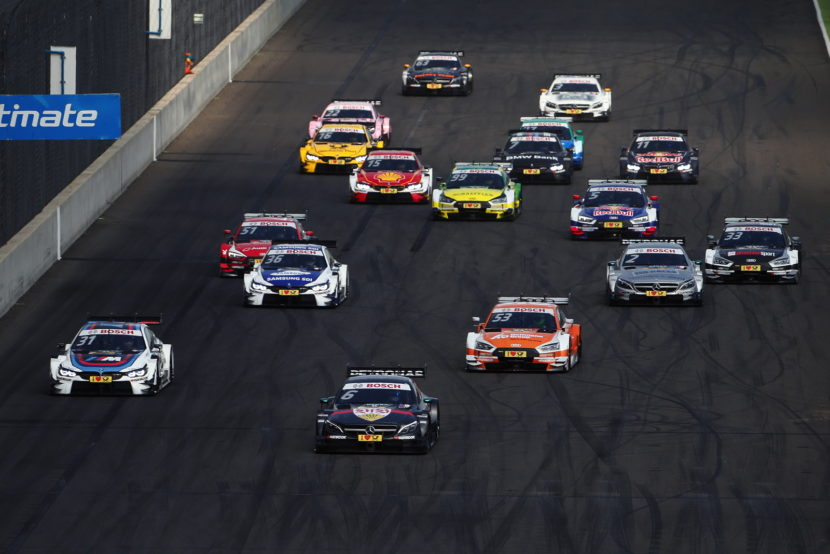 Tom Blomqvist started from the front row and was able to defend his second place in the early stages. However, he was punished for a jump start with a five-second pit-stop penalty that dropped him out of the points and couldn’t progress further than 17th place. The race went better for Maxime Martin, who scored more points in the Drivers’ Championship by finishing eighth. Marco Wittmann also made it into the top ten, finishing ninth after a late pit stop. Augusto Farfus, Timo Glock and Bruno Spengler crossed the line in 14th, 15th and 16th positions. 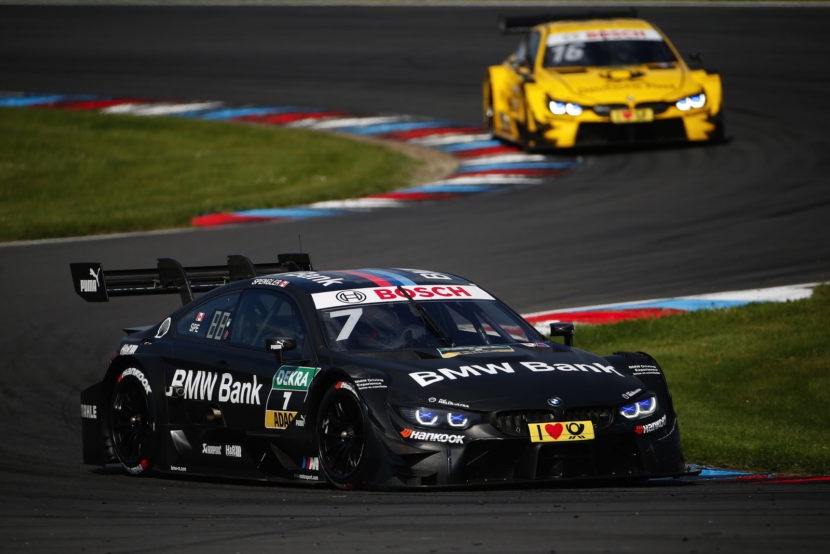 BMW Motorsport Director Jens Marquardt: “Sunday’s race was also a tough one for us here at the Lausitzring. Of course, finishing with our best-placed cars in eighth and ninth positions is not the result we were hoping for. It was unfortunate that Tom made the jump start, even if it was very tight and that influenced the outcome of the race but we have to take a close look at the race as a whole and examine our strategy. It went well for Marco and he was able to maintain the pace. It could be that we called him in too early, otherwise he may have been able to improve by a few places. Overall, we didn’t choose particularly aggressive tactics, unlike Audi for example. You could see that their tactics paid off twice. It really wasn’t a great weekend for us. Congratulations to Audi on their win.”

Stefan Reinhold (team principal, BMW Team RMG): “We had a difficult start to the weekend on Saturday. We worked really hard again for the second race and we did manage to improve. But it was an unequal struggle for us in the race really. We are happy to have scored a few points at least. Marco drove a great race and the strategy was right. I would like to compliment all the mechanics on their hard work – weekends where we don’t win many points are just as demanding.”

Marco Wittmann (#11, Red Bull BMW M4 DTM – Grid position: 10th, race result: 9th – 60 races, 8 wins, 16 podiums, 8 pole positions, 541 points, 2 Drivers’ titles): “I am fairly pleased with the result. We did the best we could today. I had decent pace and I was able to drive a long time before the first stop. I battled my way up to ninth, had a great contest with Lucas Auer and closed the gap to the cars ahead. However, the Audis were pretty much unassailable today. We still have plenty of work to do.”

Augusto Farfus (#15, Shell BMW M4 DTM – Grid position: 9th, race result: 14th – 70 races, 4 wins, 12 podiums, 5 pole positions, 345 points): “We were better in qualifying today but we simply didn’t have the required racing pace and that means that you can’t do much in the race. Everyone could see that all the BMWs were struggling with that in the race.”

Timo Glock (#16, DEUTSCHE POST BMW M4 DTM – Grid position: 13th, race result: 15th – 60 races, 3 wins, 6 podiums, 2 pole positions, 238 points): “We had a tough weekend here – and unfortunately we didn’t score any points. The fact remains: the Lausitzring isn’t our favourite circuit. The other teams were too strong here. Now we have to make sure that we are better set up for the other tracks. Nonetheless, I’d like to thank my team as the lads did a great job with no mistakes.”

Bart Mampaey (team principal, BMW Team RBM): “It was a difficult race, starting with Tom’s jump start. We will have to analyse that. The penalty meant that he had no chance in the race. We tried out a different strategy with Bruno and that worked quite well. We tried our best but it just didn’t quite work out. Maxime gave his all once again and eighth place was the best we were able to achieve. Now we have to work hard to ensure that we perform better in the next races at the Hungaroring.”

Bruno Spengler (#7, BMW Bank BMW M4 DTM – Grid position: 12th, race result: 16th – 143 races, 14 wins, 45 podiums, 17 pole positions, 760 points, 1 Drivers’ title): “We tried out a strategy with an early pit stop. With a bit of luck, you can go quite a long way with that kind of strategy. But it means that you drive for practically the whole race on one set of tyres, which was pretty difficult for us here. We have plenty of work to do and will try to improve our performance over the distance in particular. That is our challenge for the upcoming races.”

Tom Blomqvist (#31, BMW Driving Experience M4 DTM – Grid position: 2nd, race result: 17th – 40 races, 1 win, 5 podiums, 1 pole position, 174 points): “I was having problems with the clutch, which lead to a jump start as I moved. I was really disappointed when I heard that I was being penalised. I didn’t really attack after that, but I wouldn’t have had the pace for it. We need to find out why we are having problems with the race pace.”

Maxime Martin (#36, SAMSUNG BMW M4 DTM – Grid position: 5th, race result: 8th – 50 races, 2 wins, 6 podiums, 2 pole positions, 248 points): “It was a difficult race. We have to work on our race pace and realise that qualifying alone is not the key to success. We now have to push on and prepare for the next race.” 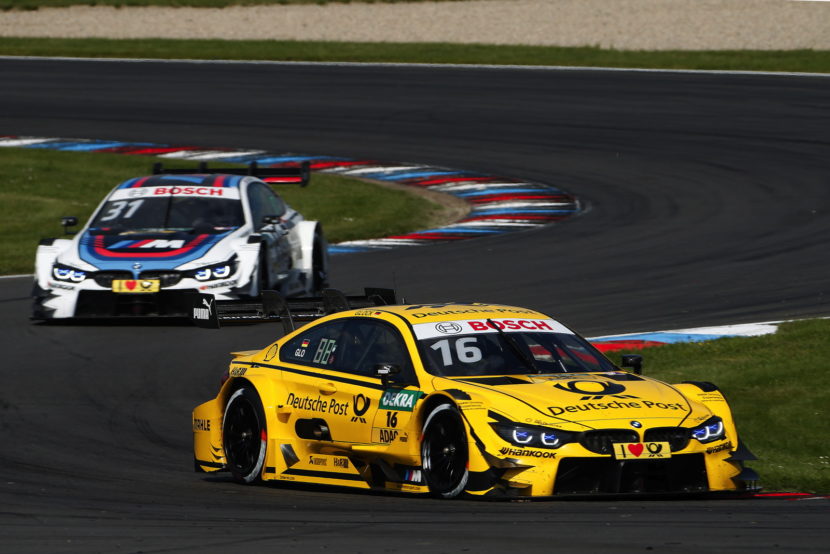 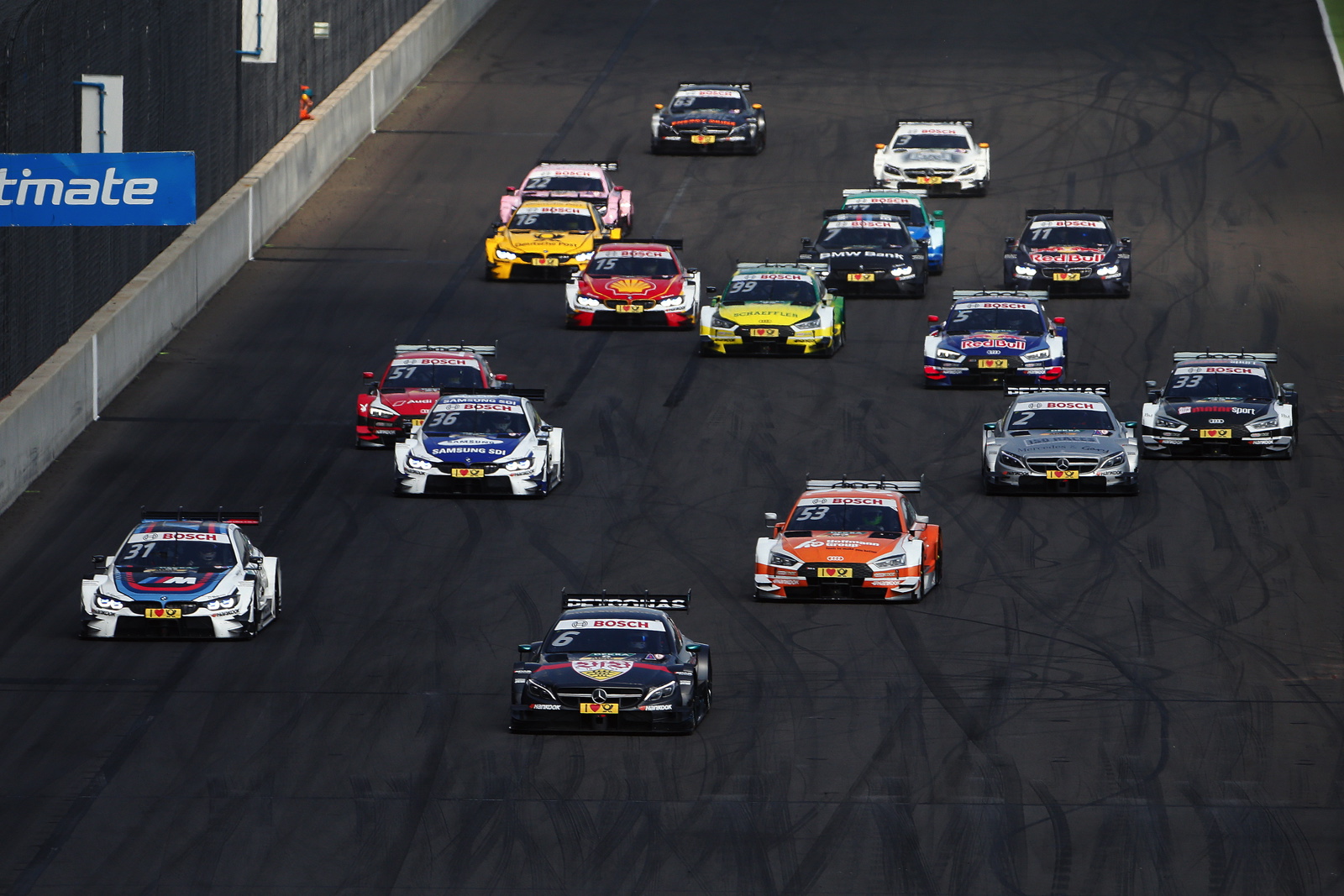 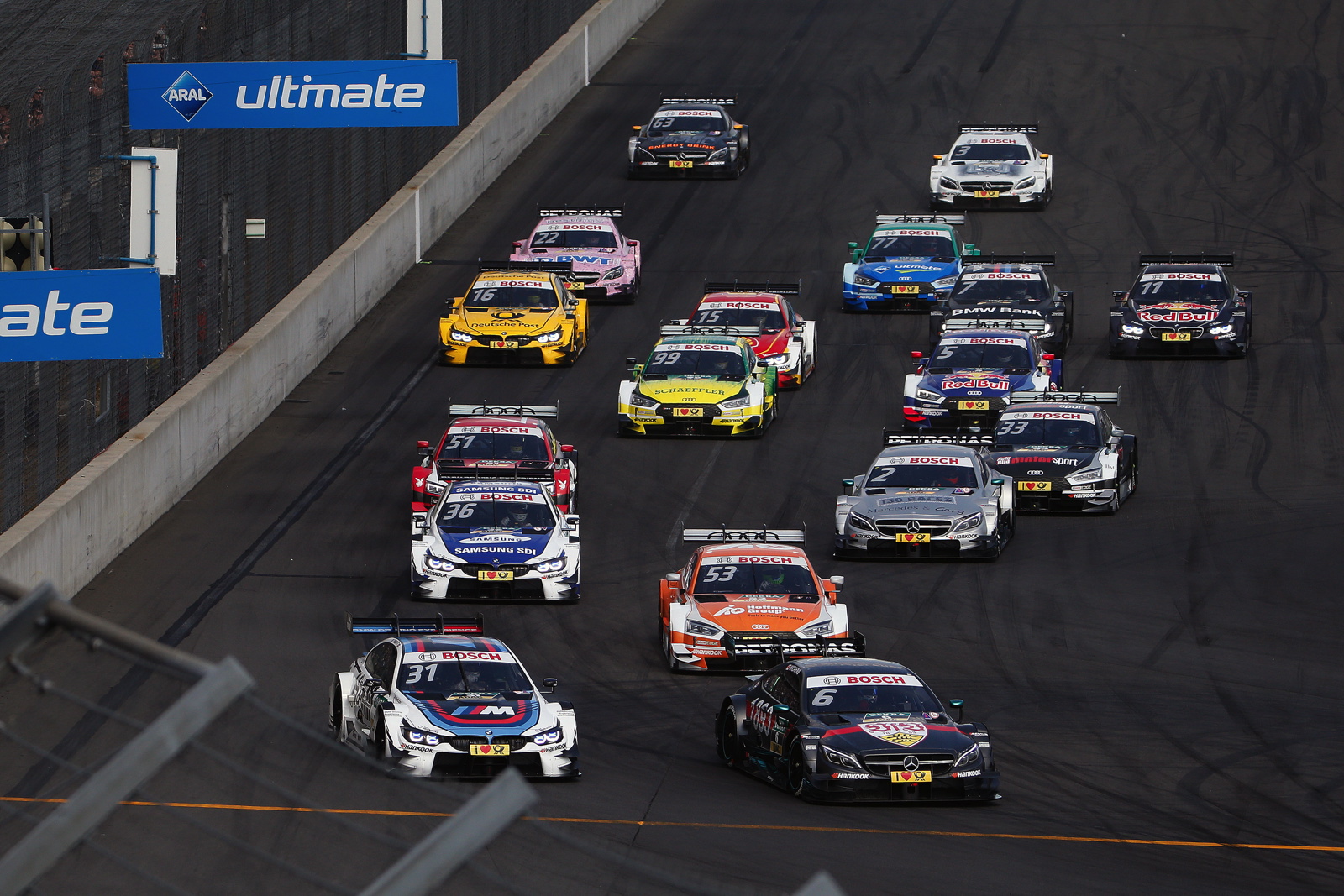 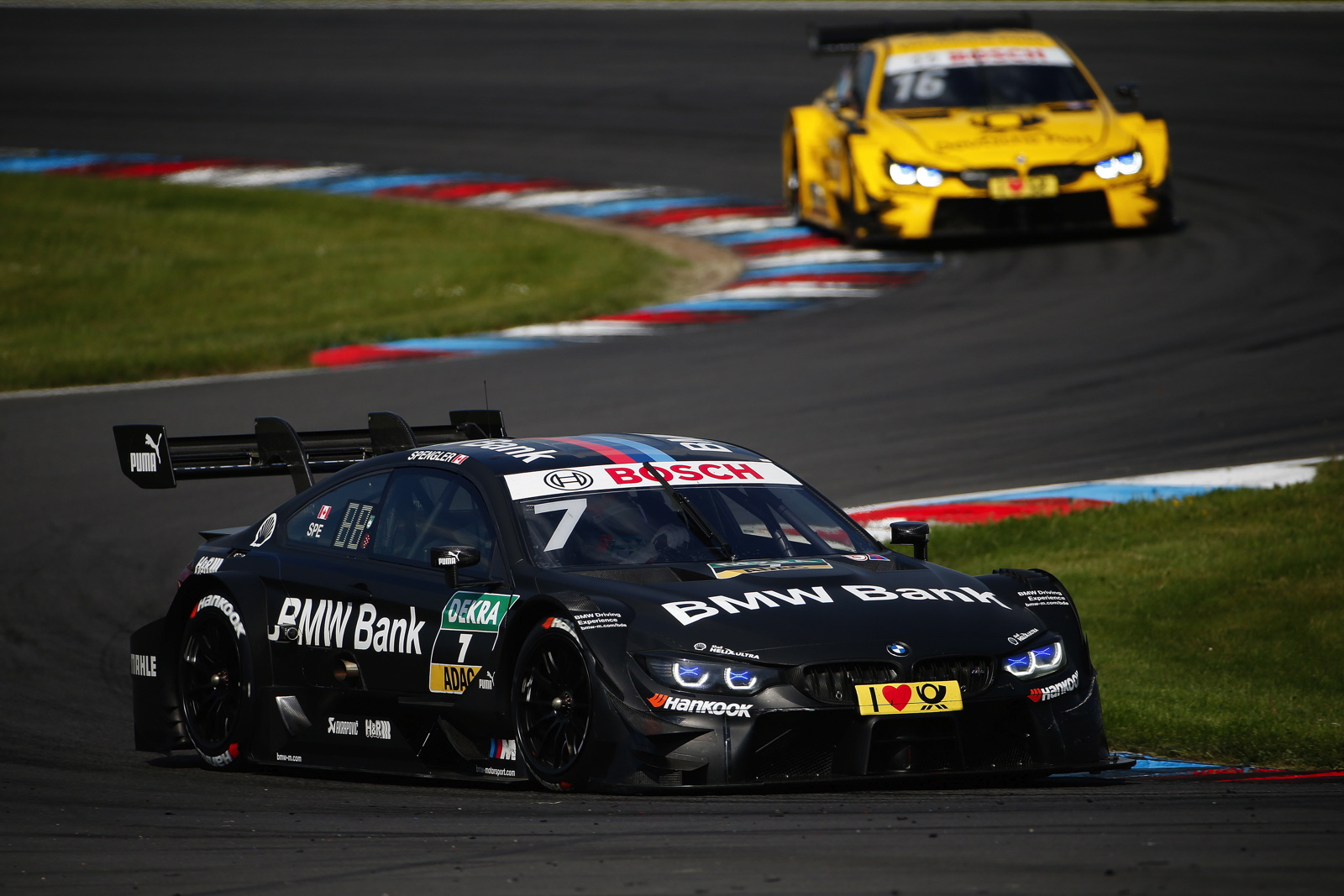 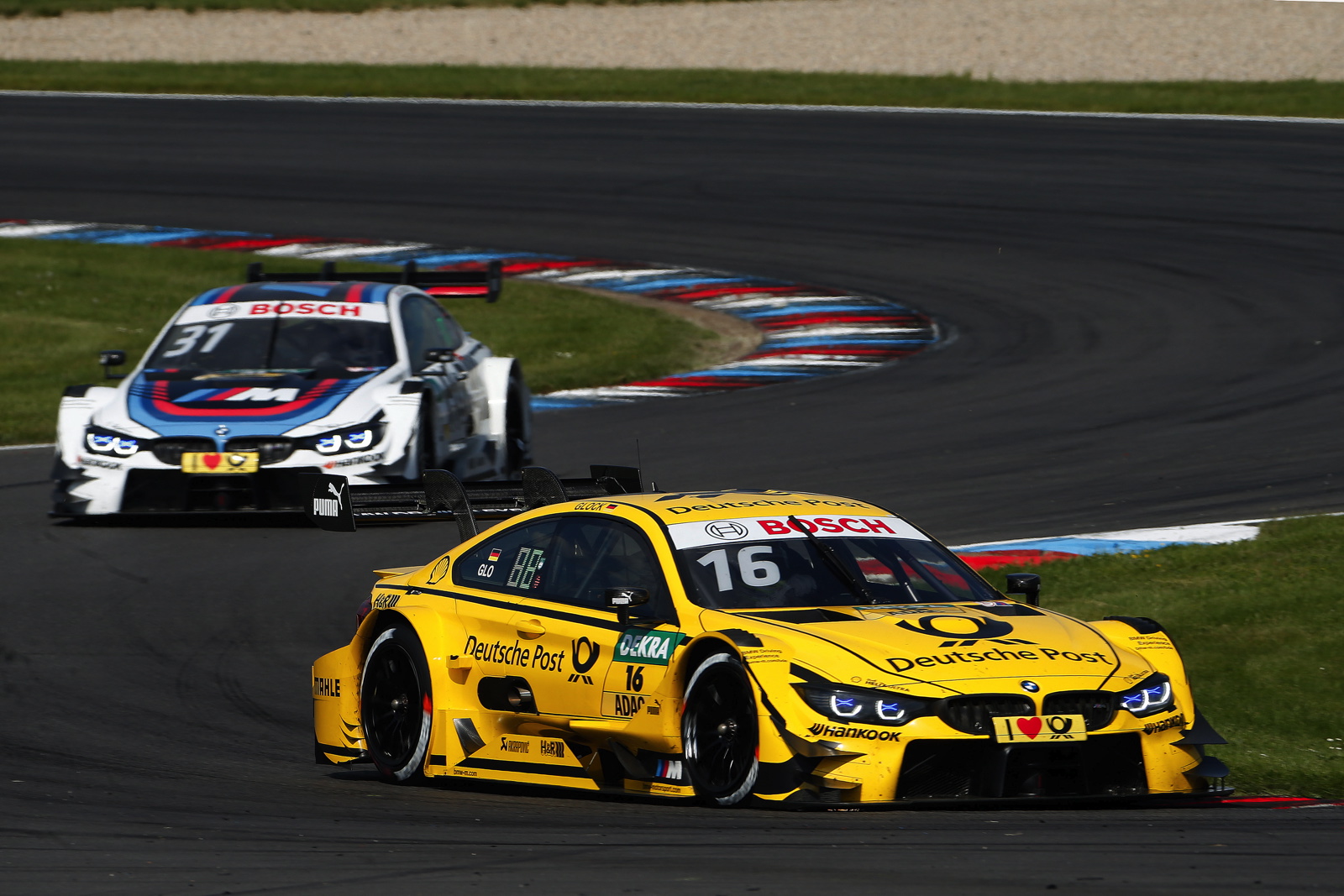