In the world of uber-sedans, it doesn’t get a lot better than what the Germans are offering. Sure, there’s the Dodge Charger SRT Hellcat roaming around but to be honest, that’s an animal for a different crowd. When it comes to style and refinement in an Autobahn cruiser, you’re narrowing things down to the BMW M5 and the Mercedes-AMG E63 models.

The battle is about to get even fiercer as there’s a new E63 model on the market right now which currently has eye-watering specs and goes unchallenged in the segment. That’s until the new F90 M5 will come out at least, when things are bound to even out, with the new M car rumored to pack enough punch to give the AMG brute a proper run for its money.

Until we get to see the new models go up against each other though, let’s take a look at how the older ones fared in a straight out drag race, shall we? In the video below we get to examine the contest between a F10 BMW M5 and a Mercedes-Benz E63 S AMG T-Modell or wagon as it is better known in the US. 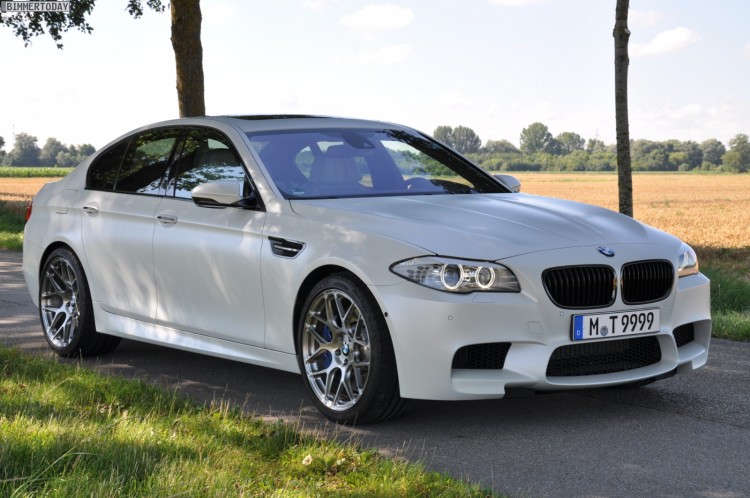 On paper, things should definitely go in the favor of the Merc here. The E63 S comes with an upgraded version of the legendary 5.5-liter twin-turbo V8 of the AMG division, tuned to make 585 HP and 800 Nm (590 lb-ft) of torque. Furthermore, the wagon also benefits from all-wheel drive which could turn out to be decisive in a drag race with a standing start. Officially, the Merc will do 100 km/h (62 mph) in 3.7 seconds.