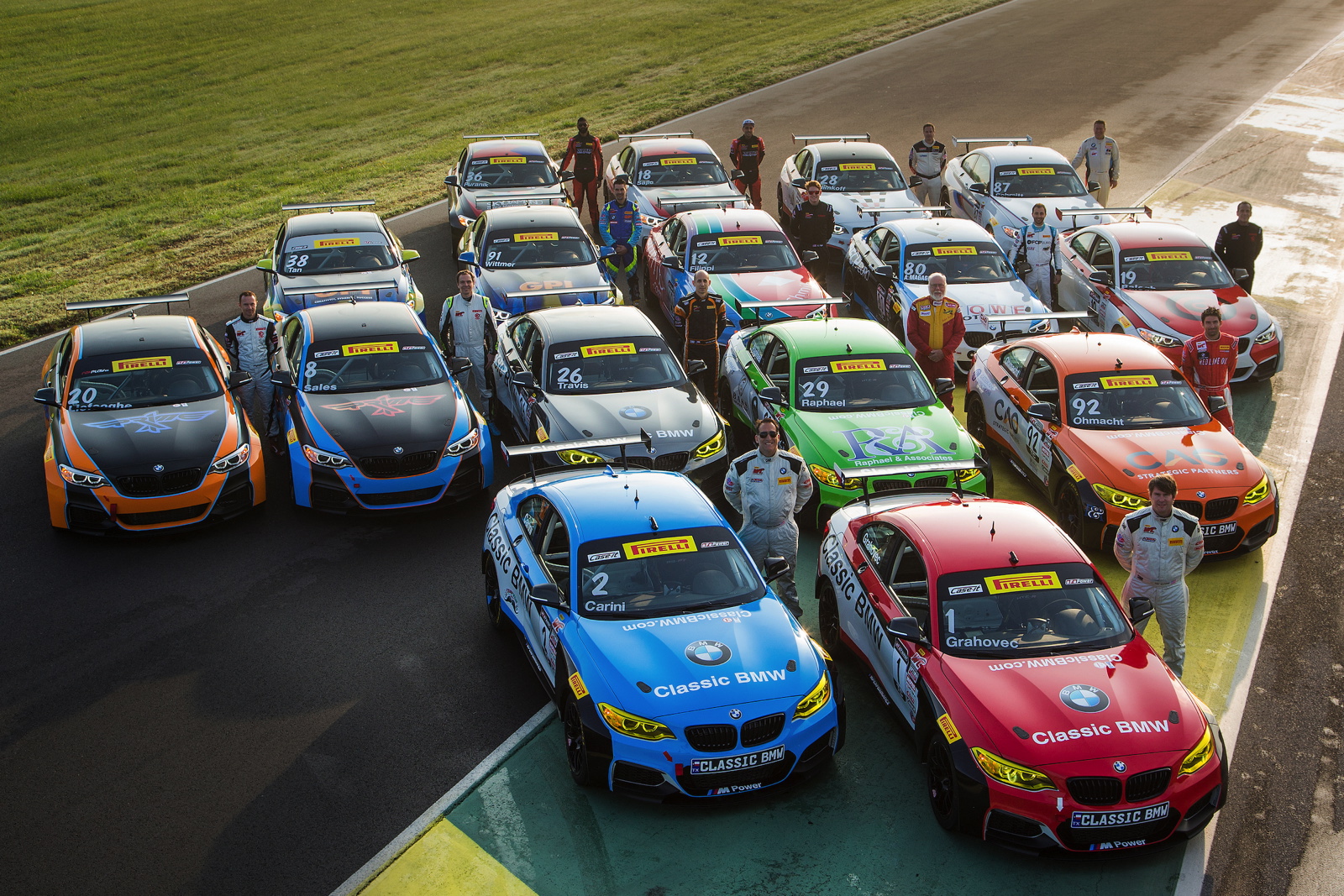 Round 1:
Greg Liefooghe, driving the No. 20 Stephen Cameron Racing M235iR, finished second after starting from the class pole position. Liefooghe was only .878 seconds behind the winning Audi at the 18-lap race’s checkered flag. Third place went to Nick Wittmer, driving the No. 91 ST Racing M235iR. In a field of more than 50 cars, a total of 12 M235iR drivers finished in the top-20, including six in the top-10. 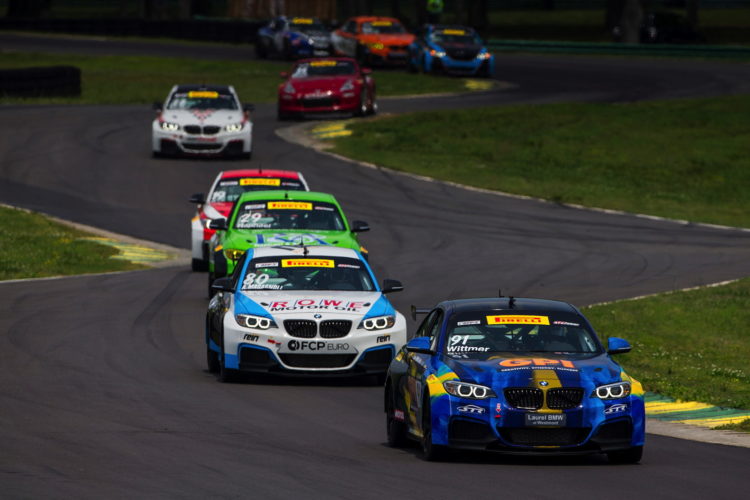 Round 2:
Contact while lapping a competitor and the resulting heavy impact with only some 12 minutes remaining ended the day for Nick Wittmer who had led the race since the opening lap in his No. 91 ST Racing M235iR. The No. 20 Stephen Cameron Racing M235iR, of Greg Liefooghe, inherited the lead and ultimately the win after the checkered flag was waved to end the race four laps early. The victory combined with a second place finish in Round 1 unofficially ties Liefooghe for the lead in TC driver points standings. A total of 10 M235iR drivers finished in the top-20 to round out an excellent weekend for BMW. 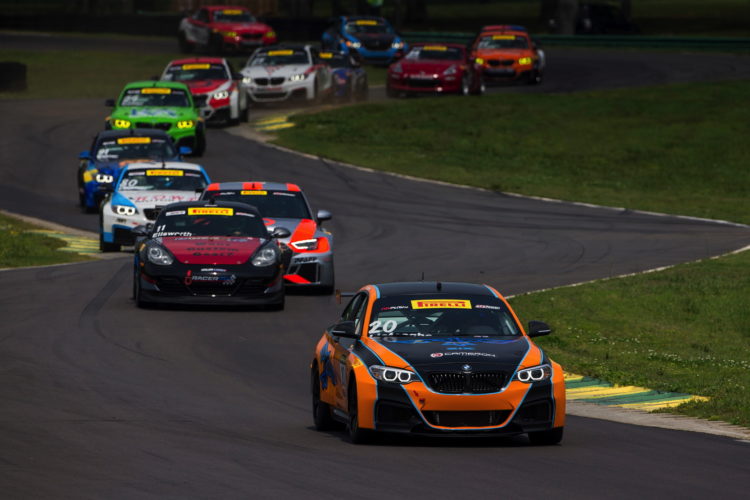 Greg Liefooghe, driver No. 20 BMW M235iR: “The M235iR was very good this weekend. I’m sorry Nick got tangled in lapped traffic in Round 2 as he was right there the entire way. Overall, we scored good points and move forward with strong momentum from the weekend.” 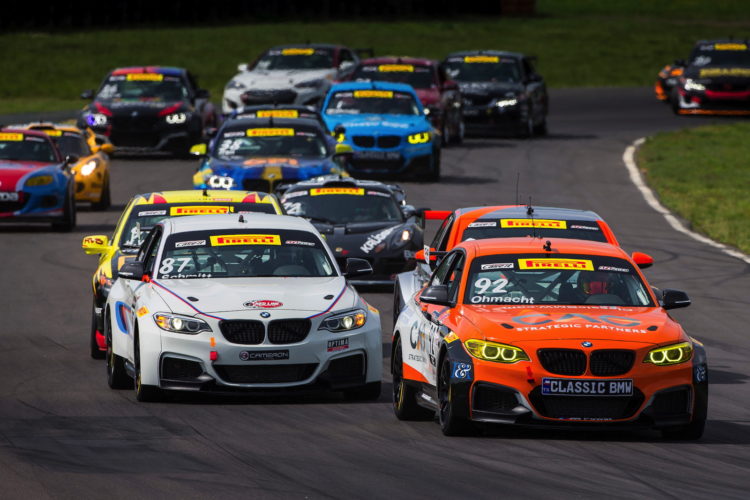 Jonas Kraus, Head of Sales for BMW Customer Racing: “The M235iR has certainly proven to be a success with 15 cars entered in the first Rounds of our second season of PWC competition. This is pure customer racing and we are pleased to support so many BMW drivers.”

Victor Leleu, BMW of North America Motorsport Manager: “Seeing the M235iR represent almost half the field in TC this weekend validates the concept of the car and the decision to bring it to the US. We’re very excited to support so many BMW teams and drivers, and couldn’t be happier with the results of the weekend. PWC TC is racing as we love it and we are looking forward to a great season.”

Rounds 3 and 4 of the 2017 PWC Touring Car Championship will be held at Canadian Tire Motorsport Park, in Bowmanville, Ontario, Canada on May 20 and 21. 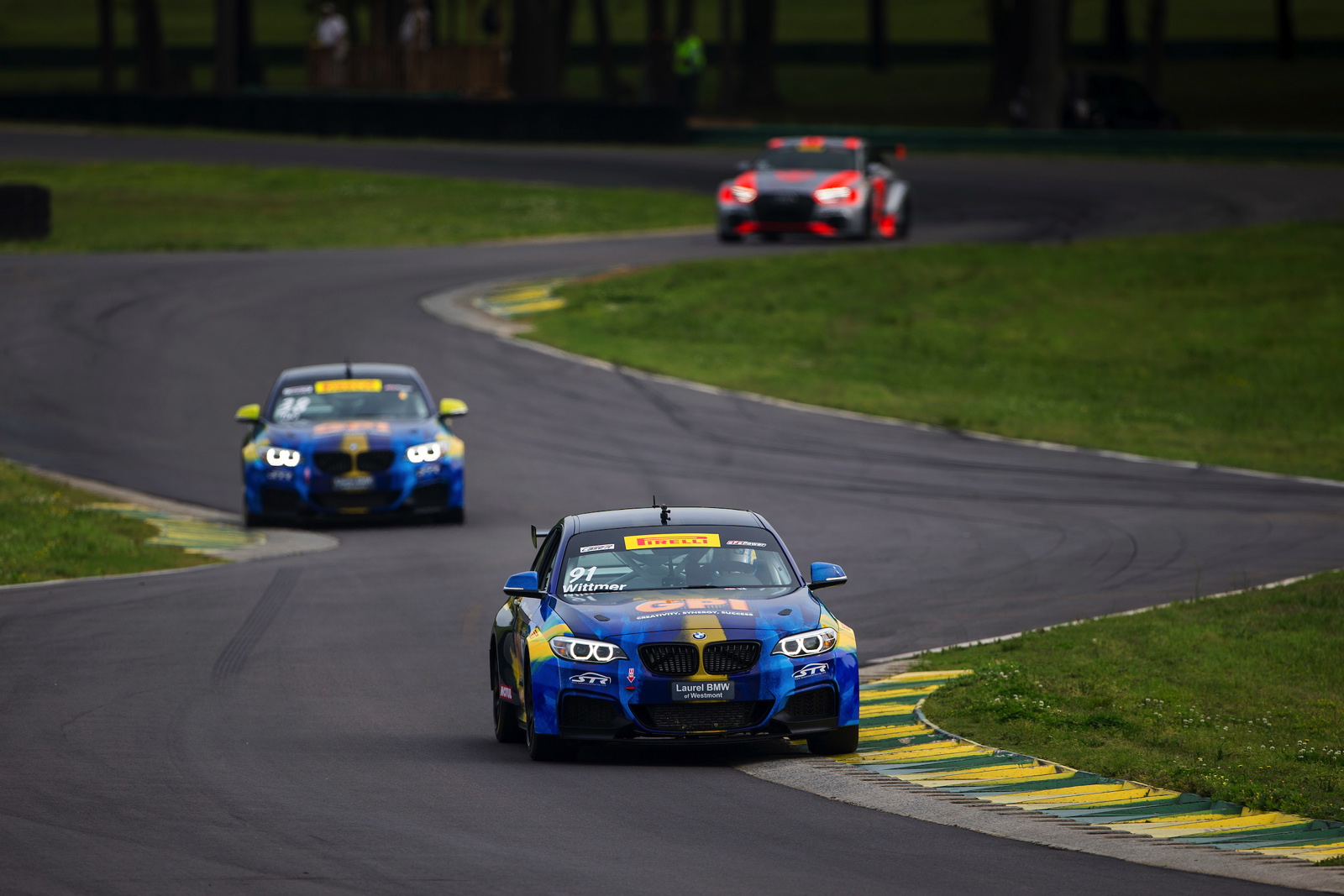 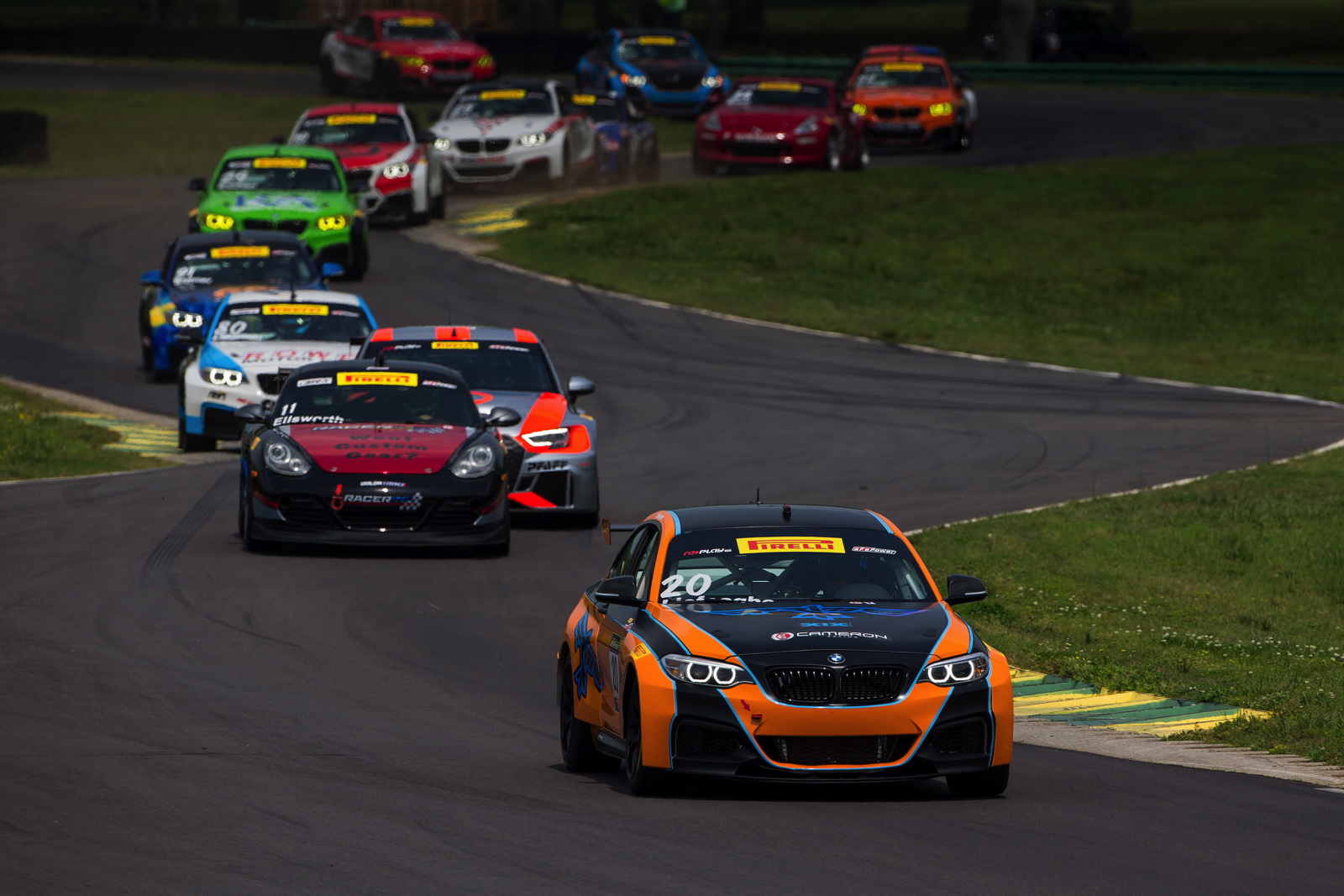 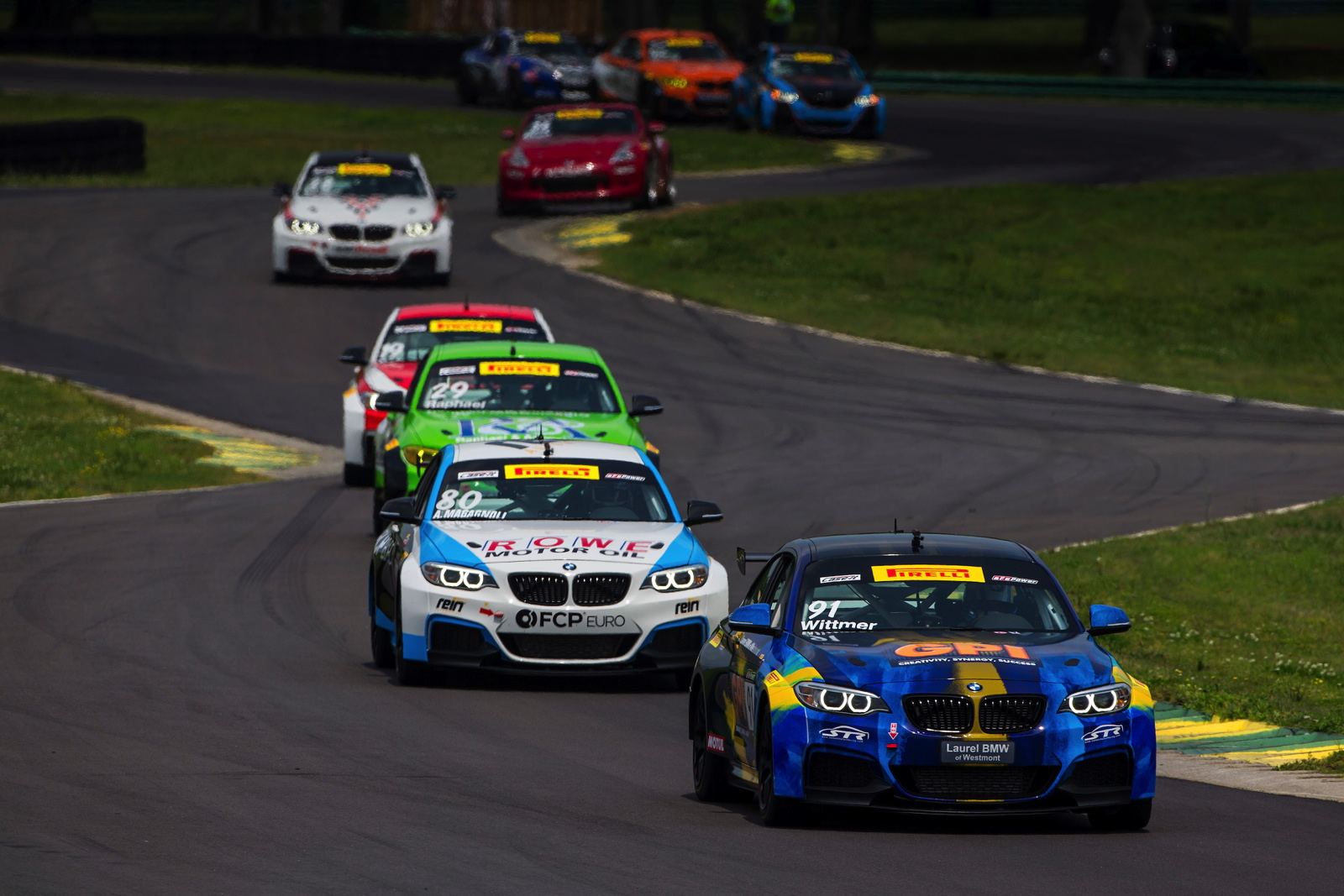