New photos of the stylish BMW i8 Memphis Style Edition 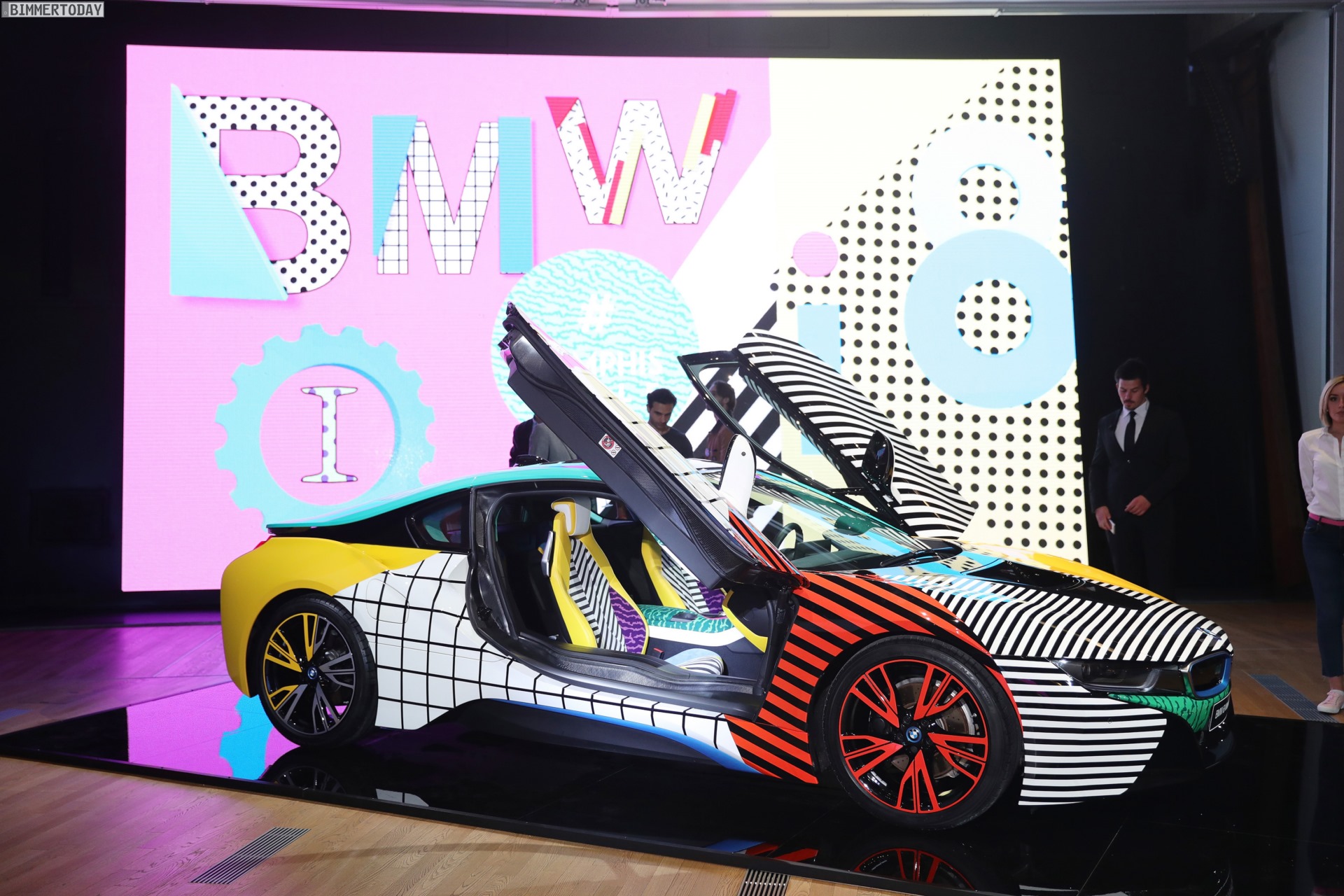 Earlier this month, BMW and Garage Italia unveiled another joint project, again based on the BMW i3 and i8 models. The Memphis Style of the 1980s, which was founded and lived by artists in Milan, served as a model and concept for the spectacular look of BMW’s i cars. For the presentation of the BMW i8 Memphis Style Edition, Michele de Lucchi was one of the most important representatives of Memphis Style. The new interpretations of the year 2017 were not designed by Michele de Lucchi, but by the creative minds of Garage Italia Customs working under Lapo Elkann.

Founded in 1981 by Ettore Sottsass, the Memphis Group was an absolute antithesis to functionalism and any commercial logic. It gave rise to daring lines in furniture that was characterized by unusual materials and original graphic patterns. The style was clearly provocative and was inspired by movements like Art Deco and its surprising geometrical shapes, Pop Art with its bright colors and Kitsch as a way to detach from the minimalist design of the 70s.

The i8 features a watermelon print on the front and rear bumpers. Teal stripes run over the pillars. The driver side features horizontal stripes that turn purple at the back. The interior stands out with its eclectic mix of colors and patterns.

In a press release, BMW said it took Garage Italia five weeks to conceive and paint the two cars, and in some places, there are eight layers of paint. You won’t be able to walk into a BMW dealer and order a car like this, but take your car to Garage Italia, and the artists there will do it for you. 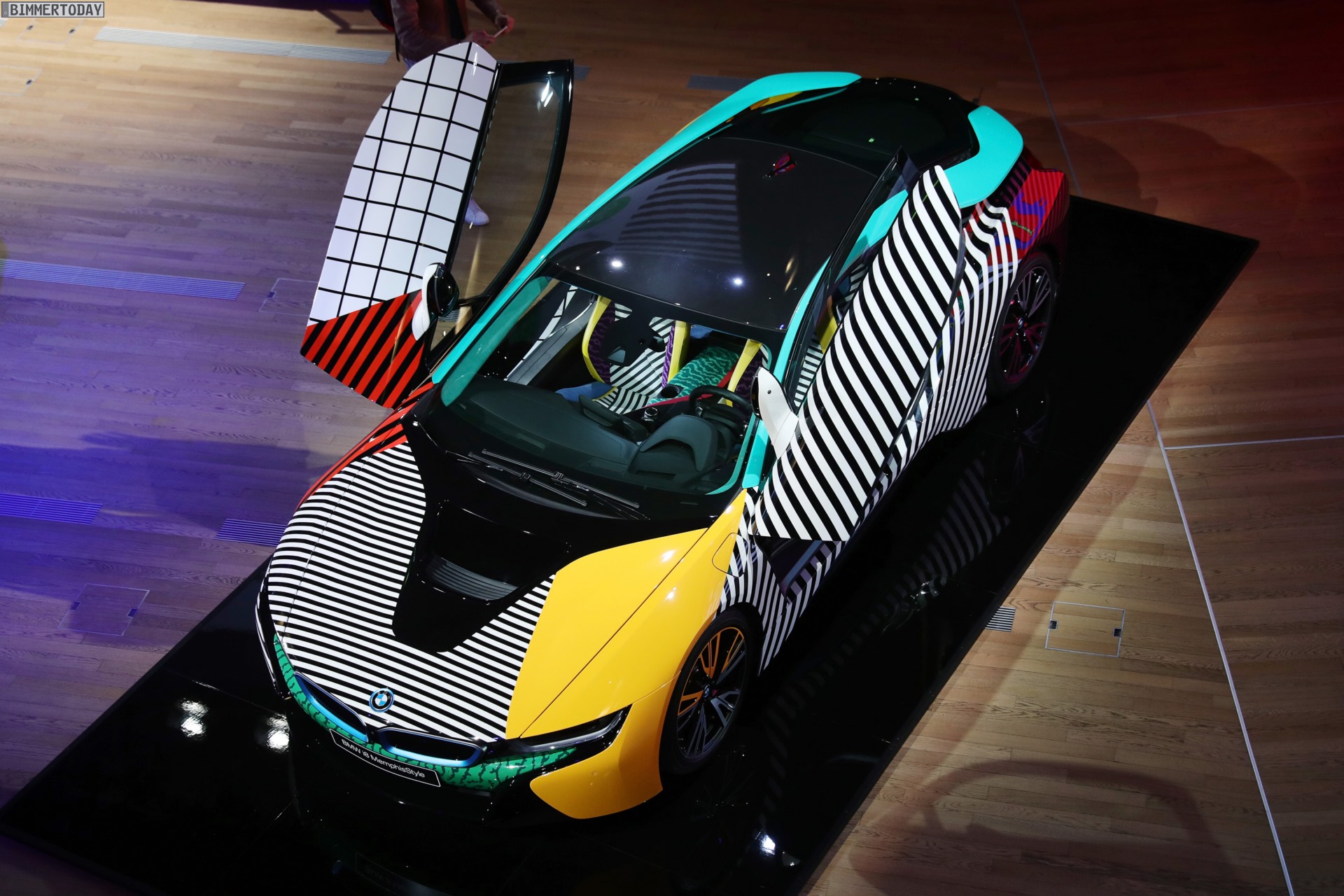 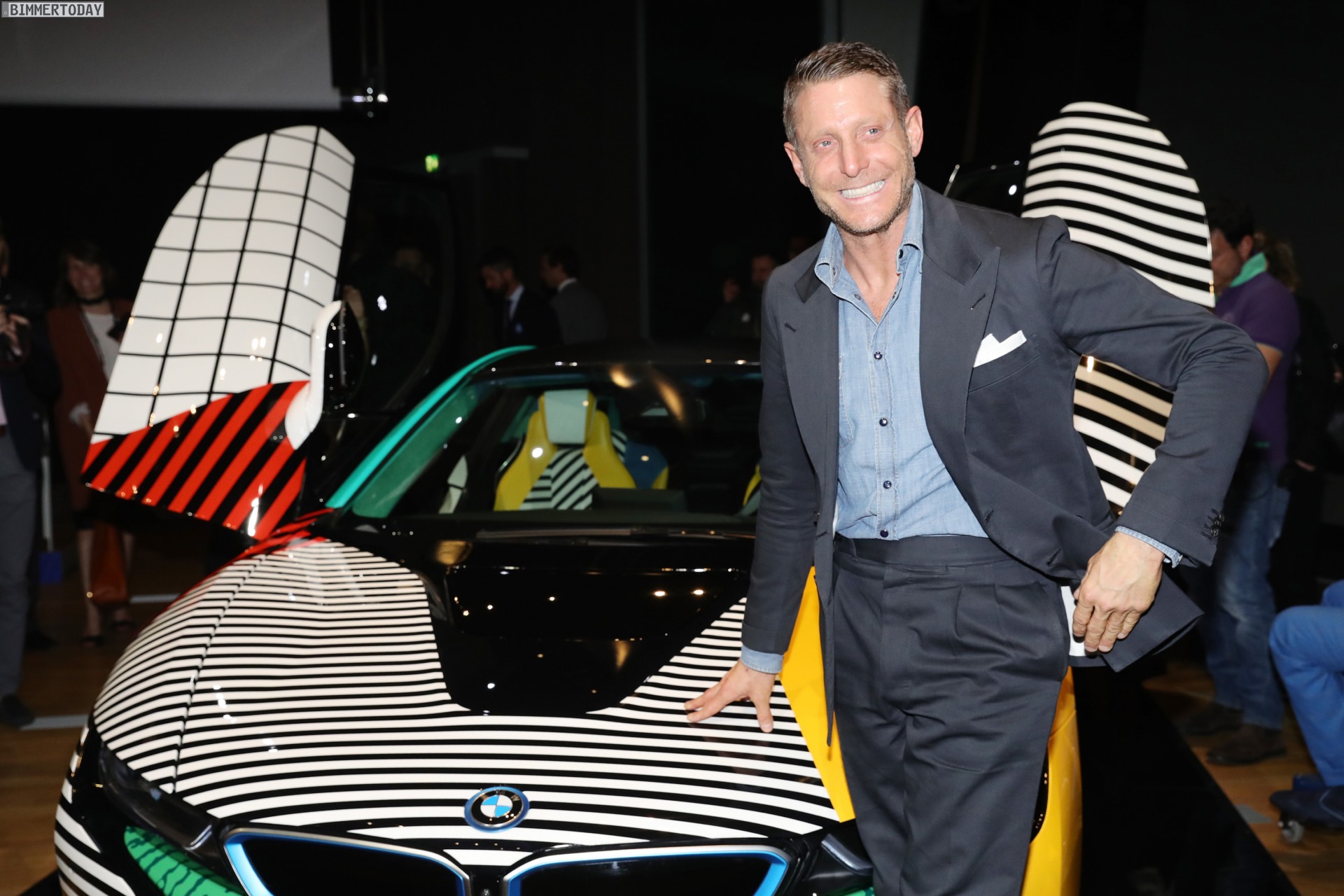 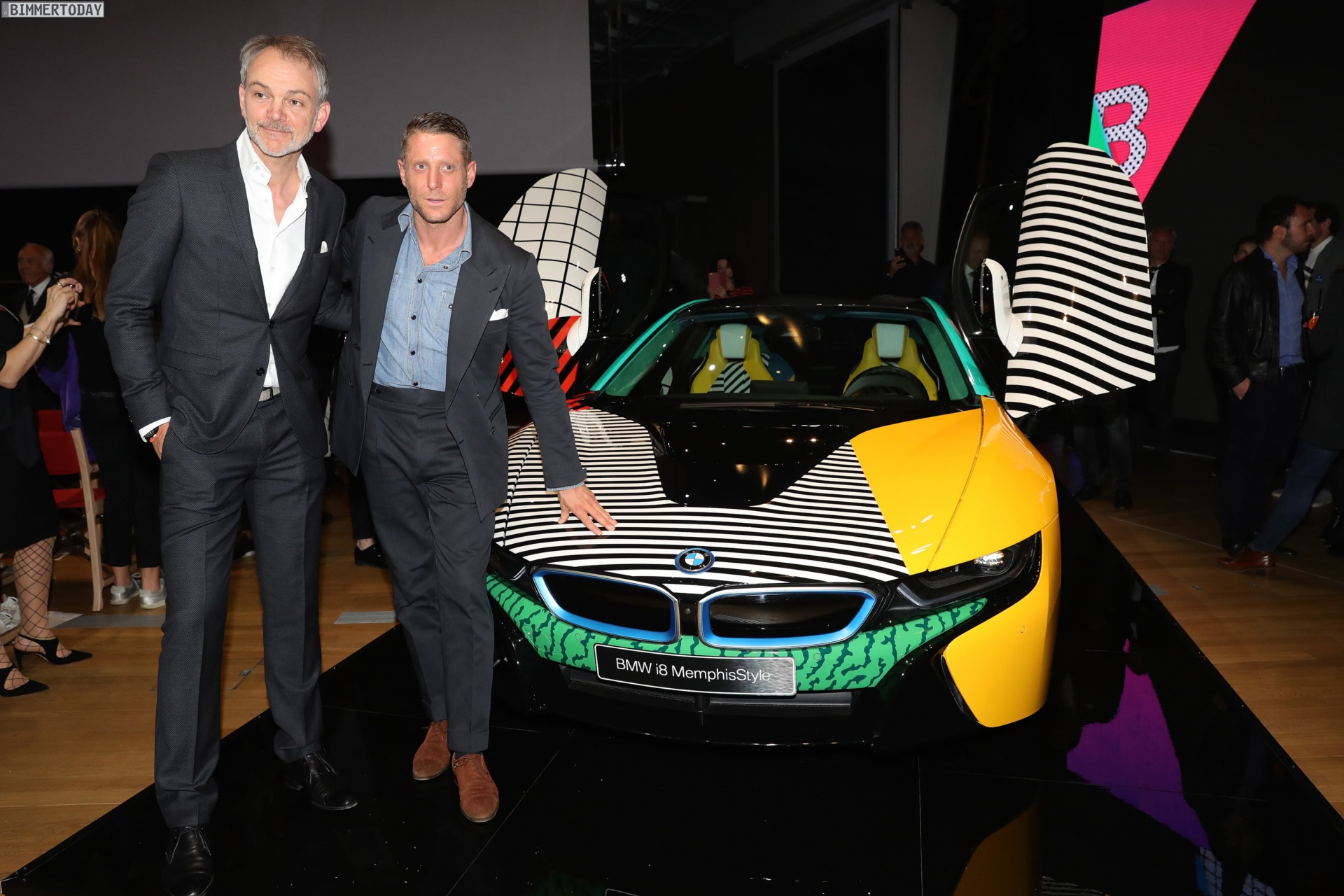 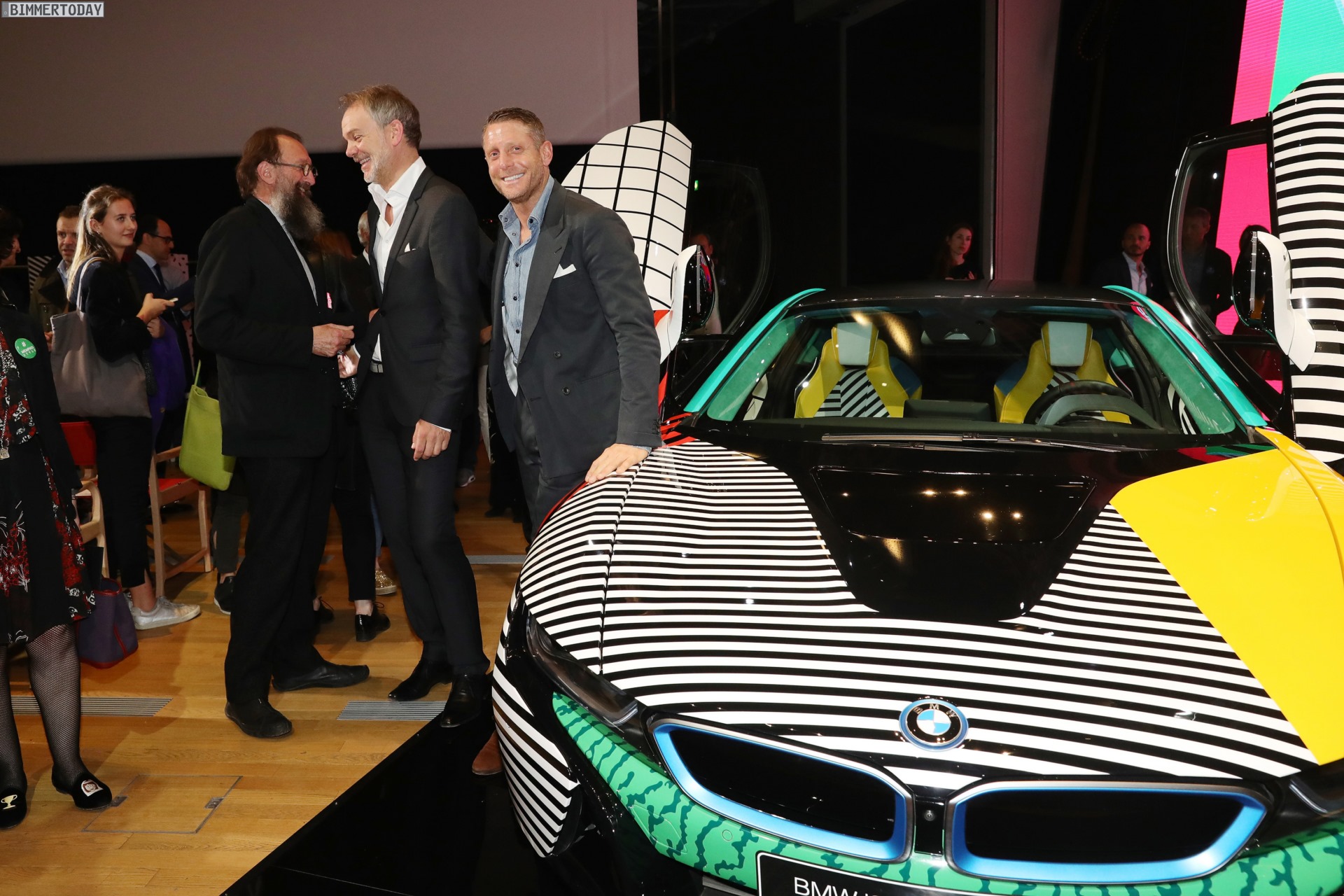 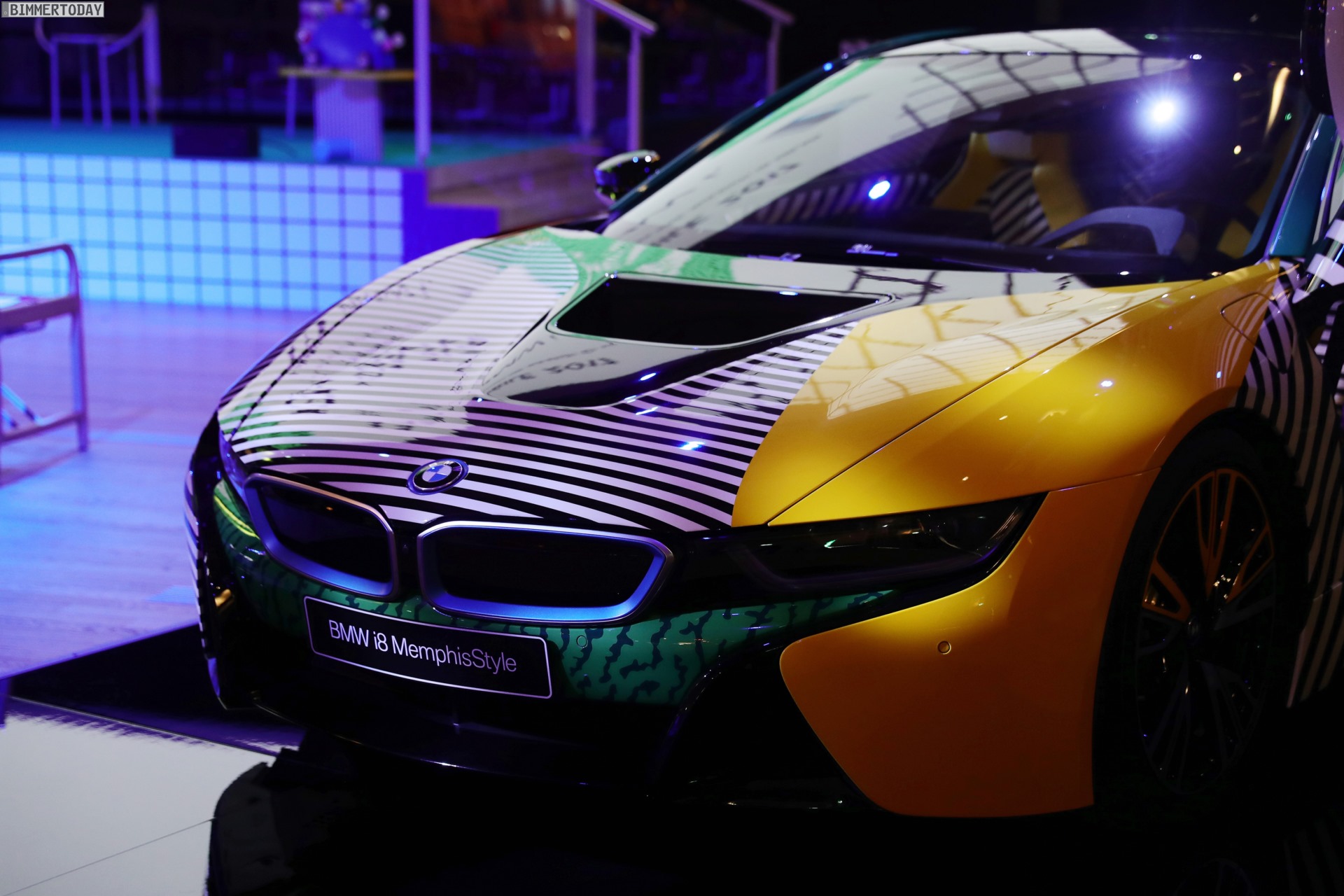