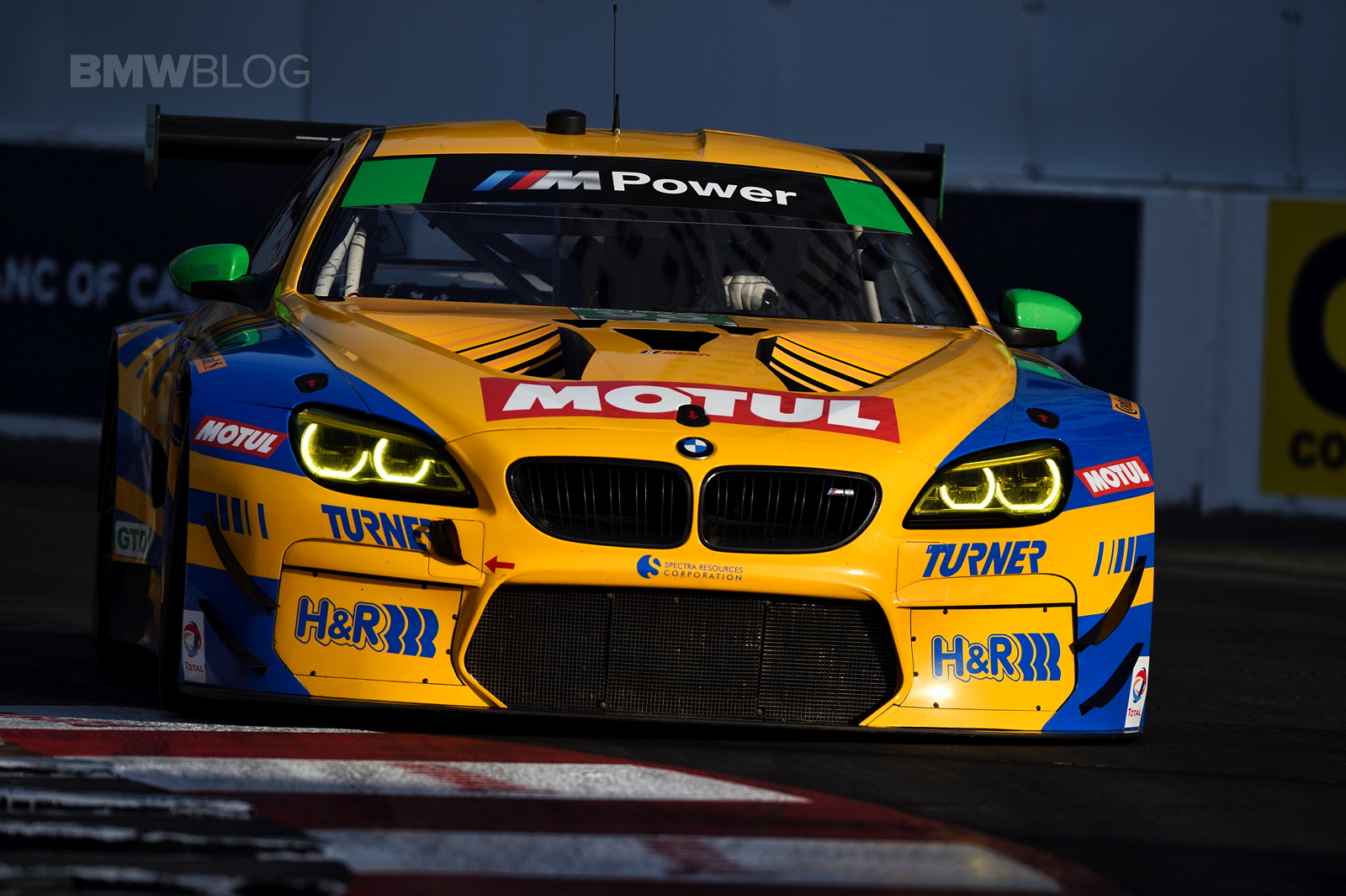 Yellow flags set the tone for the 100-minute BUBBA Burger Long Beach Grand Prix as the record 34-car field went to battle on the 11-turn 1.96- mile street course in the scenic downtown of Long Beach, California.

The No. 96 BMW M6 GT3 of Bret Curtis and Jens Klingmann took the green flag from fourteenth place in Saturday afternoon’s race. Curtis was able to maintain a strong pace in the opening laps but had very little opportunity to make up position due to two early full course cautions.

As part of a strategy call, the No. 96 M6 GT3 was called to the pits under the second full course caution at the eighteen minute mark for tires and a splash of fuel, leaving Curtis in the car. 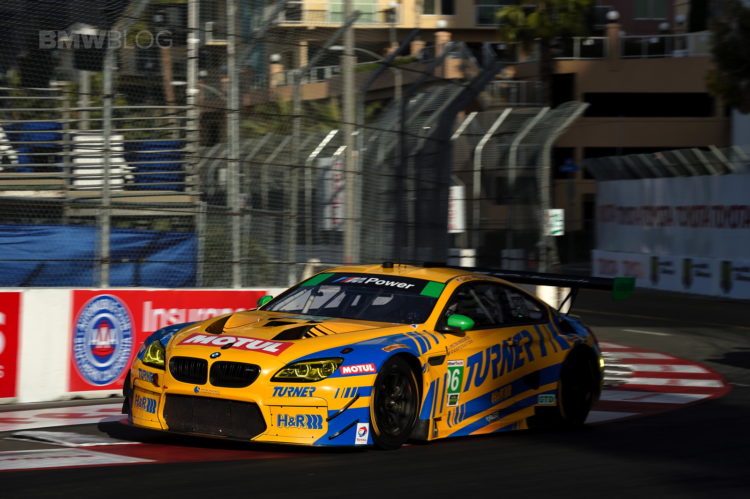 Curtis continued on to complete his forty-one minute opening stint before handing the car over to Jens Klingmann with a pit stop under green following caution three of the race.

After making up several positions with a shorter fuel only and driver change stop, the No. 96 of Klingmann exited pit lane to regain track position with just under one hour remaining in the race.

Klingmann pushed his way up and into the top five of the GTD class despite two more full course cautions in the final hour of the 100-minute contest.

Klingmann went on to cross the line and take the white flag from fifth position pushing to hold what would have been a solid top-five finish from a fourteenth place start.

In the final corner, on the final lap of the race, Klingmann entered the hairpin in front of the No. 86 Acura NSX when at the last second the rookie driver in the factory No. 15 Lexus RCF attempted an impossible pass which resulted in all three cars crashing into the outside wall, heavily damaged and unable to continue on to take the checkered.

’I have seen a lot of stupid things happen on the race track ’ but this one takes the cake. What was Alon thinking? ’ oh wait , he wasn’t.’ Will Turner Said. ’I’ll send the bill to repair our wrecked car to Lexus. I’m sure a big factory team like Lexus will be happy to pay for the action of their driver. I was also surprised that we got no apologies from the driver or the team after this happened ’ I’ll update everyone once I get the check from them.’

’It’s quite frustrating to have something like this happen to us on the final lap and final corner after running a strong and clean race,’ said Jens Klingmann. ’A fifth place finish for us would have been a great result starting from fourteenth in a caution filled race.’

Despite a solid performance by the entire Turner Motorsport team, the No. 96 M6 GT3 of Curtis and Klingmann recorded a ninth place finish.

Racing action resumes in just over three weeks in Austin, Texas at the Circuit of the Americas on May 6th for round four of the WeatherTech SportsCar Championship.

2 responses to “Trouble for Turner M6 GT3 at Long Beach”