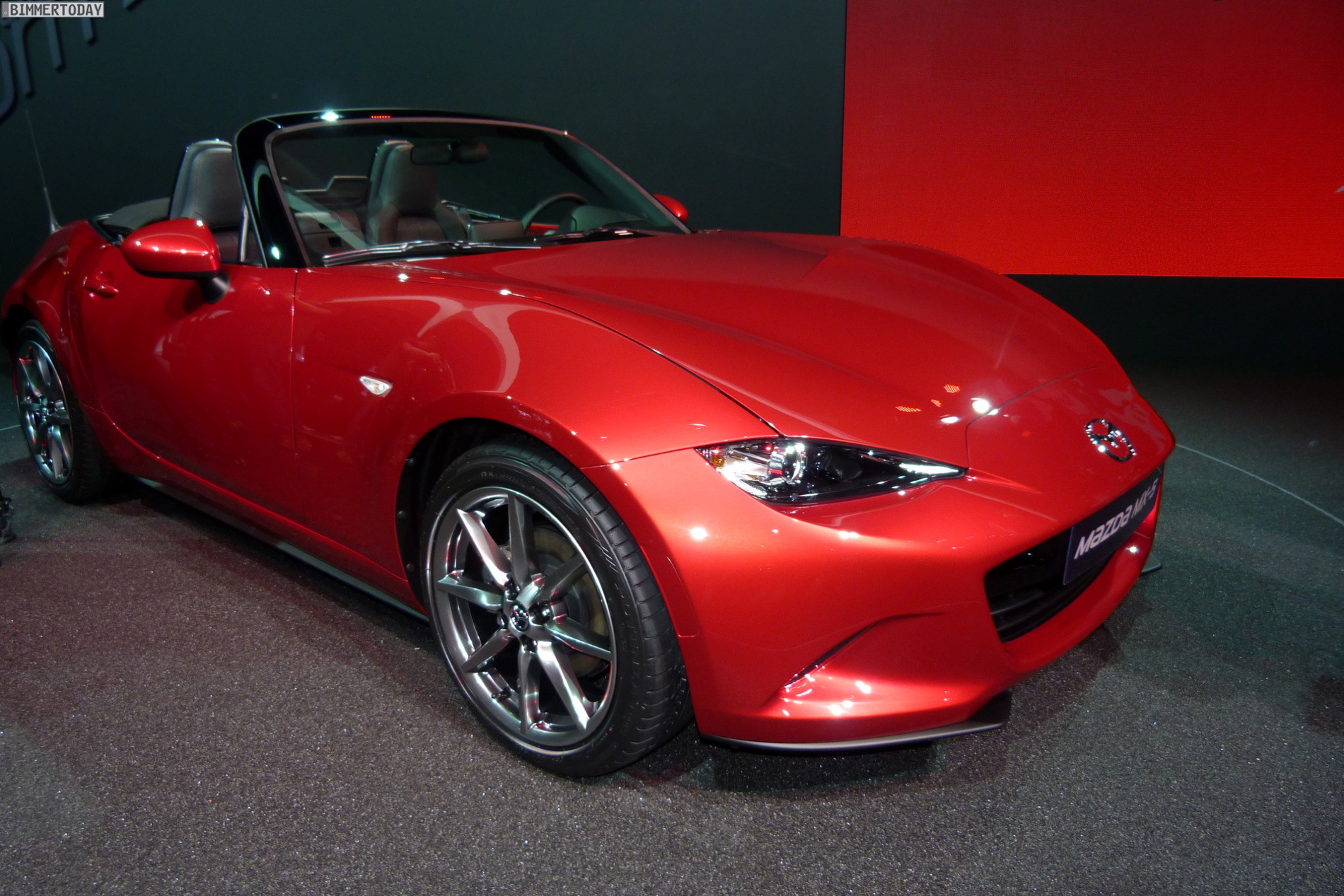 A couple of days ago, I wrote an article about Mazda inviting journalists out to test its newest CX-5 crossover and the Japanese company brought along the BMW X1, as well as its competitors, to test the CX-5 against. While a big fan of Mazda, I felt this was a bit of an overreach, as I felt that very few, if any, customers would cross-shop both brands. However, it seems that we have a few BMW buyers in our audience that have, in fact, cross-shopped the BMW X1 with the new CX-5. So I thought it would be an interesting idea to see what other sort of BMW/Mazda comparisons we could do. So let’s see how the BMW 230i Convertible stacks up against the Mazda MX-5 Grand Touring.

The reason for choosing these two cars is that they both offer a similar amount of fun for a somewhat similar cost, though I’m playing fast and loose with the term “similar”. Grand Touring trim for the Mazda MX-5 starts life at $30,065. That’s the top of the line trim for the MX-5 and comes with 17″ wheels, heated leather seats, LED headlights, navigation and a Bose 9-speaker sound system, among other things. So it’s the nicest MX-5 you can get. 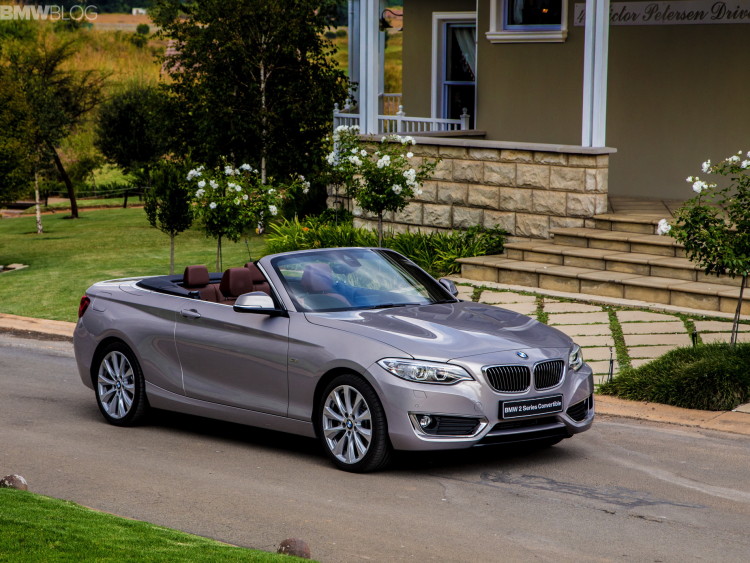 By comparison, the base price of the BMW 230i Convertible is $38,950, so already almost $10k more than the Mazda. For that, you also get 17″ wheels and leatherette seating but navigation is a $1,900 option, heated seats are a $500 option and the Harmon Kardon sound system is $875. So the Mazda actually comes slightly better equipped.

However, in terms of powertrain and performance, the BMW 230i Convertible leaves the Mazda MX-5 for dead. Under the hood of the Bimmer is a 2.0 liter turbocharged four-cylinder engine that makes 248 hp. That engine is mated to an eight-speed automatic gearbox as-standard and no manual transmission is available on the 230i ‘Vert, which is a shame. For the 230i Convertible, 0-60 mph happens in the low 5 second range, which is pretty quick.

By contrast, the Mazda MX-5 is a bit underwhelming, in terms of power. The little MX-5 packs a 2.0 liter normally-aspirated four-cylinder engine that only makes 155 hp and 148 lb-ft of torque. Those are tiny numbers compared to the BMW’s. But, thanks to its incredibly light weight and six-speed manual gearbox, the MX-5 can actually get from 0-60 mph in just under 6 seconds. So it’s not much slower than the 230i but it takes really revving the bolts off of its engine, whereas the turbocharged torque of the BMW makes easier work of going fast. 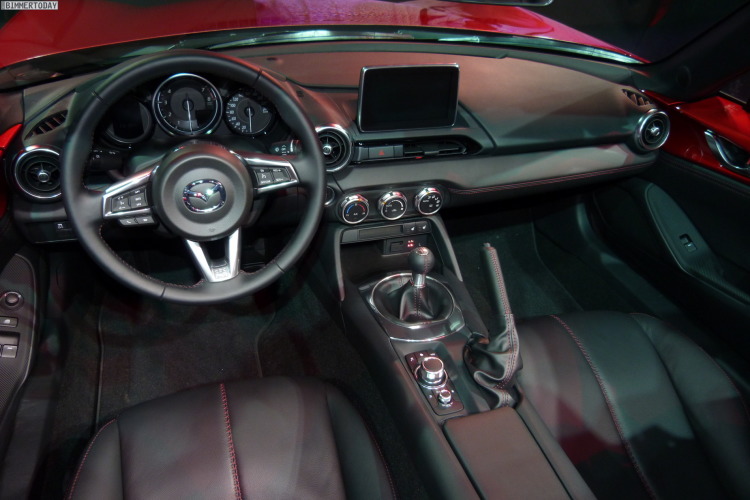 But these two cars are about top-down fun and putting a smile on their driver’s face. So performance times aren’t really relevant. What’s more important is how fun they are to drive and I think real car enthusiasts will have a tough time choosing the BMW 230i Convertible over the Mazda MX-5. It’s not that the BMW 2 Series is a bad driving car. Quite the contrary, actually, as the 230i Convertible is one of the most fun small, soft-top cars on the market. Its only issue is that the Mazda MX-5 is the most fun soft-top car on the market.

The MX-5 has a wonderful simplicity to it that’s impossible to beat. It’s so small and so light that it feels more like a glove fitting around the driver, rather than a big car enveloping the driver. It’s so lithe and nimble that it’s almost ridiculous. Then there’s the six-speed manual which is brilliant and far more fun than the eight-speed auto in the Bimmer, which is admittedly brilliant but a bit too anodyne here. The top of the Mazda is manually-operated, compared to the power-folding top of the Bimmer. Just unlatch the latch in the MX-5 and push the top back from the driver’s seat and the entire job is done in about five seconds. 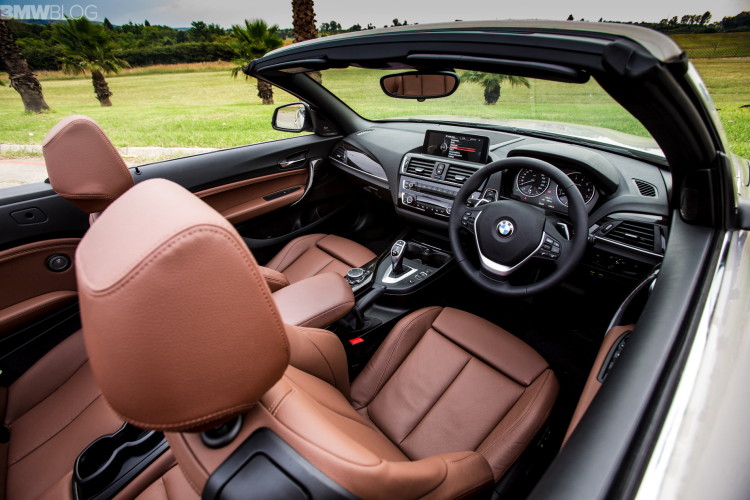 BMW’s 230i Convertible does have its advantages, though. It’s more comfortable and far more spacious, as it actually has back seats, which the MX-5 does not. It’s more premium and built with better materials, making it the more luxurious choice for top-down cruising. However, I’d argue that any rear-wheel drive convertible sports car should be about driving pleasure first, especially cars with BMW and Mazda badges. In this regard, while also considering the $10k price cut and better as-standard equipment, I think my money would go toward the Mazda. But I’ll leave it to you readers, would any of you cross-shop these two cars and, if so, which would you choose?