When Porsche first developed its current 911 GT3, fans were actually quite upset, despite it being probably the best hardcore sports car on the market. Reason being is that it only came with a PDK dual-clutch automatic gearbox and that’s sort of the antithesis of a hardcore sports car. Every GT3 that came before it was manual-only, so when Porsche made the switch it just felt wrong. Despite that, the new 911 GT3 sold really well and fans understood the speed it could attain with a PDK. However, fans were still begging Porsche to just offer a manual transmission as an option. Turns out, Porsche listened and will be offering a manual gearbox for the 911 GT3. Should BMW follow suit with the M4 GTS?

To be honest, the BMW M4 GTS is the first hardcore Bavarian to be auto-only. The E46 M3 CSL, widely considered the best driving BMW of all time, only had an SMG automatic gearbox. The M4 GTS’ predecessor, the E92 M3 GTS, was also dual-clutch only. So BMW hasn’t offered a manual gearbox in its hardcore cars in awhile. So would it make sense for BMW to offer one now? 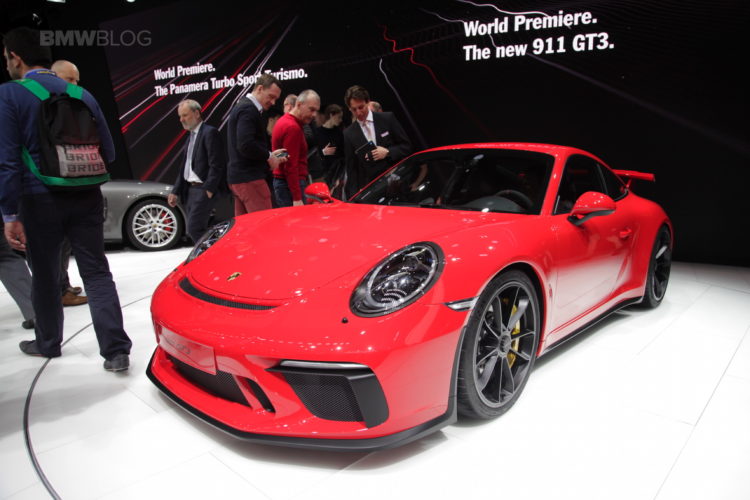 I don’t think BMW will offer a manual transmission, let me be clear. I’d give better odds to me becoming People magazine’s next “Sexiest Man Alive” (a dream I’m not letting go of, no matter what my wife says). However, I think BMW should do it and that it makes sense for another run of the M4 GTS with a manual transmission.

Let’s be real for a second. The BMW M4 GTS wasn’t bought by the average car buyer. It’s only purchased by enthusiasts who want the most enjoyable track experience. These enthusiasts know how to drive a manual transmission and almost certainly prefer it. Plus, the M4 GTS was only sold in extremely limited numbers, so it’s not as if there’s a sales volume issue here, like there was with the manual F10 M5. So BMW would have sold the same amount of M4 GTS’ had they been manual instead of DCT.

The reason both BMW and Porsche went with the auto-only gearbox is bragging rights. Dual-clutch automatics provide the best possible performance numbers and lap times, so automakers want those stats on spec sheets to sell cars, so they can pound their chests about their cars. However, enthusiasts would argue that fun is more important than lap times in this segment. Unless you’re putting bread on the table with earnings from racing, fun is far more important on track days than tenths of a second. So enthusiasts who can afford these cars are saying they want manual gearboxes. If they’re willing to spend that much money on a crazy exclusive car, automakers should give them what they want. End of story.

Now, BMW has already sold out of the M4 GTS, there are no more to buy. And it doesn’t seem as if BMW plans on selling any more anytime soon. However, now that the M4 has gotten its refresh, BMW may decided to create another hardcore variant of the M4 again. If it does, it should most certainly offer a manual transmission at least as an option. If Porsche can do it, BMW can.