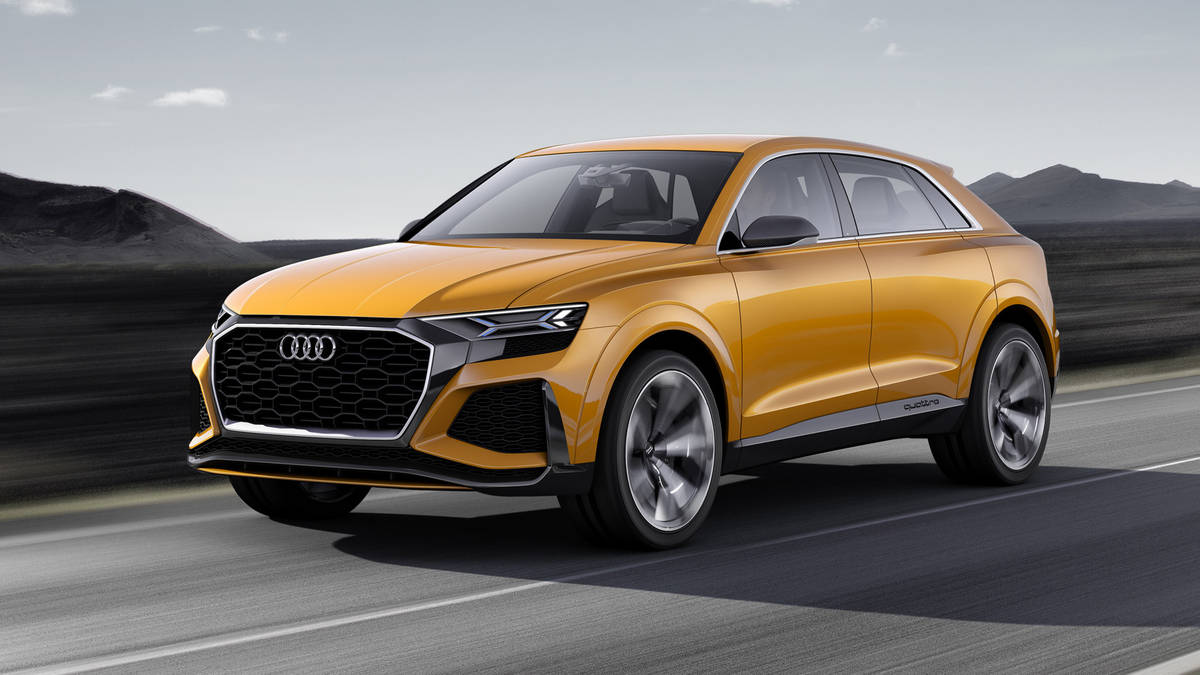 Audi has brought a sportier version of the Q8 Concept (that was first shown at Detroit Auto Show in January) to Geneva. Called the Q8 ‘Sport Concept’, it gives a glimpse of what a possible SQ8 could look like.

On the cosmetic front, there are quite a few changes to the new concept, but they aren’t too drastic. The Bombay Blue exterior paint has been replaced with a bright orange tone, the front fascia has been altered with restyled intakes and honeycomb pattern on the grille instead of vertical slats, the fenders have been stretched a bit and the exhaust tips have been changed.

Under the hood, there’s a 3.0-liter TFSI six-cylinder engine paired with a mild-hybrid system and an electric compressor. The total power output is 476 HP and the there is 700 Nm of torque. Sprint from 0 to 100 km/h takes just 4.7 seconds and the top-speed is 275 km/h. Despite these insane numbers, Audi claims a range of 1200 km. For optimum dynamics, there’s Quattro AWD system, air suspension and ceramic brakes.

Move inside and you are greeted with a very upmarket cabin. Audi Virtual Cockpit is standard and apart from that, there are a couple of touchscreens on the center console. Once the Q8 makes into production, we expect it to get a myriad of autonomous driving aids as well.

The sportier Q8 (likely to be called SQ8) will primarily go up against the likes of the BMW X6 M and the Mercedes-AMG GLE63 Coupe. 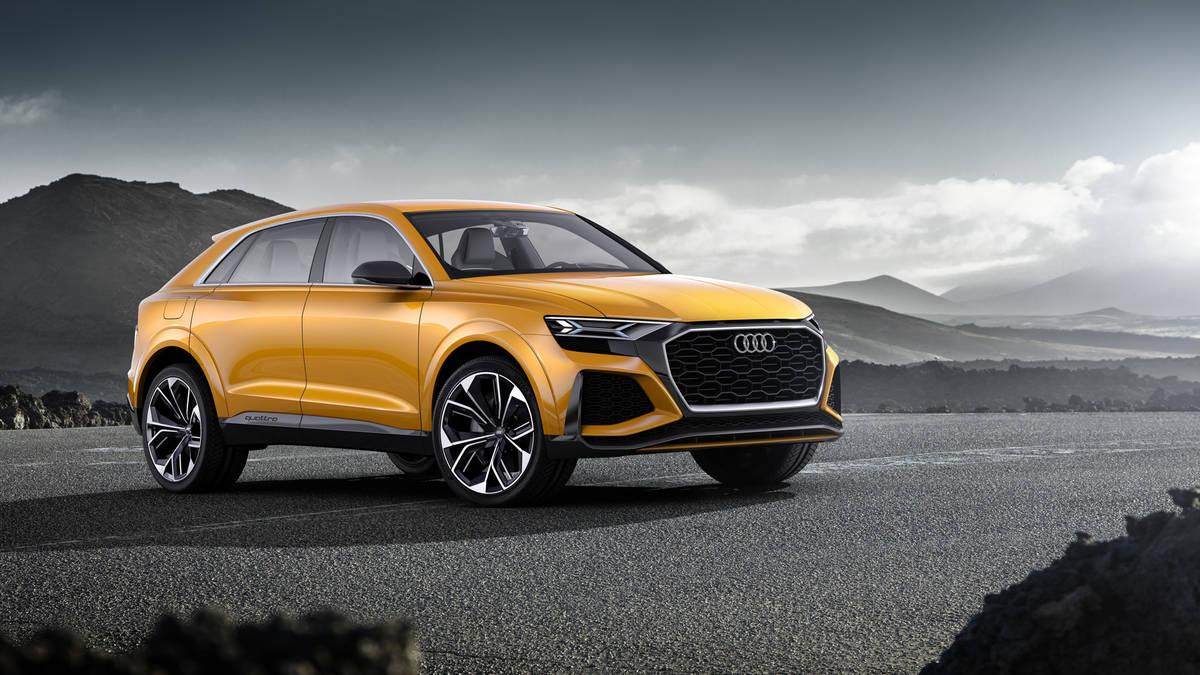 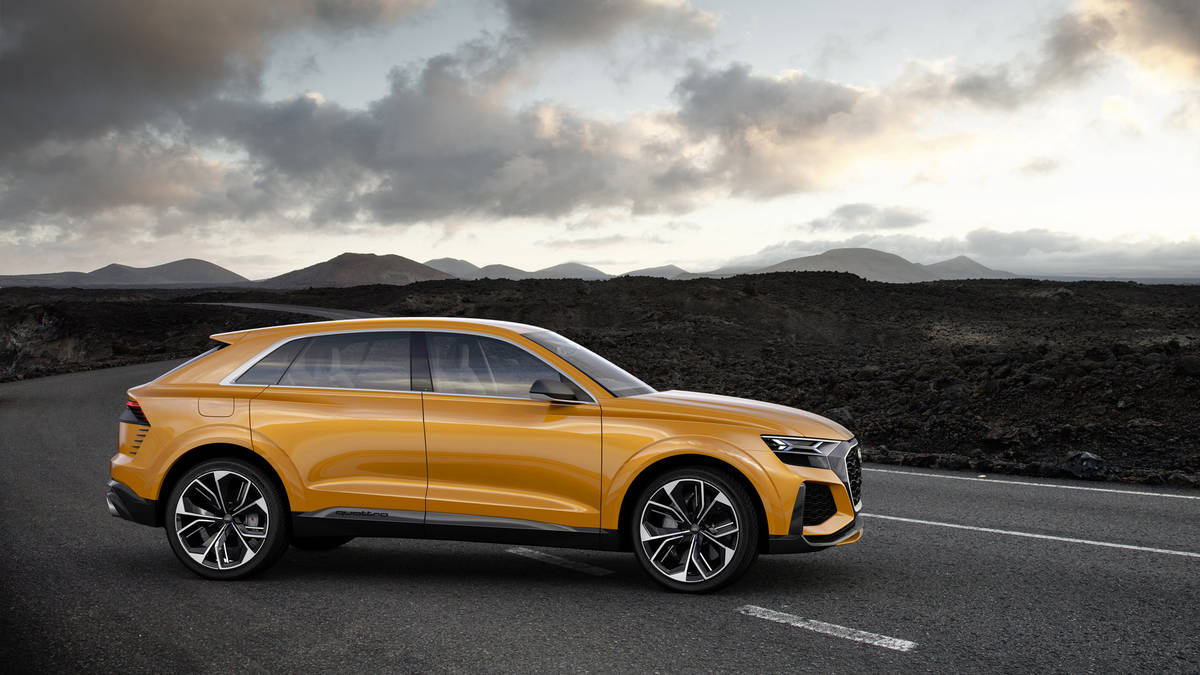 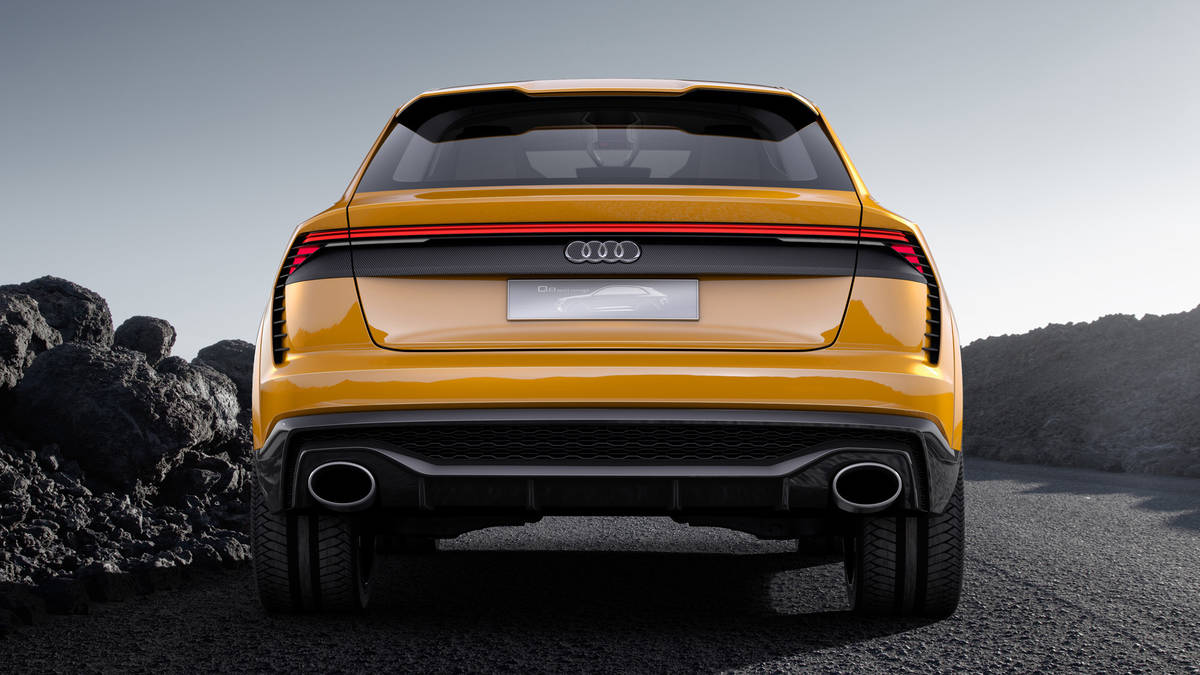 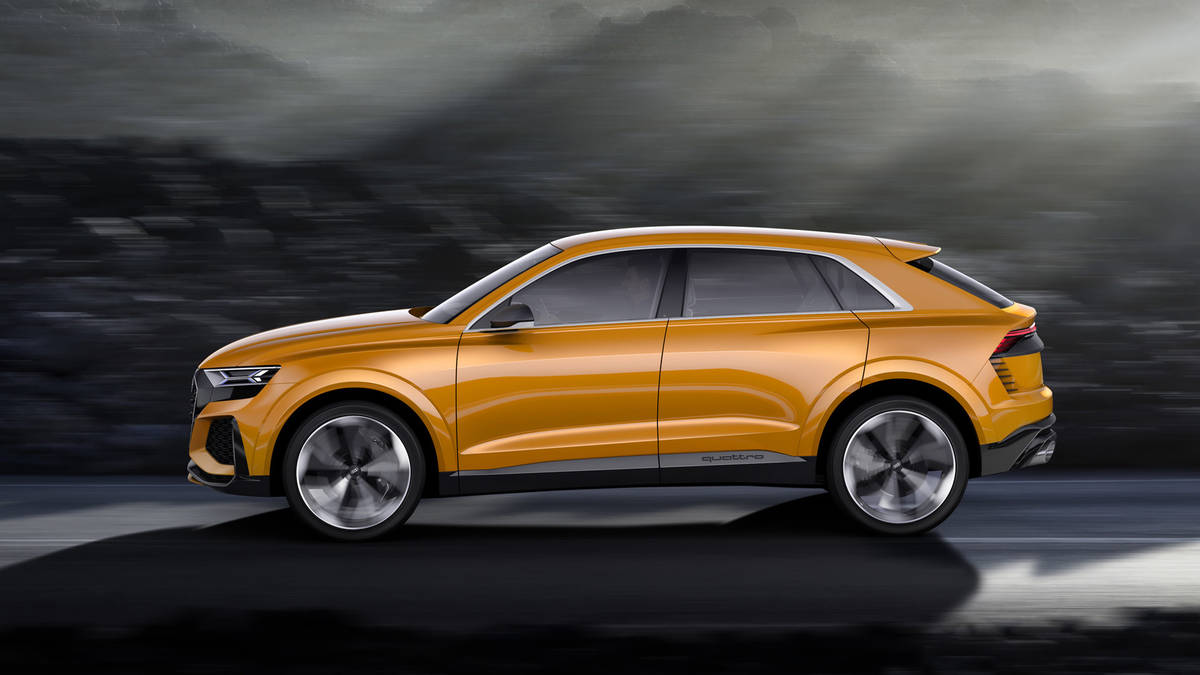 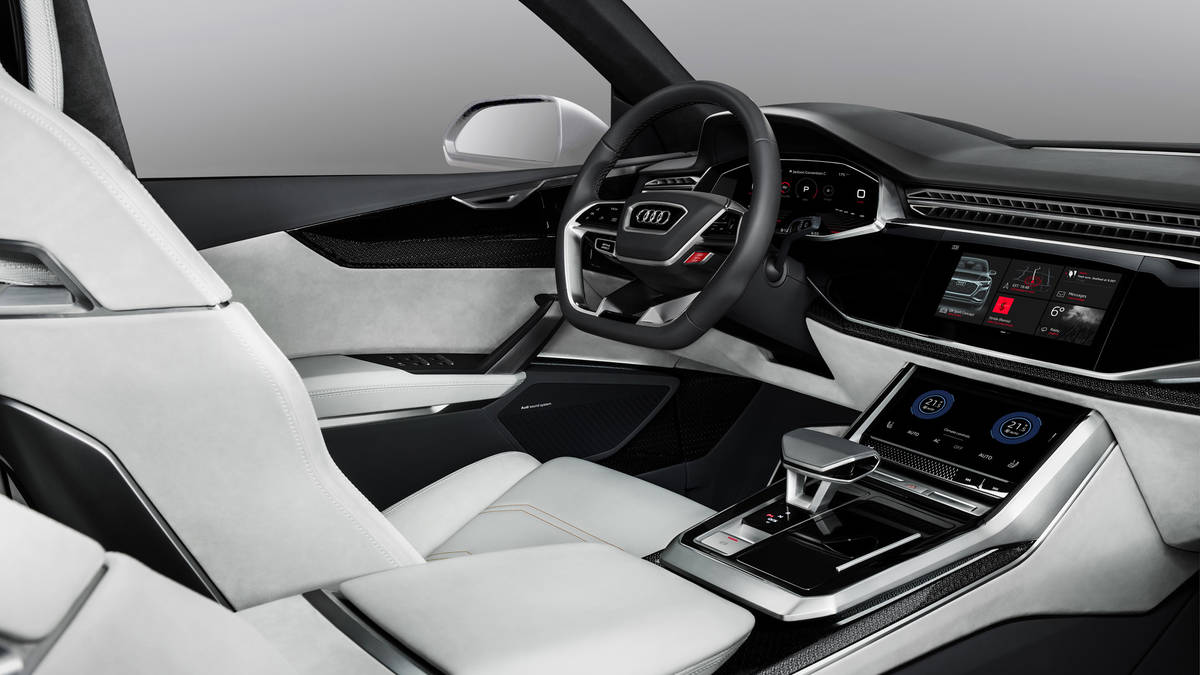 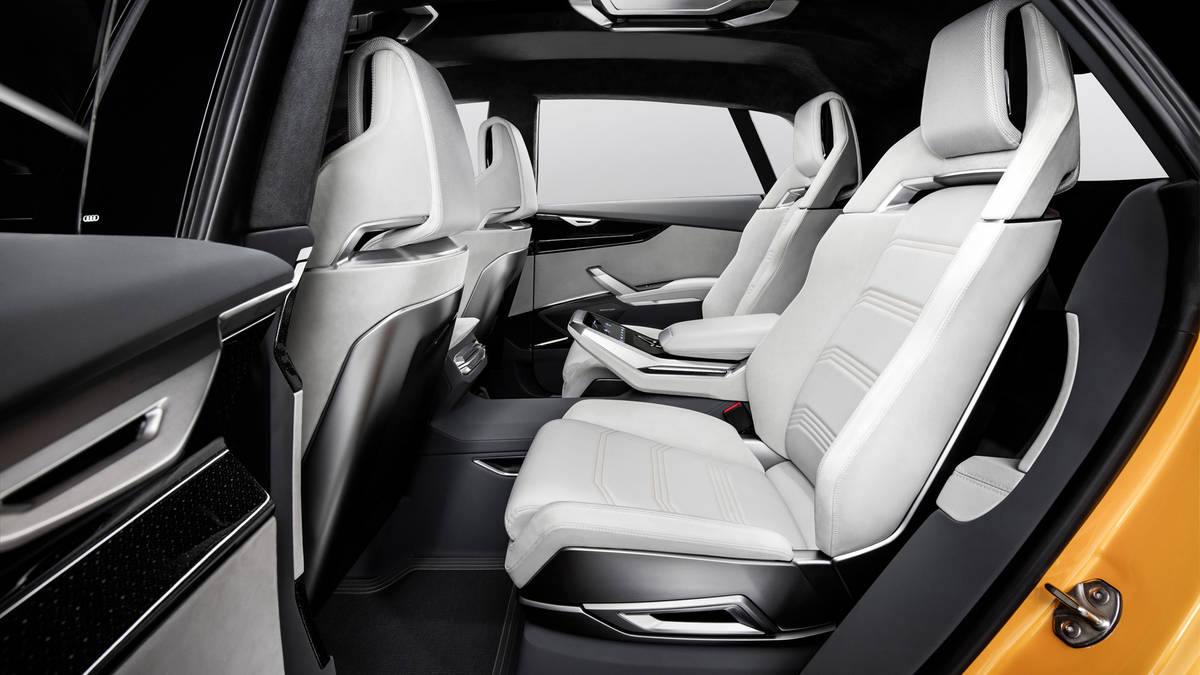 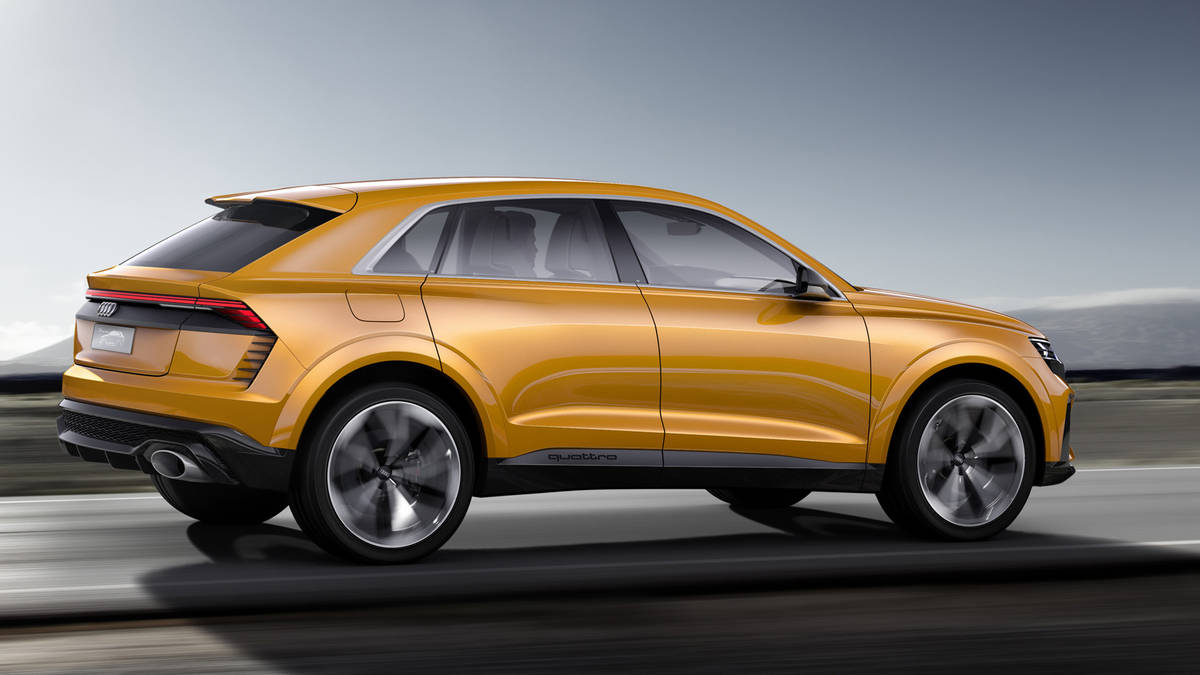 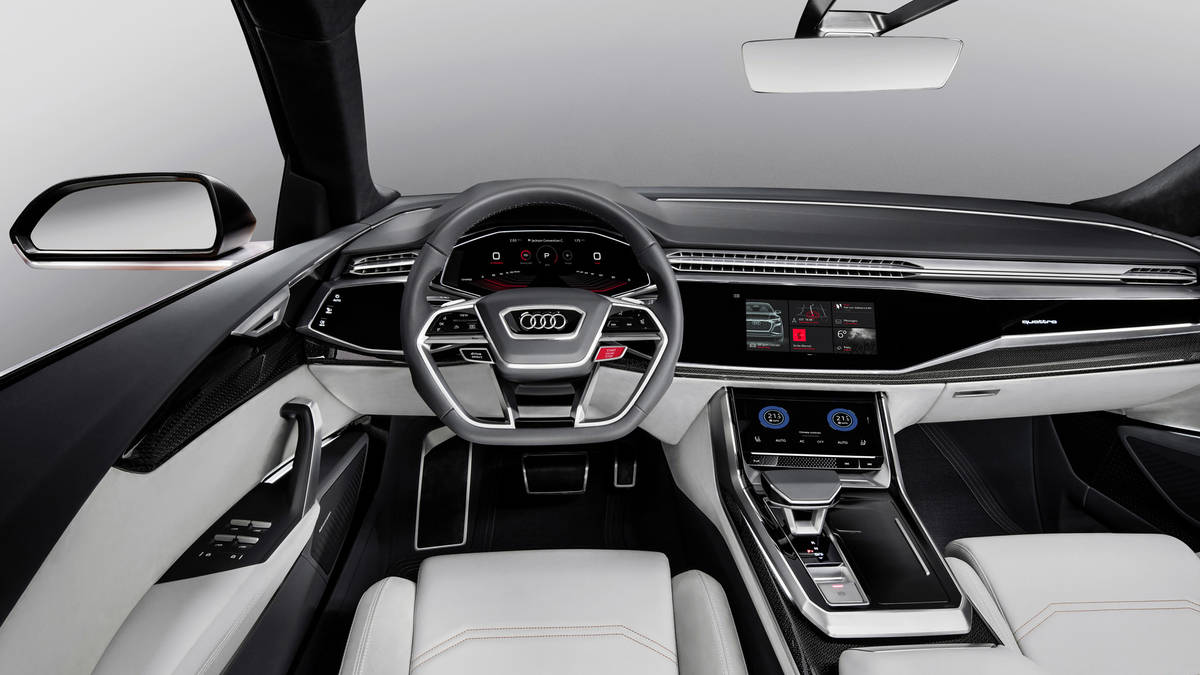 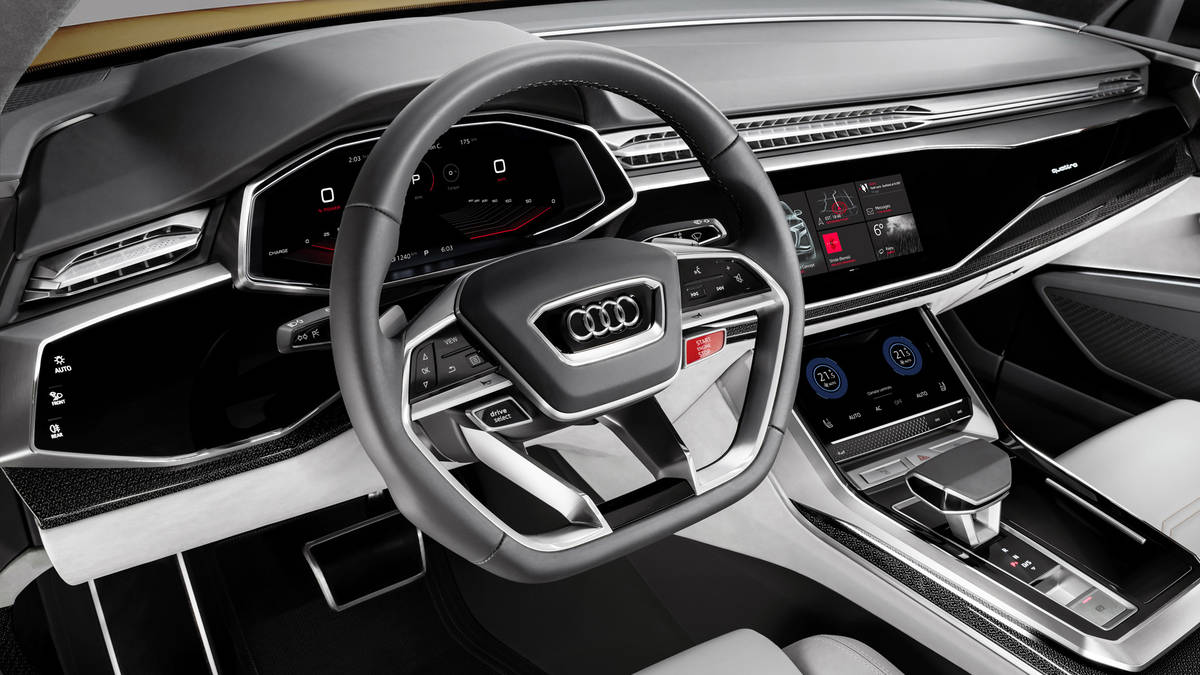 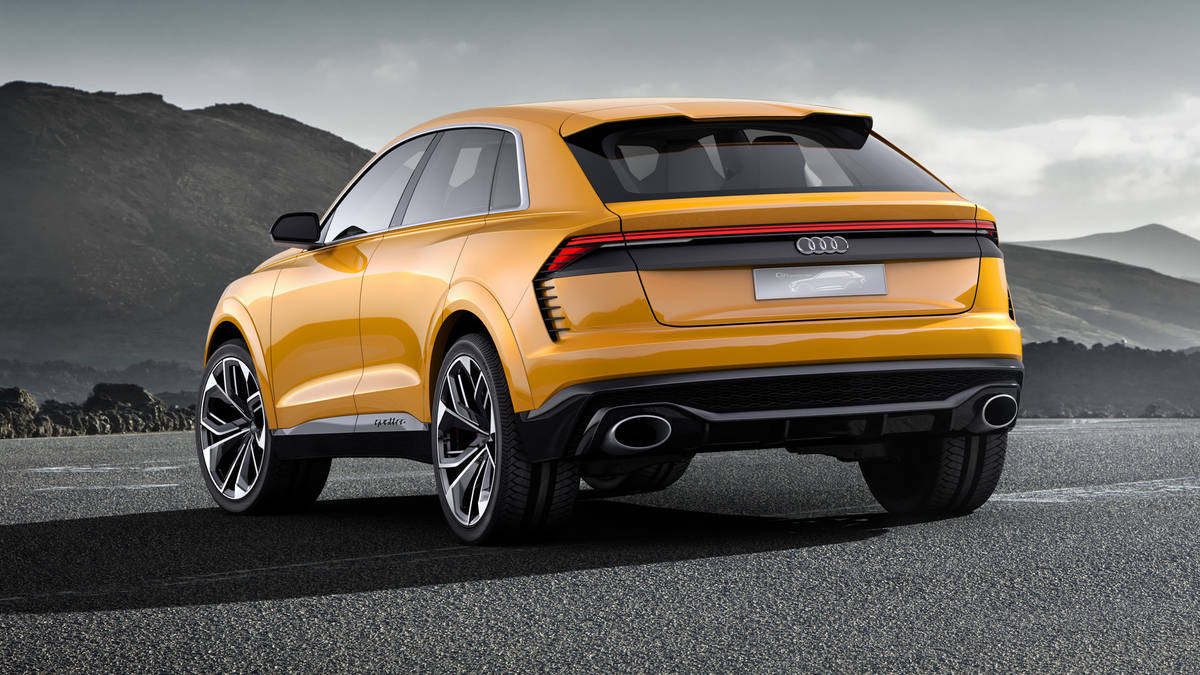