We’ve all heard the rumors of the BMW i3S, a sportier, more exciting variant of BMW’s famous electric hatchback. While the i3s won’t be fast by any modern standards, it’s going to be quicker than the standard car and more enjoyable to drive. We think this upcoming BMW i3s has been caught testing, wearing a bit of funky camouflage.

The giveaway that it’s a BMW i3S is the suspension, which seems considerably lower than the standard car’s. This would indicate its sportier nature. Though, its tires are still as skinny as the normal car’s which means they’re basically glorified bicycle tires. So it won’t be much sportier, but it will have a sharper edge. 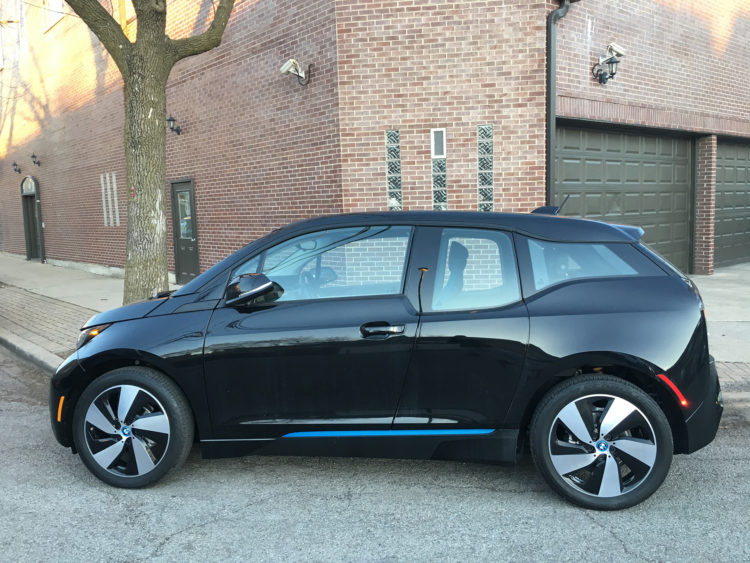 At the back and sides of this BMW i3 test car, there are small little plaques that read “Hybrid Test Vehicle”, however it’s likely to be a pure BEV. We don’t see a second fuel filler cap, so we don’t think it’s a hybrid with a gasoline range extender.

The current BMW i3 packs 170 hp and 184 lb-ft of torque from its electric motor. That helps it get from 0-60 mph in around 7.1 seconds, which isn’t very much by modern standards. However, the BMW i3S could pack a bit more and drop that to under 7 seconds. That would go a long way to make the i3 more fun and possibly get more enthusiasts involved.