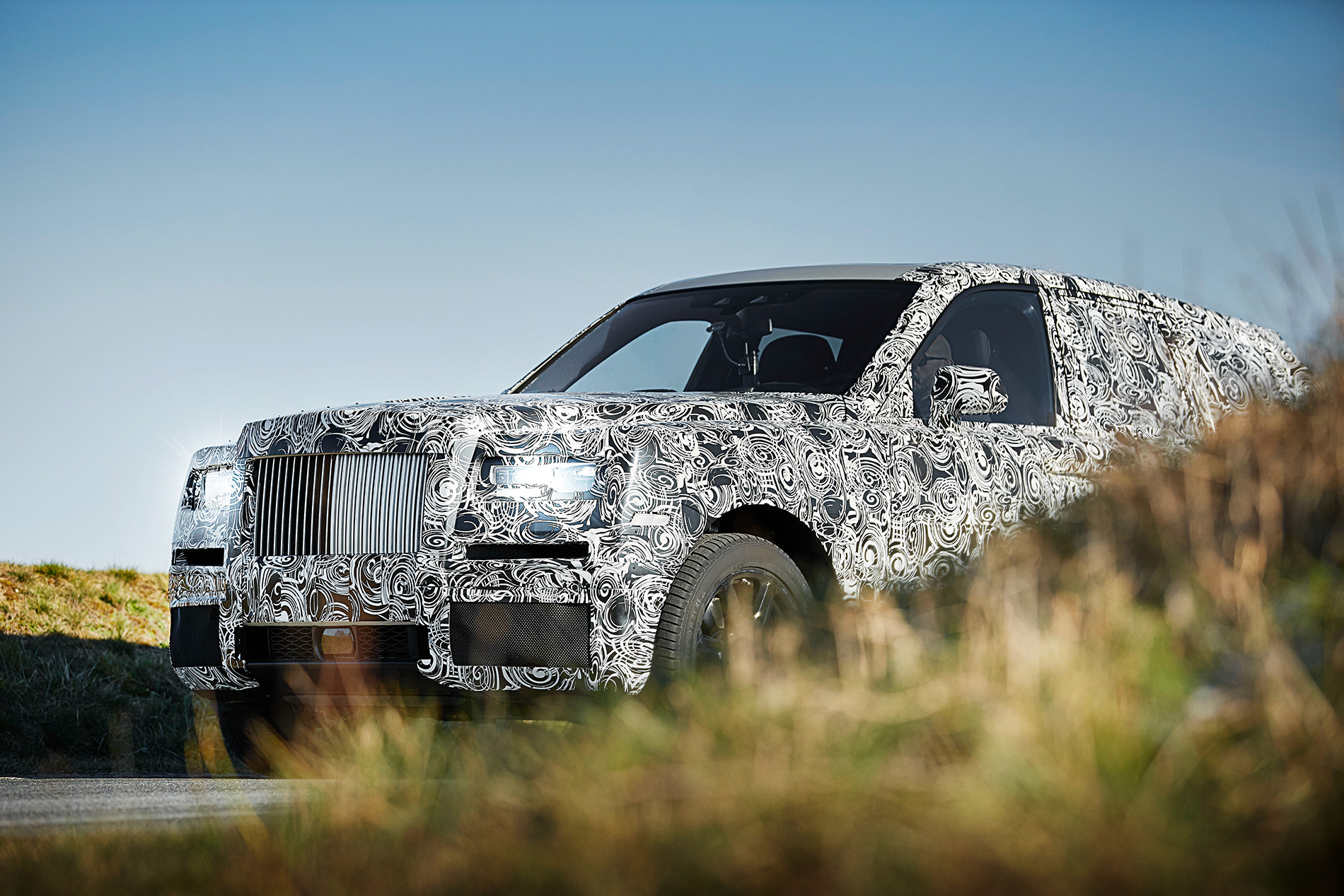 Until now, every spy shot we’ve seen of the upcoming Rolls Royce Cullinan SUV, it’s been hard to tell what it looked like and it never really looked like a proper Rolls SUV. Now, though, there are some new spy photos of the Cullinan driving around in the snow, covered in camouflage and it looks like a proper Rolls: large, imposing and elegantly brutish, if that makes sense. (We don’t own the spy photos but they can be seen at Motor Trend)

Some of the previous Rolls Royce Cullinan spy photos we’ve seen in the past have looked like a Phantom on stilts. This, however, is a genuine SUV and looks big enough to house seven adults, although it likely won’t have an option of seven seats, much like its Bentley Bentayga rival. The back seat will probably be incredibly expansive, allowing for rear passengers to really stretch out. It’s also quite tall and boxy, giving passengers impressive headroom while still in keeping with the Rolls Royce design language.

The front end is massive and imposing, looking as if it’s going to smash and eat any plebeian pedestrians that get in its way. It has the typical upright grille and squinty horizontal headlights that we’ve come to know from Rolls Royce and it works. The Rolls face doesn’t look odd on an SUV, it actually looks quite natural.

Underneath the skin, the Rolls Royce Cullinan will be built on a new all-aluminum architecture that will be significantly lighter than the platform current Rolls vehicles are based on. This will make it simultaneously stiffer and more luxurious than before, as well as giving it sharper dynamics, better performance and increased fuel economy. Addition by subtraction.

The Cullinan will also be powered by a twin-turbo V12 engine and an eight-speed automatic transmission which will power all four wheels, making this the first all-wheel drive Rolls Royce. When it finally hits the market, the Cullinan will have to compete with the Bentley Bentayga, chiefly, and possibly the Lamborghini Urus. In the future, the Mercedes-Maybach SUV will also debut to take on the extra-large Rolls.